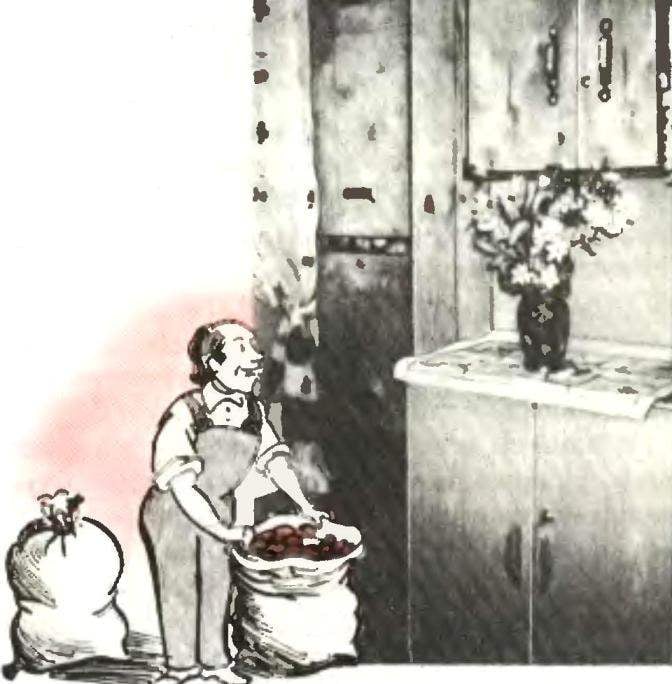 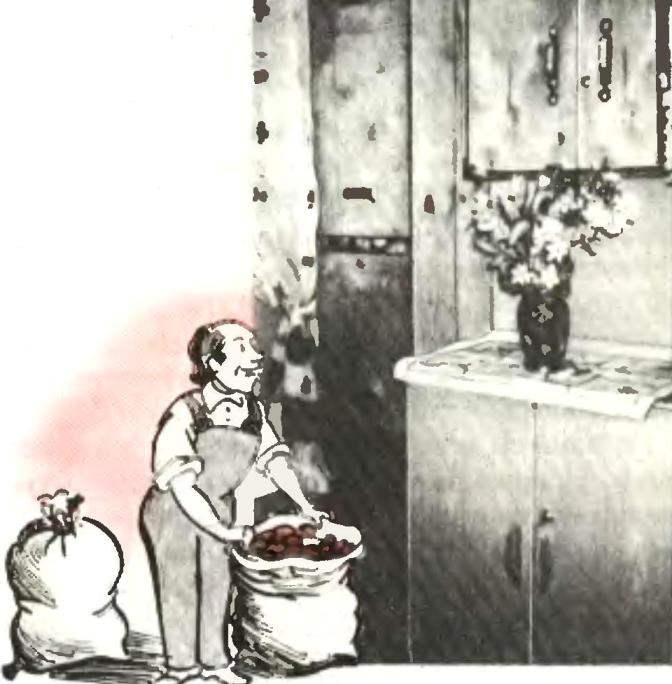 In our area, where most of the year is negative or close to zero temperature, it is foolish not taken advantage of the free cold storage of vegetables, fruit, roots. It would be nice. for example that the houses were built with the corresponding chambers in the walls of the kitchen, where he was would be Santa Claus. But somehow, the architects of this not yet provide. However, the situation can be corrected by yourself. I have made and for several years successfully operated kitchen wall Cabinet-column for storing potatoes. Through the intake tube, it enters from the street the cold air. Overlapping holes if necessary, you can adjust the temperature in the column.

The Cabinet is made from boards in the thickness of 30 mm, two of them assembled the side and rear walls, lid and bottom. These elements are connected among themselves and with the lower part of the front wall, which is mounted on fortochnyh hinges to horizontal door brace. The side walls of the Cabinet have grooves to move the three sliding up and down of plywood panels with a thickness of 10 mm, forming the front wall. To download tubers panels-valves one by one rise up, dropping into place as the filling compartments.
Located inside (under counter angles) five shelves to spread out the weight of the potatoes and prevent it from being crushed. The slope of the shelves ensures gradual degradation of the tubers as they are spending (the bottom door).
On the side wall adjacent to the outer wall of the kitchen, reinforced the airbox, made of boards 10 mm thick. So it does not interfere with the rolling of the tubers at each end over shelves reinforced beveled wooden wedges. The box promotes a uniform distribution throughout the volume of the enclosure outside air that goes through the network of small and big holes: the first is evenly dispersed from the main mass of the potato, the second opened in the emptiness beneath the sloping shelves.
Cold air, as heavier, displaces warm layers through the existing cracks. Thus, the column is always under boost, preventing the penetration of heat from the kitchen. 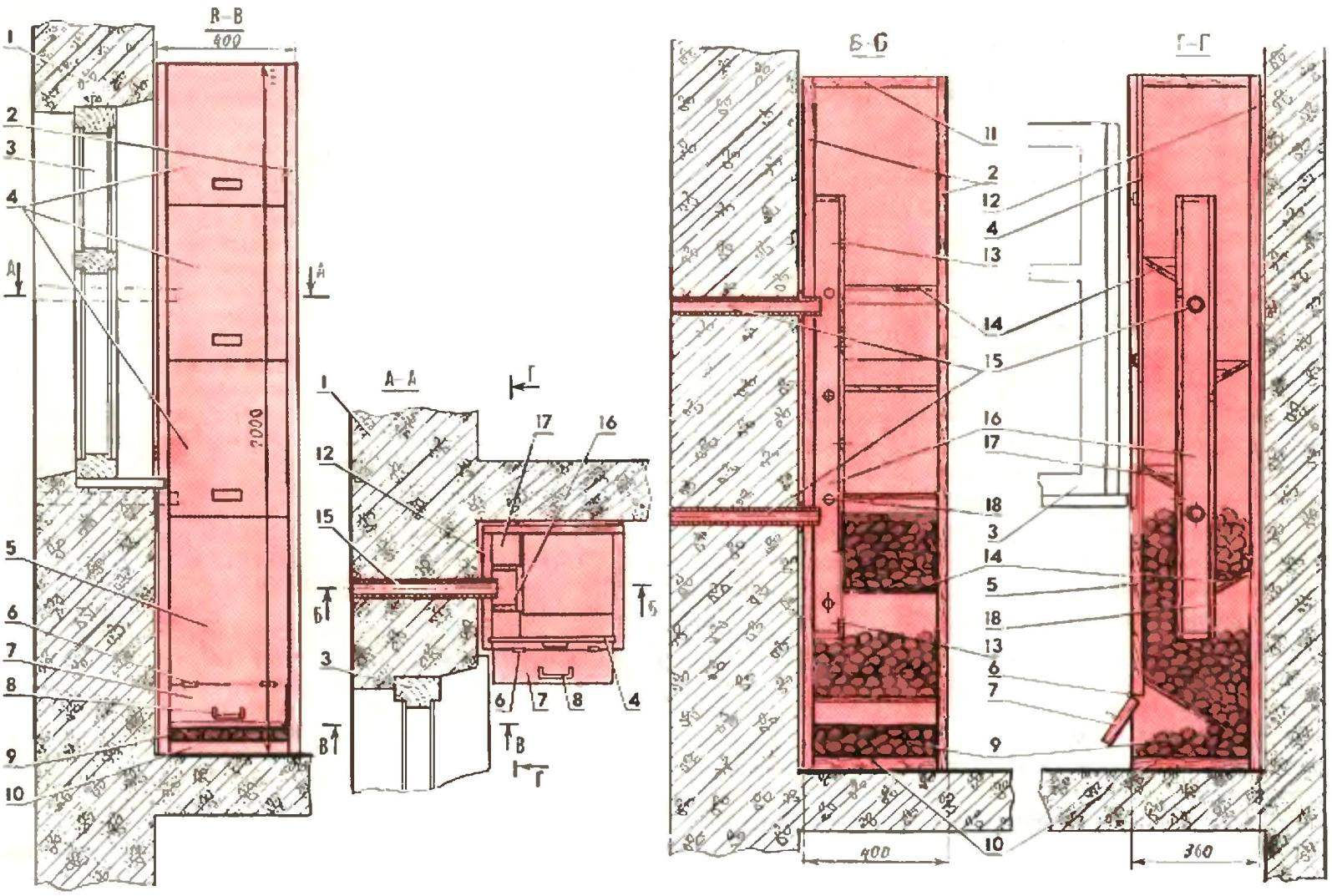 Kitchen column for storing potatoes:
1 – outside the wall, 2 — wall Cabinet lateral, 3 — window kitchen, 4 – panel-gate, 5 – panel front. 6 — hinges (2 PCs), 7 — door 8 — door handle. 9 — potatoes 10—the bottom 11 — cap, 12— rear panel, 13 – fence, 16 — box 17 — wedges, 18 – holes large.
In my design the diameter of the wall openings for the intake tubes was 25 mm. In the process of using the wardrobe it became clear that to regulate the amount flowing through the intake pipe of the outdoor air is almost not necessary, as their yield provides lowering the temperature in the column is only 10 — 15° C compared With room that ensures a relatively reliable storage of potatoes until spring. It is advisable to lay in late October when the first frosts appear. Tubers for planting are selected healthy, washed and dried. If the winter give warm, in January and February, they can start to germinate, which will require bulkheads. This procedure is simple and consists in the fact that all laid down for storage choose potatoes gradually from the bottom, treated and re covered it from above by moving the panel-catch.
To provide Cabinet with sufficient humidity in the upper compartment to hang a jar of water. However, this is not necessary if the potato has a fairly thick rind, for example, the so-called “sineglazka”.
The volume column provides storage for 150… 180 kg of potatoes. It is also possible to place 10… 15 kg of carrots or beets, suspended in bags or nets in the upper compartment of the Cabinet. But be sure to maintain in the column the necessary humidity.
V. NAZAROV