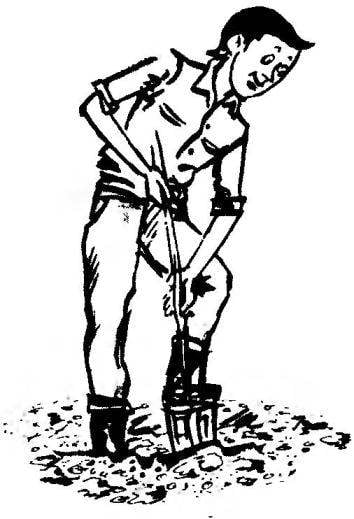 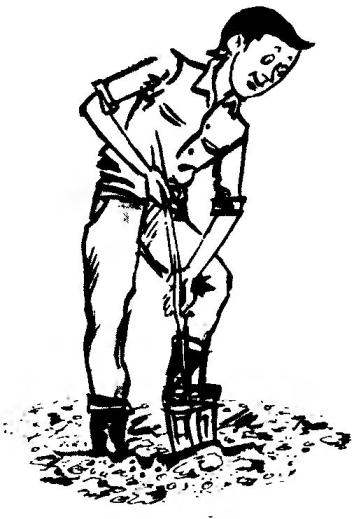 When I want to emphasize that someone has done a great job, in search of a suitable comparison involuntarily turn to the laborious digging of the earth and say: “They shovelled so much!” Then each at once all becomes clear, and his memory will surely emerge and the intractability of the soil, and aching back, and blisters on the hands…

Yes, the plot antediluvian digging with a shovel — not for the weak. Especially exhausting lifting blade bayonet cut off layer. You have to deal with the inexorable laws of physics, overcoming strained school basics, when weight 6…7 kg acts on the shoulder 0,6…0,7 m.
I propose a lightweight shovel (LL) allows two or three times to reduce labor costs. And not only through the framework of the bayonet, with a small area of adhesion formation, but also through the use of an auxiliary blade-concertlivewire, convenient for-speed-emphasis and optimum cutting.
LL to make even for a beginner, not to mention an experienced sa- * the reason. Scarce expensive parts and materials are not required. The welding operation is minimized. A simple tools — a chisel, a hammer, a drill bit with a diameter of 8.2 mm, a file Yes, a hacksaw — will be found in almost every home.
Where to start? Yes, even with cutting the blanks from a steel sheet, after their appropriate processing to obtain the right parts (POS. 1, 2 and 3). With a file, remove burrs, sharpen the edges. Then enjoy a production bushing and the spade. Blanks will serve as the segments of pipe specified on drawing dimensions. One end of the sleeve must be cut at an angle, the value of which largely predetermine ergonometrically characteristics of the entire shovel and at a distance of 30 mm from the second — to make a hole for M8 screws for secure mounting of the cutting. 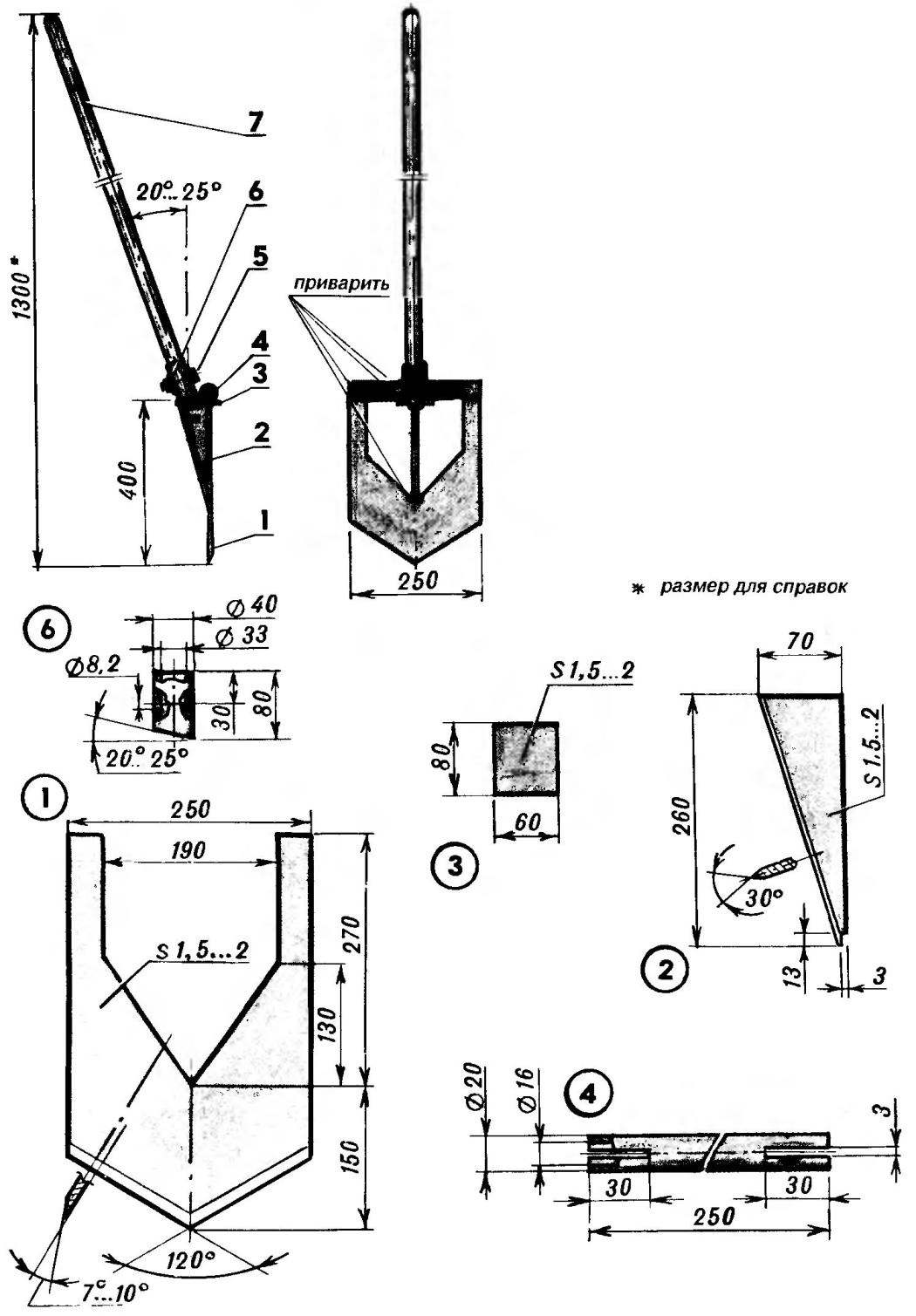 Upgraded shovel:
1 — bayonet framework, 2 — the blade-commerzreal, 3 — focus, 4 — spade, 5 — bolt M8 with nut and two washers, 6 — bushing, 7 — stalk.
As for the spade, then run it symmetrical, with a notch at both ends, where the insert with subsequent rigid fixing of welded seam of the sidewall framework of the bayonet. Welded staple and other metal parts of the shovel (with the exception of the above-mentioned bolt with nut and washers). The seams are clean and cover with nitroshpaklevok. Well, stalk vystrugat of hardwood and install in the sleeve.
Work with LL in something reminiscent of a ride on the wheelchair with lever-manual transmission. Digger zaglubljajut bayonet spade into the ground vertically at first (for the spade). The operator holds the handle at arm’s length in front of him. Pulling the latter on itself, and “selecting” the initial installation angle is equal to 20…25°, it easily tears off a rather large layer of the earth.
When driving up LL is the destruction of the layer on the support blade-concertlivewire and edges of the framework of the bayonet. Under the influence of gravity main part of the crumbling of clods falling in and not opened until the end of the hole, while a small amount of the loosened layer is submitted to a surface of the frame of the bayonet. Then the cycle is repeated.
S. HAMMERS,
Chelyabinsk