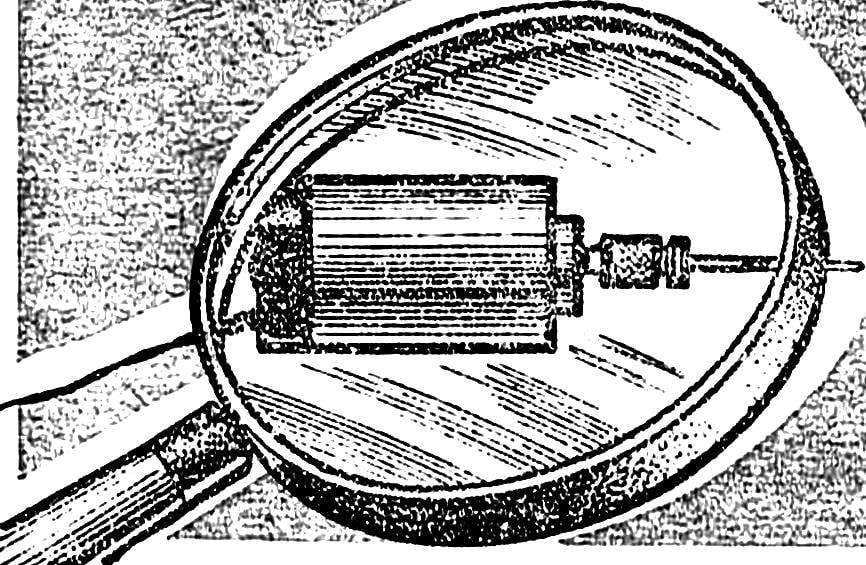 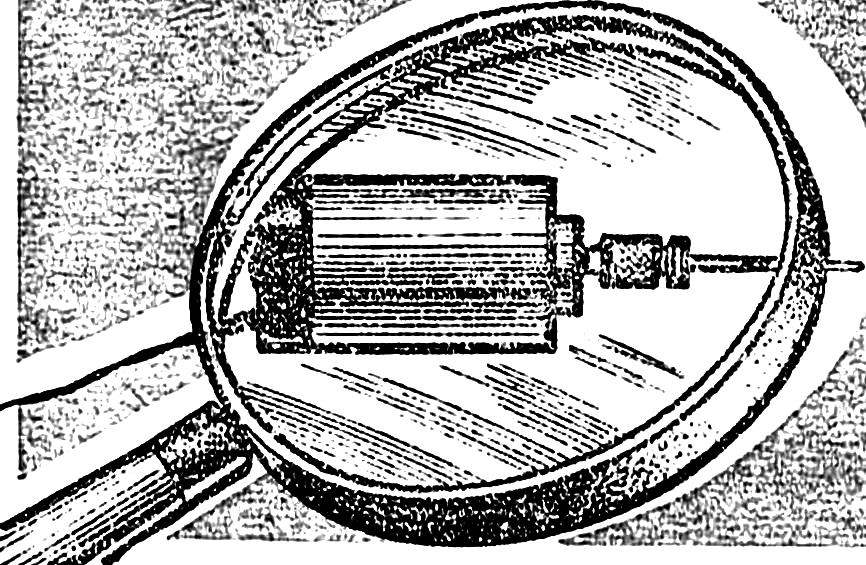 The construction of any model is unthinkable without cutting in detail dozens of holes in the first place is quite small, with a diameter of less than 1 mm. you Buy such a drill, of course, in retail they do, but what are they clamping? Drilling machine (ordinary, not unique), a drilling machine, especially a hand drill to microwell fit a little in their size and weight is not felt the force with which to press a drill, and a fragile cutting tool often breaks down.

I managed to successfully solve this problem by making microelectrode clamping three-jaw Chuck.
First of all, a few words about the motor. I used a brushed motor, for a voltage of 6 V with permanent magnets. The diameter of the output shaft 3 mm, weight about 100 g. However, it is possible to use other low-power electric motors such as electric shavers, or even from the electrified children’s toys. Therefore, the General form of microdrile landing size is indicated with the letter a corresponding to the diameter of the output shaft of the motor.
The cartridge consists of the following parts: bushings, three Cams, which are located in this bushing, rubber ring and clamping nut. The sleeve and clamping nut are knurled on the outside and bushing machined from brass or bronze, and clamping nut — steel. The choice of the dissimilar materials can significantly reduce the friction in the threaded connection, which is important when small diameters of these parts. 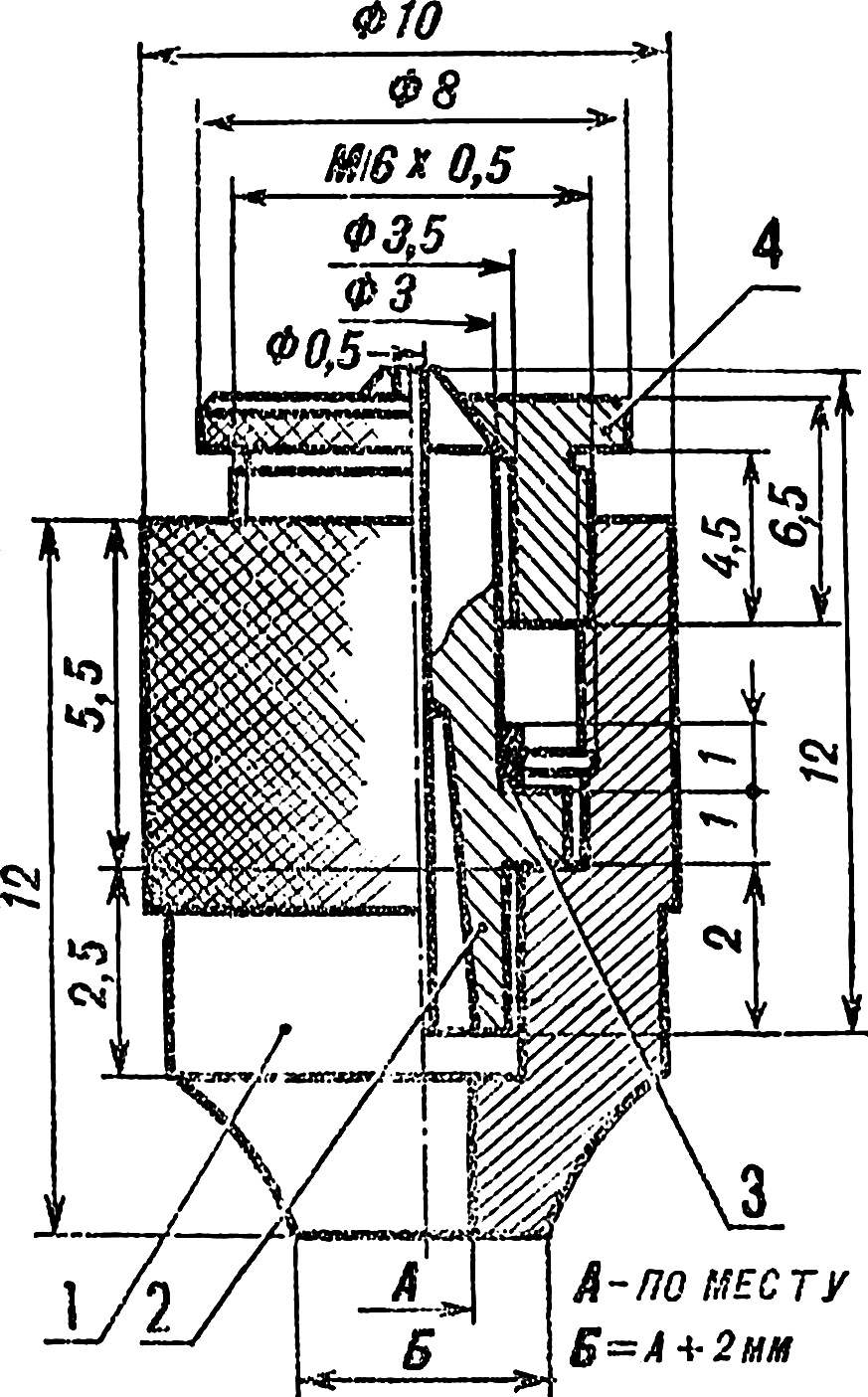 Cartridge for microelectrodes:
1 — bushing (brass or bronze), 2 — jaws, 3 — rubber ring, 4 — clamping nut.
The smallest and at the same time, the most critical parts — the clamping Cam (3 pieces). To make them, of course, you need to use a good lathe.
Not to make the knurling on the details of the holder as a preset I used terminal with knurling on the outer surface. After processing of the workpiece at the external contour it is drilled axial hole, which will require Razina mandrel. The workpiece initially is drilled approximately half-drill Ø 1 — 1,2 mm from the side that will be facing the bushing. Then flipped and drilled from the opposite side through drill Ø 0,5 — 0,6 mm.
The most difficult operation in the manufacture of Cam — cutting the billet into three equal parts. This can be done with a jigsaw, holding him sawing on metal, worn-out thickness on a grinding stone. It is desirable to make the device thin as possible, otherwise it will lead to the side to cut not pass through the axis.
After final processing, the Cams must be hardened, so the choice of material for these items should stay on a carbon steel (e.g. type “silver”).
Instead of springs that are normally used for unclamping the jaws, in my micropatron used a rubber band cut from a nipple of the tube, and the Cam propylene bevel, allowing them when loosening the clamping nuts lightly to disperse, to make it easier to insert into the Chuck of the drill.
The design proved to be reliable in operation, convenient in use. In addition to drills, I also used dental burs for engraving. The only thing that this requires — to reduce to 1 mm shank diameter cutting element.
I. SERDYUKOV