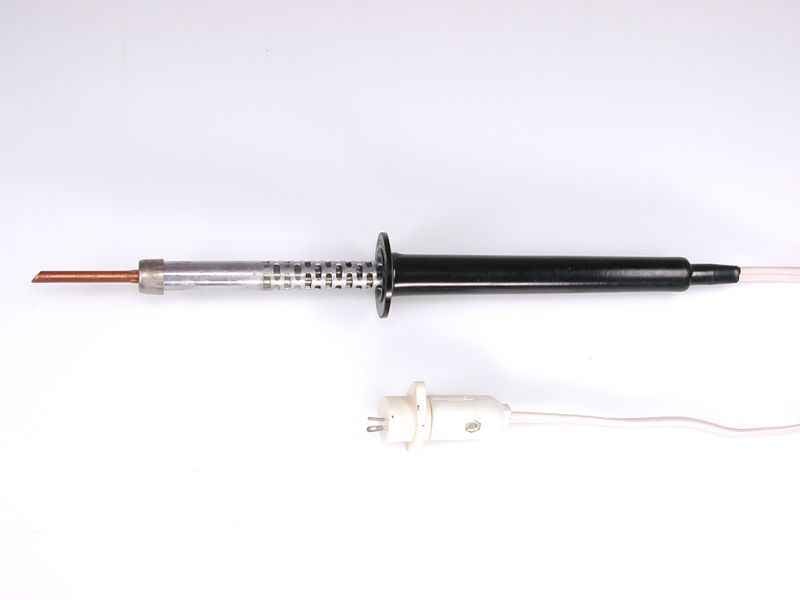 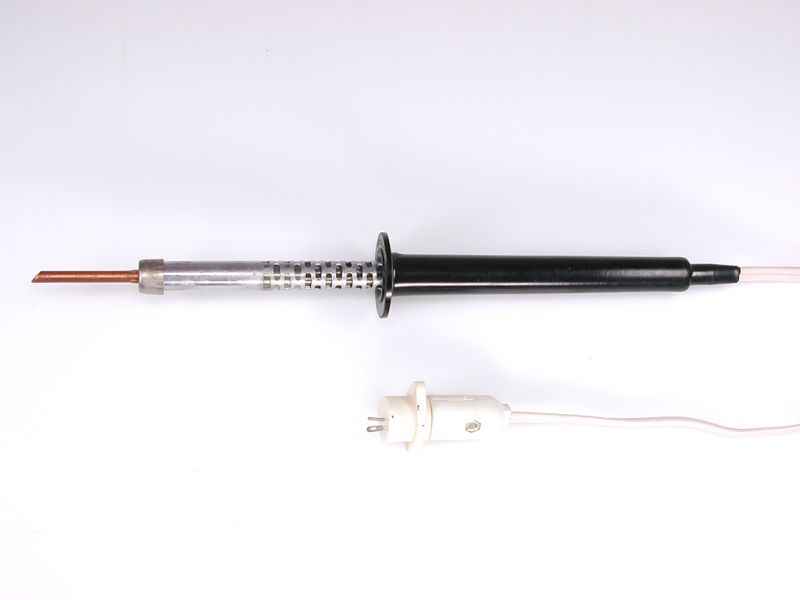 It is known that the temperature of the soldering iron depends largely on the quality of the performed installation. Are particularly bad (if not harmful) to overheat. Immediately deteriorating the quality of the soldering, there is a risk of peeling the printed wire Board, is accelerated wear of the operating rod, and even failure of the heating element. Sting often cleaned of oxides and overheated — not holding solder.

Everyone who is somehow connected with practical electricity and radio, offered to equip an important tool for it network a soldering iron — a homemade temperature regulator soldering tip (RTG). From the well-known analogues the device is of a simple circuitry (Fig.1) in combination with a high operational reliability of the structure itself. Moreover, the parts for manufacturing the device will require very little: a triac, a pair of LEDs and three resistors (one variable).

The “electronic heart” of the device is a triac КУ208Г (maximum permissible continuous off-state voltage is 400 V, the maximum allowable operating current in the open state is 5A and symbolic anode on the housing of the semiconductor device). 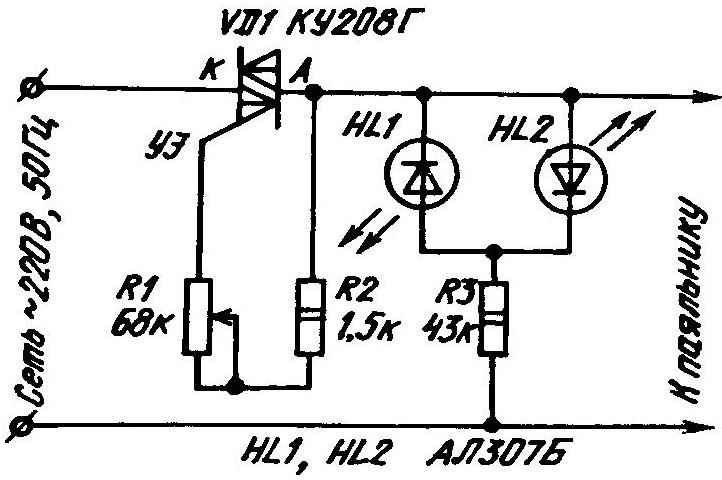 To understand the features of the proposed RTI and better appreciate its benefits are designed to help the waveforms of voltages (Fig.2). They shot at the checkpoint And circuit diagrams — in the most characteristic of the triac VD1 points in time, at different value of the total resistance of the “shells” of constant R1 and resistor R2.

Having agreed to count the angles of opening of the aforementioned semiconductor device from the beginning of the positive half-wave AC voltage coming from the network, the analysis first presents the oscillogram (Fig.2.1) it is easy to see that the initially small opening angles VD1 for the positive and negative half waves of the sinusoid depend on the size of the R2 resistor, when the resistance of the “shells” of R1 is zero. See also: at first the opening angle of the triac for the negative half-cycle greater than L1.

It is possible to predict (and the following waveform clearly confirms) that at 270° of the negative half wave is blocked by the triac sooner than the positive half-wave reaches 90°. Will no longer light up the led НL2 (Fig.2.3). Triac VD1 start the transition to the thyristor mode of operation.

Another thing — when the voltage is suddenly reduced, and the soldering iron has a spiral, is powered by 220 V. In this case, the variant RTI is, in fact, unacceptable to reduce the temperature of the soldering tip (in low temperature solders becomes viscous and fragile soldering).

From the above it can be concluded: the scheme of the temperature regulation necessary soldering tip soldering iron, a heating coil which needs to be calculated for the opening angle of the triac 45°. 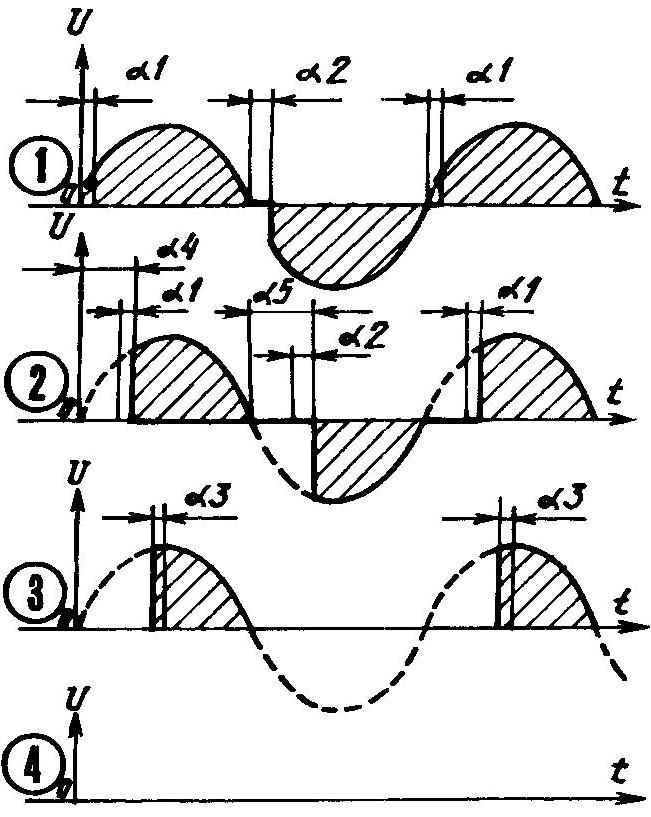 Fig. 2. Oscillograms taken at a control point and clearly describing the features of the operation of the triac at different points of admission of mains voltage

Performance both of these options are equal. At the stage of prototyping should be digitized in the angle of rotation of resistor R1, depending on the opening angle of the triac. It is possible to simplify a circuit diagram, leaving out the LEDs in it only НL1, which will indicate that the network has a voltage RTI and functioning normally.

Case and circuit Board for a homemade device designed to regulate the temperature of the soldering tip can serve as a heat-resistant box of suitable dimensions, made for example of one-sided foil fiberglass (about how to do so, see number 2 of the journal “modelist-Konstruktor”, 1999). Even better — compact mount all karbolovoj outlet square or cylindrical in shape with a cord already attached, tucked into the plug.

A variable resistor is advisable to secure the inside on the side wall of such peculiar extension is becoming more and triac voltage regulator (in the special case of reliable network RTG soldering iron). On the axis of “shells” that is printed out, it is desirable to establish for the convenience of the handle and provide the timeline.

I am sure that a homemade device will be satisfied.