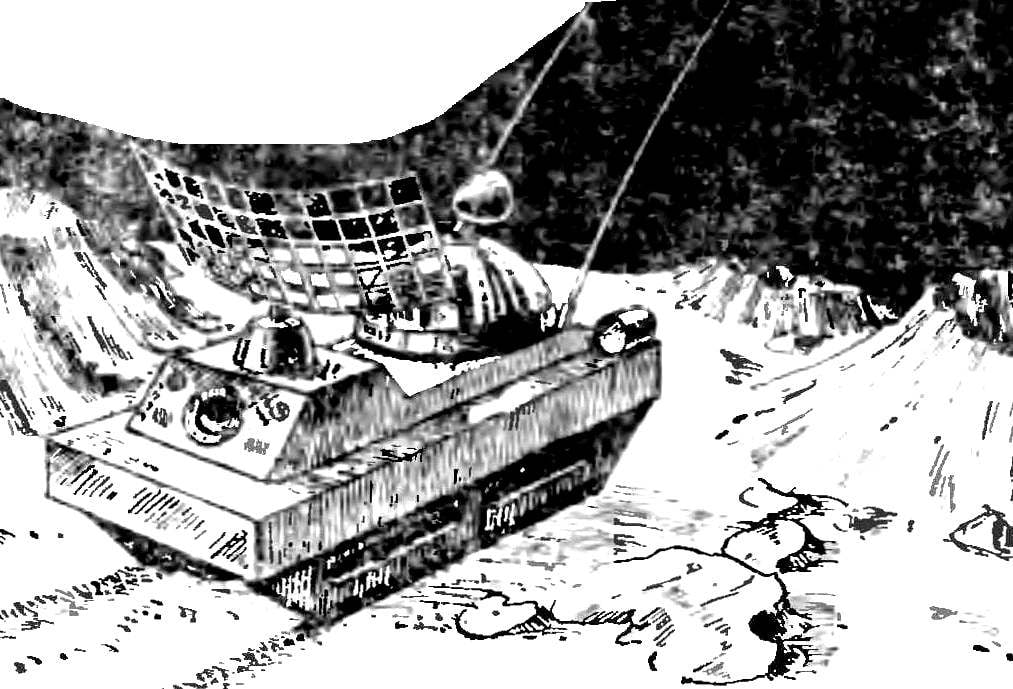 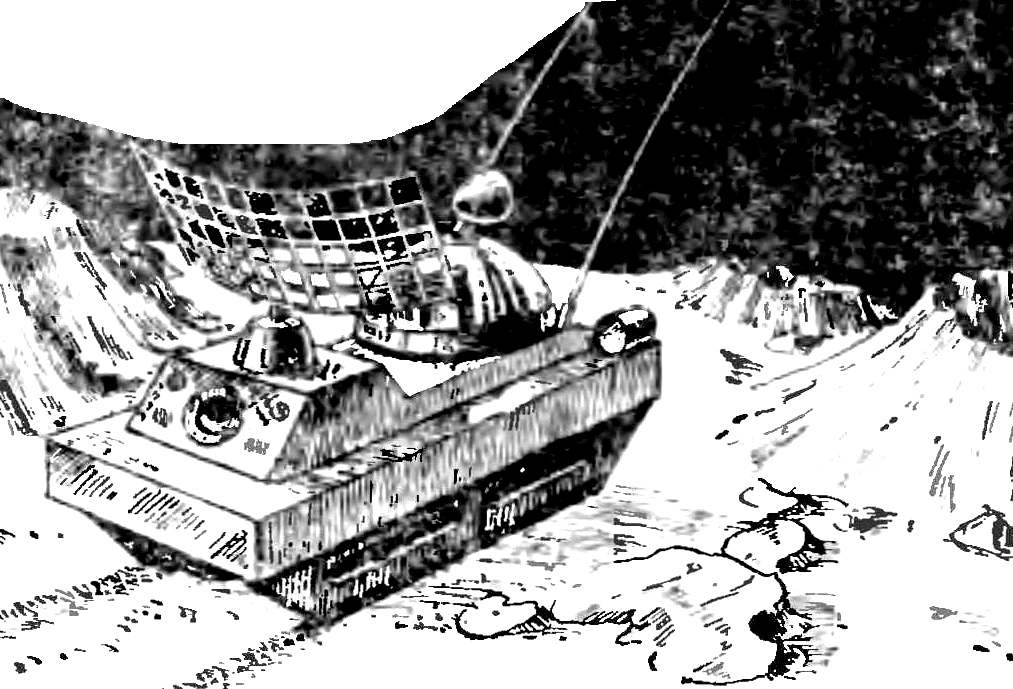 Nutrit simple enough that it is able to make even an aspiring young designer. And at the same time, the model demonstrates how without wheels, propeller or caterpillars can move miniature vehicles.
The model (Fig. 1) consists of a body, bent from sheet metal or plexiglass, mikromotorchika, mounted sloping on a special rotating bracket, 4.5 V batteries from a pocket flashlight, eccentrics and switch. In the reference edge of the hull to make a hole and missed yarn — to reduce friction and reduce noise. 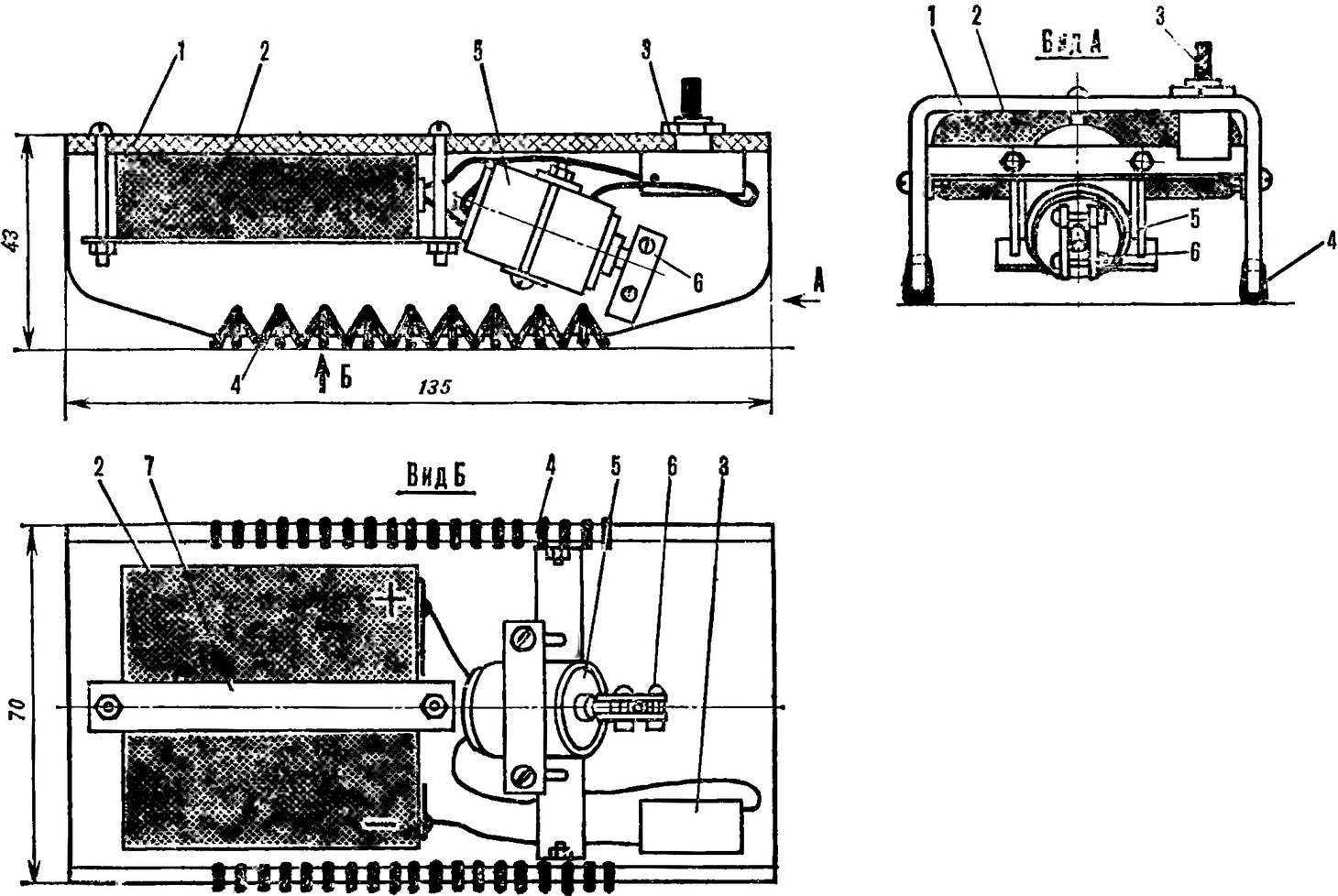 Fig. 1. Scheme nutricide:
1 — housing, 2 — battery 4,5 V, 3 — switch, 4 — filament winding, 5 — motor, 6 — eccentric 7 — mounting strap.
During the rotation of the eccentric occurs centrifugal force, one point of which is directed downwards and backwards, then the model clinging to the surface, freezes in place, the other up and forward: the mass of the model “neutralized”, there is a movement. Stability is ensured by installing two opposite eccentrics (Fig. 2) or rotation axis eccentric in a direction opposite to the direction of rotation. 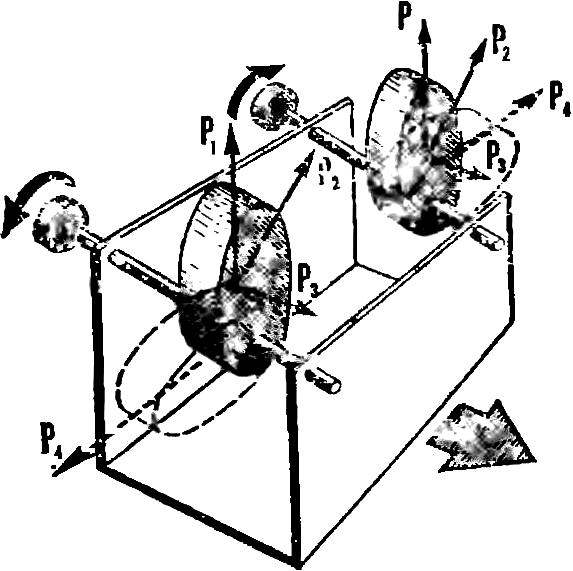 Fig. 2. The scheme of installation of two eccentrics-disbalansov.
This principle can be built not only interesting toys, and to models of real constructions — sealing of the roadway, the cargo sled and other all-terrain machines.
Z. GUN