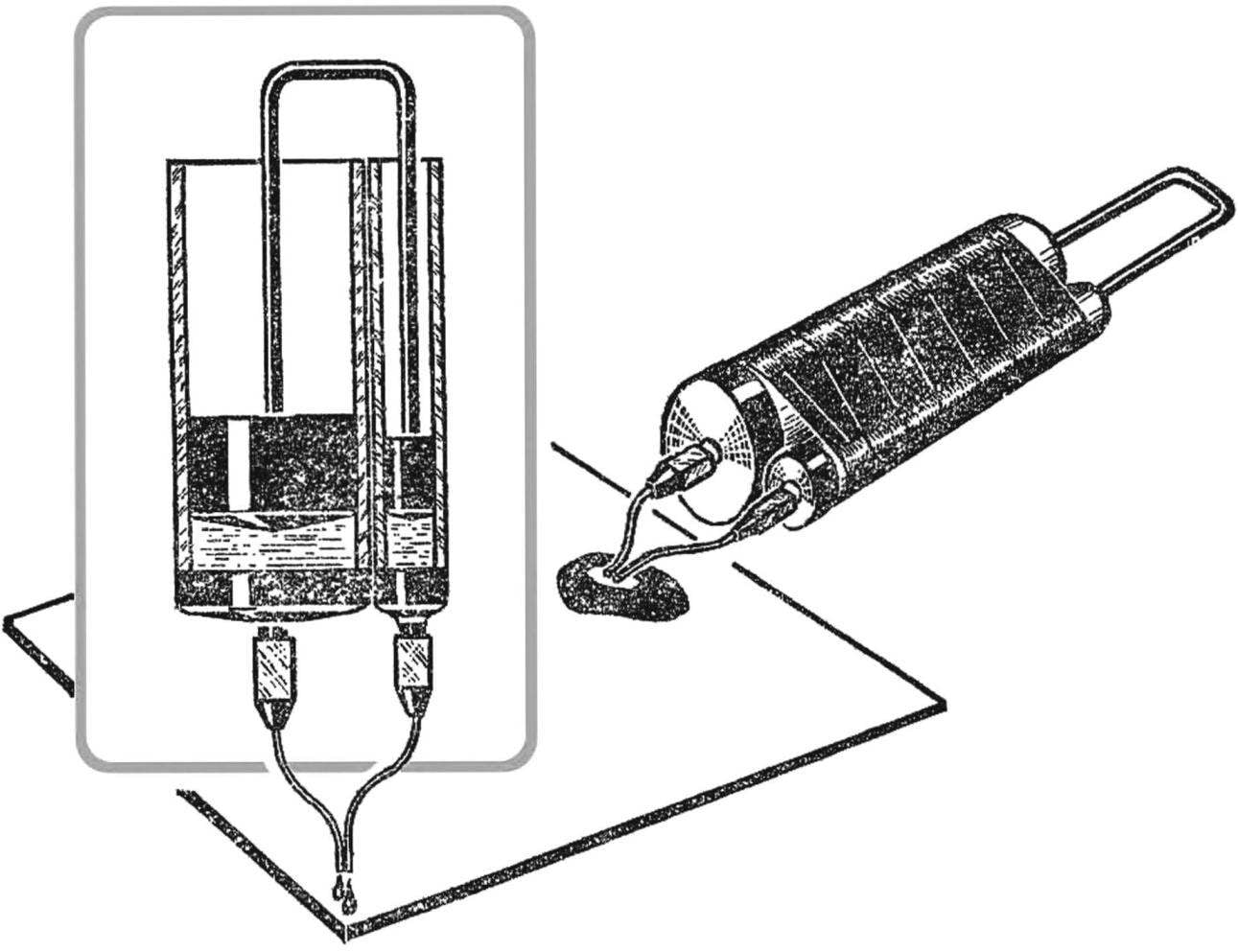 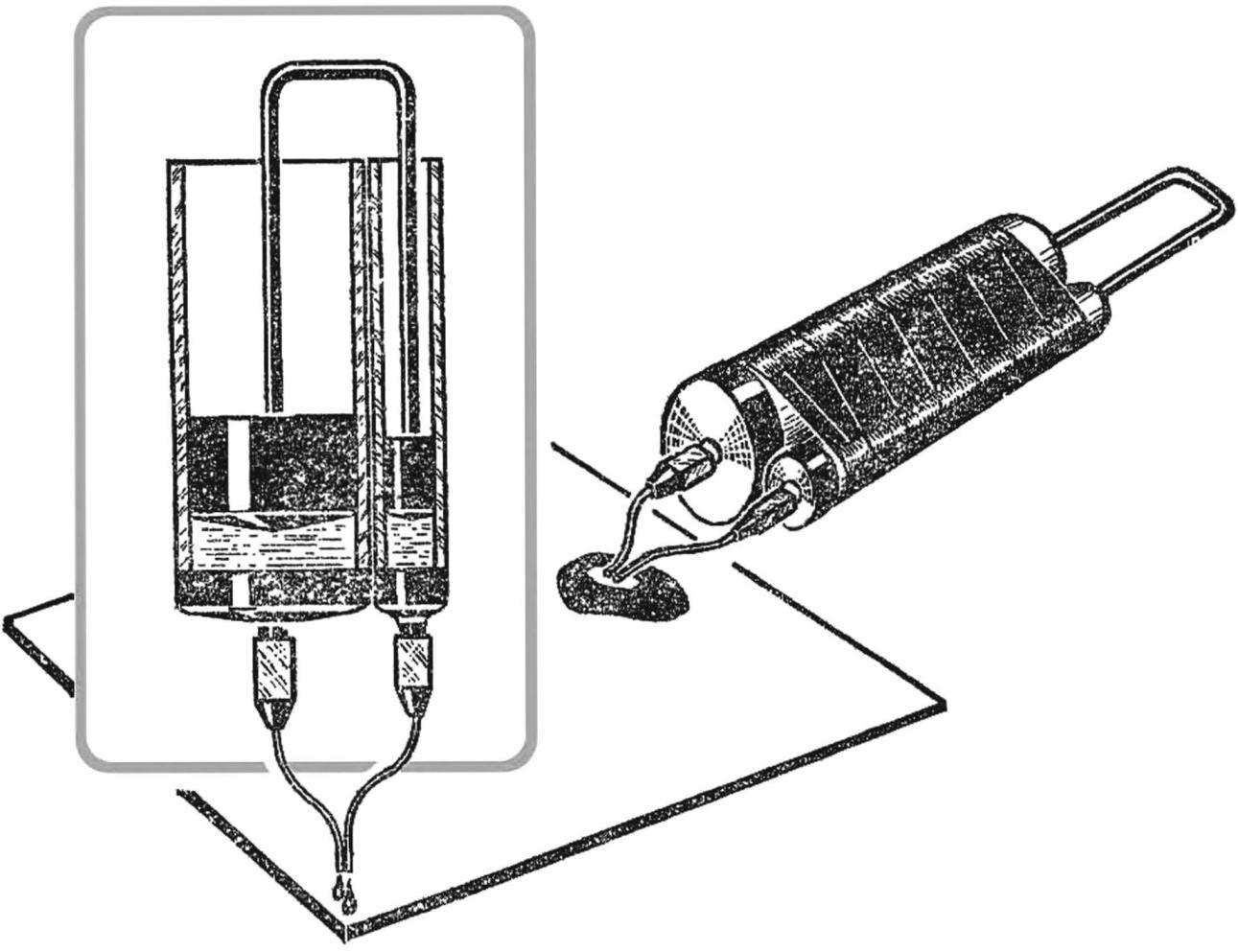 Epoxy adhesive, as is known, consists of two components: resin and hardener. Before use, the components are mixed in the ratio of 8 : 1 (by volume). It’s easy, especially when the operation is performed with a sufficiently large amount of resin. But sometimes (especially modelers) need only a few drops of universal glue. Observe in this case, the necessary proportion between resin and hardener is not as easy as it is a very meager number of components necessary to measure at the same time.
To help you will be able the dispenser shown in the figure. Using it, you can receive arbitrarily small amount of the mixture in strictly defined proportions. The dispenser consists of two connected together medical syringe with a ratio of 8 : 1, that is, the inner diameter of one syringe should be less than the other approximately 2.8—2.9 times. Among themselves they are connected to vinyl chloride tape. The cannula syringes to put on a standard needle with cut ends and bend as shown in the figure. Piston rods are replaced with new bent-steel wire Ø 4 mm; at the ends of its threaded corresponding to the thread in the pistons.
Pouring the hardener and resin is made from top previously removed from syringes pistons.
Use the dispenser in the following way. On a clean dry surface (glass, tile) squeeze out the appropriate number of components, which are then thoroughly mixed wooden or glass rod.