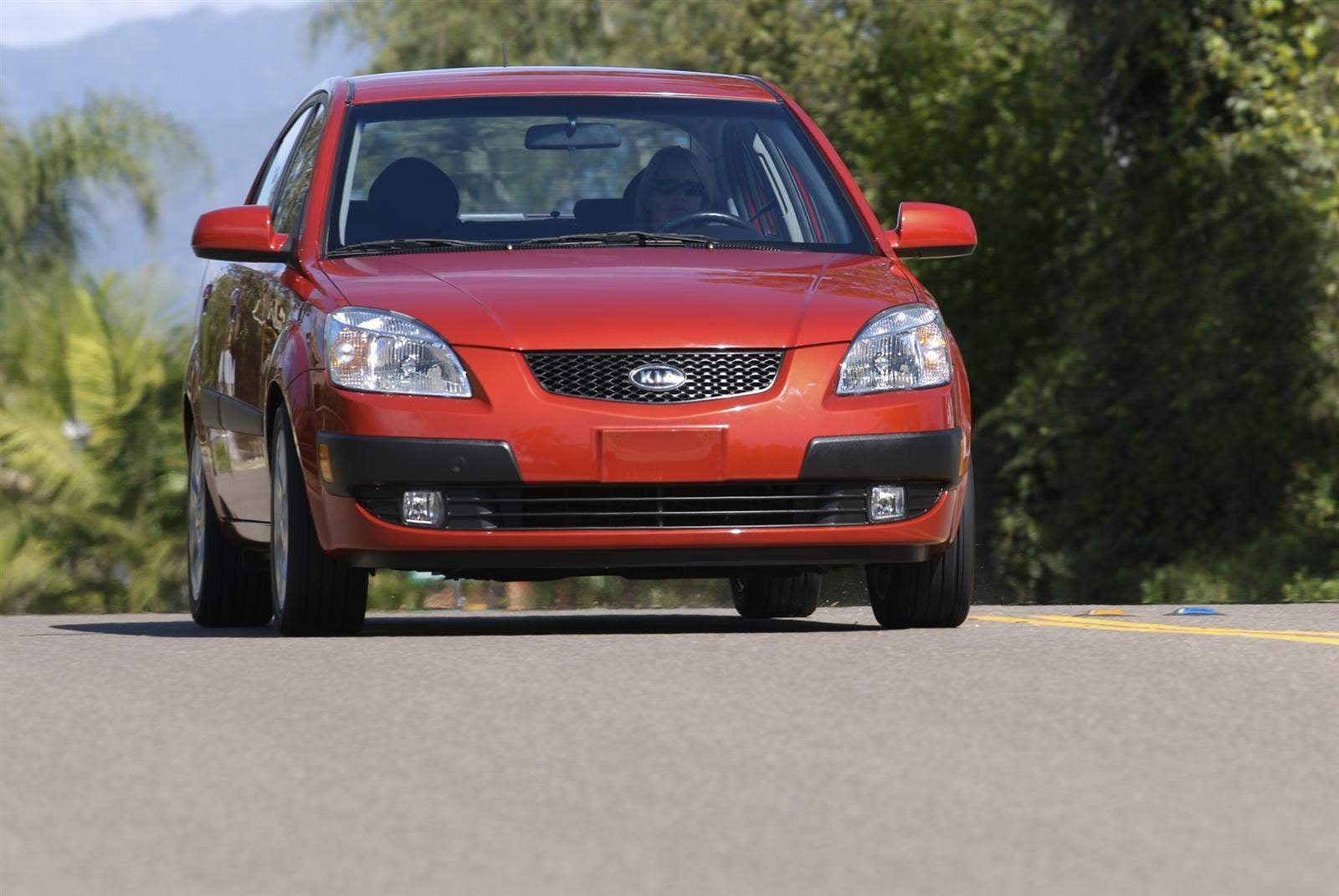 The global economic crisis has piqued the interest of buyers to a relatively inexpensive, compact and economical cars. One of them good demand and Kia Rio — Korean car size class. Korean company KIA (now the KIA MOTORS Corporation), prior to 1944, producing bicycles, his automotive career began with the Japanese copying machines — first of all of the models of MAZDA. However, in the future, KIA MOTORS found “a General line” — including when you create a car size class.

The latest version of the Kia Rio was released in 2005. The vehicle is significantly modernized — in particular, improved its interior and driving performance. However, experts complain about the lack of efficiency of the automatic transmission and no manual mode shifting, but at a leisurely city drive these shortcomings are unimportant.
Build Kia Rio was launched in Russia, the plant IzhAvto — first SKD, and then fully. Unfortunately, in present economic problems have put the company on the brink of bankruptcy, and there is no clarity with the release of a Korean car.
Kia Rio: length — 3990 mm, width — 1695 mm, height — 1470 mm, base — 2500 mm, ground clearance — 155 mm, drive front, curb weight — 1080 kg, the boot capacity — 270/1110 l, working volume of engine — 1,339 liters, and capacity of 97 HP and a maximum speed of 168 km/h, acceleration from 0 to 100 km/h — 14 s