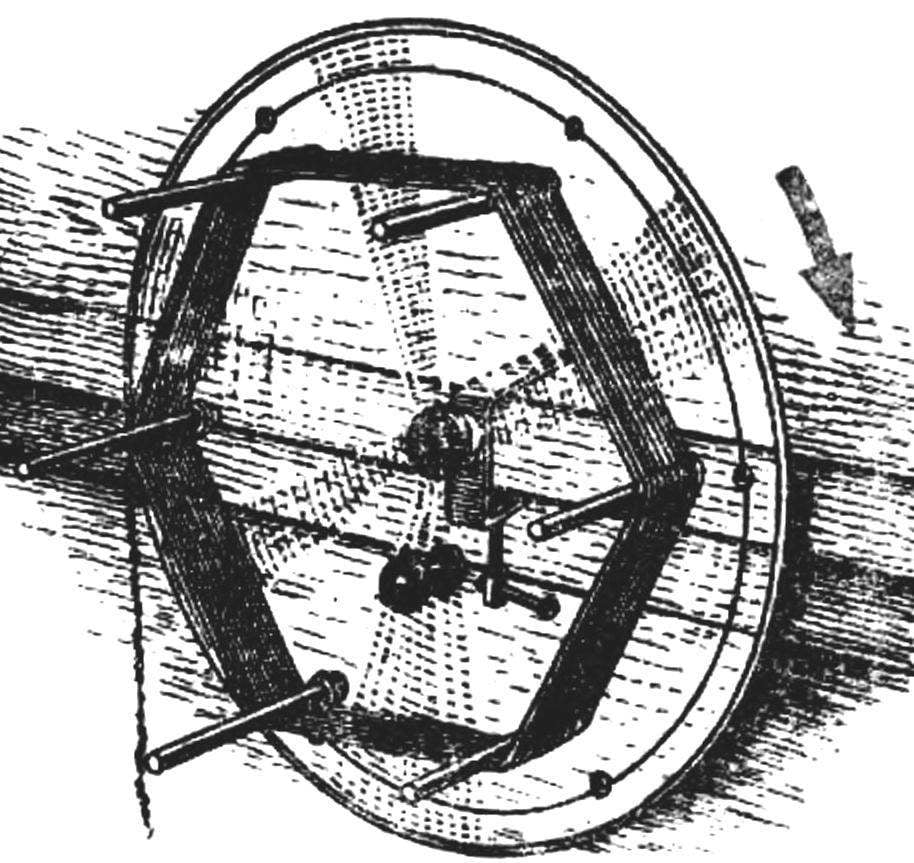 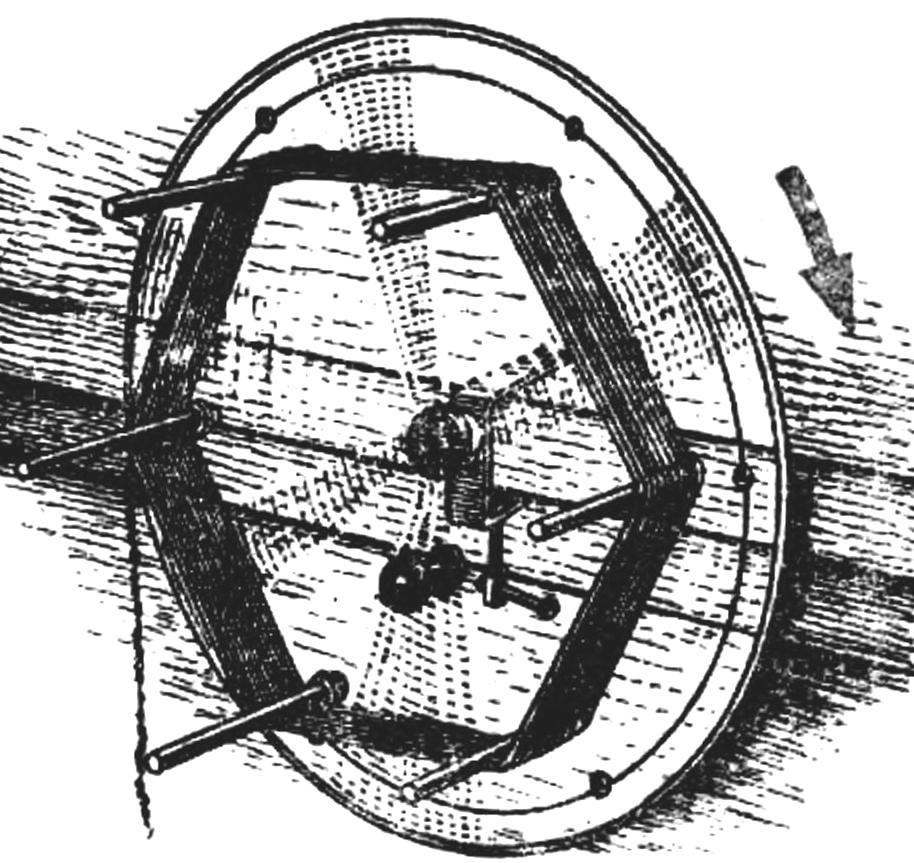 Fingering binder “Modeller-designer”, I found in No. 11 for the year 1978 note “Fixture austere”. It was about the simplest device which can be used to facilitate the rewinding of the yarn from the skein into a ball. When he is not faced with this problem, the case seems simple, but it so happened that my wife was “dismissed” woolen dress. Rewind the wool from the ball into skeins, washing… But when we tried again to form from yarn tangles, I had to invent a device for this because hair tangled and matted during washing and just coil it slipped from the bottles following the thread.
I cut a disk of glass through the bearing and attached it to the clamp. Filament yarn fit for the studs located at the periphery of the disk. The drive — through arm. In the process of winding yarn on the device suggest to tie up part of a coil thread.
After washing move the studs so as to form a smaller hexagon (because the wool is thus “sits”), and reattach the coil to the fixture. Now it is possible to wind up wool into a ball. Can work together: wear on the studs from two rolls with the different parties cut the hair in two tangles. Similarly, easy in and out two skeins to a tangle of double and triple threads on the fixture put two (or three) of a coil, and unwound the wool into a ball.
A. SHESTAKOV