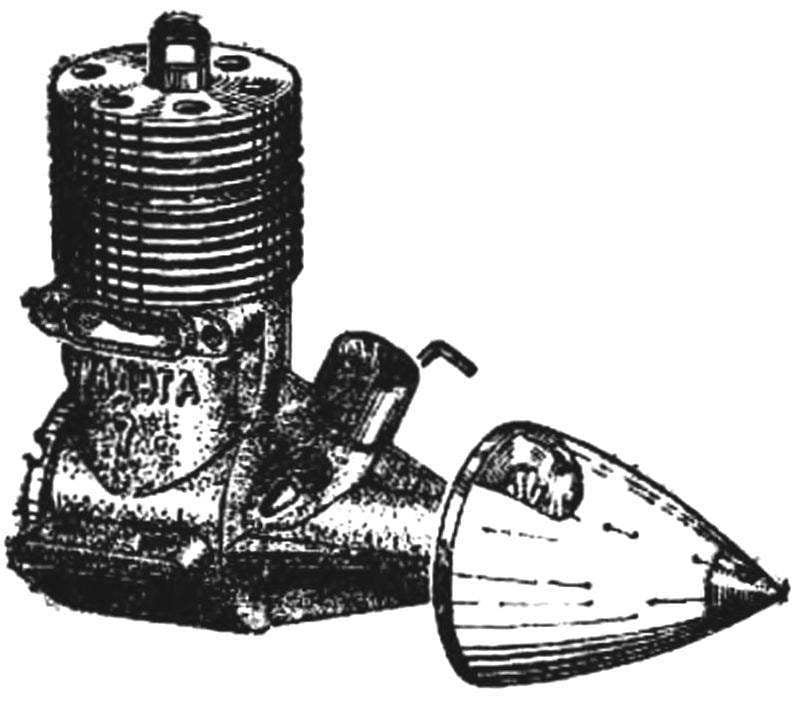 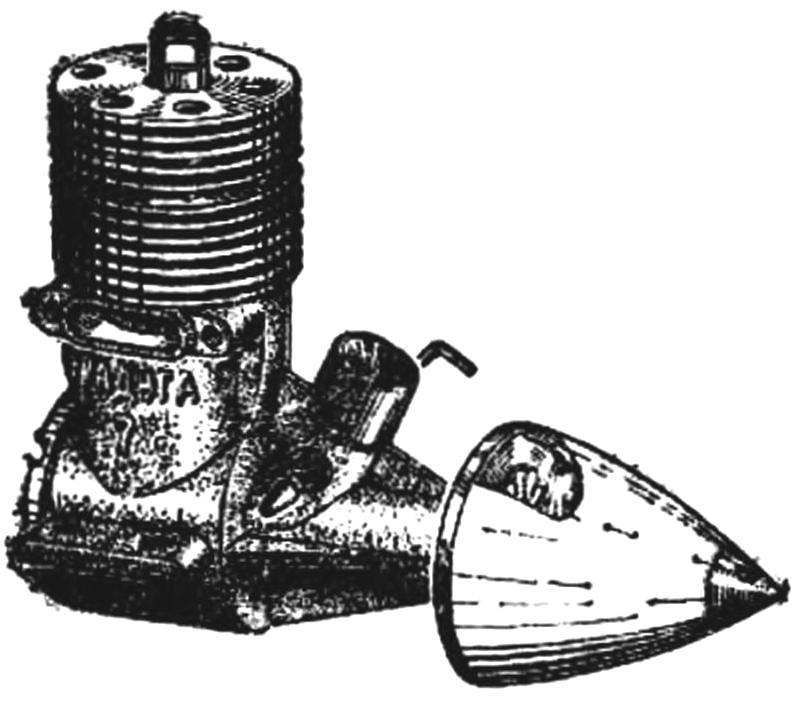 As you know, aeromodelling motor “rainbow-7)” is a typical “Kalinka”. But a few additional parts easily turn it into a compression engine with a displacement of 7.0 cm3.
Somebody will ask: “why? “Rainbow” is so good and serves many modelers”. However, remember that the rules of the competitions held among students, prohibited the use of glow motors, as part of their fuel is comprised of highly toxic methyl alcohol. And guys want to build a “real” pilotage or copies, for which even the best diesel engines volume of 2.5 cm3, commercially available, weak.
In addition, during the transition to compression version is almost 2 times reduces the specific fuel consumption. No wonder some foreign firms established production of special head that allows to switch the engine performance even at 10.0 cm3 of diesel fuel. This transition is justified: at the same power, the motor does not need expensive and scarce alcohol, is simultaneously reduced and the fuel consumption so that is not a sin to think about the record attempts on the range or the duration of the flight model.
To rework the “Rainbow” will need to make only four parts, you can make them in any school workshop.
Vytachiv with a single installation of D16T finned (temperature compression option harder) head, mark out and drill six holes for the mounting screws. The sleeve runs from 30KHGSA steel also with a single installation. Its outer and inner diameters need to grind on the head and kontrforsnyh made of bronze. Lapping “counterrevolutionaries” should ensure the tightness of the combustion chamber, and the adjustment sleeve on the head — good heat dissipation. In comparison with the conventional system position control kontrolna proposed here has an important advantage. Due to the fact that this detail that change the compression ratio, not only retracts but also comes with a special nut, you can prevent the more dense grinding. And it secures the tightness of the combustion chamber, from which depends largely on the operation and stability of operation of the motor. On concorse nut and cut a left-hand thread that allows you to maintain a familiar relationship: wertina nut, hold the chamber volume. When you use the right will have to just get used to the reverse dependencies. 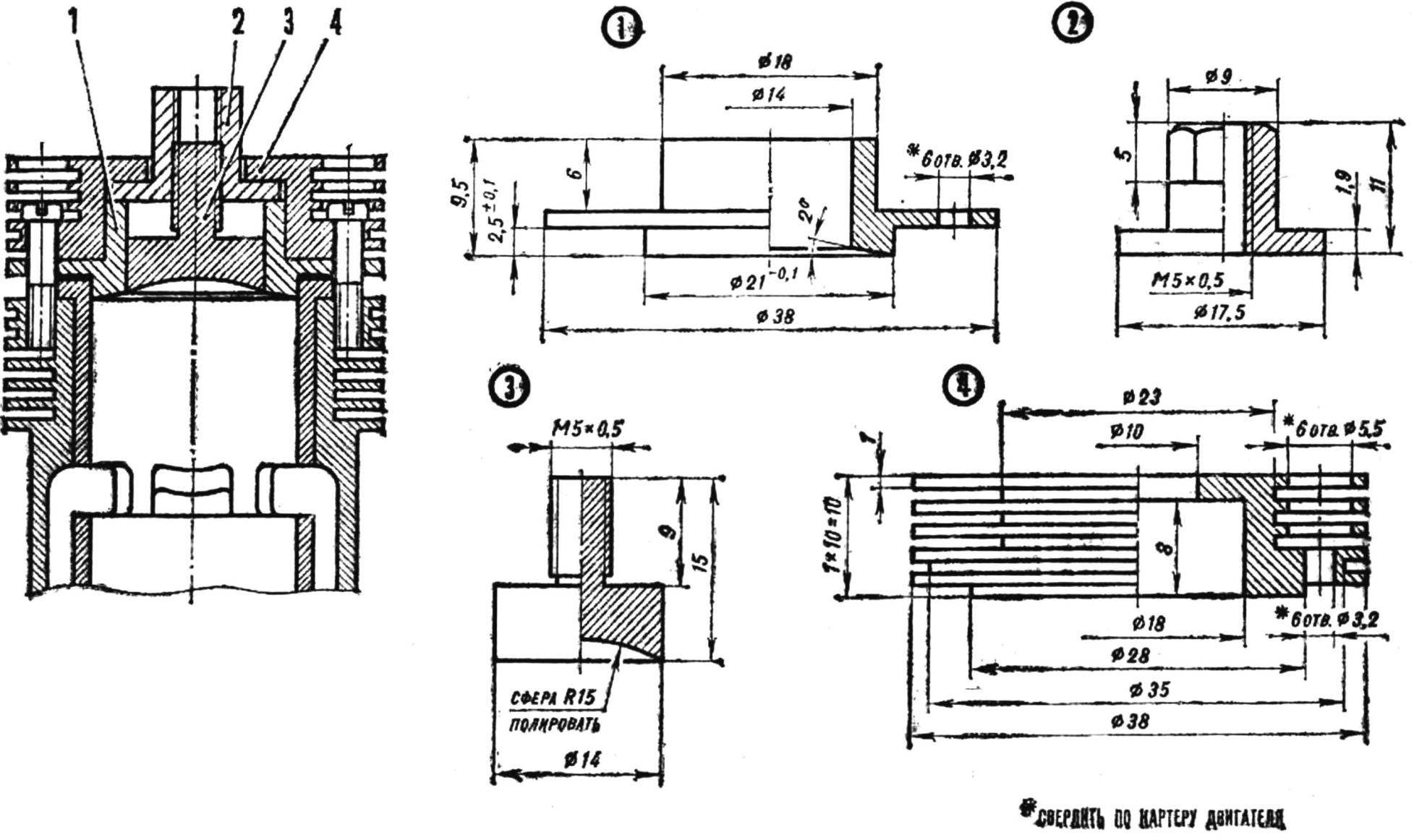 The engine cylinder “rainbow-7” with the new head:
1 — sleeve. 2 — nut figure 3 — controlling, 4 — finned casing head.
The reworked engine is a good start, developing a fuel consisting of equal quantities of ether, kerosene and castor oil, 10 thousand rpm with the standard propeller. The maximum speed can be increased to 13 thousand per minute, using a fuel with less oil content and improving its performance by introduction of additives.