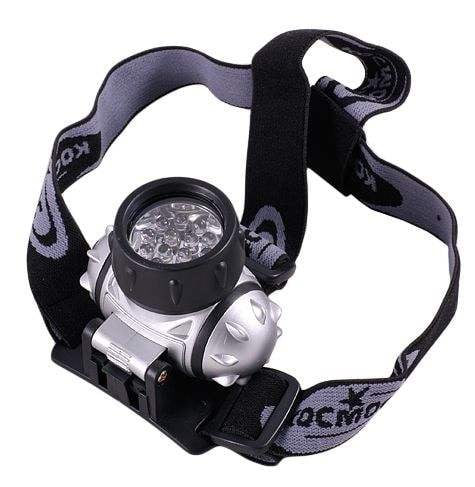 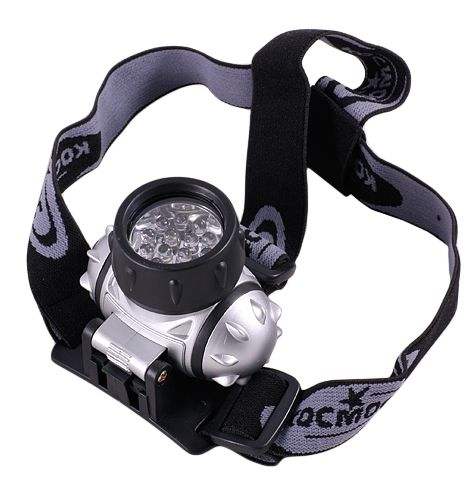 Convenient headlamp Chinese led lights can be purchased everywhere. They are all very similar and the only difference is the number of LEDs and therefore — in value. The inside of the lights is also almost identical: the tape with batteries, two boards and a clock switch (non-latching), the control mode of the lamp.
On the circuit Board with the led matrix is “filled” with a drop of compound microbore. Its internal circuitry reacts to the closure of the contacts of the microswitch (at the end of the flashlight housing) to trigger mode. The first press burn 4 led, after the second 8, after the third — all the LEDs (12 pieces). If you press four times, then all LEDs flash with a frequency of about 2 Hz, and after the fifth pressing all the LEDs are off.
The process then repeats in a cyclical algorithm.
A control pulse for microbore — negative, that is, the trigger is triggered at negative edge of input pulse (or a short to the power supply). It’s not always convenient. Often require only two positions: all the LEDs on or off. As with the lowest cost to redo the lantern on the two modes? 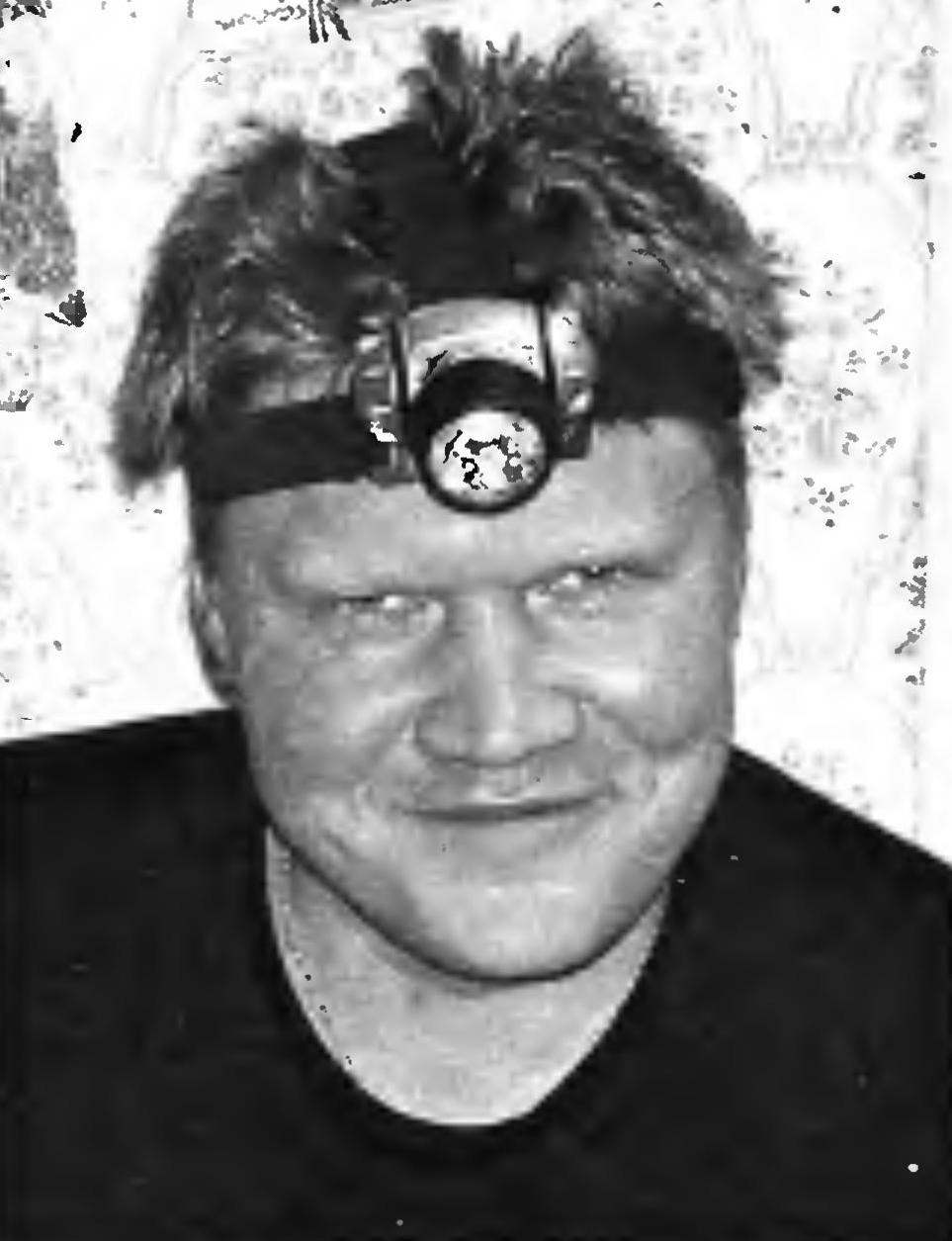 Despite the similarity of the headlamps meet the printed circuit Board with different wiring tracks and the number of LEDs, so the result is a detailed scheme has no special meaning, because it is possible that the same version of the flashlight anywhere else the reader will not meet (but can get others).
For the reason it makes no sense to modify the device by adding a logical electric circuit with the use of a new trigger, which would have only two modes to control the led matrix. Given the above arguments, as well as a small cost of the lamp and lack of space for the Board (IC) revision, from such a venture had to be abandoned and act in a different way.
The simple cost of time, a minimum of parts and efficiency recommendation to improve the device comes to replace the regular switch modes without fixing SDТМ-630-M (can meet and other) on an almost similar in appearance, but with fixation: type РS700L, РS645L, РS850L
(cost 12 — 18.), where the numbers in the designation say about the size of a button (for example, РS700L — 7 mm).
Next, consider the case of alterations of a specific model of portable headlamp Bailong BL-536 with three batteries of type AA (LR6) and a clock button SDТМ-630-N, shown in photo with 12 LEDs (for different number of LEDs or another type they will need to adjust the resistance of the limiting resistor, about him below).
Now, parse the body of the lamp unit and remove the batteries. Unscrewing a Phillips-head screwdriver the two screws, remove the card with a microswitch. Unsolder the regular switch (flexible insights in the holes of the Board) and instead install the microswitch with the position of the type РS700L. It has six contacts, two of them are “cropped” with wire cutters before installing the Board on a regular place (with four holes). By the way, the size in this case is a smart choice push button latching from the control panels old (10 year old) head unit.
Next, you need to make changes to the printed circuit Board with led matrix (it is removed from the housing of the lamp even easier — through hole glass lenses).
All the LEDs you want to enable parallel to each other via flexible circuit conductors-jumper type MGTF-0,6. The traces leading to the chip when it is cut. 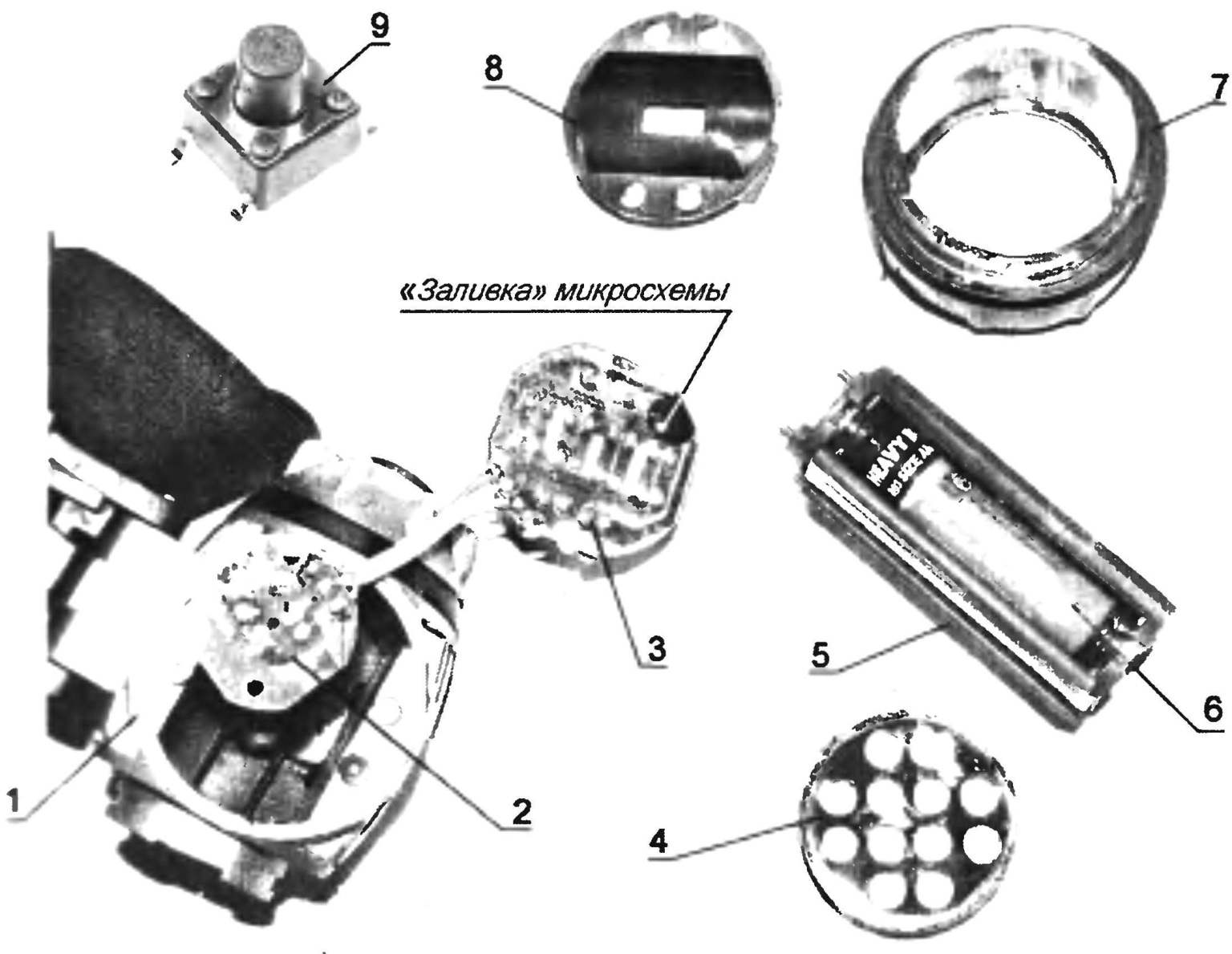 Headlamp, disassembled:
1—lamp housing; 2—PCB clock button; 3—printed circuit Board with LEDs; 4—reflector; 5—unit cassette; 6—battery (3 pieces); 7—lens; 8 — cover of the power supply; 9—stroke microswitch (replaceable)
In the gap a simple electric circuit (battery voltage 4.5 V — microswitch with fixing — led matrix) include a constant resistor of 24 Ohms ±10% to limit the current in the circuit (charge applied voltage of 4.5 V to the led matrix will cause large and even unacceptable current, which may lead to failure of the LEDs), and to create in this case, the switching regulator current is not necessary for the above argument: not worth powder and shot.
The resistance of the limiting resistor is calculated according to Ohm’s law so that the voltage drop across it was 2…2,5 (not more than 2.5 In on a led matrix) and a current of 15 mA is based on 1 led (in this case 180 mA).
Well, of course, taking into account the above recommendations it is necessary to “work” with printed conductors on the led matrix. Now it is a Chinese product working as you like, without tiring the “extra” three of the five modes, and its appearance has not changed. It would be nice if the article read and in China.
A. KASHKAROV, St. Petersburg