Read in the “Modeller-designer” interesting article on the new generation car with aerobrigada, the boys from the circle, which I direct, has decided to develop the proposed innovation. Its essence was the transfer stabilizatory plate from the zone of slipstream in close proximity to the track surface of the track, where the model moves at a high speed must manifest the aerodynamic ground effect. Although models that are built in our group, has repeatedly won prizes in on competitions and seemed to be brought to constructive and technological excellence, yet wanted to try something new.

The ideas in the article about screen effect seemed to be quite common.

However, the article cited only a theory of a new direction, and as a constructive aid to modelers was offered only a General diagram of the machine, without detailed drawing. So most of the layout and key questions the members had to decide for yourself.
May presents us the development will not meet the usual style of designing models. But even if it is controversial, in any case, interesting. After all, we offer creatively altering schema or creating original, you can improve ekranoplane aeromobili. But the fact that they are more promising than the now classic “airplane” model, we were convinced after the test cycle. And that it is advisable to engage in further development of the new scheme.
The basis of our design class AM-1 — power plate case. It is formed by a light frame made of Linden slats and bars, fitted to each other and glued together on a precise drawing applied to the sheet in millimeter plywood. This plywood will be one of the sides of the hull plating, so before you assemble the frame “drawing” must be placed on a smooth Board and pressed against it, then it will not appear leashes and curves of the entire body.
After installation of the frame (here, as in the rest of the Assembly is performed using only epoxy resin), it is on the stocks to align the entire upper surface, so that the total thickness of the workpiece does not exceed 9 mm. Then again on the stocks, the frame closes the second side shell plating, and formed a light, but durable and tough product. 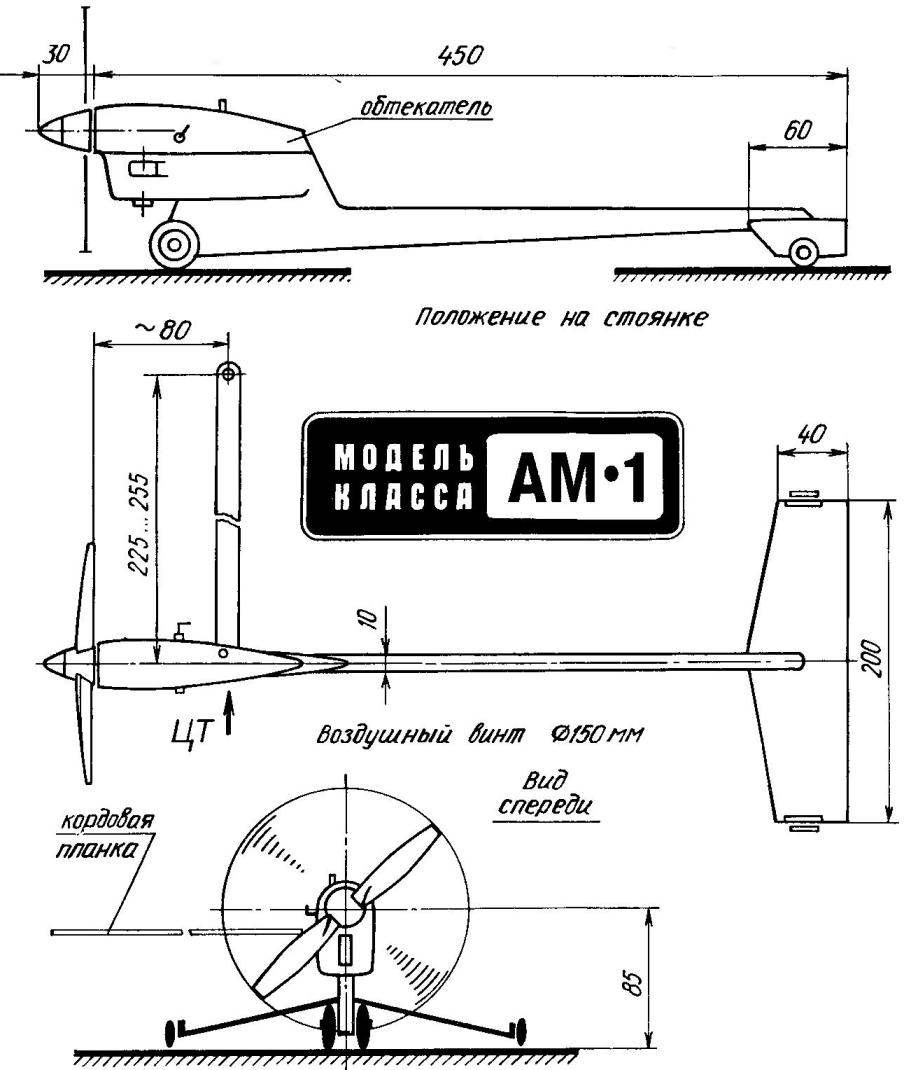 The main parameters of the córdoba high-speed performance on the class of AM-1 with a propeller and internal combustion engine working volume of 1.5 cm3. 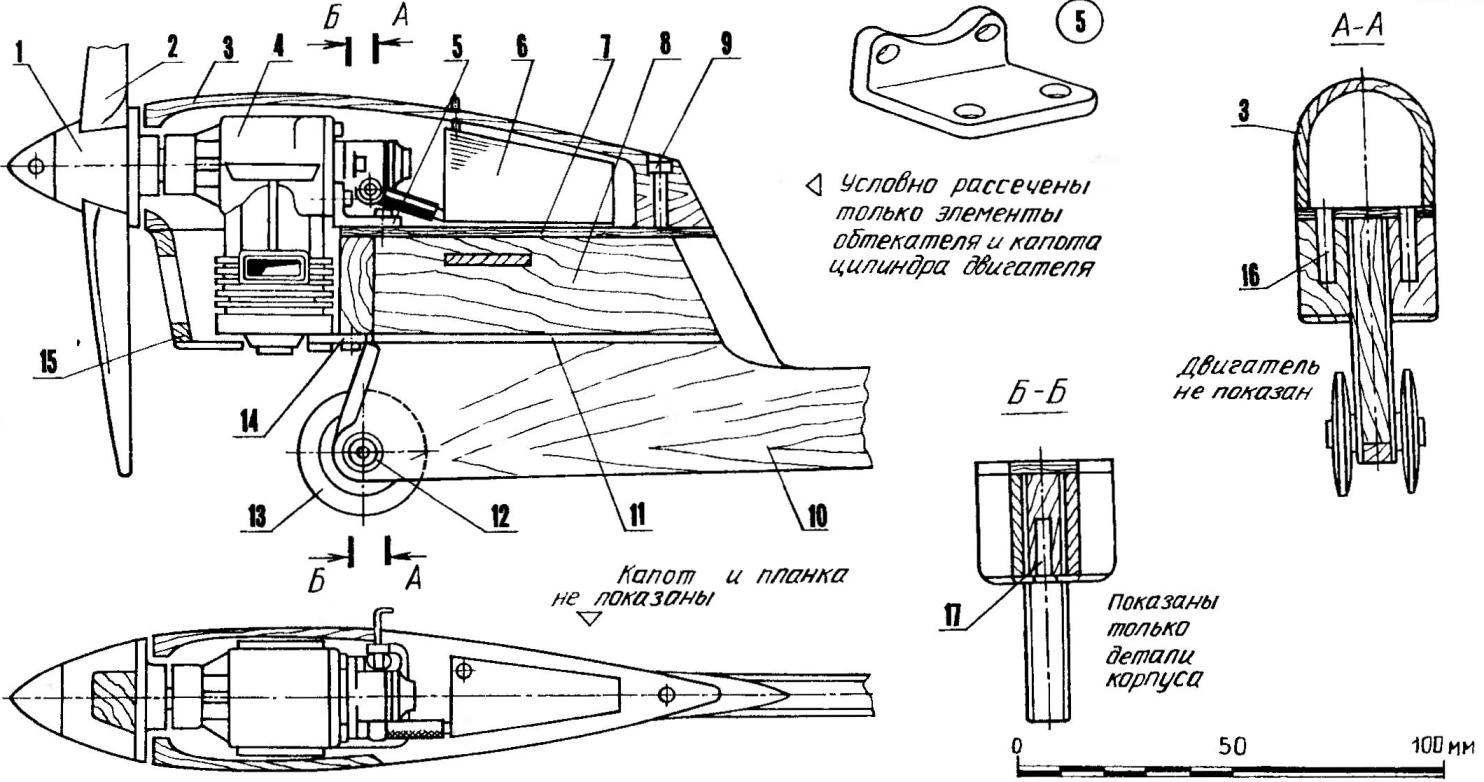 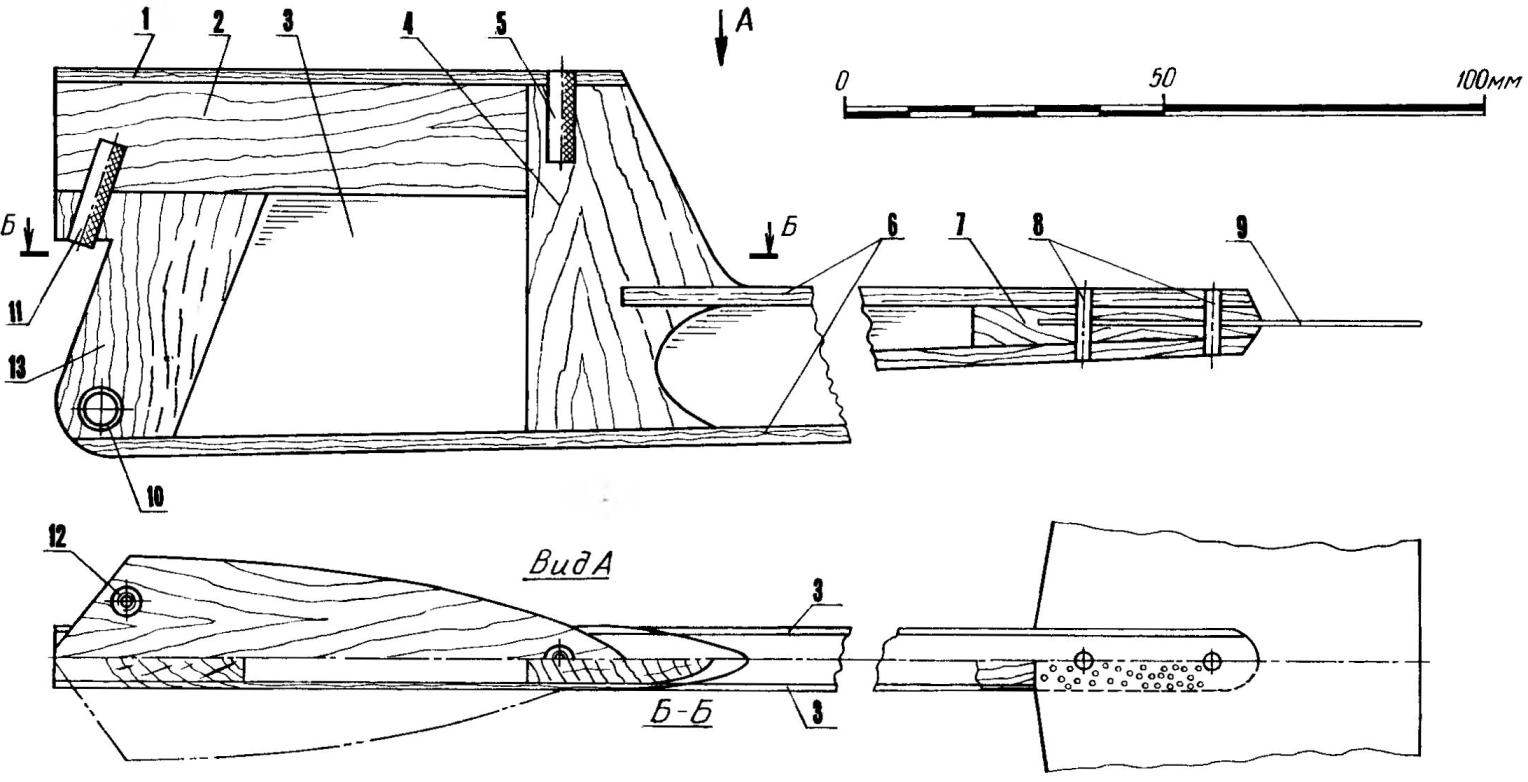