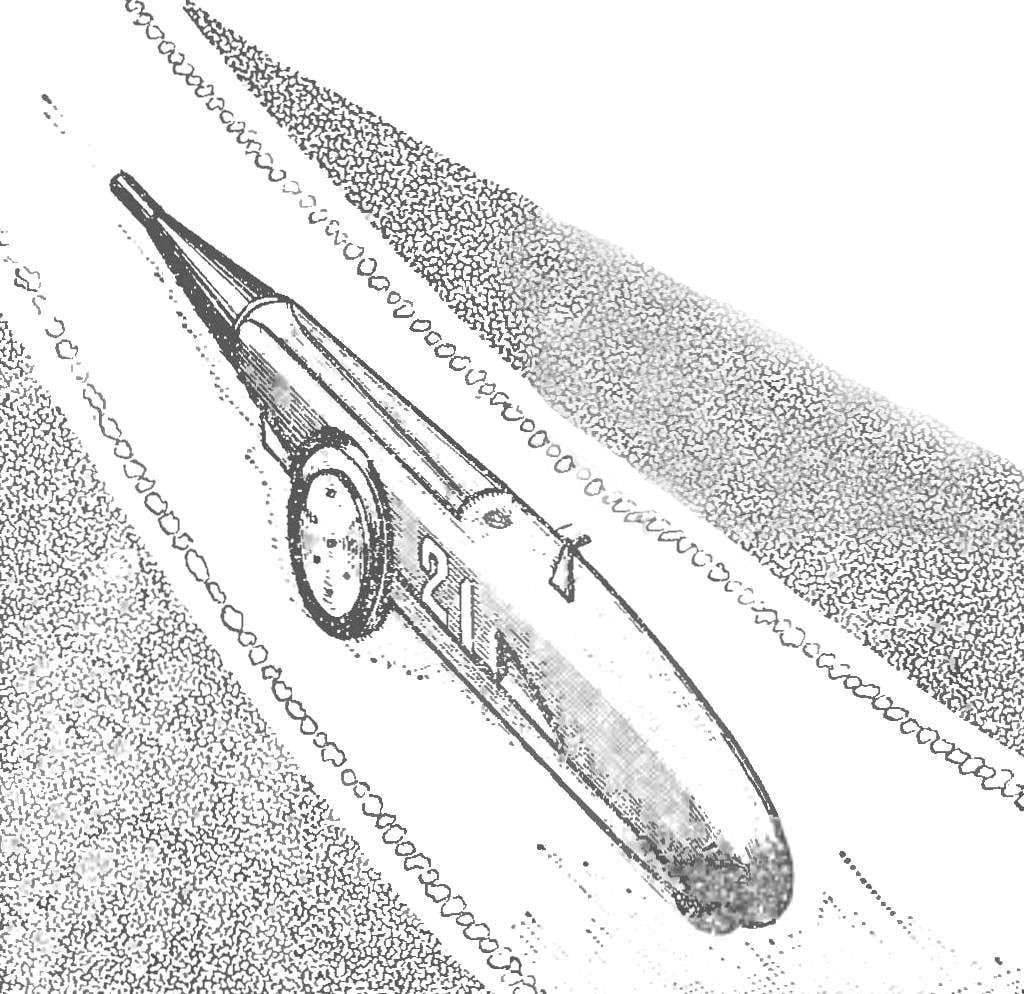 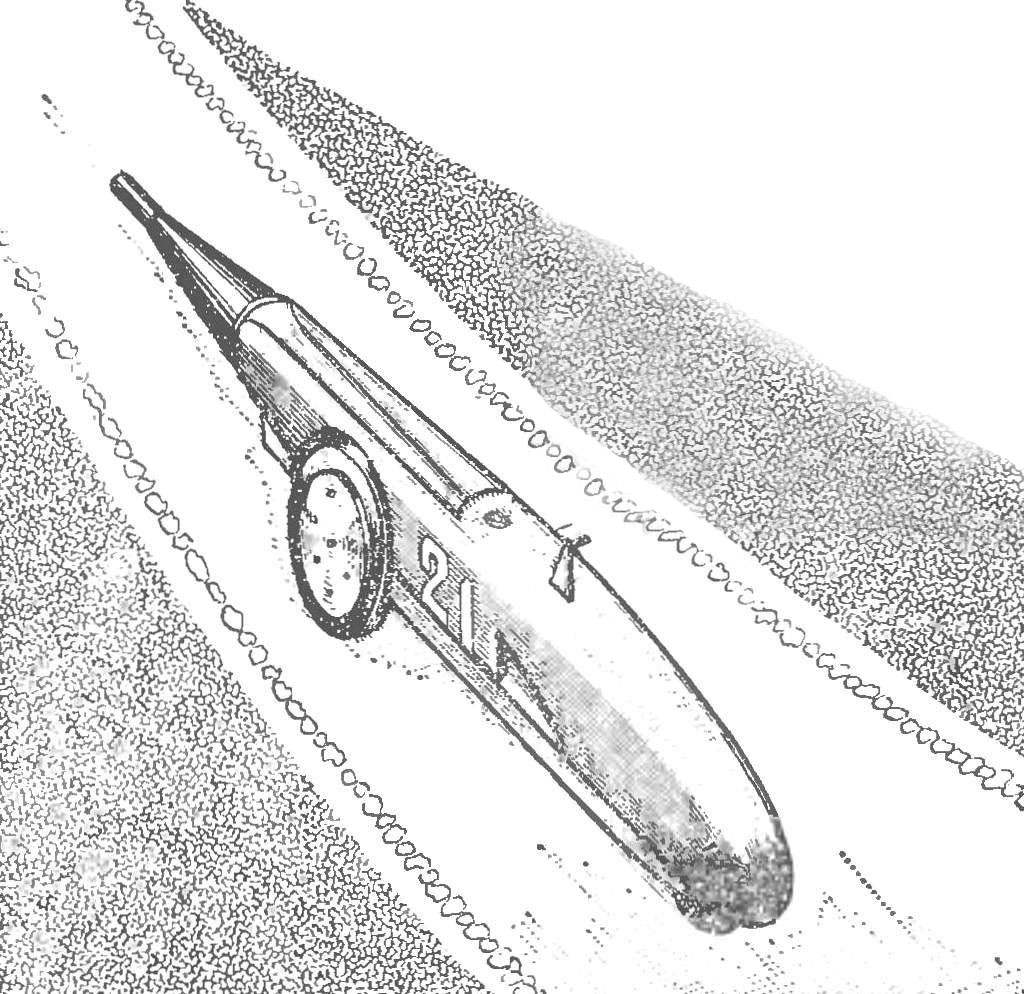 (SPEED CONTROL LINE MODEL CLASS 5.0 CM3). The name of the master of sports of international class Mykola Troneva from Leningrad familiar to automodellista. Since 1970, Nicolai permanent member of the national team. With his pattyboy model he has participated in many international meetings, not once occupied prize-winning places in the Championships. The General view was that the model Troneva differ by originality of design and technical perfection. Given the great interest of the hobby to them, we publish the drawings of one of the “working” models N. Troneva, which has repeatedly participated in the Championships of the Soviet Union m Europe and brought it to the constructor of the manure the title of champion of the Soviet Union, master of sports of international class, world record holder and Europe.

This model belonged to a world record in 1973 at a distance of 500 m — 245,198 km/h, she was a record holder (250 km/h) and a champion of the Soviet Union in 1974. The highest result shown by the model on the championship of the Baltic States in 1976 and is 257,815 km/h.
The engine of his own design equipped with a tuned resonance pipe that is installed on the exhaust pipe. It is made of soft aluminium with a thickness of 1 mm on a lathe by extrusion. Two halves (cones) are connected by rolling. The pipe sizes shown. The gas distribution at the inlet of the engine is a flat disc valve with a large diameter made from thin (0,3 mm) spring steel. It is driven through the leash from the crankshaft.
The lower half of the body (pallet) is milled from a dural (D-18T) bar. The upper fairing is laminated on a wooden disc made of fiberglass epoxy resin ED-5, and after careful processing with emery paper of decreasing grain size are coated with multiple layers of synthetic (polyurethane) enamel. 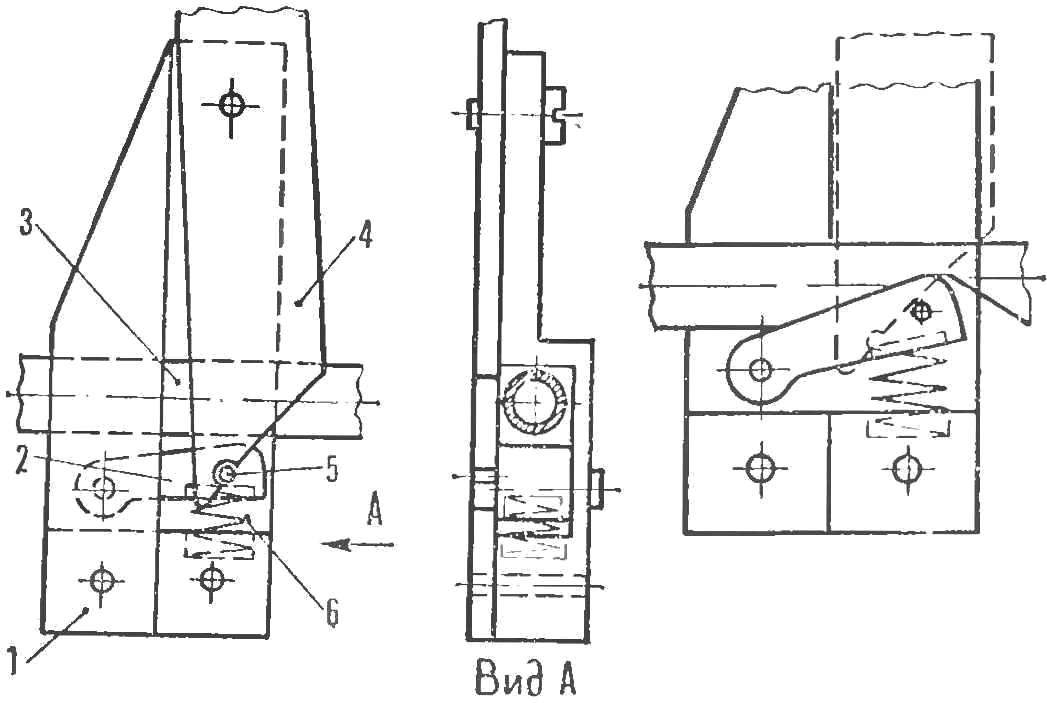 Fig. 2. Resonance tube with extension cable and tie clip.
The gear housing made of steel, a console (bearings on one side driven gear), a collapsible design. One side of the housing pivotally connected to the tray, the other profiled ledge rests on the spring Cup rear shock, on top of the gearbox housing further applies a stacked flat spring providing a variable suspension stiffness.
Gear ratio of 1.93. Gear, integrally formed with shaft (non-removable), made from steel 12ХНЗА, cieniowane and termoobrabotki. The number of teeth of the driving gear is 14, the driven — 27, the module is 1.25. The axis of the rear wheels rotates on two bearings (Ø 6X15 mm), pressed into the gear housing. The pinion shaft rests on two bearings (Ø 8X20 mm), installed using a spacer sleeve to wear of the housing. The longitudinal movement of the shaft is prevented planted in the groove razinym flat retaining ring.
Front suspension is telescopic with coil spring and an inclined arrangement of the housing. The design of the suspension developed in conjunction with the master of sports A. Klimenko (Nikolaev). 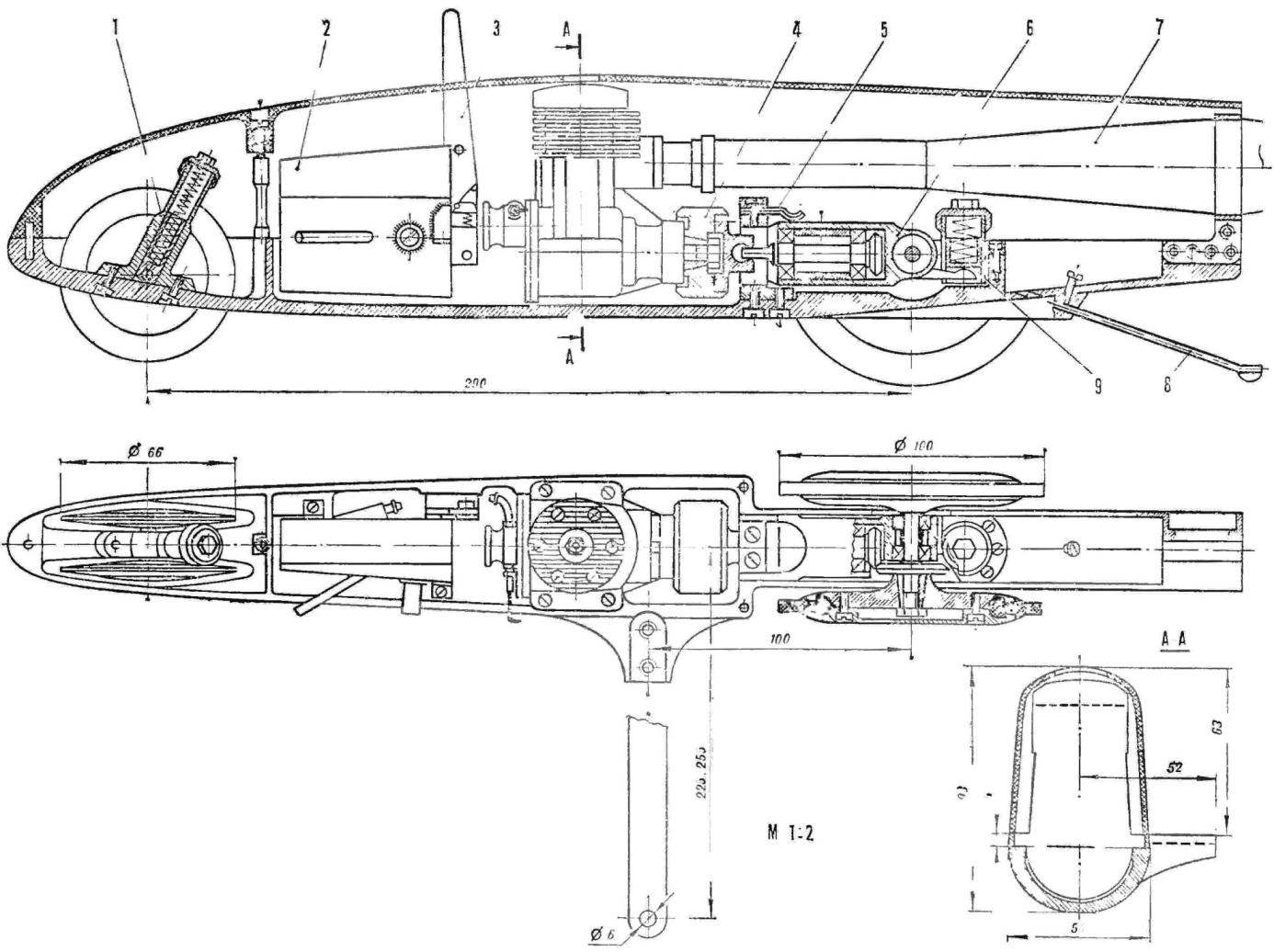 Fig. 3. General view of the racing model 5,0 см8 master of sports of the international class N. Troneva:
1 — front, 2 — fuel reservoir, 3 — lever stopping device, 4 — flywheel, 5 — more spring, 6 — housing, 7 resonance tube, 8 — crutch roll-over (with carbide brazed), 9 — rear suspension.
On the top view of the resonance tube and the upper fairing conventionally not shown.
Leading (Ø 100 mm) and driven wheels (Ø 66 mm) modular construction with replaceable tires. Their disks made of aluminum (L-16T).
The tank is an open type fused soft solder (POS-40), tin plate 0.3 mm thick, has one drainage tube, facing forward to boost the counter flow of air and filling hole with screw plug. A stopping device is shown in the figure. It works on the principle of baffle rubber feeding tubes and has automatic latching entence in the extreme positions.
Cord strap — made of aluminum D-16T 2 mm thick.
Crutch roll-over has at the end of the soldering of metal-ceramic material.
The weight of the model 1920.
R. OGARKOV