Devices leading only pilots, in General, very similar in scheme and design are very different in administration. The reason is simple: everyone builds a microplane “under his hand”, presenting to him the more requirements, the higher the class of the constructor. But even the slightest innovations often lead to a significant change in the flight properties of the model. Therefore, when designing pilotazhki impossible to do without hints of a rich and practical flight experience, solid theoretical knowledge.
That is why I recommend at first to build a simple model with compression engines of small cubic capacity. In such a device it is not mandatory the installation of the flaps.
The key skill we are working on “boot camp,” the automaticity of action control surfaces when performing live, and especially the return flight. Crash is almost inevitable, so the first flights, despite the cold, it is better to make in winter, when the earth lies a thick layer of fluffy soft snow “absorber”. Immediately after the development of horizontal mode of flight has not yet developed a stable and subsequently a formidable automatism “pen up — up model”, go to the development of a reverse, inverted flight.
Only then can you engage in a great model championship class. But forget about learning in any case impossible. Is “normal” pilotage, often “fly” with a small model. Note here that pilotage engine 2,5 cm3 can fly only under relatively calm weather (wind speed under 5 m/s), do not turn training into a painful struggle with the wind. Use korci no longer than 15 m: more important than their guaranteed stretch, rather than the quality of the figures.
The construction of the first serious model… Immediately raises a whole bunch of problems. Basic: how to use the engine. Now the domestic industry mass-produces three brands of motors suitable for installation on pilotage: “Sneaker” with a working volume of 7.0 cm3, “rainbow 7” and MDS-6,5. The first two need elaboration: setting the desired valve timing, selection of the volume of the combustion chamber and domainservice crank mechanism. However, initially you can apply and serial, well-tested on bench for instance.
Will have to break down and over the choice of material for the construction of the model.
Until recent years, virtually all championship pilotazhki was built entirely out of balsa, and most of this scarce Wood left on the fuselage. But, it turns out, the fuselage can be performed without the use of drevesiny, and new technology developed by the leading Moscow athletes and proven in practice, provides a number of significant advantages. The fiberglass option, and that’s exactly what it is about, first created A. Svejkovsky, balsa is lighter by about 50 grams! In addition, significantly less time is spent not building the fuselage. 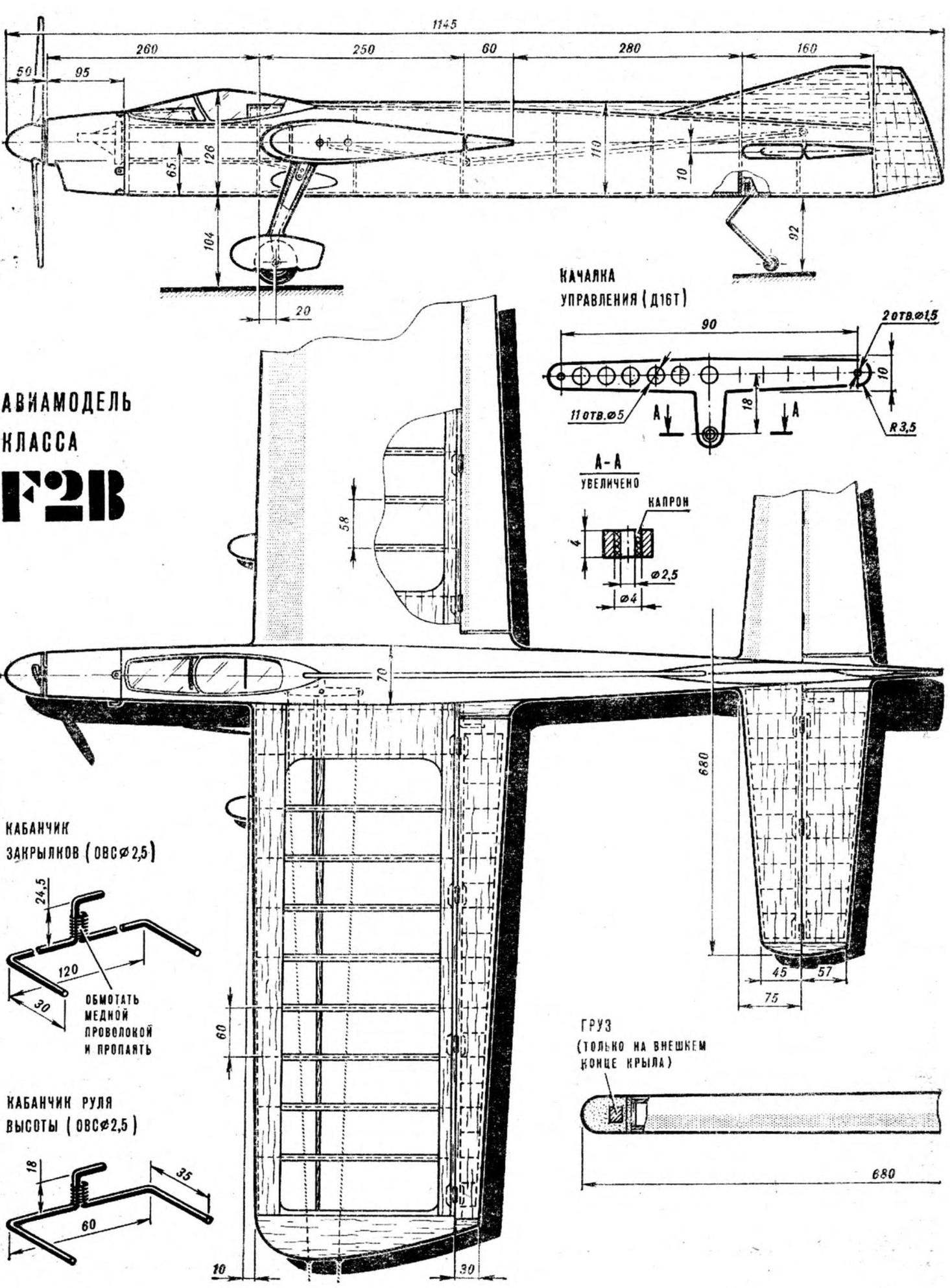