The model, which will be discussed in this article warmed the soul to generations of young sailors. In the distant postwar years, and even in the sixties, such a boat could be found on store shelves. From many toy counterparts his distinguished acting steam engine in the bilge – in the furnace was burning real flame to heat up and boil water in a small steam boiler, humming quietly, pushing the boat forward, two small jet of thin tubes. On a boat it was impossible to look without admiration – he was so real! And easy the soot from the burnt fuel on the surface of the cutting gave this amazing little machine is truly a “combat” look. The greatest effect was achieved in the twilight, when at full speed in the Windows of the wheelhouse, it was possible to observe the flickering glare of the flame.

Model boats made simple that its production under the power of literally everyone. The movement provides a water-jet engine-engine, which throws water from thin tubes in the aft due to the steam pressure in the boiler. The steam is created by burning fuel (solid fuel, or a cotton swab with alcohol), which is located directly under the boiler and provides the engine for several minutes. The formation of steam in the boiler is accompanied by a characteristic rumbling sound that creates the illusion of work “real” engine.
All that is needed for the manufacture of boats, – a little tinned sheet metal, a long, thin metal tube (copper, brass), a soldering iron and normal solder. Armed with all the necessary and not forgetting about safety, proceed to the production model. Perfect tin is white tin, which is used in the manufacture of cans of condensed milk. On the one hand, it cuts well, and with another – perfectly soldered using rosin and tin solder. The template for making the hull of the boat shown in the picture. Cut a tin pattern and drill holes in it for subsequent mounting of steam boiler. The hull is formed by bending and SPAW sheet in accordance with the drawing.
Special attention should be paid to the correct production of steam boilers and water-jet engine-propulsion of a long tube. In fact, it is one piece that is bent in a rather complex manner, in accordance with the drawing. It is important that all the curves were smooth and the tube was nowhere perezhitoe. To check ready the “propulsion system” can be, blowing into one end of the tube – to-air should pass freely. 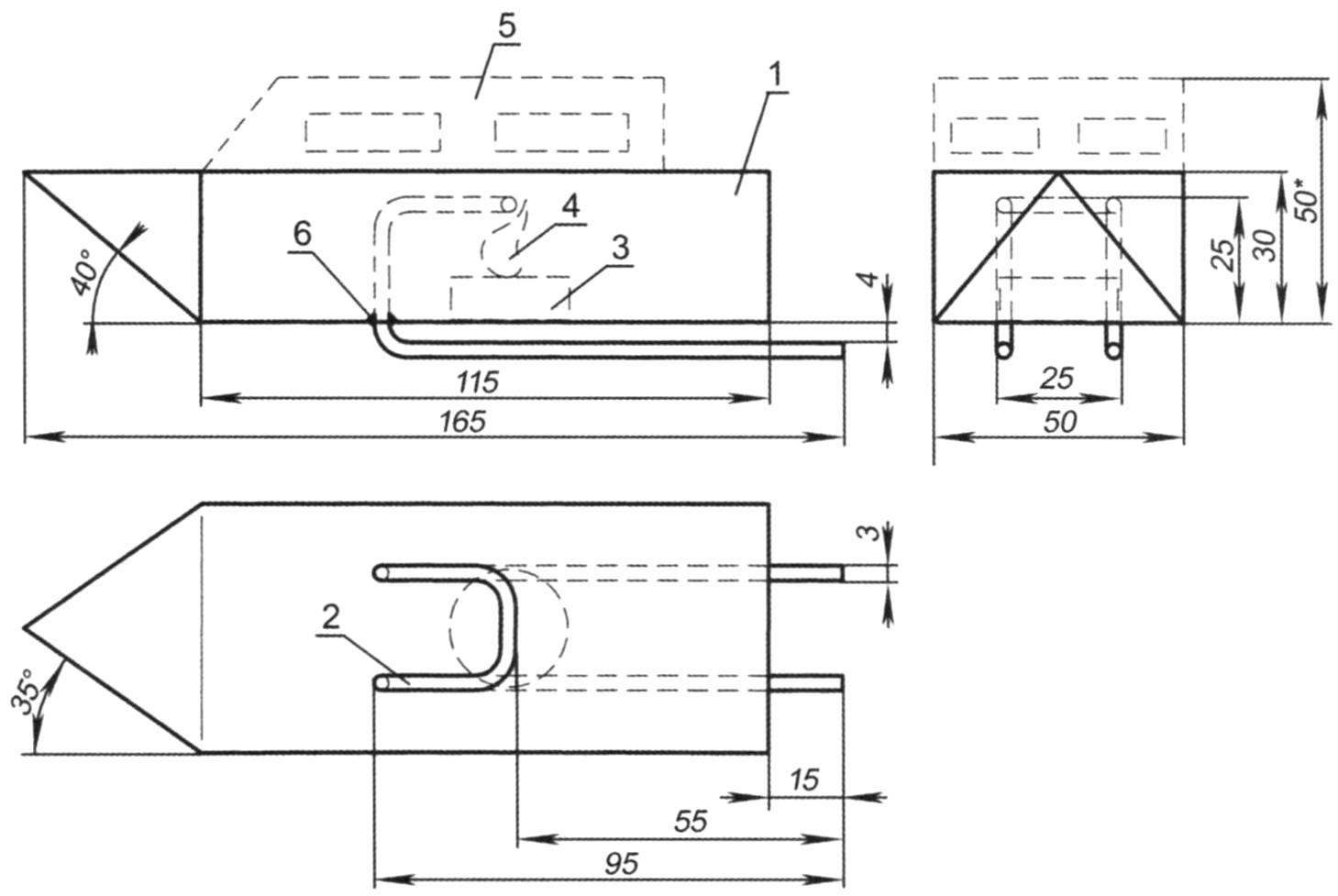 Steam boat:
1 – housing; 2 steam boiler; 3 – oil; 4 flame; 5 – cutting; 6 – soldering; * size reference
The curved tube is passed into underbody holes and soldered so that it is in fact a steam boiler was inside the hull of the boat (in the bilge), and two long straight tube water cannon passed underneath. Tin can cabin can be made of arbitrary shape, such as shown in the drawing. When you are finished assembling and soldering the whole design, proceed to the most exciting part of the work – testing on the water.
To begin to fill the boiler vessel with water. Turn the boat stern up and pour water into one tube water-jet engine propulsion. It is convenient to use a medical syringe. When the water begins to flow from the other end of the tube, the operation can be considered complete. Then gently, but quickly enough, drop the boat in the water and by removing pre-cutting, mounted under the boiler solid fuel tablet or a cotton swab with alcohol.
Ignites the fuel and return the wheelhouse in place. Now we need to wait until the flame will heat the steam boiler and the water in it starts to turn into steam. Characteristic rumbling will tell us that the steam engine began to work and the boat will saskaitit on the water, leaving behind not a toy wave. 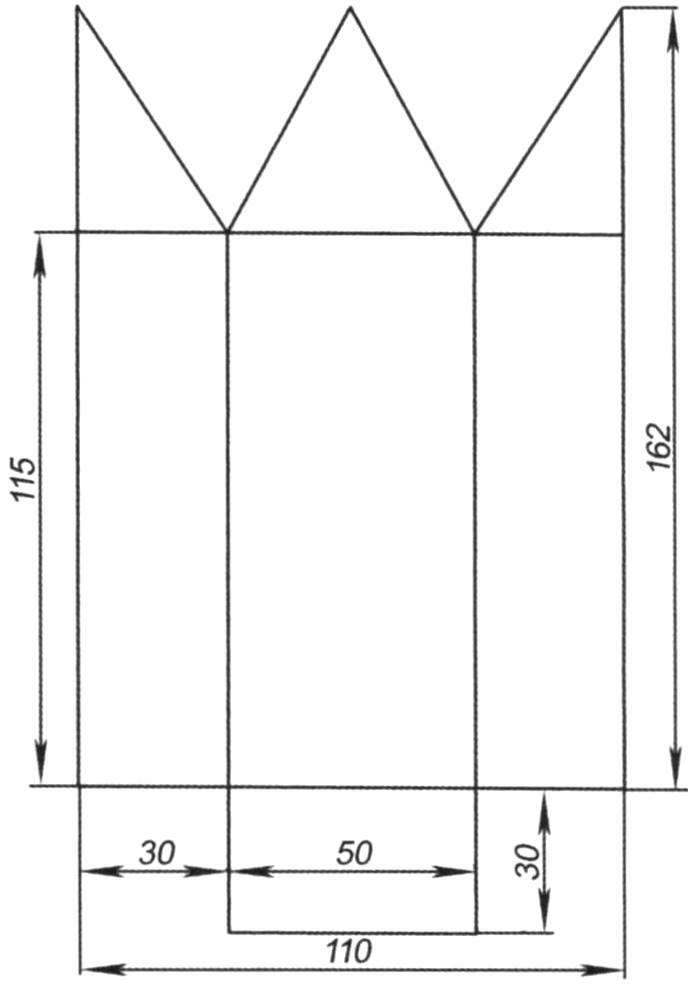 Scan for the casing of the steam boat
Of course, the shape of the vessel and its dimensions can be varied. For example, giving it a distinctive features of a particular historical era, adding elements of the ropes accordingly to color. No doubt will be exciting competitions such models toys on speed, range, duration of the voyage. It is important not to forget that within the model is lit with a real fire, and therefore handling requires caution.
Well, if You have a desire not only to make a model boat, but most ride on the water, you can boat to buy in Moscow. The company is also engaged in the sale of boats, boat motors and spare parts.
A. ZLOBIN