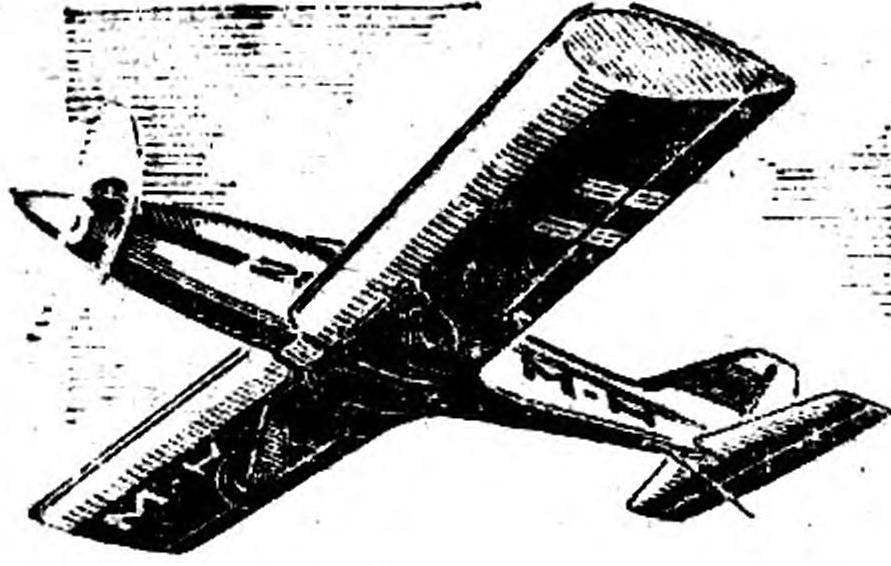 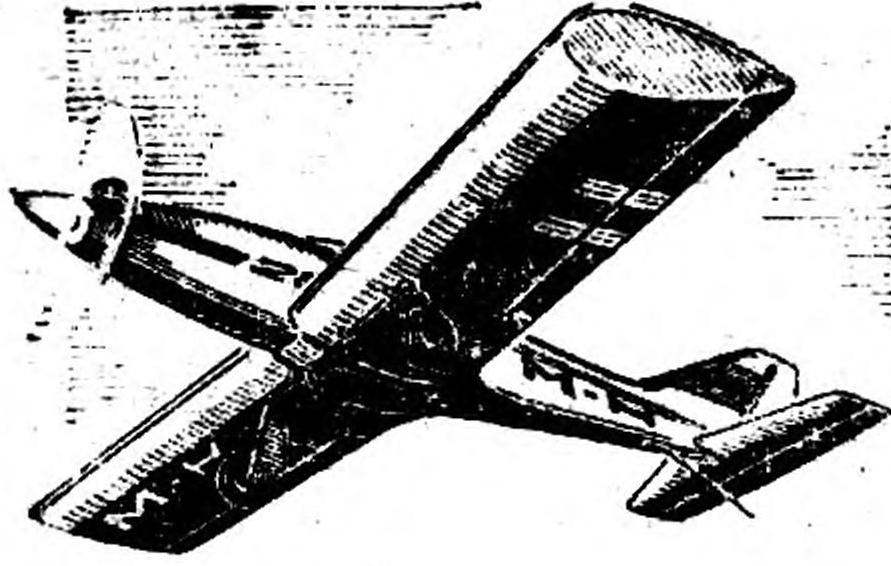 Many RC modelers dream about. Those who decided to engage in this complicated class of models, usually start with gliders. After all, not everyone is lucky enough to find an experienced teacher who would help to develop not a flying machine, gave the opportunity for several days of joint exercises in the field to acquire the basic skills of piloting superkabuto. And the plane with working rudder and altitude to fly slower and more stable pilot error cause only the loss of a few tens of meters height. Finally, the gliders perfectly fulfilled such an important skill, as the automatic steering rotation regardless of where flies model: for the pilot or away from it.
Those who graduated in “first class” school of flying RC, we offer the microplane. It is easy to manufacture, does not require scarce materials, stable in flight (suffice it to say that the prototype of this design was built in two copies and showed excellent stability even without the use of ailerons). Despite the high performance characteristics, operate it much more complicated than the glider. Reaction time motor model for the deviation of the rudder is relatively less significant due to the flight speed of the apparatus. But the one who trained glider, easy to get used to this, having started flying with a small gas at altitude.
Don’t be surprised if the model has ailerons. In training, you will realize that even “in the horizon” to manage with them considerably easier than with the vertical stabilizer It is explained here: when flying on the back does not change the meaning of the control (reaction apparatus to the stick transmitter). Yes, and it is difficult to predict how the model aerobatic-type in this mode will respond to the deflection of the rudder. Her reaction depends on the ratio of the lateral areas transverse V-wing.
However, those who do not like the model with the ailerons, or the one who can’t make it work due to the insufficient number of channels of the radio control apparatus (for example, “Novapro”), it can build pilotage without ailerons: the model flies well and having no bodies roll control. 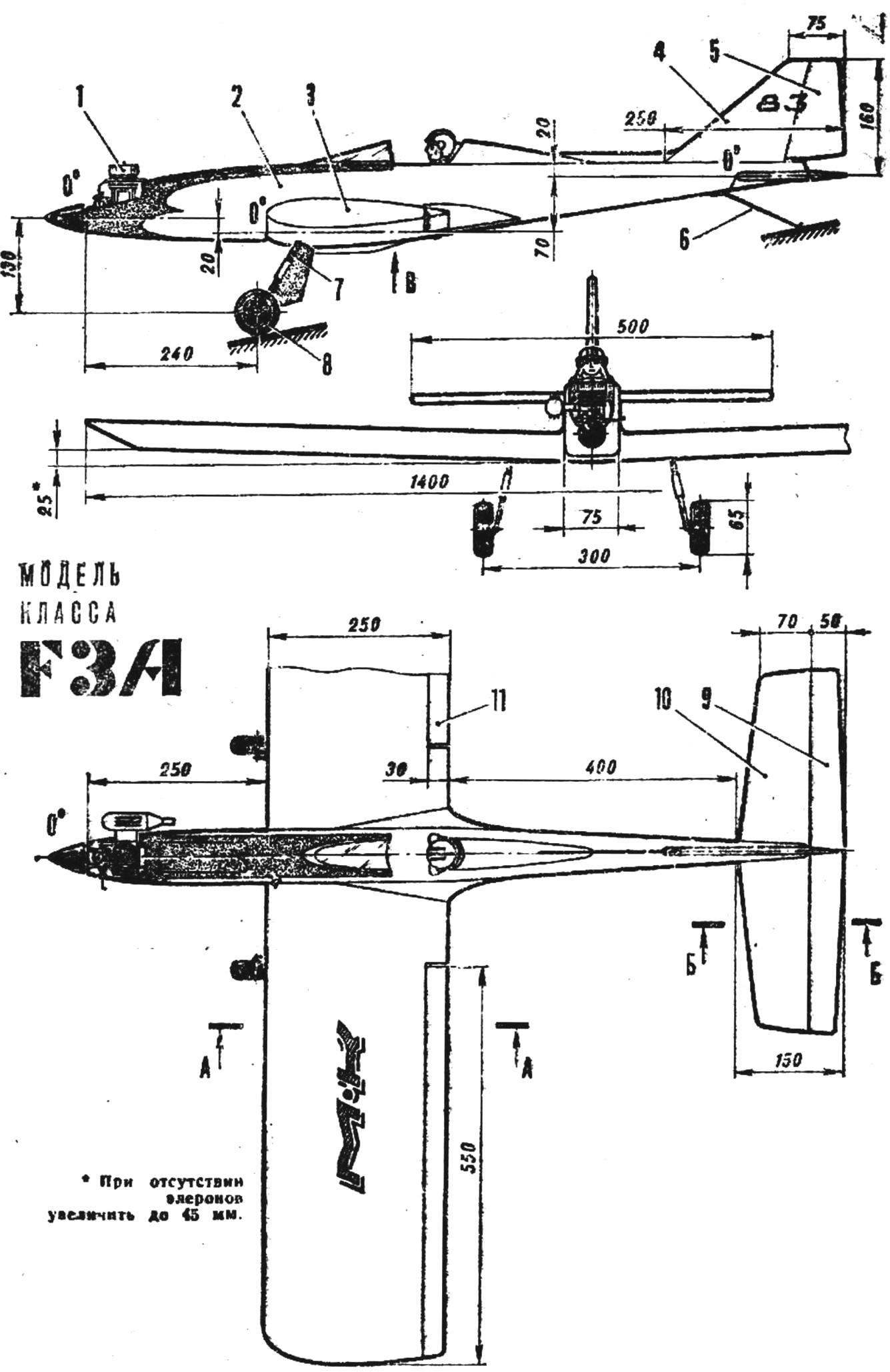 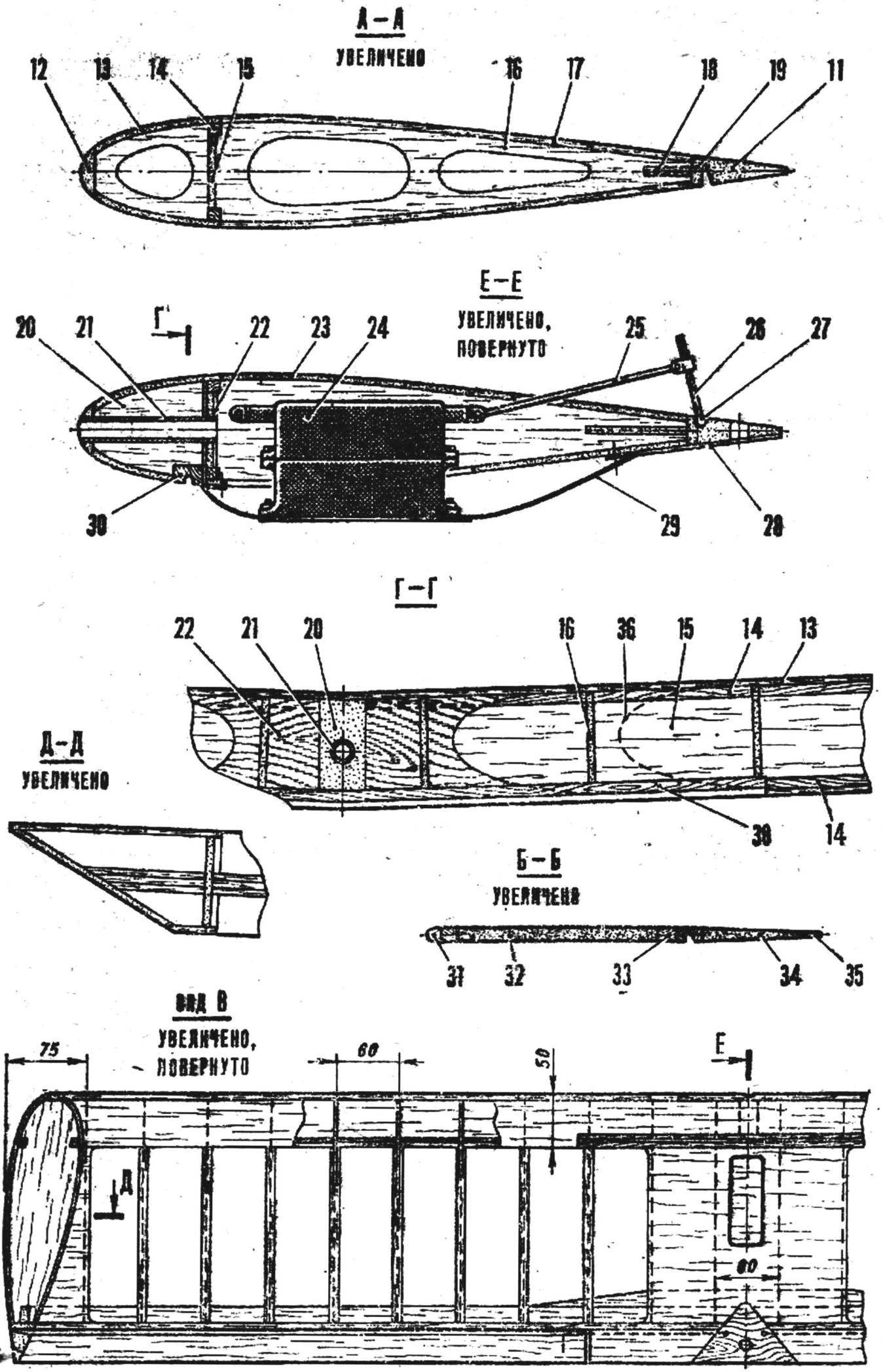 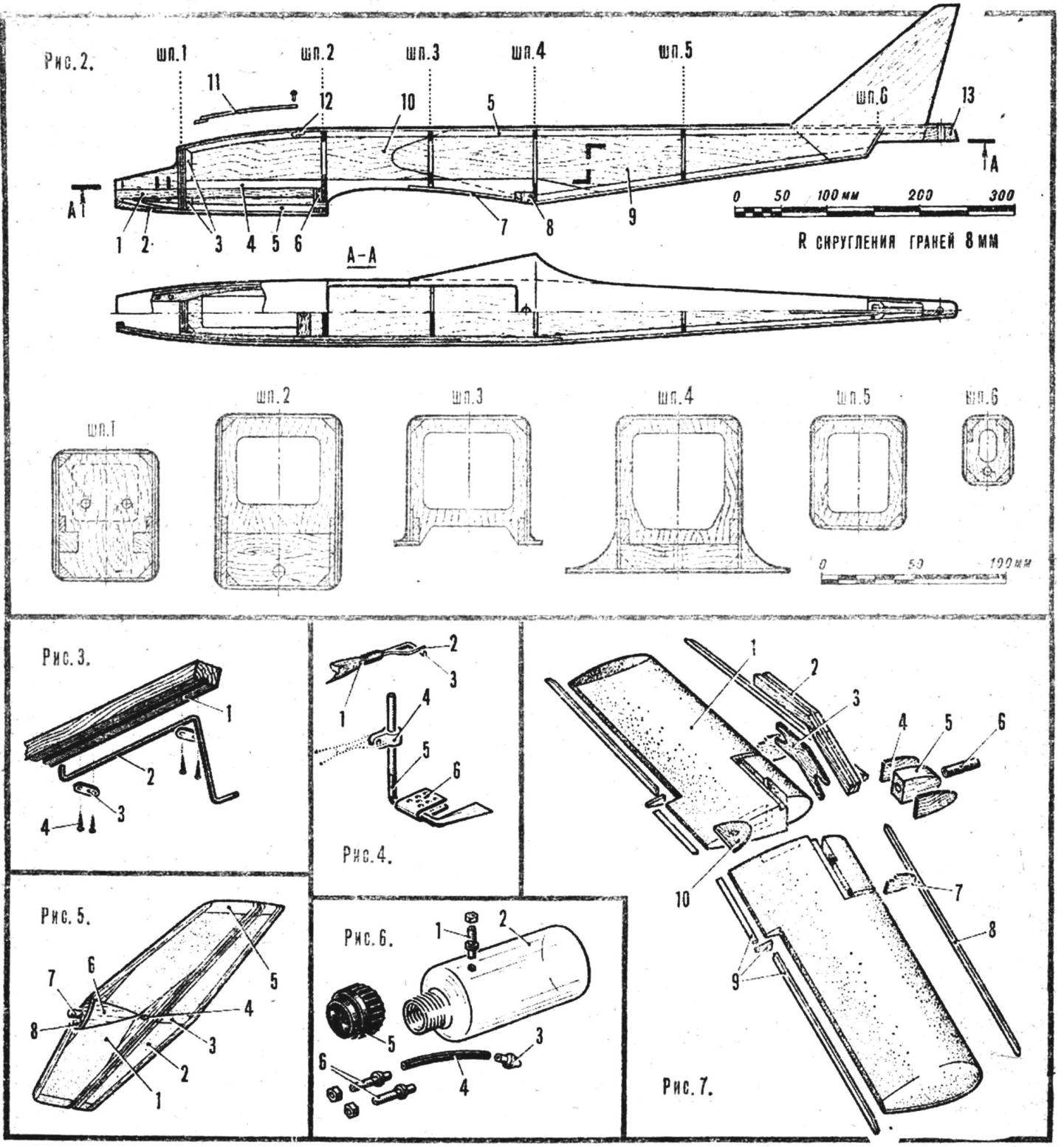 Once you find the correct position of the handles of the trimmers on the transmitter, taking off with his hands is no more difficult than on earth, and no less spectacular. Set just before the start of the trimmer of the Elevator in the “up” position and fully fill the tank: empty it can cause stalling of the engine at the most inopportune moment. After a set of normal flight speed trimmer this translates into optimal position.
Now pick up a higher model (of course, leaving her within sight and range of radio equipment). At first need to remove the gas engine. Although this will reduce the possibility of maneuver in the vertical plane, but will help you familiarize yourself with the temper of your “acrobat”. In test flight, do not attempt to run the entire complex. Start with the simplest “flat” shapes (u-turns by a specified angle, the implementation of “boxes”). In subsequent workouts check how the device reacts to vigorous action controls the ailerons and Elevator.
When you “friends” with a flying model, you can test your skills in performing simple acrobatic figures of the complex. An experienced pilot is similar to the microplane seemed to be sluggish to control, but to study this, with a high degree of stability. Subsequently, the controllability can be reduced to the requirements of championship models by moving the center of gravity of the machine in the extreme rear position.
BASIC DATA
Cu S to 34.5 DM2
Article S – 6.5 DM2
R – 1600 g
R – 46 g/DM2
E. KOZYREV