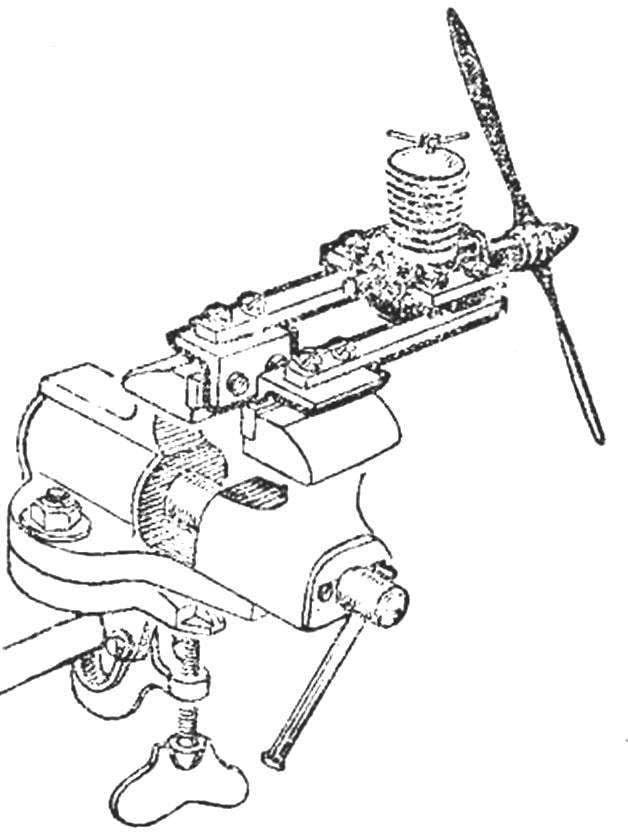 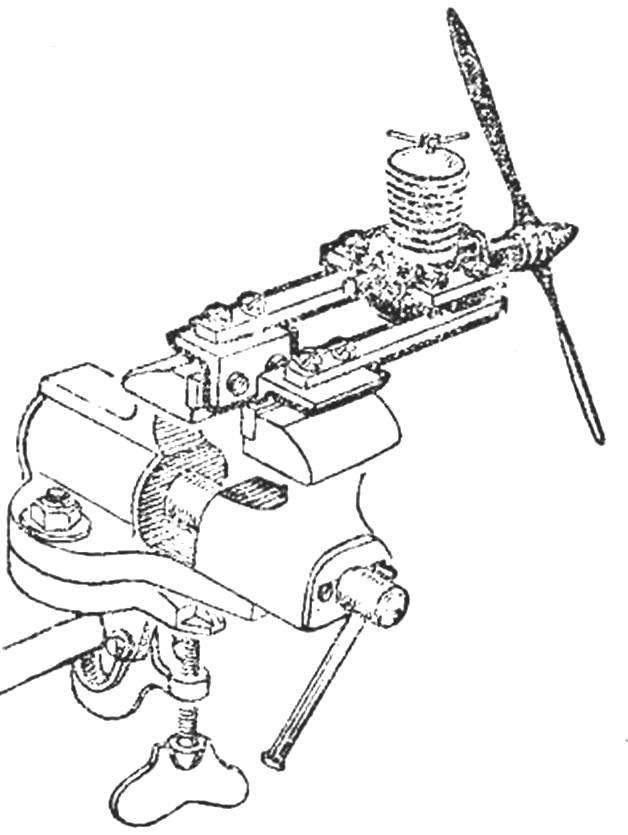 It is often necessary to break in the motor to measure rpm and fuel consumption. To set this engine on the model is optional. In aeromodelling circle of secondary school No. 112 in the city of Dnepropetrovsk made the stand design which is easy to repeat. It is possible to start and run in model airplane engines from 1.5 to 10 cm3. The design of the stand shown in Fig. Based on his grip. It is best to use a bench Vice for wood, the plane of contact of the jaws which are perpendicular to the front face of the table.
In jaws drilled hole Ø 3.2 mm and cut thread M4. To the jaws by screws М4Х20 attached angle brackets, screwed them to the slats. The engine is mounted behind the foot using the pads.
Strengthen the grip on a firm base and rotating the spindle, install the strap across the width of the engine. Using the pads will fix it. Measuring a fuel tank tie rubber band. 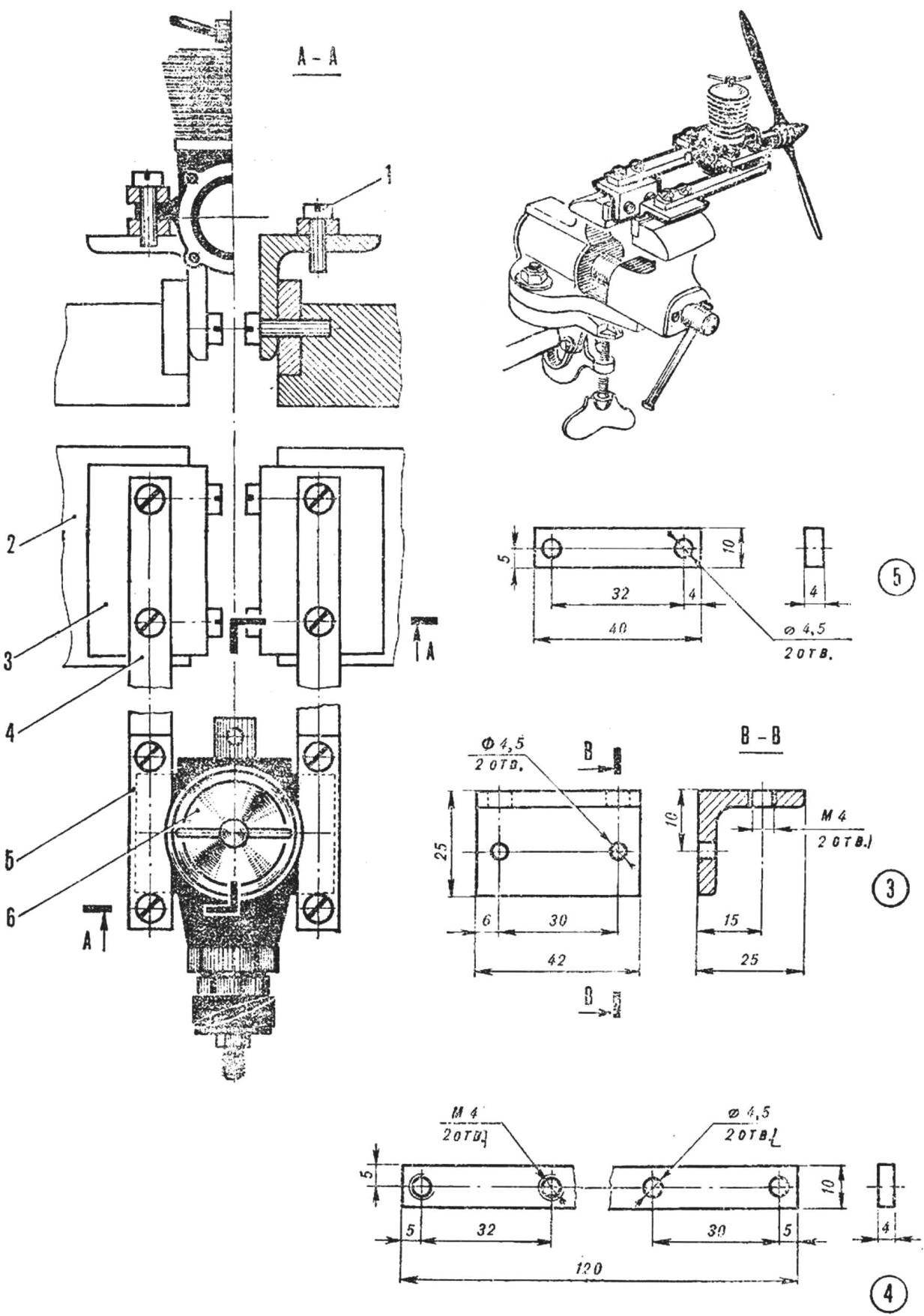