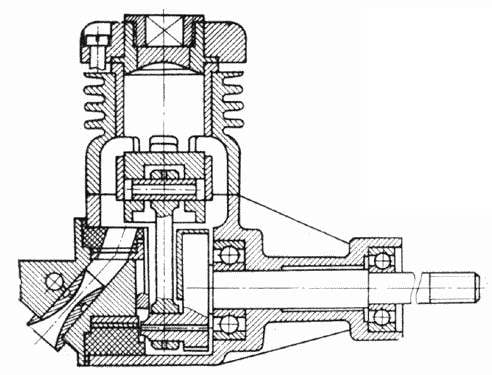 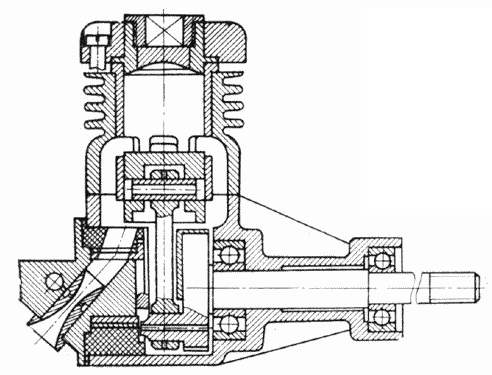 Currently, there are about two dozen different starters. The purpose of all of this is to facilitate the launch of capricious model of micro-motors internal combustion. However, having certain advantages over the others, has its drawbacks: it can be bopsa the mass of the device or its pereprodannosti, require significant machining of the parts, or poor performance.
The proposed device allows you to get when you start the motor substantial torque, allowing its use on compression engines. The starter is very simple — it is essentially the one detail! And due to recent quality — vernadean. In addition, the operational handling, and when you start not according to the large loads the crankshaft of the engine and Motorama. 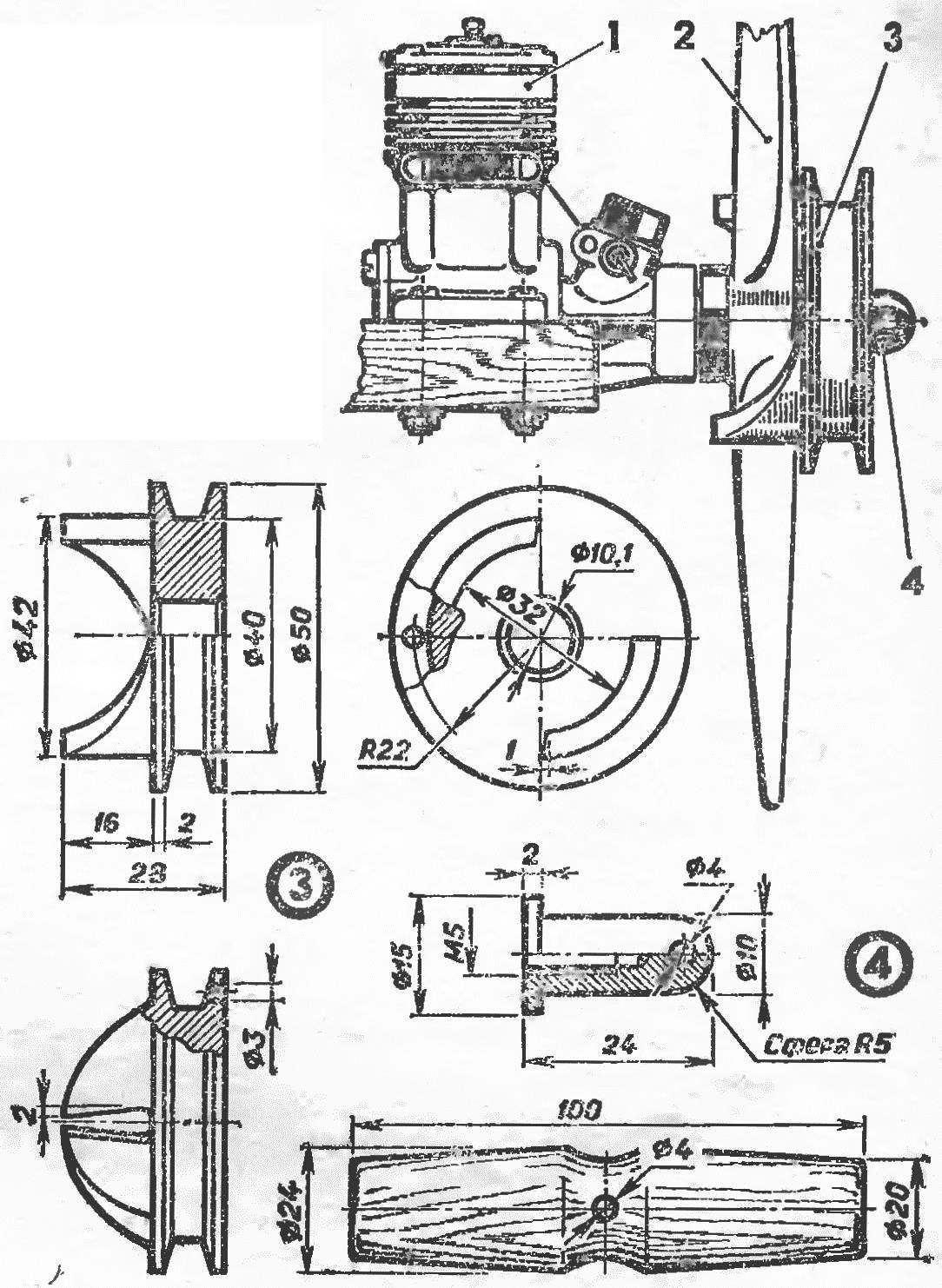 Install the starter tion device on the Microdrive:
1 — motor, 2 — propeller, 3 — ratchet 4 — COC-nut (internal thread to execute on the motor shaft, in the drawing the dimensions for the shaft engine “meteor”). Below shows the cord handle.
The starter is a machined from light alloy ratchet with a pulley on which is wound the starter strap cord. Ratchet before starting the motor is mounted on a special spinner, performing both the function of the screw nut. With enough force (gently, but vigorously) to pull the cord and the engine starts. After starting the ratchet will automatically reset with Coca. For a long time of use, the device showed complete safety of handling.
A few recommendations on making. Ratchet machined on a lathe, “teeth” are milled or cut with a file. Kok-nut — made of steel. Thin nylon strap cable ties at one end node, the second bears a wooden handle. The knot in the hole in the wall Skyway part of the ratchet. The dimensions on the drawings for the engine working volume of 2.5 cm3 and a propeller d 200 mm.
SOLYAR V., Leningrad