One of the most interesting pages in the history of world tank development was, without doubt, the period of creation towered tanks. He covered almost all of the 1920-ies that is not accidental, because the whole concept of mnogobashenniye schema is a logical continuation of the scheme British tanks during the First world war. English diamond machines were created to break through the defensive positions of enemy infantry, therefore, the location of the main weapons in side sponsons seemed quite obvious. When crossing the defensive lines so it was easier to kill the enemy infantry, entrenched in the trenches. Shots were fired from both sides along the trenches. In the process of transition to tower layout, which was apparent at the final stage of the First world war, the scheme with the placement of the weapons in the sponsons transformed into mnogobashenniye.

The first classic mnogobashenniye tank built by the British. French 2S, which appeared immediately after the war, which had two towers, placed along the longitudinal scheme, repeated in the layout of the light tank FT17 and no development of the diamond scheme is not represented. The second tower is needed to protect the tank from the stern, and not for the destruction of infantry in the trenches. In contrast, English А1Е1 “independent”, designed in 1927 and constructed in 1929, had five towers. In the main (or big) the tower housed guns, and four small, arranged in pairs front and rear of the main turret guns. The similarity of the diamond scheme is clear — guns in small towers could hit infantry and firing points of the enemy at the crossing of its lines of trenches, gun was connected to them when necessary. Tower arrangement gave the tank and the obvious advantages of providing an already full fire 360°. Further tests of the British it does not matter — at the turn of 1930-ies, the British army treated a minimum number of tanks. Kind of a rebirth of the British car took place in the Soviet Union.
Designing a heavy tank began in the USSR in December 1930 with the development of a heavy breakthrough tank T-30. According to the plan, it was supposed to be a 50-ton combat vehicle, armed with two 76-mm guns and five machine guns. However, work on the project ended in failure — affected by the lack of sufficient experience of tank. Was not successful and the attempt to develop in the 1930 — 1931 years the project breakthrough tank TP-1 weight 75 t
Further work on the creation of breakthrough tank in the Soviet Union associated with the use of foreign experience. In March 1930 in the Soviet Union from Germany there has arrived group of engineers, headed by E. Grotto. For the design of advanced models of tanks at the plant “Bolshevik” in Leningrad has created a design Bureau AVO-5, which in addition to German experts entered the young Soviet engineers Barykov, sparrows and others who subsequently became prominent developers of the various samples of domestic tanks. Created under the direction of the Grotto TG new tank (“Tank Grote”) differed from the Soviet and foreign cars of the time primarily by the fabrication technology and layout. The car had a welded hull and a three-tier placement of weapons. The running gear was used up rolls of large diameter and independent suspension. During the second half of the 1931 year, the vehicle underwent an extensive test programme, but the red army was not adopted, mainly due to the structural complexity and high cost. Further services E. Cave refused, and the German engineers returned to Germany. 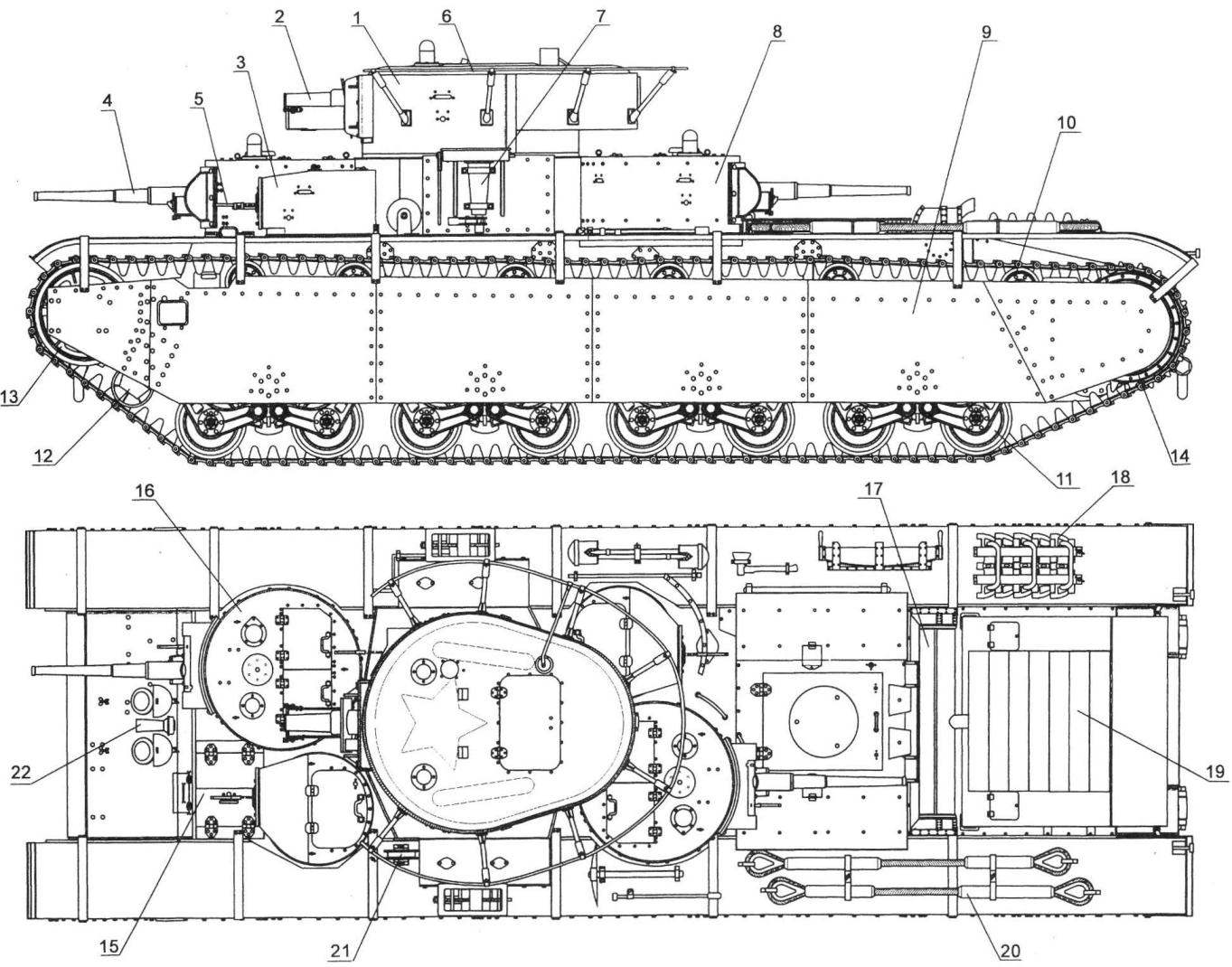 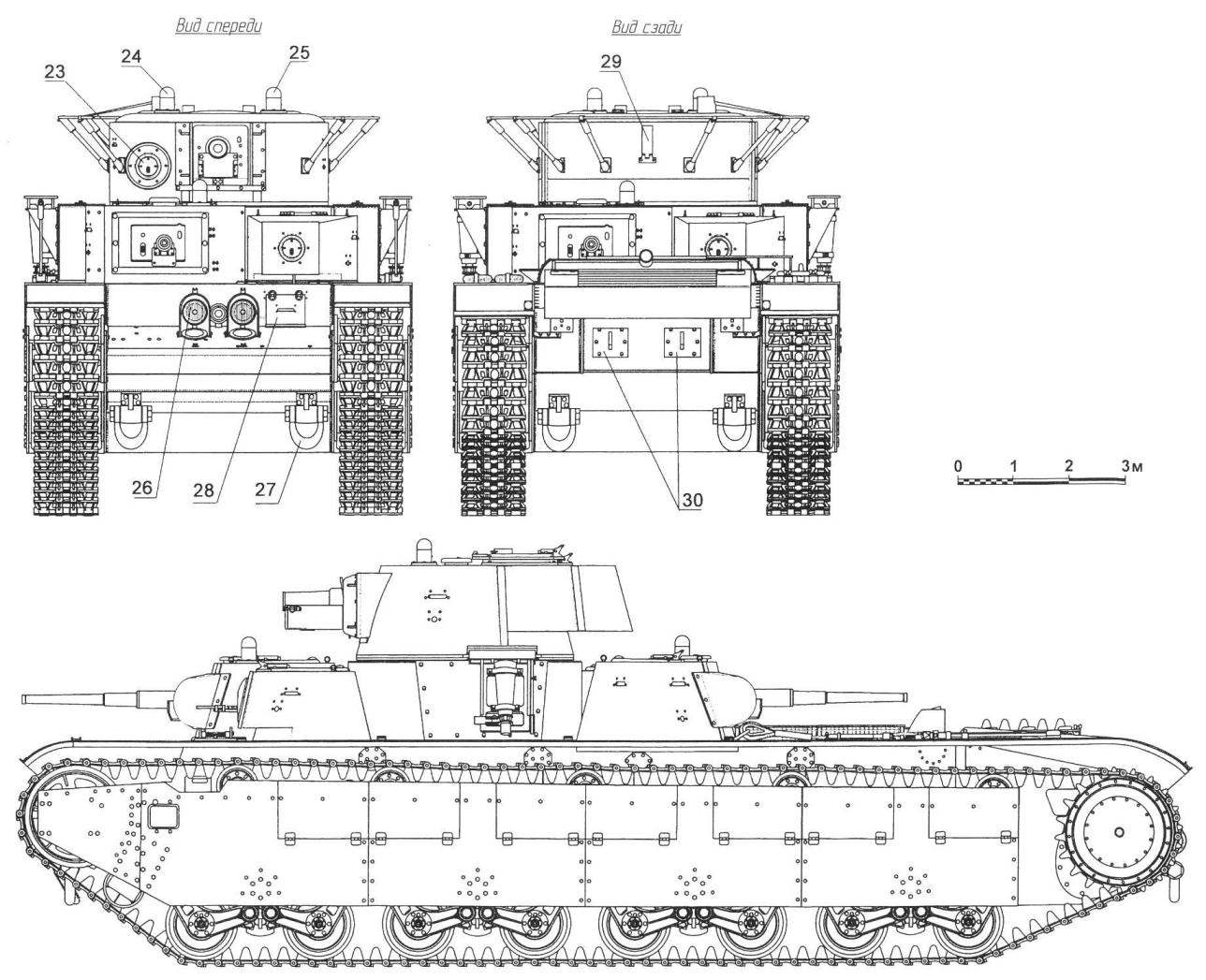