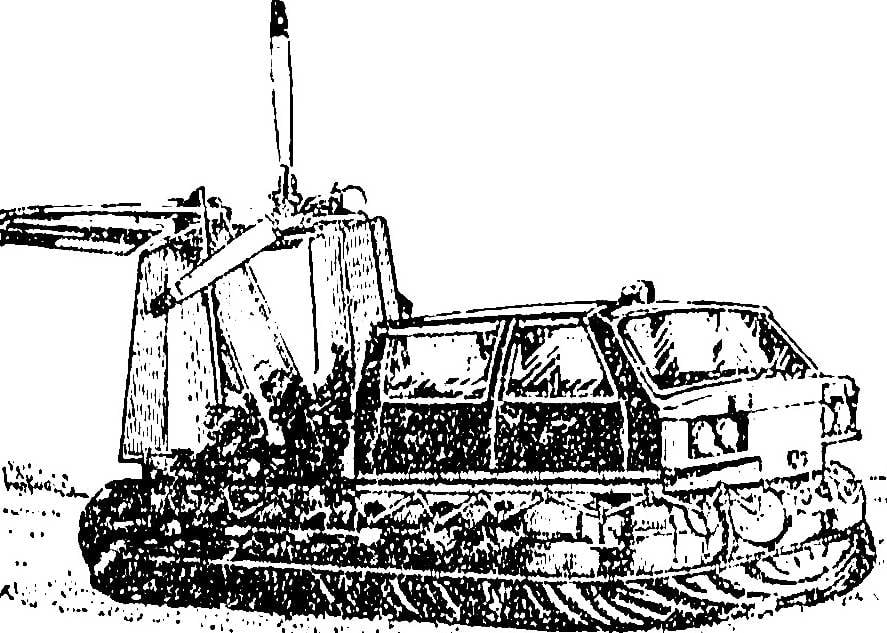 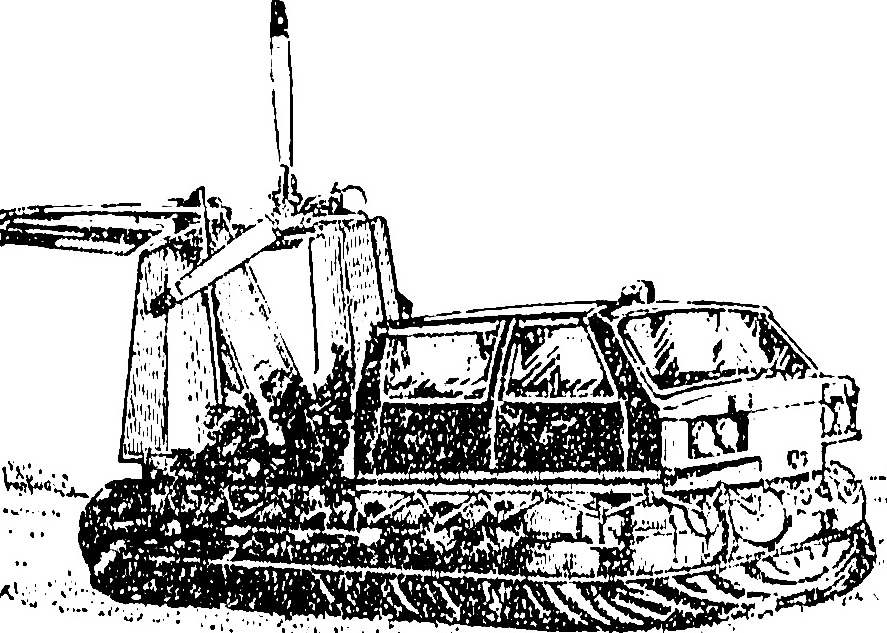 Student design Bureau of the Riga red-banner Institute of civil aviation engineers named Lenin Komsomol familiar to the readers of our magazine. Development of Riga have been exhibited at Central exhibitions NTTM at ENEA USSR. Some of them — the wig and bioacoustics systems, seaplanes and apparatus for measuring motion parameters of aircrafts and trikes for agriculture told “modelist-Konstruktor”.
Even this incomplete list of works by students of rkiiga says about their active participation in the activities of the collective security Council of the Institute. Here productively, not only graduates, graduate students, and those who just got the student tickets. And this cooperation — the key to maintaining the good traditions of creativity. Creativity, the level of development which today allowed to enter the borders of the contractual works, having direct access to the industry, the country’s economy.
An example of execution of such order is a device on an air cushion “Aerodzhip”. The design of WUAs required a significant effort of the entire team of student KB, has contributed to the strengthening of creative communications between the various divisions of the youth group, allowed to gain experience in the coordination of joint activities with research institutes and industrial enterprises.
About the challenges facing students, and the characteristics of the original jeep — the Central exhibit of the exhibition NTTM-87 — says one of its creators, the leading designer of this car, the Deputy head of special design Bureau Rostislav Sawinski.
Every year more and more new deposits of minerals open in the Northern areas of our country. However, development of these resources lies many obstacles, and one of the most challenging — off-road.
Most promising for such conditions can be considered AVP — vehicles hovercraft. These machines could take on a very important work for the exploration and construction of roads — roads for traffic in the winter.
As you know, these trails are mostly along riverbeds. Frozen river — an almost perfect way, that’s just the capricious Northern rivers today on her ice sometimes so thick that it held the most heavy-duty trucks, and tomorrow river quietly makes adjustments, blurring in places the ice in one place to another… In such cases, the necessary operational information on the status of the ice road.
All of these problems facing the student of KB rkiiga, whose team undertook the design of the apparatus on an air cushion on the basis of units and units of existing vehicles and helicopters.
Several characteristics of our “Aerodzhip” — maximum capacity: 5 people (salon basically the same as the car “the Zhiguli”); engine — also “Zhiguli”, with a capacity of 57 kW; petrol consumption is 33 kg/h; operating speed when driving over water — about 60 km/h, a cruising range at the same time — 300 km; machine length — 5 m, width — 2,5 m, height (without screw) — 2.6 m; aeromedical can overcome individual obstacles up to 0.2 m, wave height 0.3 m, as well as long ascents with the slope up to 7°; the mass of the vehicle is 1100 kg. 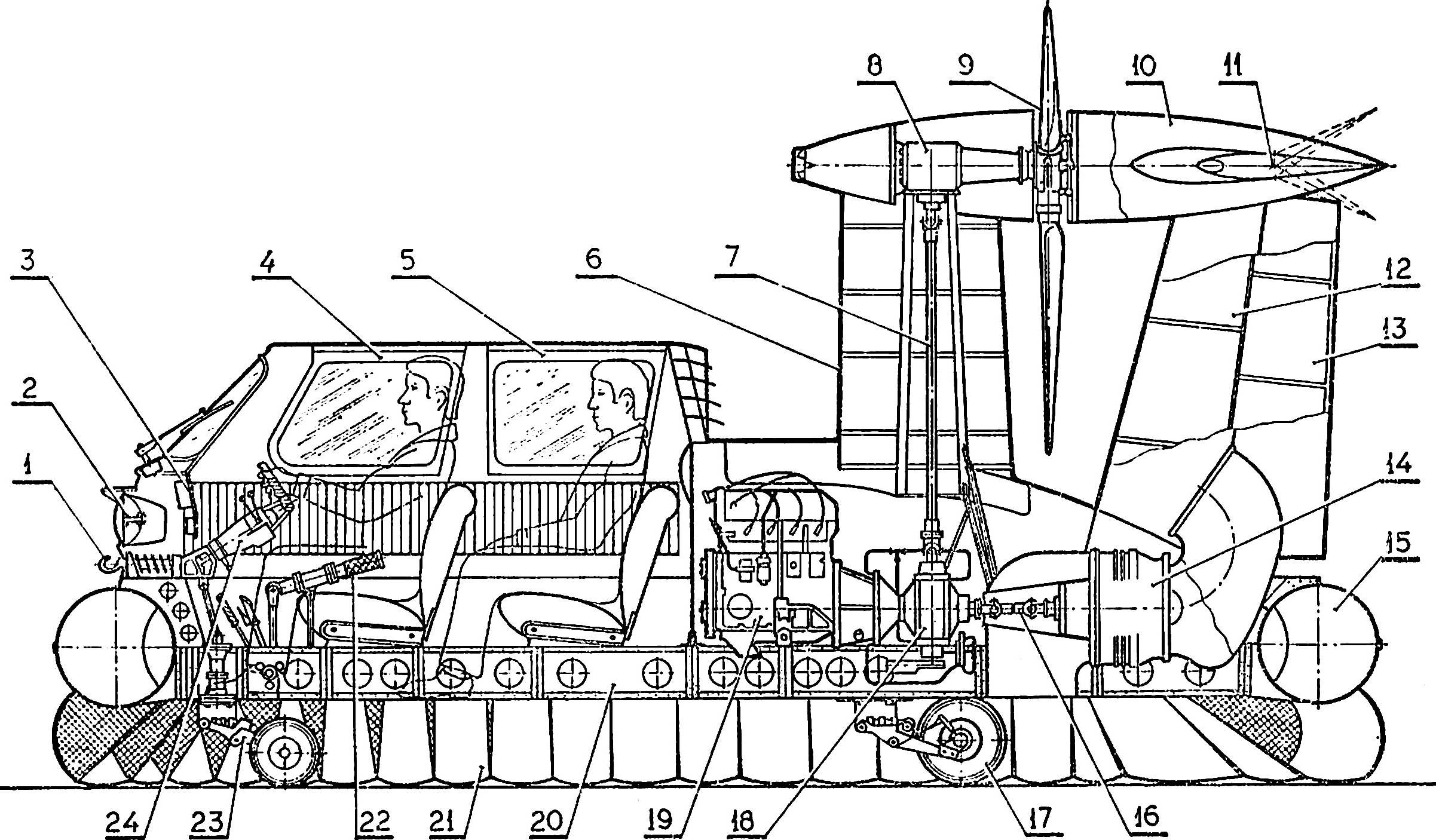 The layout of the apparatus on an air cushion
1 — the towing device, 2 — beam, 3 — dashboard, 4 front lift door, 5 — tailgate, 6 — pole angular gear of the propeller, 7 — driveshaft drive propeller, 8 — angular gear box, 9 — a variable-pitch propeller (reverse), 10 — fairing, 11 — driven stabilizer, 12 — L-shaped keel, 13 — rudder 14 — fan supercharger air cushion 15 is an inflatable chamber providing buoyancy, 16 — propeller shaft of the fan drive, 17 — rear-wheel chassis, 18 — gearbox 19 — engine 20 — truss frame of the machine (boat), 21 “skirt” of the fence airbags, 22 — handle “step-gas”, 23 — steerable front gear, 24 — the wheel.
A characteristic feature of the apparatus is the presence of the support-guide gear — wheel or ski, which allows to make sharp turns, reducing this degree of loading of wheels or skis due to the airbag. Well, when driving on fairly smooth tracks you can use the chassis in the usual way — as, for example, on the snowmobile or aircar.
In front of the WUA is the cabin with the seats and machine controls, and in the rear — engine compartment with the units lifting and propulsion powerplant and tail unit. Around the perimeter of the hull of the boat is attached an elastic inflatable chamber apparatus providing increased buoyancy and unsinkability.
To inflatable chamber at its perimeter is attached to the so-called “skirt” — flexible air cushion protection that helps maintain a set pressure of air at overcoming disparities and increasing the effectiveness of airbags when driving over a water surface.
Torque from the engine is transmitted to the transfer case gear and then through two propeller shafts fan on the air cushion and the propeller pitch.
The change of direction is the front swivel chassis leg, paired with aerodynamic rudders, which are located in the jet from the propeller.
Regulation of the screw pitch — control, reminiscent of the handle “step-gas” in a helicopter. It is easy to transfer the engine’s power between the fan blower and aredigital.
The stabilizer apparatus due to the peculiar “handlebar height” can compensate for changes in alignment caused by uneven loading of the salon “Aerodzhip”.
The frame of the device is a dural truss frame assembled from extruded sections and sheet metal. The shell of the cabin is molded from fiberglass and epoxy resin.
The set of equipment, in addition to “Zhiguli” of the devices monitoring the engine and electrical equipment included measuring the velocity and radar measuring ice thickness.
Create speed meter and distance traveled was complicated by the fact that the machine doesn’t is contact with the track — it hovers above it at a height of several centimeters. The basis of the instrument were taken produced by the domestic industry locator used by traffic police to determine speed of vehicles. As it turned out, the accuracy of measuring the speed of this device exceeds the capabilities of automotive speedometer. The locator is complemented by a kind of integrator, for counting the length of the traversed path.
It seems that our “Aerodzhip” will find widespread. The use of widely available automotive and aviation units makes it cheap both in production and in operation. And capability of the machine, with the ability to move over land, over water, providing year-round transportation of mail and passengers on many of the taiga rivers and lakes, tundra and steppe areas, are such that it will be able to become in these regions the mass.
R. SAWINSKI, Riga