Tests of the new weapon made a strong impression even on seasoned commanders. Indeed, shrouded in smoke and flames fighting machine in just a few seconds produced by sixteen jet 132-mm shells, and where only what could be seen of the target, already spinning fire tornadoes, flooding the distant horizon crimson glow.
So was a demonstration of the unusual military equipment to the Supreme command of the red army led by the people’s Commissar of defense, Marshal S. K. Timoshenko. It was in the middle of may 1941, and a week after the beginning of the great Patriotic war formed separate experimental battery rocket artillery Reserve of the Supreme command. A few days later the production began to pass the army the first production BM-13-16 – the famous “Katyusha”.
The story of the creation of guards rocket mortar has its origin from the twenties of the last century. Even then, Soviet military science has seen the future military operations of maneuvering, with extensive use of motorized troops and modern equipment – tanks, planes, cars. And this complete picture was struggling to fit the classic cannon artillery. It more consistent with mobile rocket launchers. The lack of recoil, lightness and simplicity of the design allows us to dispense with the traditional heavy carriages and beds. Instead of them – openwork rails tubes that you can mount on any truck. However, low compared to the guns accuracy and low firing range prevented the adoption of rocket artillery in service.
At first, the employees of the gas-dynamic laboratory, where he created missile weapons, difficulties and failures more than its successes. However, enthusiasts -engineers.GN And. Tikhomirov, V. A. Ar-temeev, and then E. G. Langemann, and B. S. Peter and Paul persistently perfecting their “offspring”, firmly believing in the success of the case. It took extensive theoretical work and numerous experiments that eventually led to the creation in late 1927 82 mm fragmentation rockets with gunpowder engine, followed by the more powerful, caliber 132 mm. Test firing conducted in Leningrad in March 1928, hopeful-range was already 5 – 6 km, although the scattering was still large. For many years it was not possible to significantly reduce: the original concept involves a rocket with a tail, not beyond his caliber. Because the guide for it served as pipe – simple, lightweight, easy for installation.
In 1933, the engineer I. T. Kleimenov were asked to do a more developed tail, much (over two times) exceeding in its scope the caliber of the projectile. Accuracy
the firing increased, and increased range, but had to design a new open – in particular, the rail – guides for shells. And again the years of experiments, searches…
By 1938 the main difficulties in creation of mobile rocket artillery has overcome. Employees of the Moscow RNII Y. A. Pobedonostsev, F. N. Of., N.Uh. Schwartz and others have developed a 82-mm shrapnel, high-explosive fragmentation and thermite shells (PC) solid propellant (gunpowder) engine, which was run by elektrozapalom.
Baptism of fire RS-82 mounted on the aircraft-destroy-engines-16 and I-153, passed in the summer of 1939 at Khalkhin-Gol demonstrated high combat effectiveness in air combat was shot down several Japanese planes. At the same time for firing at ground targets, the designers have proposed a number of mobile multi-charge launchers, rocket launchers (for area). In their creation under the guidance of A. G. Kostikov was attended by the engineers V. N. Gal-kovsky, I. Gwaii, A. P. Pavlenko, A. S. Popov.
The installation consisted of eight open tracks linked together into a single unit welded tubular spars. Sixteen jet 132-mm shells (the mass of each -42,5 kg) was recorded with T-shaped pins on the top and bottom rails in pairs. The design was the possibility to change the elevation and pivot in azimuth. Route guidance was produced through the sight by rotating arms lift and swivel mechanisms. Installation mounted on the chassis of the three-ton -common and then a truck ZIS-5 in the first embodiment, a relatively short guide located crosswise of the machine, generally referred to as MU-1 (mechanized system). This decision was unsuccessful at shooting the car was rocking, which significantly reduced the accuracy of the battle.
In September 1939 created a jet system of the MU-2 is more suitable for this purpose triaxial truck ZIS-6. In this embodiment, elongated guide rails mounted along the vehicle, the rear part of which before the shooting is additionally hung on the jacks. Weight of vehicle with crew (5-7 employees) and full ammunition was of 8.33 t, the firing range was reached 8470 meters. In just one volley (8-10!) fighting machine firing on enemy positions 16 shells containing 78,4 kg of highly explosive substances. Triaxial ZIS-6 provided the MU-2 are quite satisfactory patency on the ground, allowed her to quickly make the March-maneuver and change positions. As for the translation machine from marching to combat position was 2-3 minutes is sufficient.

In 1940, after the rework the world’s first mobile multi-charged reactive multiple rocket launchers, which received the designation M-132, has successfully passed factory and field testing. By the beginning of 1941 had already made a pilot batch. The machine has received the army designation BM-13-16, or just BM-13, and a decision was made about their industrial production. At the same time has approved and adopted a lightweight mobile unit massive fire BM-82-48 on the guides which housed 48 82-mm rockets with a range of 5500 m. it is Often called short – BM-8. Such a powerful weapon had no army in the world.
No less interesting is the history of the ZIS-6, which became the basis of the legendary “Katyusha”. Conducted in the 1930-ies of the mechanization and motorization of the red Army insisted on the production of three-axle vehicles for use not only for transportation of goods and people, but also as artillery tractor for mounting of various installations. In the same period to work in heavy traffic the domestic auto industry began to develop three-axle vehicles with two rear drive axles (6×4) using standard two-axle trucks. Adding another rear axle in half, increased the capacity of the machine, at the same time reducing the load on the wheel. This enhanced performance on soft soil – wet meadow, sand, arable land. In February 1931 the decision was made to organizations in the USSR the mass production of three-axle vehicles three plants on the basis of adopted to the production base of cars carrying capacity of 1.5, 2.5 and 5 T.
In 1931 – 1932 by the design Bureau of the Moscow automobile plant AMO under the leadership of chief of Bureau E. I. Vazhinsky design was conducted triaxial truck AMO-6 (designers A. S. Eisenberg, CH, Ke Min, A. I. Korostiev and others) along with other new vehicles, Amos-5, Amos-7, FO-8, with their wide unification. The prototype for the first “lovskih” trehanoc was the English trucks VD (“war Department”), as well as domestic development AMO-Z-NATI.
The first two test cars AMO-6 was tested from 25 June to 4 July 1938 in the run Moscow – Minsk – Moscow. A year later the plant started production of an experimental batch of these machines, called the ZIS-6. In September they participated in the test run Moscow – Kiev – Kharkov -Moscow, and in December started their serial production. In just 1933 has produced 20 “rehook”. After reconstruction of the factory production of the ZIS-6 was increased (up to 1939, when manufactured 4460 machines) and lasted until October 16, 1941 – the day of the evacuation of the plant. Only this time produced 21 239 ZIS-6. 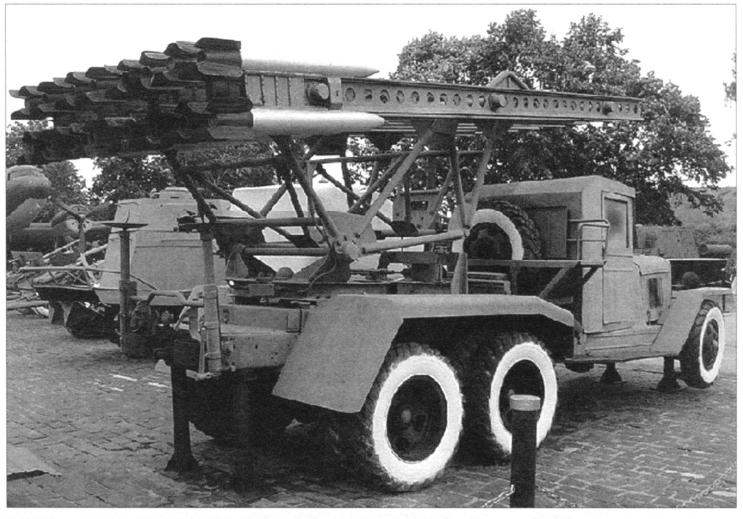 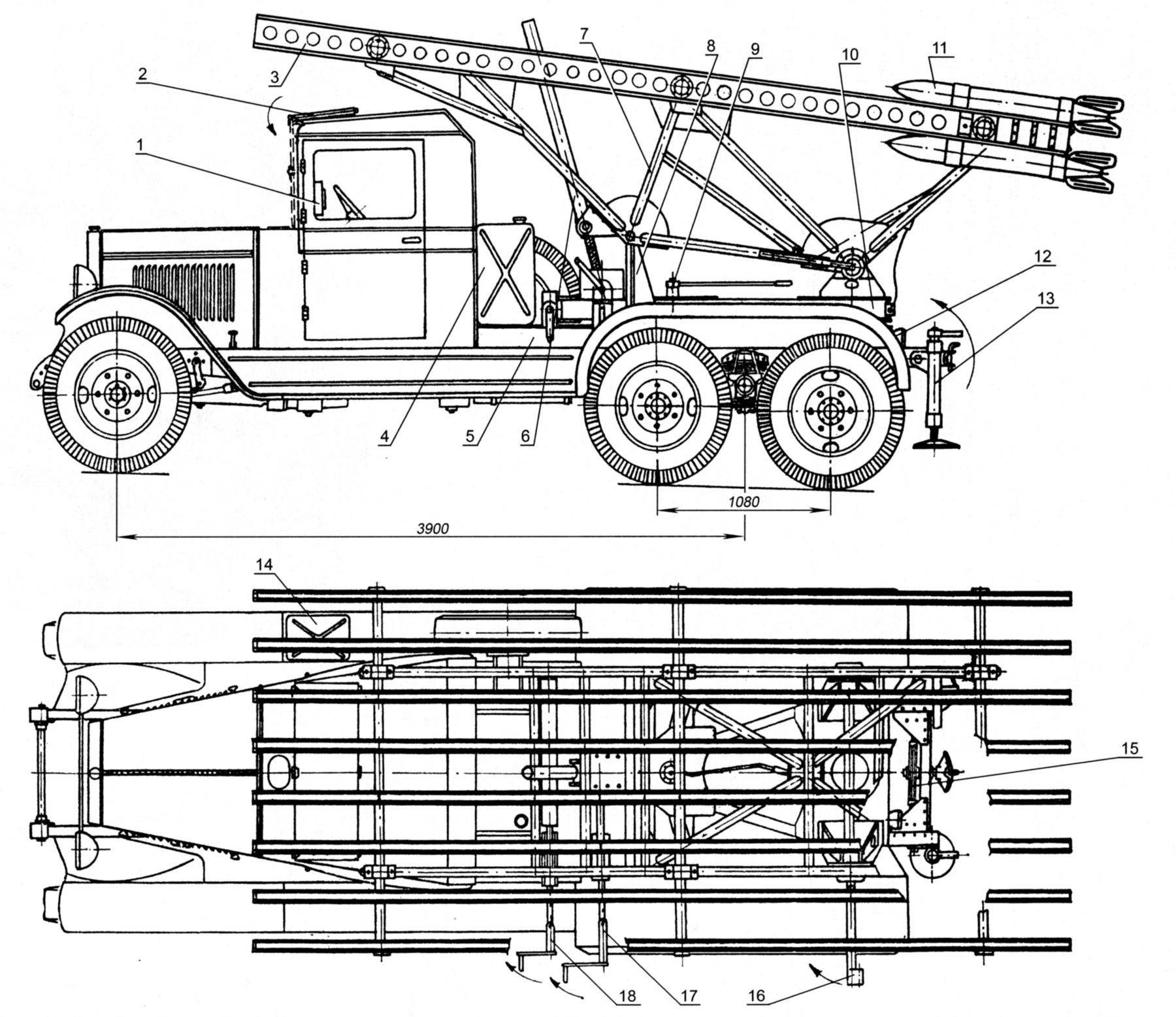 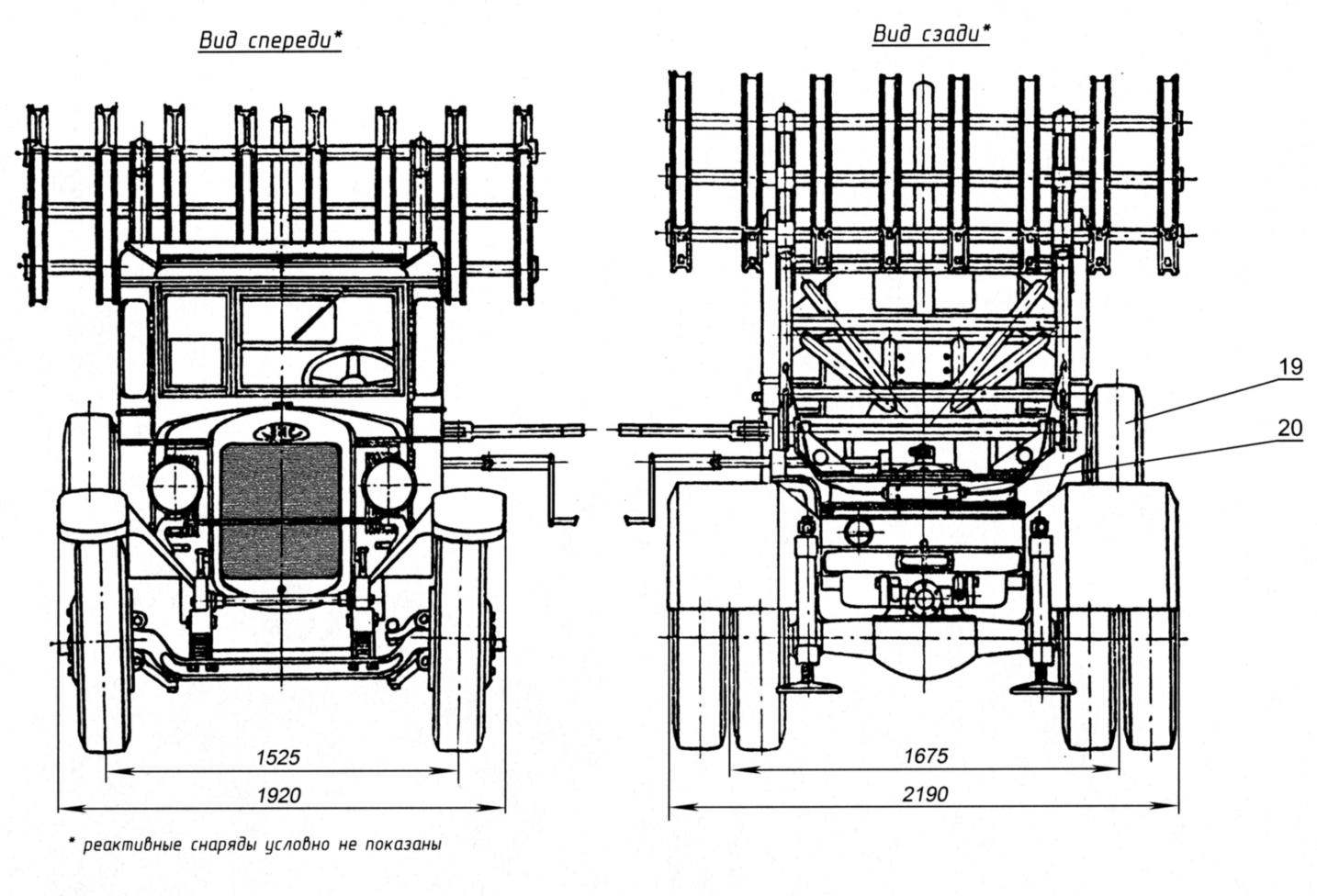