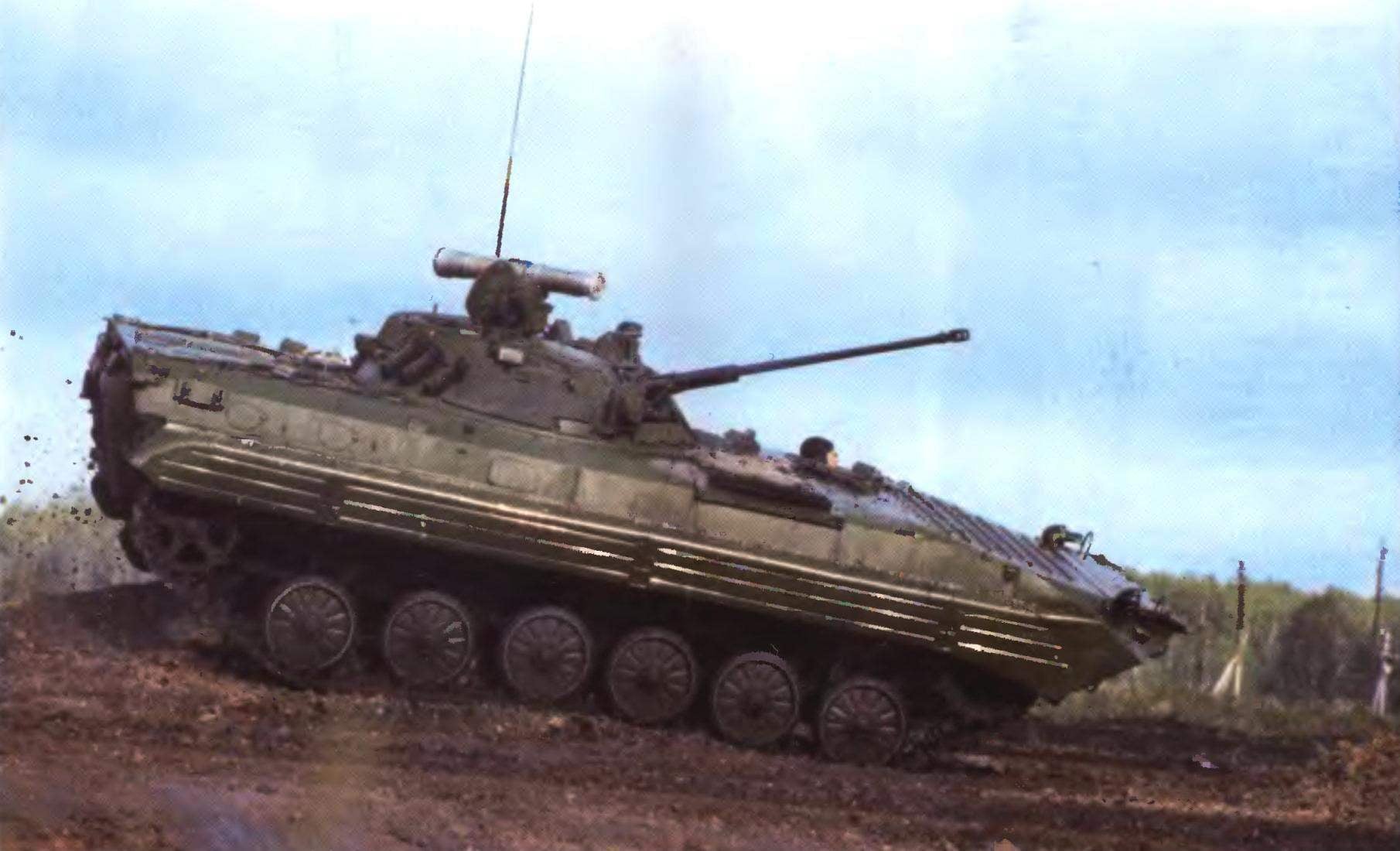 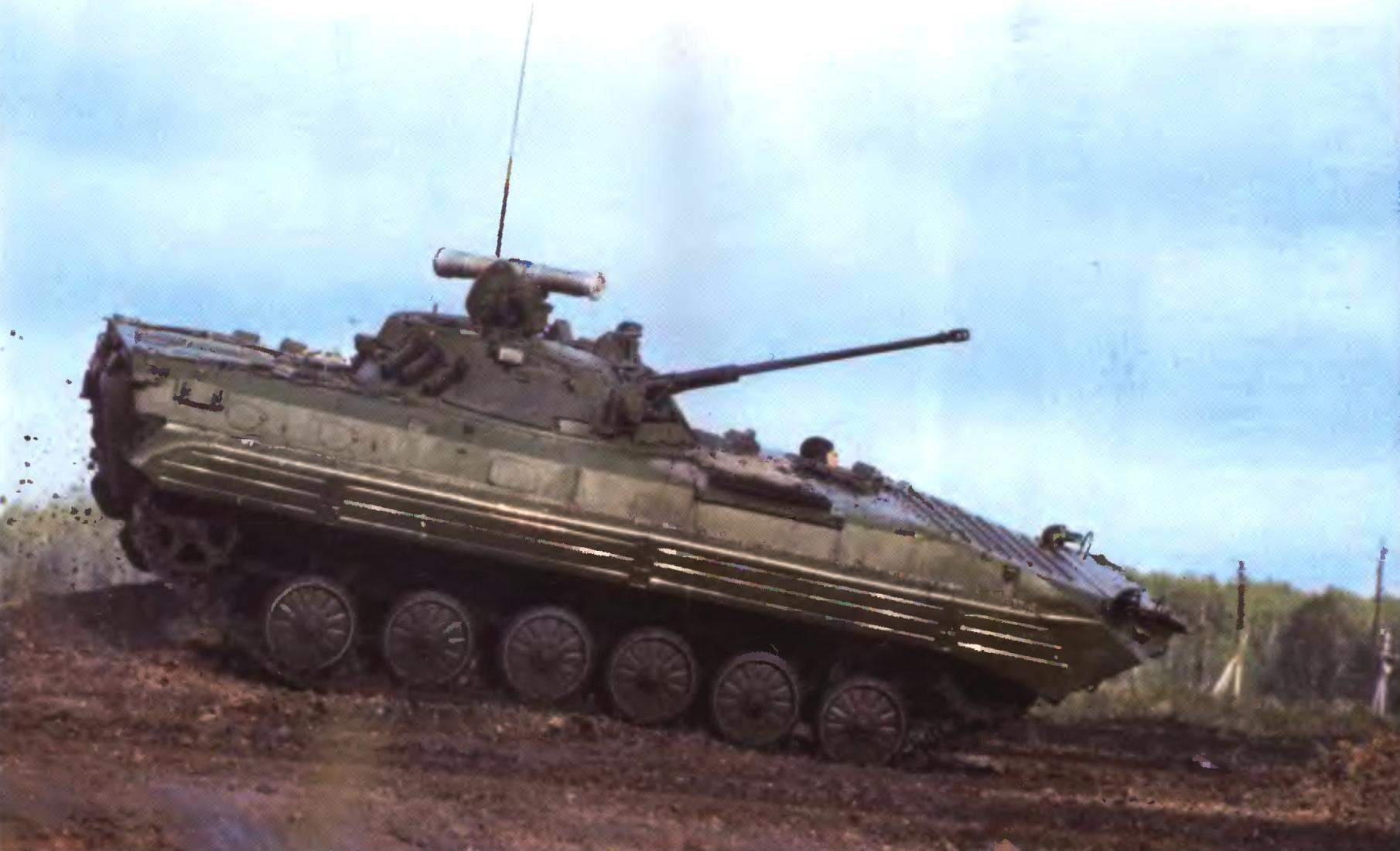 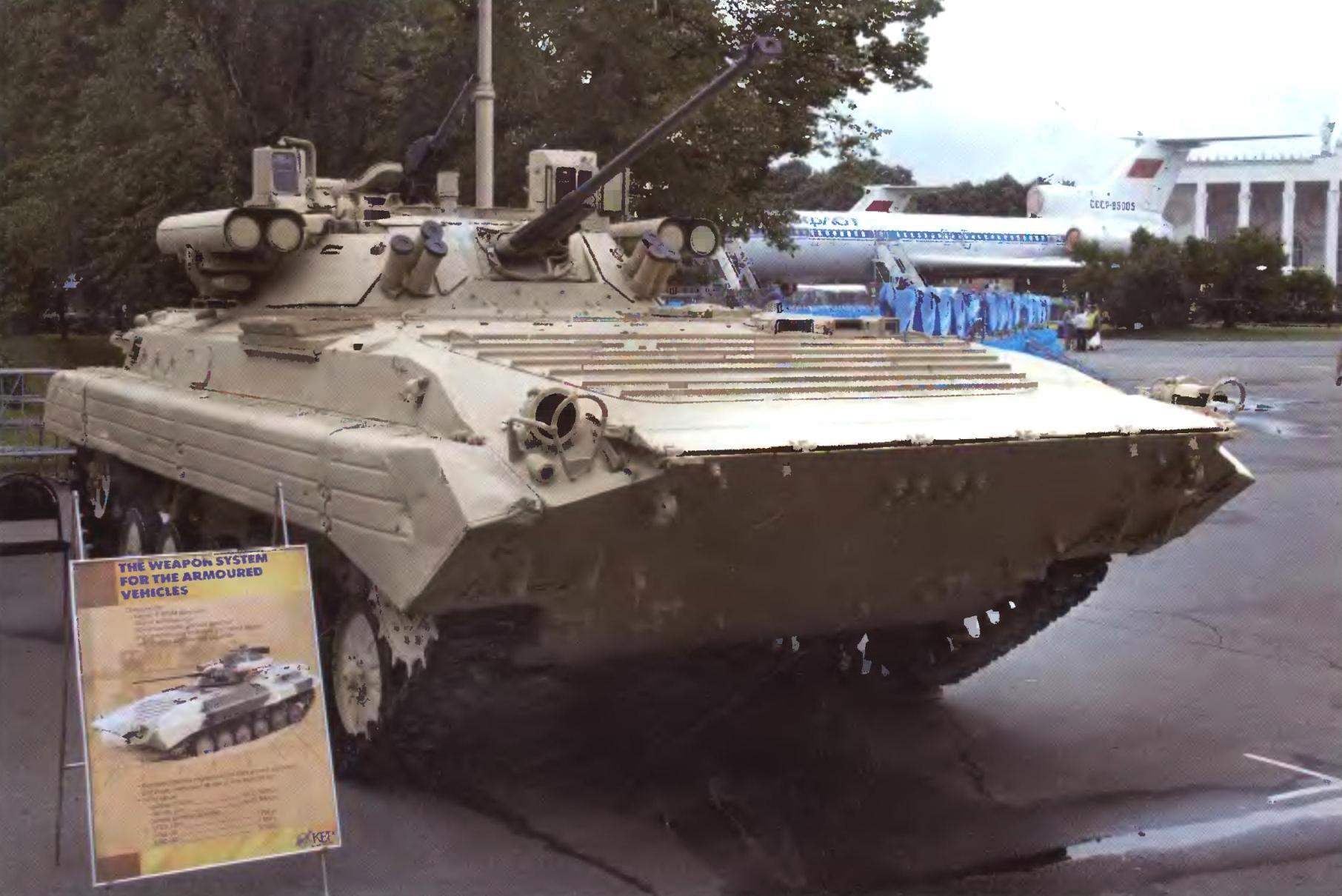 In the late 1950’s — early 1960-ies there has been a backlog of the USSR from Western countries in the creation of heavy tracked armored personnel carriers. During this period in the armies of NATO were adopted by M113 armored personnel carriers (USA), “Trojan” (UK), VТТ M56 (France) S-30 (Germany) did Not depart from them, and neutrals — the Swedes took his PbV302, and the Austrians — 4K3F. All these machines have a completely closed enclosure and powerful enough weapons — up to 20-mm automatic guns. Heavy tracked armored personnel carrier there were in the Soviet Army — BTR-50P (in the roof — BTR-50PCS). However, this machine, compared to its Western counterparts, had too large dimensions and very bad layout with a front of the troop compartment.

Apparently, for this reason, a serious upgrade (mainly to strengthen the arms), felt hopeless and went towards the creation of a completely new sample, a New car was to have it more suitable for APC layout with a rear troop compartment and the most important is to be adapted for warfare in a nuclear war, that is to have sealed hulls with a GROOVE system (anti-nuclear protection). In terms of weapons focused on the most powerful Western models, but then came the hitch. The fact that during the reign of N. With Khrushchev’s no work on the creation of small-caliber automatic guns for the army was conducted, and equip a new car was simply nothing, there was only one gun suitable for this purpose, — 73-mm recoilless smoothbore gun 2A28 “Thunder”, which allowed at ranges up to 1000 meters to hit armored vehicles, including tanks of the period.

It and set it on the car, which was adopted in 1966 under the designation BMP-1, proudly calling it “the ancestor of a new class of military equipment — infantry fighting vehicles”. Thus any coherent concept of their operational use completely absent and most of the military were of the view that the BMP, as the APC is just a vehicle that allows under the guise of armor to deliver the infantry to the battlefield behind the tanks and then use it for classes site. However, against more powerful than the then Russian armored vehicles, weapons, no one objected, though it also clearly has not been defined clearly, that the armament of the BMP-1 had a pronounced anti-trend: in gun ammunition “Thunder” were only anti-cumulative shells, and as additional weapons in the car were placed ATGM “baby”. For support of infantry from the BMP was only a 7.62 mm machine gun PKT, which was not enough (for comparison: the BTR-60PB were two of them. 14.5-mm and 7.62-mm). Fragmentation grenade introduced in ammunition only in 1973, but she didn’t give the infantry due to the grazing trajectory. In addition, it should be noted that BMP-1 was absent stabilizer arms, and focus fire with all types of ammunition was impossible.

As a result, in military-industrial circles turned a long discussion about how to be armed IFV. Within this discussion was created prototypes of future vehicles with two directions of development of weapons. The first is the increasing firepower of the gun “Thunder” by lengthening the barrel, which led to the creation of 73-mm gun “summer lightning” installed on the experimental objects 768 and 681, made in 1974 and 1977. Second — go to created by the time automatic 30-mm cannon, installed on the objects 680 and 769 in 1972 and 1974 in this case, the object 680 gun and a machine gun was mounted on the remote rotating carriage, which had a standard turret BMP-1 and a second machine gun on the hatch of the commander. The object had 769 twin tower and an elongated body (the number of rollers was increased to seven). 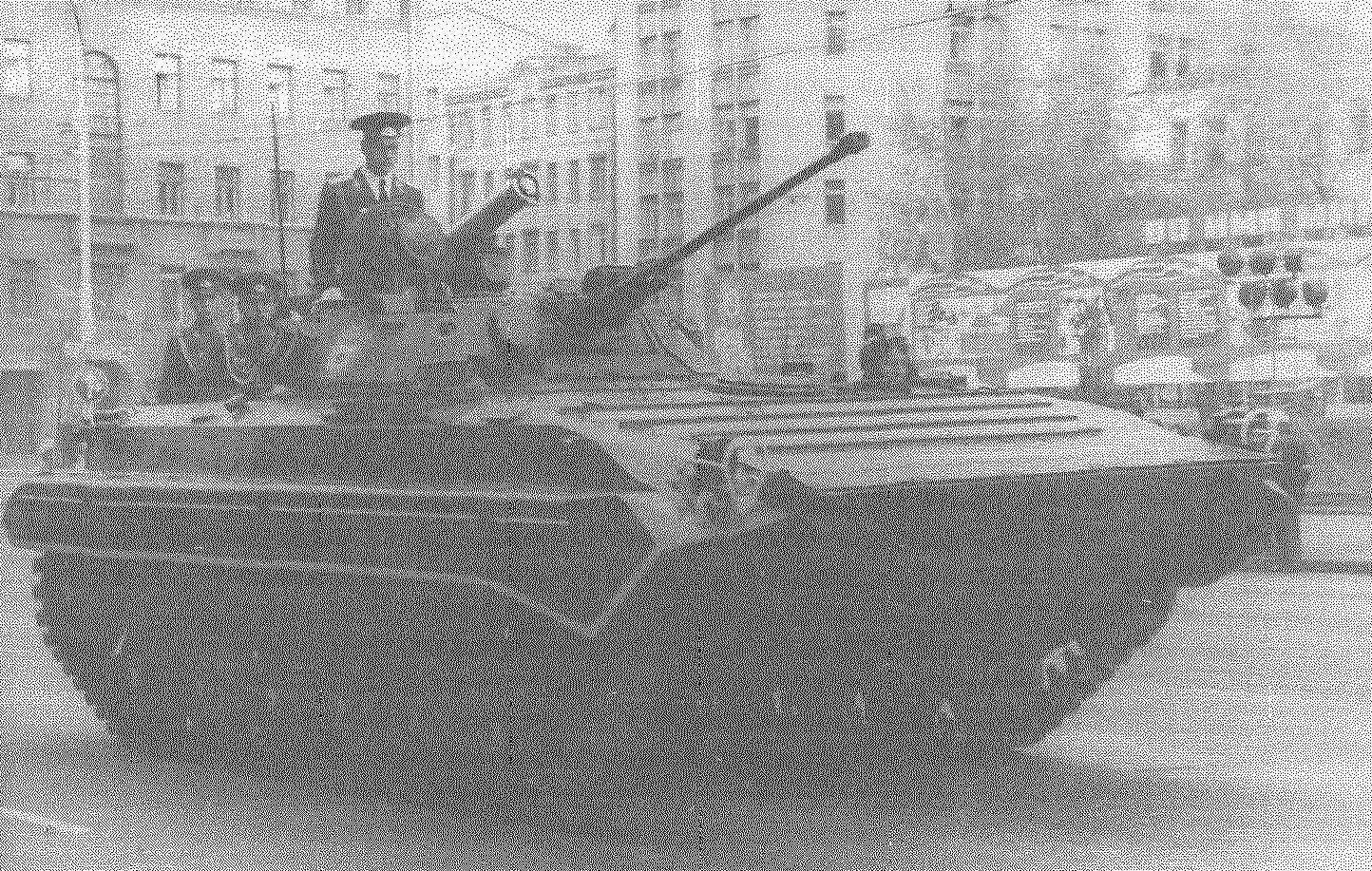 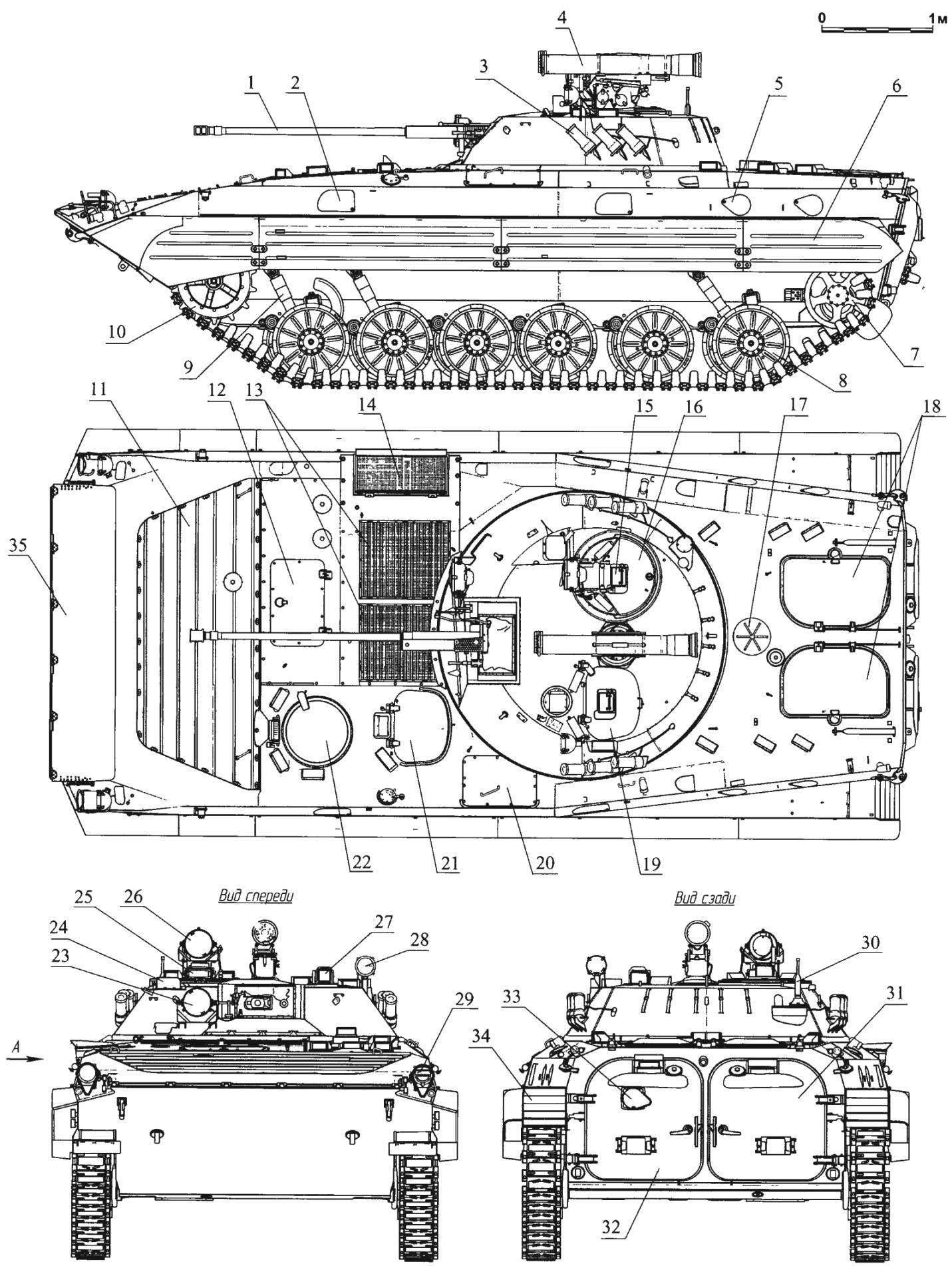 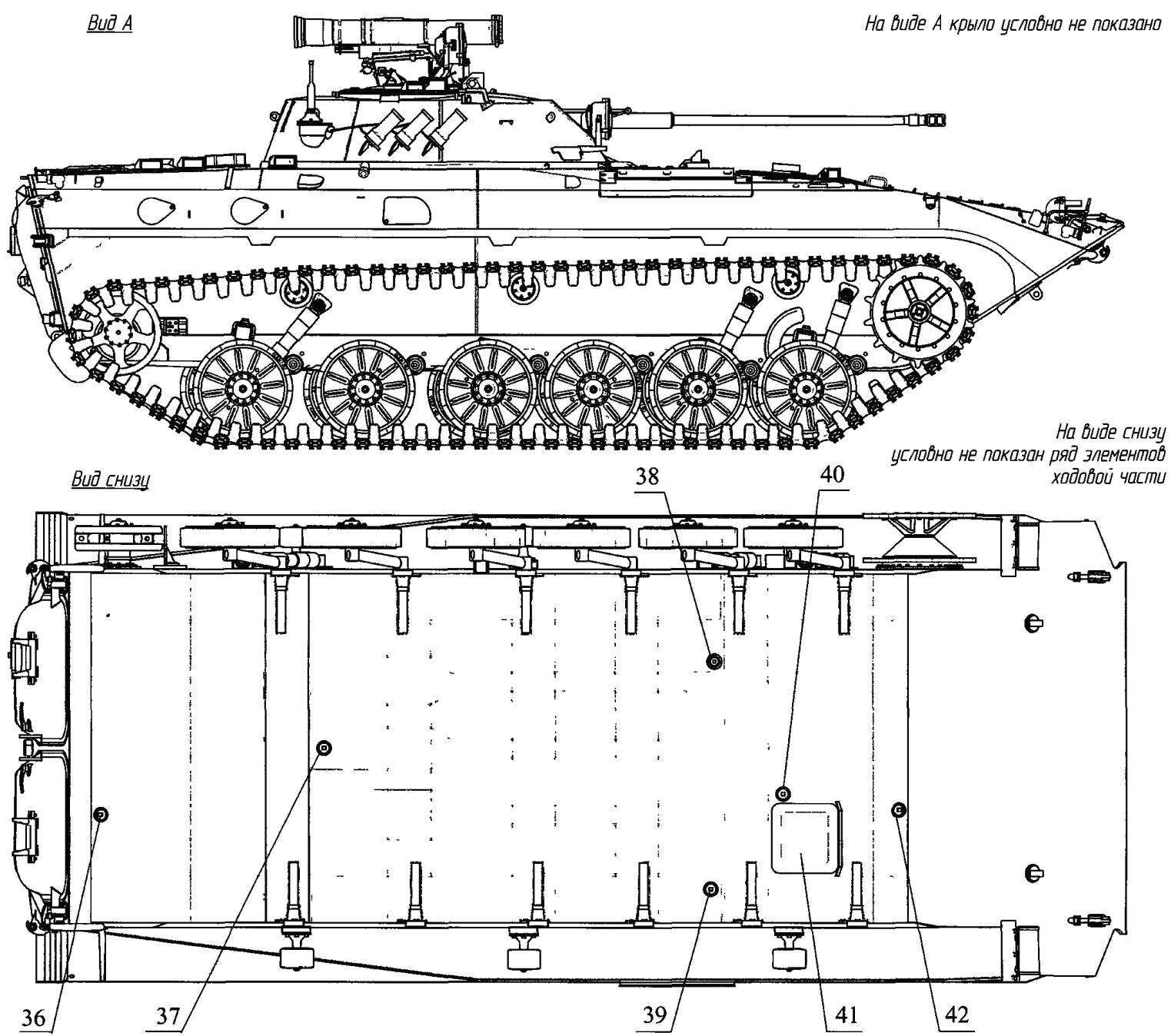