Transceiver SV MJ-2701 company MegaJet is designed for a supply voltage of 12.5 V, which, despite its “special” purpose to work as an automotive MW transceiver with power from the onboard network of the car 12, is not reasonable from the practical point of view and logic. As is well known to experienced Amateurs and professionals, the voltage of the car (meaning a car with a battery voltage of 12 VDC) when the engine is running can reach 15 In (these are the parameters of the relay controller charging battery). Consequently, some electronic and radio system (including transceivers) when operating in the vehicle fail.
In practice, the maximum number of failures of radio equipment and transceivers (which the author had to face in a few years) the car falls on the fault due to surge at start-up of the starter when the engine is already turned on and started charging the battery.
Here we can draw an analogy with the well-known case of burnout of the spiral incandescent filament lamps at the time of its inclusion, when the spiral has the least resistance. From lack of voltage (9…11) in the “starter” to throw the maximum voltage (14…15) when activated, the car engine may take less than 1 s, but this time is enough to take (or damage) autoradiator down In a few cases, repair of the transceiver MegaJet-2701, the author was faced with the same recurring fault — is brought into the repair of similar devices required to replace one Zener diode (D13 marking on the PCB). Overvoltage this Zener diode fails and closes (shunts) a common wire (- Range) and the power of the chip LC7185 the Sanyo main chip in this model transceivers. As a result of a failure (internal circuit) of the Zener diode D13 power to the chip is not received, the transceiver can operate only in a single channel, led digital display (fully managed with chip-decoder LC7185) was repaid. Effective replacement of failed diode shall be provided (and proven) replacement for domestic Zener Д814Г. Possible options Д814Б…Д814Д, D810, Д813, Д815Д and other similar voltage stabilization 10…14 V. Even if not to exclude the Zener diode D13 of the scheme (cost) and break the electrical circuit transceiver will work, but to protect the device from subsequent overvoltage (the voltage up to 14…15 V), is set on D13 specified type is a domestic Zener In this metamorphosed transceiver (tested in practice) is infinitely long.
Moreover, it is noticed that from the power source to the point in the schema where you installed the Zener diode D13, included a fixed resistor R93 with a power dissipation of 0.5 W and a resistance of 220 Ohms. By external examination it was his charred condition indicates a fault in this part of the scheme. After the above changes to the schema overheating of this resistor no longer exists.
The Board space occupied by the capacitor С74 (non-polar type capacitor KM-6 with a capacity of 0,22 UF), you need to fill in the oxide capacitor of any type, e.g., K50-35 capacity 50… 100 UF at a working voltage of not less than 25 — this will reduce the voltage ripple and stabilizes the entire device.
Despite the small nameplate output power of this transceiver is only 2 watts in AM mode, its application in the car allows to solve some additional tasks, for example, security companies can use the transceiver for the implementation of operational communication in the range of 27 MHz (of course, in the presence of a suitable tuned car antenna) with the ability to rebuild on 40 independent channels; cars can communicate with a secured truck at a distance of 5 km on the highway. When using this type of low-power transceivers with 20-watt amplifiers (in other modes) it is possible to implement radio communication in civil band at a distance of 40 km. 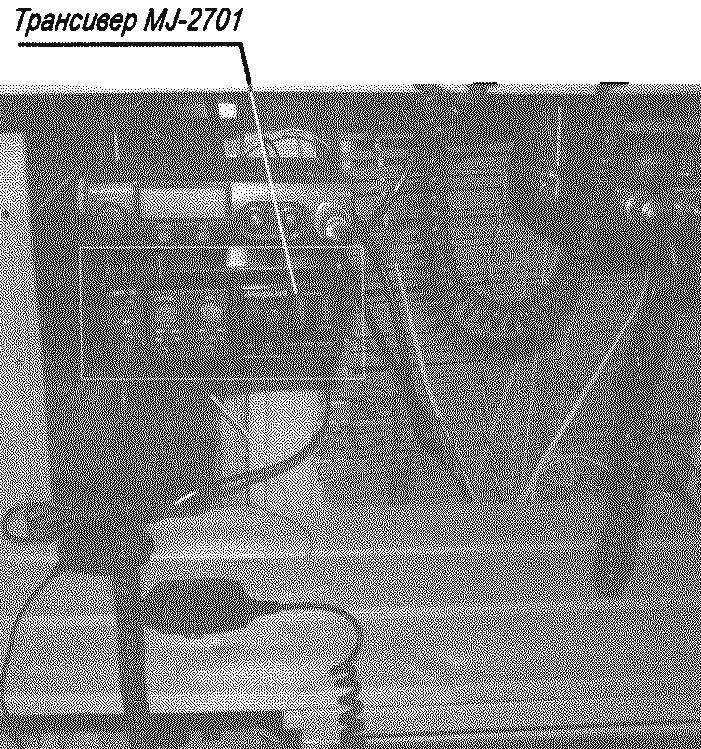 Even so, these transceivers should not be written off — he took his, though not a professional niche among Amateur radio operators who use two-way communication. In addition, the advantage of car radios is that they are relatively unpretentious, maintainable and cheap relative to professional systems, such as, for example, Kenwood TS-950SD.
What can you advise else? The most affordable and easy — does not include transceivers at the time of operation of the starter of the vehicle and to use transceivers with a nominal voltage of 13.2 to 13.8…(car battery 12V).
Such a simple way you can avoid the repair work, and ultimately to save your budget and the mood — after all, saved on repair funds — earned money. In addition, long-term successful and efficient operation of a particular radio system indirectly determines the level of professionalism of its owner at all times.
In conclusion, I would like to mention another positive feature of the considered transceiver: despite the fact that it was originally intended for use on vehicles, nothing prevents to apply it everywhere where it is possible to connect the good antenna and appropriate nutrition. On this screenshot MJ-2701 installed at one of the stands of my experimental laboratory.
A. KASHKAROV, St. Petersburg