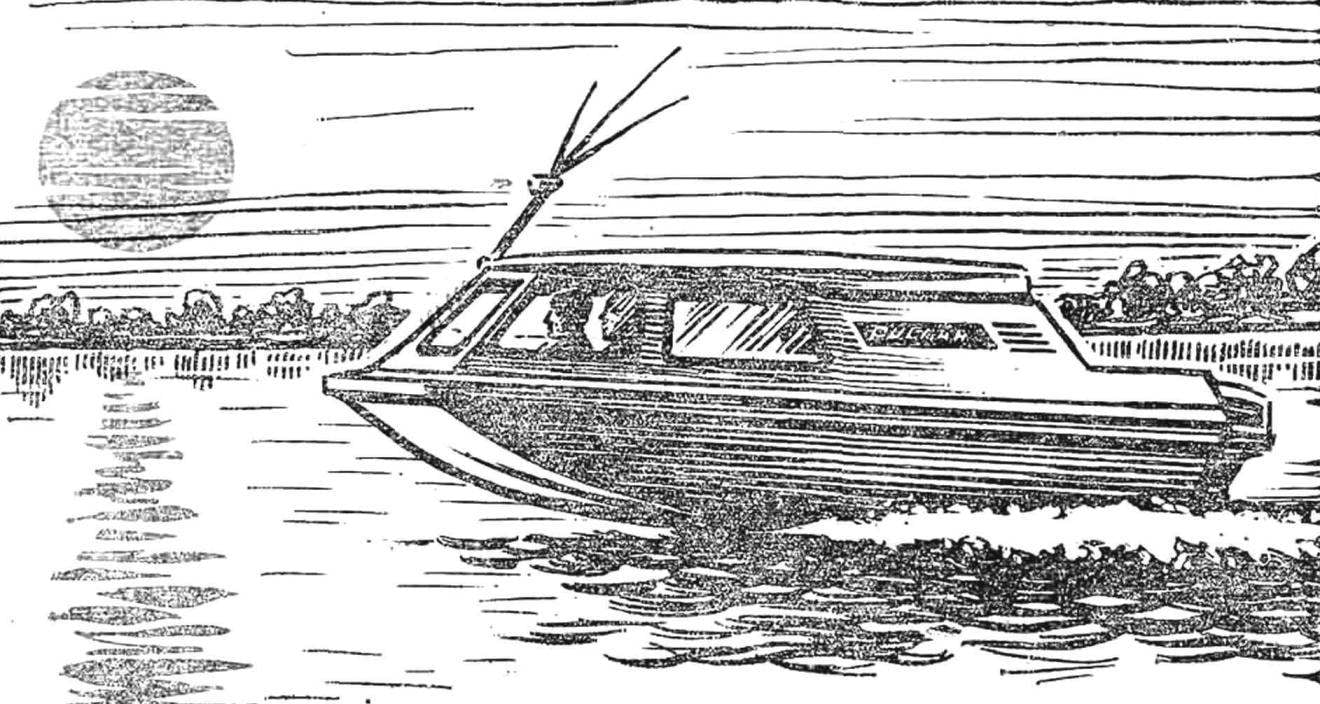 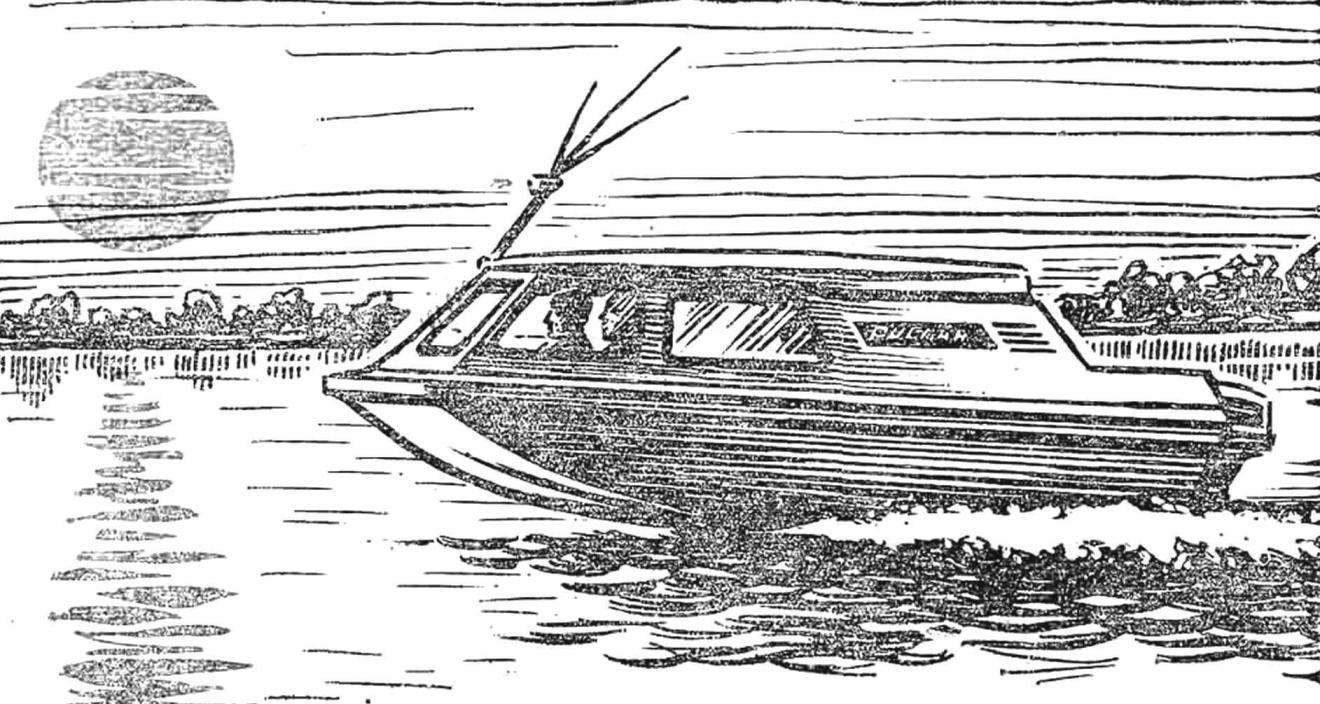 — Look, look — the Martians! surprised and enthusiastically shouted we met the boys when Ruslan, bristling with television and radio antennas, approached the pier. We looked at each other and laughed: indeed, and our boat, and ourselves, dressed in black suits with bright yellow bands were like aliens.
“Ruslan” is so dramatically different from who was at the pier of the boats and the motor boats that in a few minutes PA the pier where we moored, the crowd of the curious. They were not idle onlookers. Every one of them for a few minutes before doing their serious business and would not keep my hands off him for nothing.
We can’t say that Ruslan (Fig. 1, 2) is the first in our country cabin mini-boat of the so-called “wagon”, but that he was one of the first, no doubt. There is no doubt that such a scheme layout is very promising and fraught with many attractive and yet undiscovered possibilities. It is no accident that in related industries — the automotive industry — the most promising-minded designers place so much emphasis on the creation and improvement of machines wagon! And if catastrofale began to borrow from them advanced ideas — it is quite natural and justified. 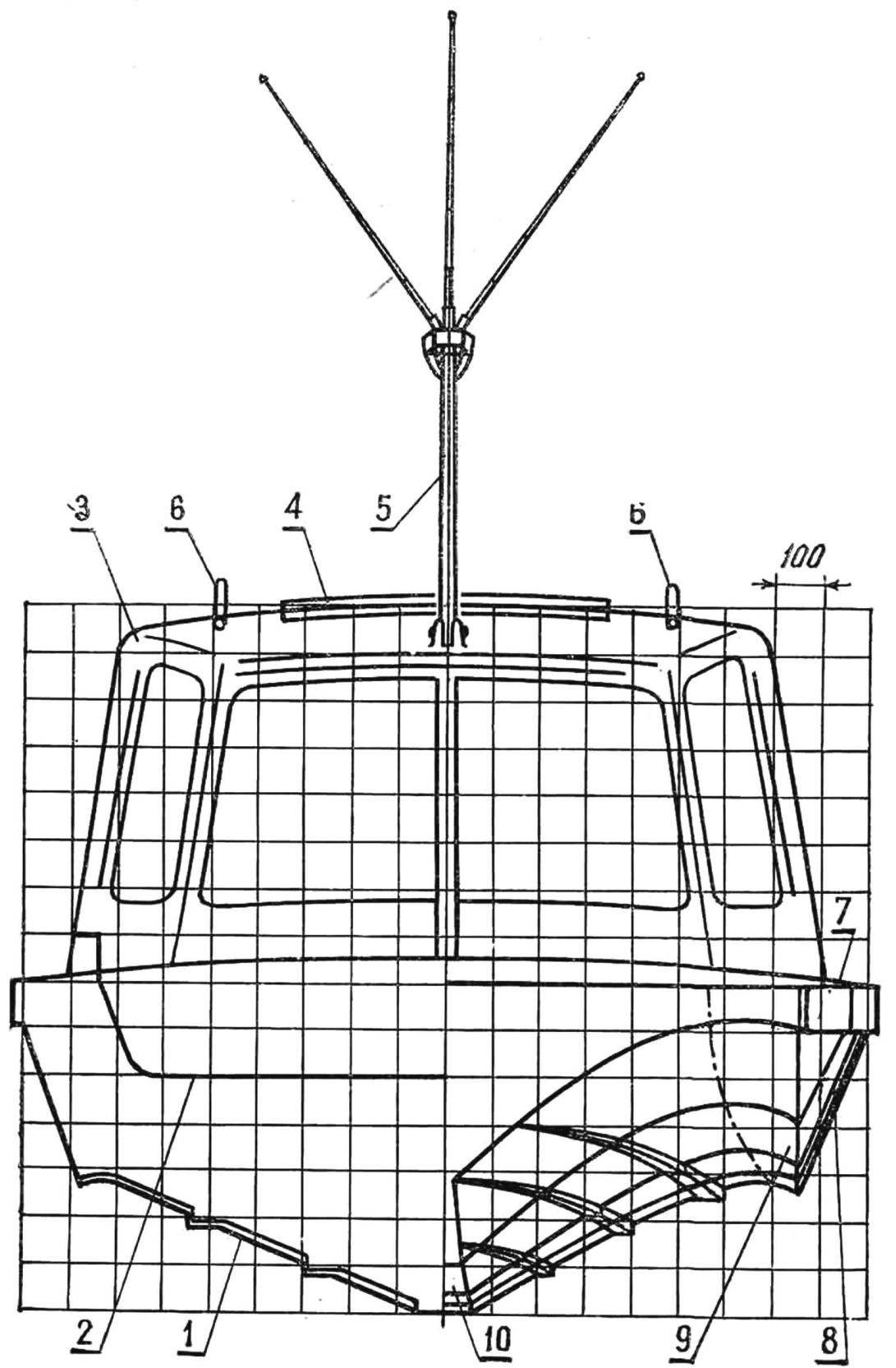 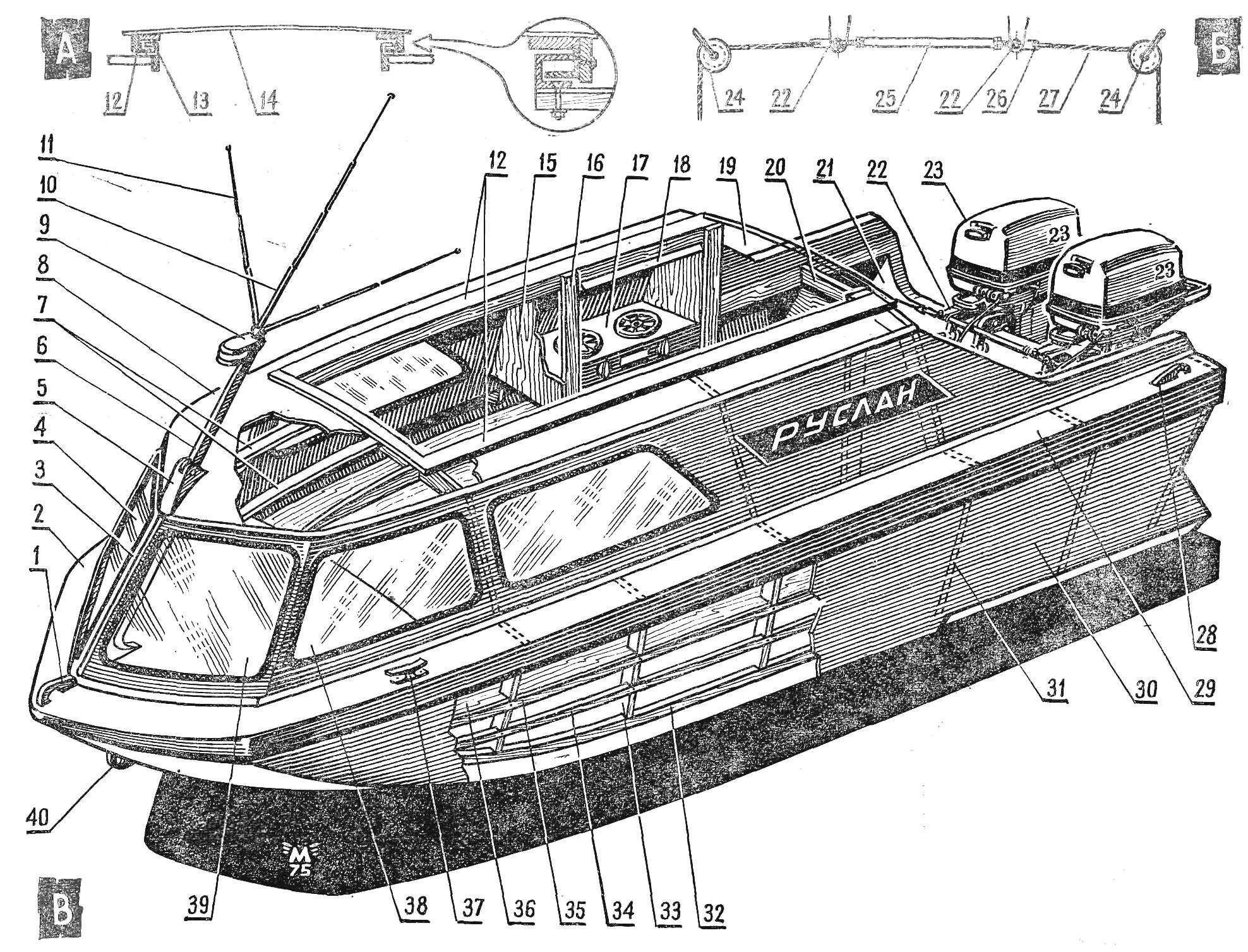 Fig. 2. Cabin boat “Ruslan”.
A — design sliding roof: 12 — longitudinal bar (pine 35X18 mm), 13 — U-shaped aluminum profile, 20X15 mm, 14 — sheathing (plywood thickness 4 mm); B — docking remote control the rotation of the engine “Neptune-23”: 22 — hinged brackets (“driven”) engines, 24 — side pulley Ø 50, 25 — coupling rod with screw-on claw tips, a 26 — earring at a designated place, 27 — designated place; In — body: 1 — top of the bow eye, 2 — deck, 3 — Central front windshield, 4 — windshield 5 — base folding mast, b — mast, 7 — roof frame, 8 — roof (plywood 4 mm thick), 9 — the case of combined navigation lights, 10 — the radio antenna, 11 antenna TV receiver, 12 — frame sliding of the roof 15 of the enclosure kitchen box, 16 — compartment, 17 — gas stove, 18 — the hood compartment 19 — the front door, 20 — BIMS sub box (“recess”), 21 — transom, 22 — hinged bracket, 23 — engine “Neptune-23”, 28 — rear side ring, 29 — gunnel, 30 — sheathing Board (plywood with a thickness of 3 mm), 31 — samotna frame number b (bars 50X16 mm), 32 — bilge stringer, 33 — samotna frame No. 3, 34 — side stringer (pine 30Х10), 35 — stringer supporting longitudinal lockers (pine 30X15 mm), 36 — trim trailing space (plywood thickness of 4 mm), 37 — onboard a duck, a 38 — side window, the 39 — windscreen, 40 — front of lower eye.
Unfortunately, the case is proceeding very slowly. Archaic, long ago lost any practical sense forms still prevail in the range of products manufactured by the industry. And among the huge number of boats and boats, Amateur-built, relatively rare, there is a new, attention-grabbing and eye-pleasing silhouette. Meanwhile, the rational use of internal volume of any compact sports-a tourist vessel is of paramount importance. Not by chance the internal volume is sometimes called the “habitability” if he planned irrational or cluttered with unnecessary equipment, “dwelling” becomes unpleasant, and sometimes unsafe. All this applies primarily to the most accessible and widespread small vessels where every square decimeter of area counts. So we want to share the experience of building and operating cabin cruisers (with the installation of a stationary engine it can be called a boat), and at the same time to acquaint our readers with the peculiarities of the case, having very common and now well-proven lines like “Cathedral”.
FROM “BALNEOLOGICAL” TO “CATHEDRAL”
About a hundred years, designers all over the world improve the contours planing vessels, achieving higher speed, seaworthiness and comfort in a reasonable, harmonious combination of these qualities for ships consumer or highlighting any one of them to the detriment of others — for special purposes (for example, in racing boats or ships of the “mosquito” type). The first ships with V-shaped curved contour of the bottom part was called “vololonirina” (Fig. 3), because their shape is best facilitated by the use of the lifting power of water jets, blow out the hull during movement. Gradually it became clear that to increase the speed essential decrease in the area of the wetted surface of the bottom. This explains the emergence and rapid spread of the V-shaped housings with one or more cross ledges — steps (Fig. 4) if a planing hull out of the water directly behind the ledges formed dry areas of the bottom. The wetted surface is reduced, the resistance drops, the speed increased.

Fig. 3. The hull of the boat with the lines “balneological” (the letter a is shown bent branch frames). 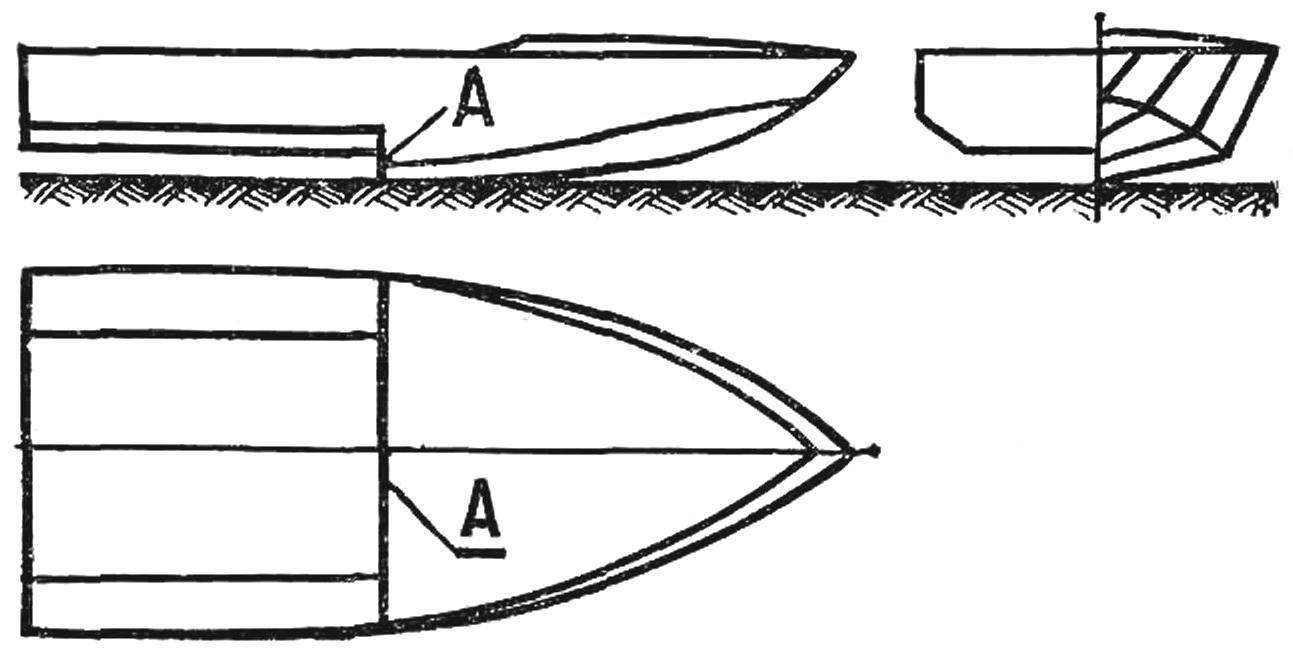 Fig. 4. The body of the glider with crossover sponson (shown by letter a).

Fig. 5. Pilot boat TSAGI with side skis:
A — ski, B — the mechanism of changing the angle of installation. 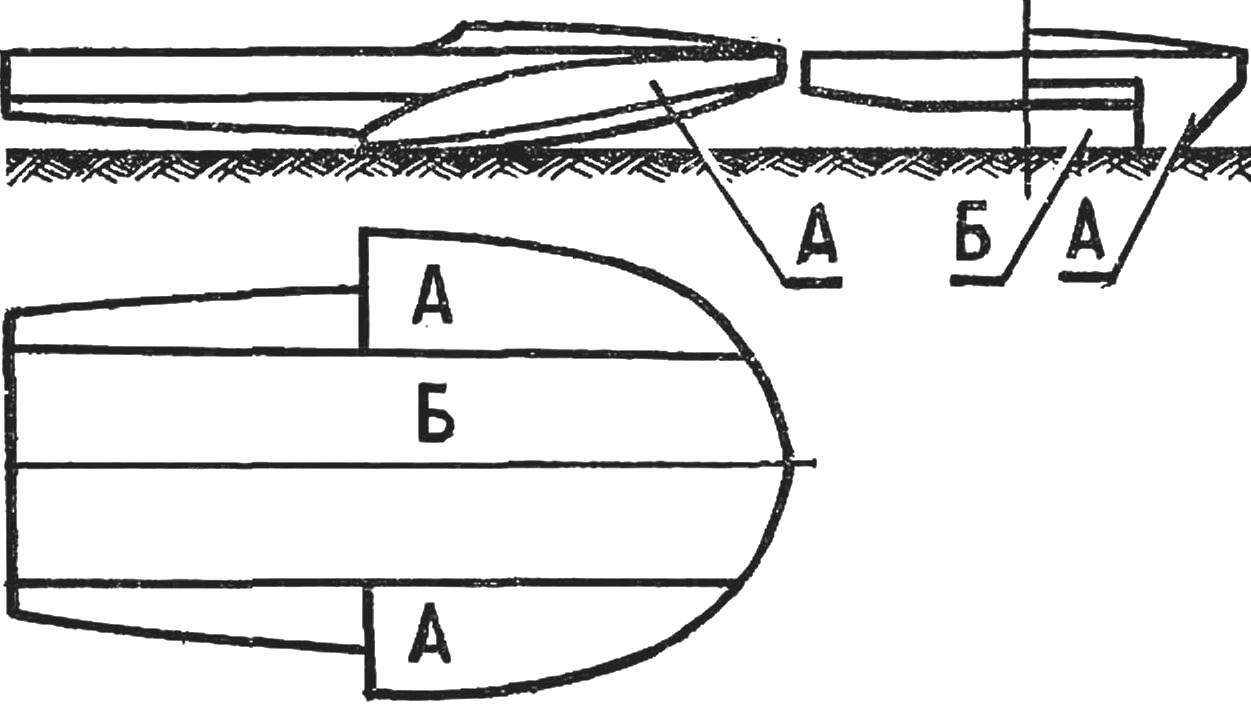 Fig. 6. The body of the glider “three-point” type:
A — side sponsons, B — tunnel.
Hull with transverse steps have long been used in small-tonnage shipbuilding. Under this scheme, built racing, torpedo, anti-submarine boats, sports scooter. The famous “Blue bird” English racer, world record holder Malcolm Campbell is a classic example of racing boats of this type. However, the court cross-Reda showed high speed only on calm, smooth water. Even with a slight excitement they had to drastically reduce speed. That is why redania torpedo boats, for example, stopped building after they have passed the ordeal in the open sea during the second world war.
New contours, providing high seaworthiness combined with speed being a very long time. In the 30-ies of employees TSAGI conducted a series of tests speedboats (Fig. 5) with the engine “Isotta Fraschini”, the body of which was mounted the side of the ski. By changing their position, the researchers found the optimum angle of attack, shape, and area additional planing surfaces, improving seaworthiness of the boat. Similar experiments were carried out in other countries. So began the design of high-speed vessels of an entirely new form. They used not only the hydrodynamic forces acting on the ship during the movement, but also the aerodynamic force of the oncoming air flow, which previously was considered only as harmful resistance. As a result of these searches appeared first court three-point type (Fig. 6), then the catamaran (Fig. 7), trimarans (Fig. 8) and “Catedral” (Fig. 9). 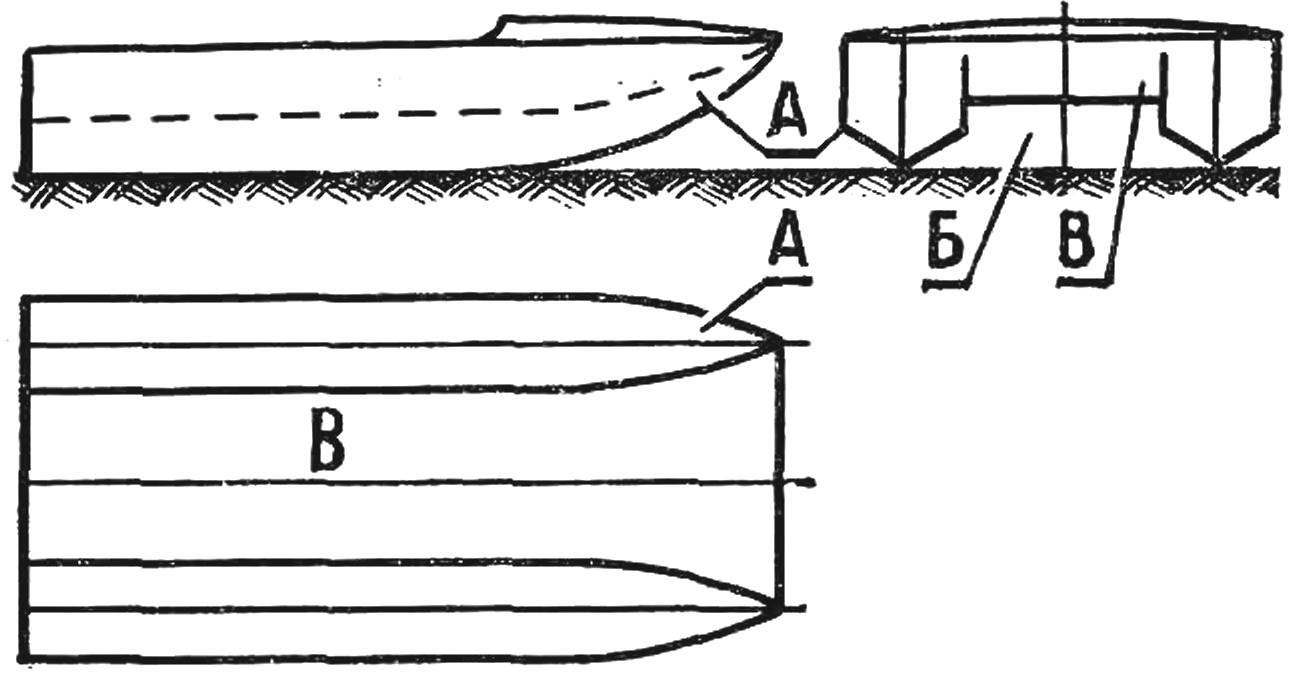 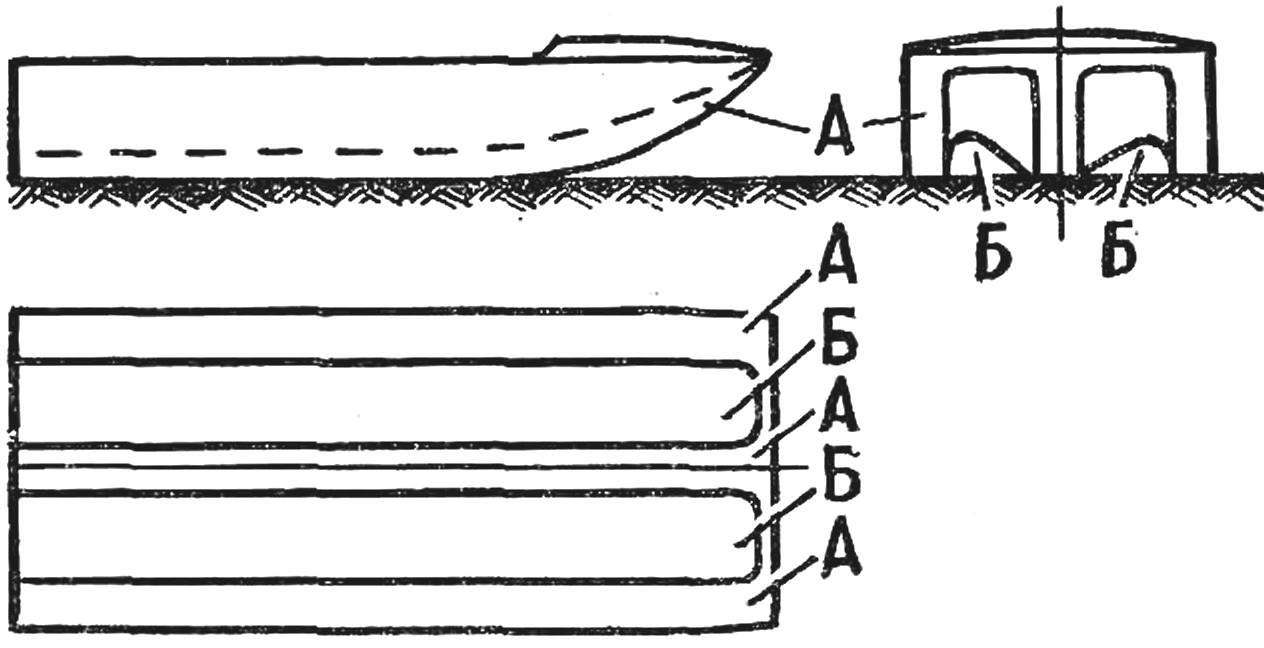 Fig. 8. One of the varieties of tri — popular now boat designer Himself Fox:
A — ski, B — tunnels. 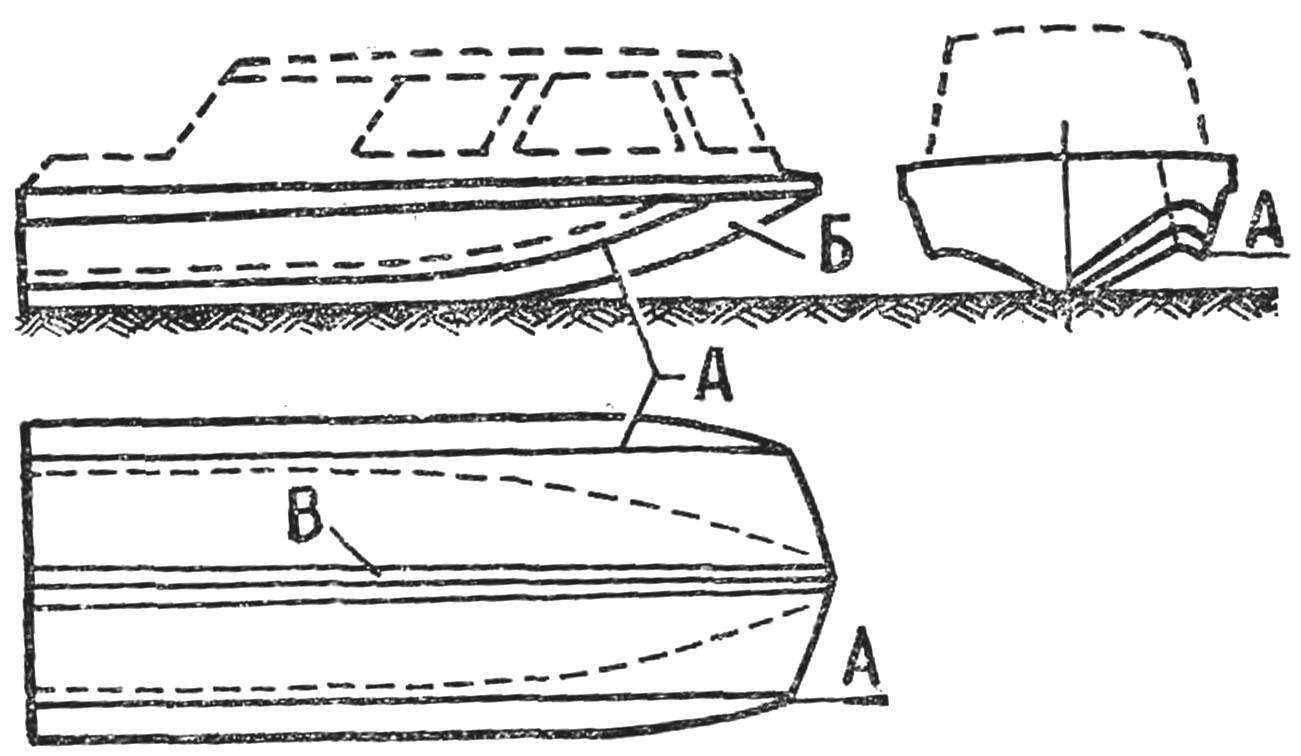 Fig. 9. The hull of the boat with the lines “Cathedral”:
A — sponsons, B — Central, In — keel ski.
The article volume does not allow us to give a more detailed review on these courts. Told also aims to justify the choice of hull type “Cathedral” for the boat “Ruslan”; these lines are one of the latest innovations in small-tonnage shipbuilding and can with proper execution to ensure all that want to get away from own ship designer-a lover of speed, seaworthiness, stability, comfort, aesthetics, in the modern sense of the word as applied to the technical product. Compared to the previous model sports and tourist boats by the public, CB “M-K” under the guidance of the author of these lines— cabin cruiser “Typhoon” — the proposed design is a step forward. When you create a “Ruslana” were considered numerous comments and wishes of lovers; and greatly increased interior volume while decreasing the length to 700 mm. This is achieved through the use of wagon and rational allocation of the interior. “Ruslan” has higher stability and improved seaworthiness; being put on the trailer for transportation over a car, it can be used not only on water but also on land as a trailer country.
REQUIRED MATERIALS
Contrary to the assertions of some optimists, a good boat or a boat cannot be built from anything. The ideal material — the so-called “air carriage”, which is the boards sawn from carefully selected straight grained Northern pine of the highest quality. The wood of the Northern varieties are more dense, durable and moisture resistant than the South. However, aircraft gun carriage hard to find. And his replacement can be found, if you dig into the wood stock, the so-called “slab”. It is a waste from sawing of logs, the outer parts of the trunk, the most dense and durable, that is just what we need! Another source of suitable wood — the so-called “splits”, waste furniture or container production, among which it is possible to find the right material, and container boards (especially from packaging imported furniture). Finally, the excellent wood can be detected during disassembly of the old houses. You just have to be careful and cull her at the slightest signs of rot and wormholes.
BILLET SAMOTNYCH FRAMEWORK
Pine bars 50X15 mm (bottom branch) and 40X15 mm (deck and side branches) carefully connect end-to-end plywood brackets in accordance with drawing each frame on epoxy glue and nails “Usagi”. To provide a high precision Assembly, it is recommended to draw the outline of each frame on a separate sheet of plywood (the Plaza) and it is build with Plaz parts and temporarily attaching them thin nails. Knize plywood overlaid on both sides samotnou frame. Transom Board is going from bars 20×50 mm and both sides sheathed with plywood of thickness 4 mm. Inner space is filled with foam (preferably brand PVC-1, which is not afraid of solvents and nitropaints). The sequence of manufacturing transom Board is as follows: first, plywood is cut to its exact contour, it is glued all the bars of the frame in accordance with the design drawing, after the adhesive has polymerised, the gaps between the bars are filled with precisely selected in-place foam inserts (glue), and only after that glue and nail the end-to-end “Usagi” transom Board is sheathed with plywood on the other side. After collecting all the frames and transom Board, they put a line of DP and serging-line, which is sometimes called the control. To samotnym frame screws are attached Sergen-straps, serving to strengthen them in the stacker frame. Before installing the frames in the frame should be made the slots for the keel block and bilge stringers. Intermediate stringers, as shown, better to punch after the installation of the frames in the stocks.
G. MALINOWSKI, master of sports of the USSR
(To be continued)