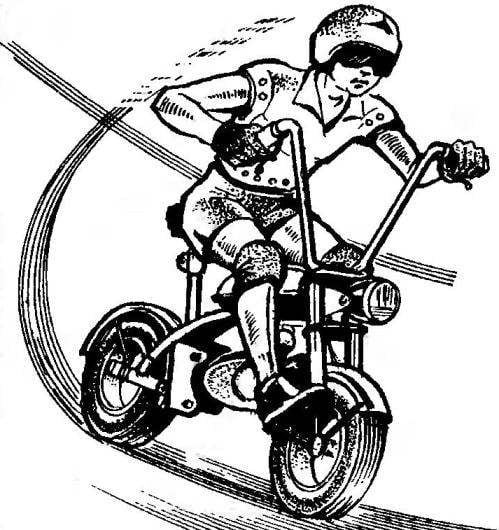 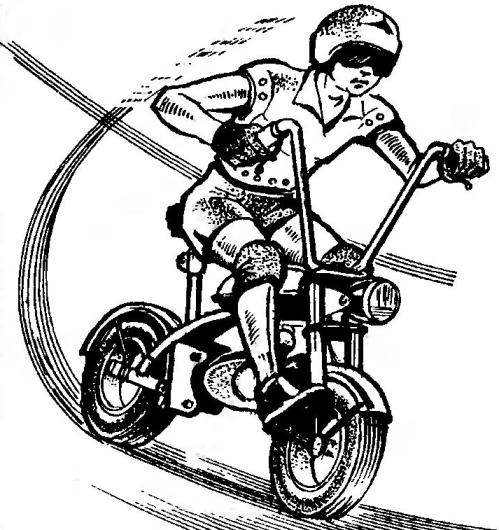 Mini makiki always use the boys great success. And for good reason! Small size, cost-effective, modern appearance, excellent performance — what more can you ask for? Maybe that’s why many of them roll up his sleeve so take tools. After all, if you try, you can do mokik, able to compete with serial two-wheeled machines. However, it is not very easy, but it’s worth it.

The frame of our microvesicle welded. If you do not have the skills of welder, before you take the job, find out if there’s a workshop that would help you.

It should be borne in mind that the design uses a set of purchased parts and assemblies. So, front fork and saddle from a moped “Riga-11” wheel from mini-mokiki, engine — moped, type V-50, headlight, tail light and fuel tank from any moped wheel scooter or kids bike. To buy them is not so difficult. Of course, the fit and other details, but in this case, you will have to make adjustments to the design of the frame.
After the acquisition of finished units redraw their lateral projection on thick paper or cardboard and scissors cut out the silhouettes that will be needed the day of the layout of the machine on the Plaza — an accurate drawing of the machine in full size. Only with his help can finally to tie all the elements of any mechanism to specify their layout.
For the Plaza you will need a sheet of plywood or a drawing paper of a size not less than 1,5×1 m. For the images of this machine is more than enough! Plazovy binding start by placing the wheels. The distance between them (the base) — 800 mm. Then the silhouette of the front wheel podstawie “fork”, it is “the wheel”… Placed between the wheels, the silhouette of the engine, select the optimal location, not forgetting about either comfort or the reliability of the motor mounting on the frame. It makes sense to cut additional cardboard “fixing nodes” — front and back. 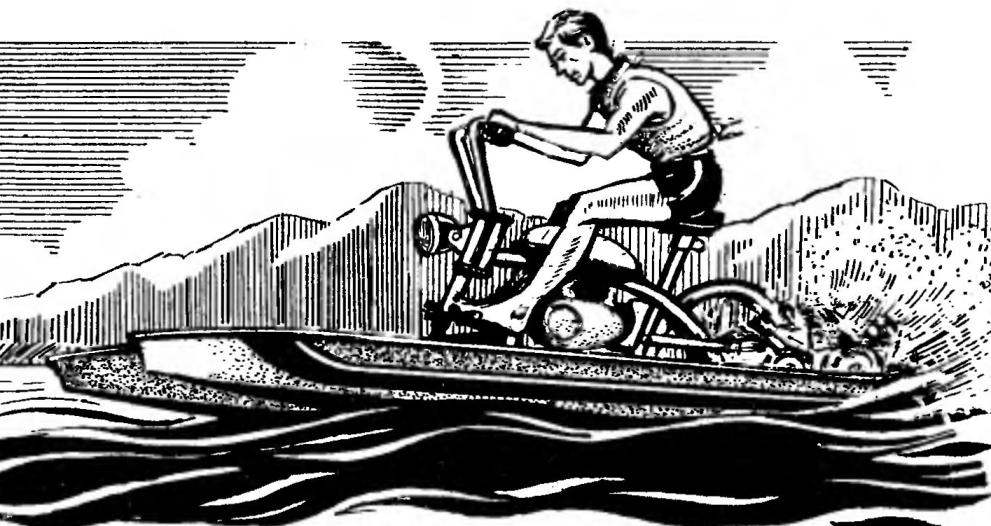 Now try to combine all the elements of mokiki single frame. The main requirement to it — conciseness: no unnecessary parts, simplicity of form and maximum workability. One of the variants of the design in our drawing. This frame is of the spinal type. Her upper arc composed of two curved tubes, curved rear fork of the steel strip. The rear fixing unit of the engine consists of two notched plates cut from a steel sheet of 3 mm thickness and welded to the seat tube. Of the same material cut the front mount of the engine. And finally, the seat tube connecting together the arc of the frame, rear fork and rear mount of the engine. 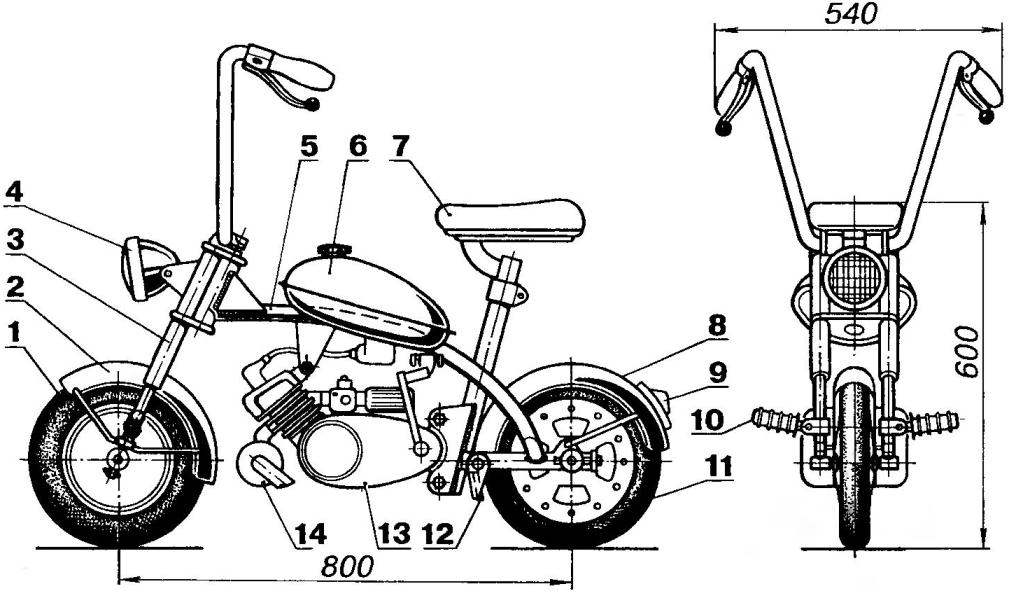 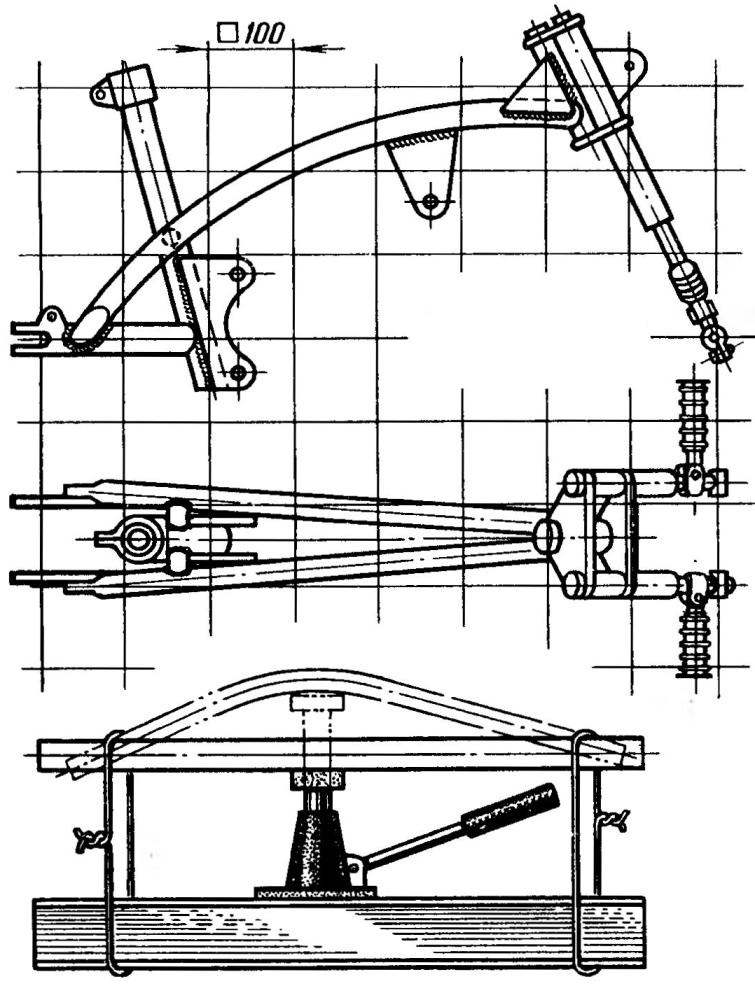 Mokiki frame with front fork. The fixture for bending the arc of the frame. 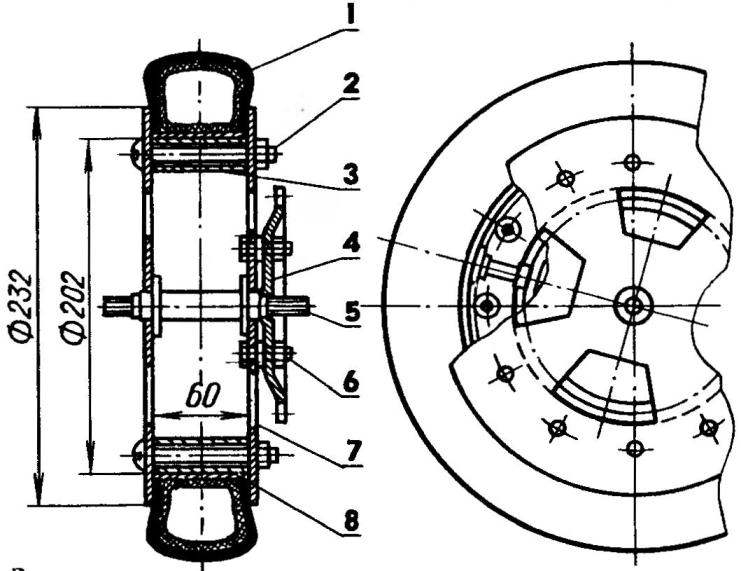 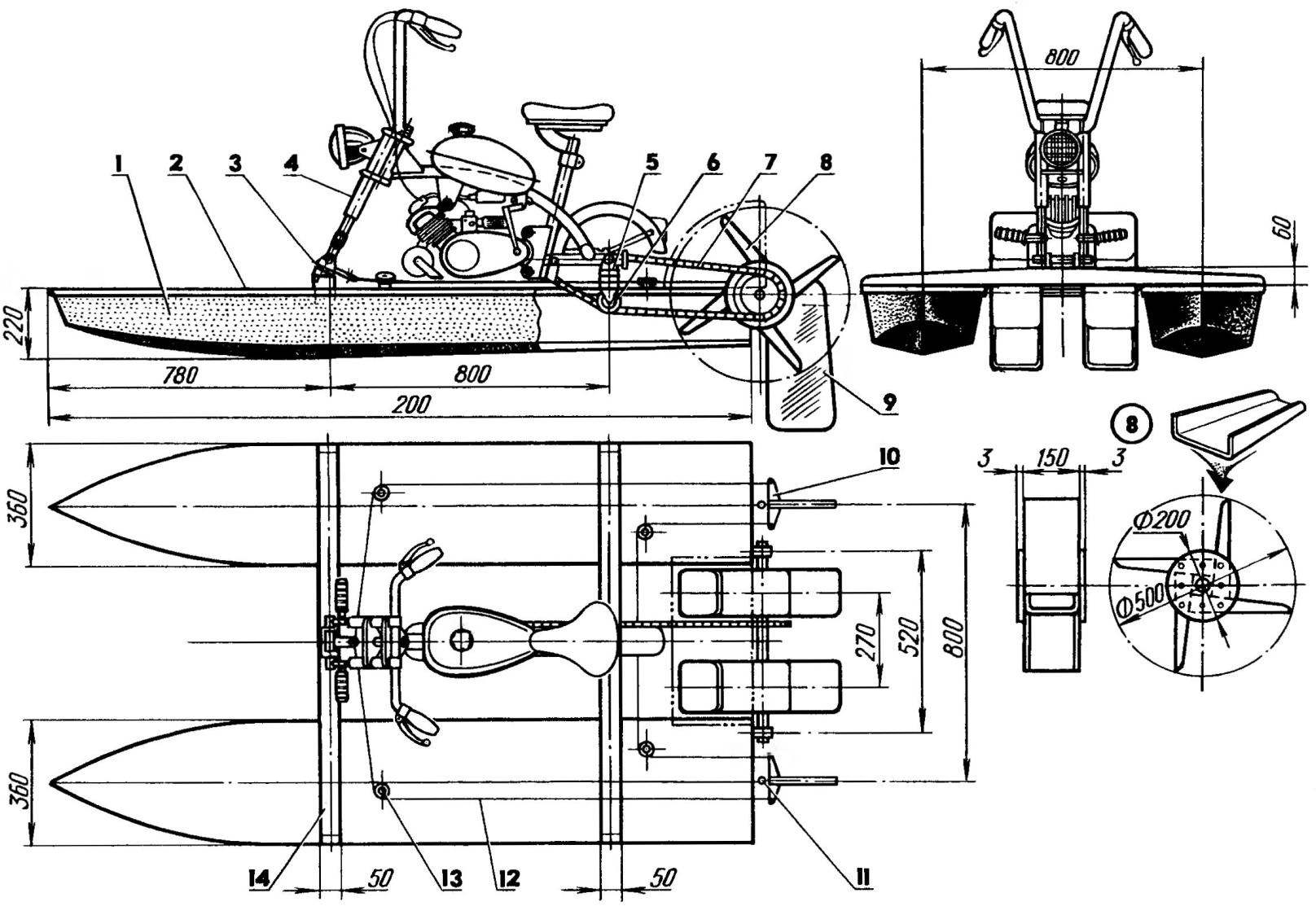 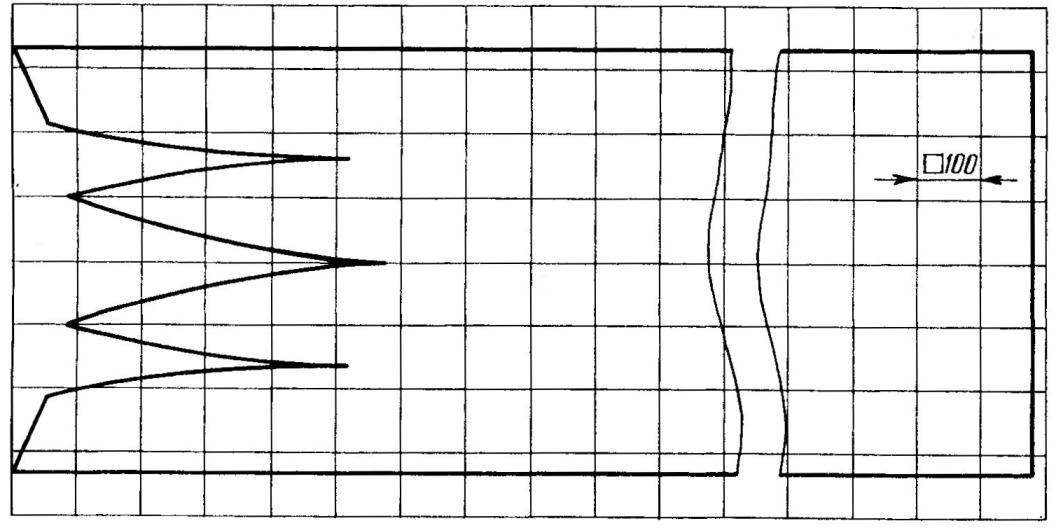