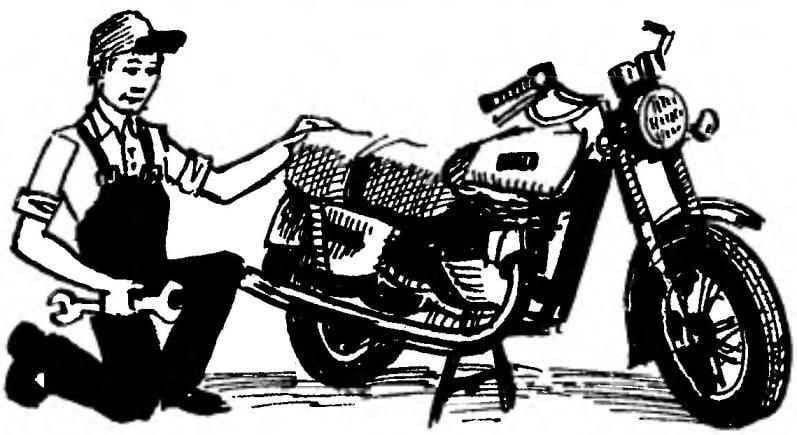 It is only at first glance, the little things don’t mean anything. In fact, a lot in our lives (if not all) decide they. Though in different ways, depending on what it is about the little things. Some, for example, can influence except on the person’s mood, while others can even change the fate of humanity! Refer, however, to those really small things that, say, make things around us easier, safer and more efficient.

Since I’m a big fan of motorcycles, it will give you a few examples of how small efforts to improve their consumer qualities.

Carburetors of the series K-62, K-63 and K-65 used in domestic motorcycles, pose a very serious danger for the engine, especially for two-stroke. It lies in the fact that the restrictor of rise of the throttle sometimes poorly pressed into the carb cap. Is this limiter during break-in of a new engine (or even its residue after break-in) to fall out of the cover and fall into the cylinder, the engine will immediately fail.

This unfortunate failure can happen tens of miles from home. To avoid it during break-in new engine, I cut organic glass sector and put it into the body of handle “gas” on the steering wheel. The magnitude of the sector angle (Fig. 1) corresponds to the lifting of the throttle in the presence of the limiter. 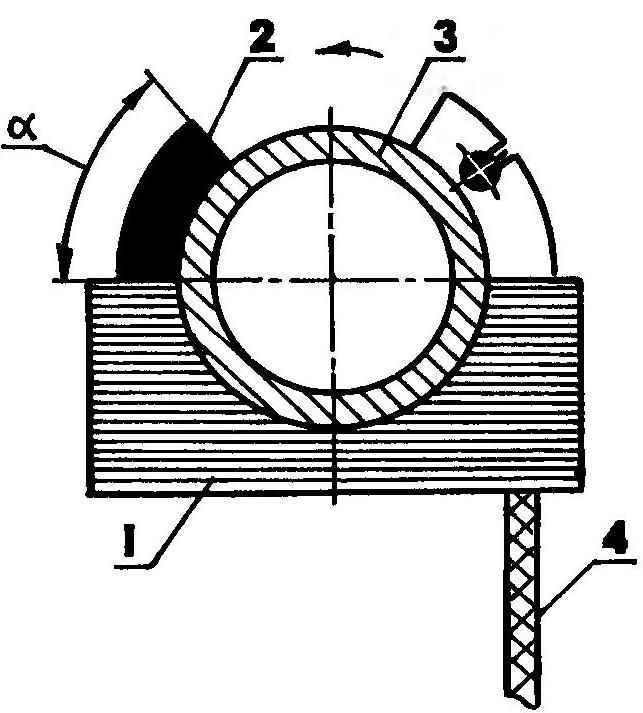 Fig. 1. The limiter lifting of the throttle in the handle “gas”:

Then took the carb apart, thrashing at the limiter from the cover, taped with insulating tape left over from his hole, and re-assembled the carb.

The engine I run without concern for its condition.

Clogging of the drainage holes in the tube of the gas tank of a motorcycle — a phenomenon quite frequent. At least I had to clean it repeatedly.

When the hole is clogged once again I made things easier for myself that provided a kind of tube fitting, zapressovan it the metal tip from a ballpoint pen (Fig. 2). 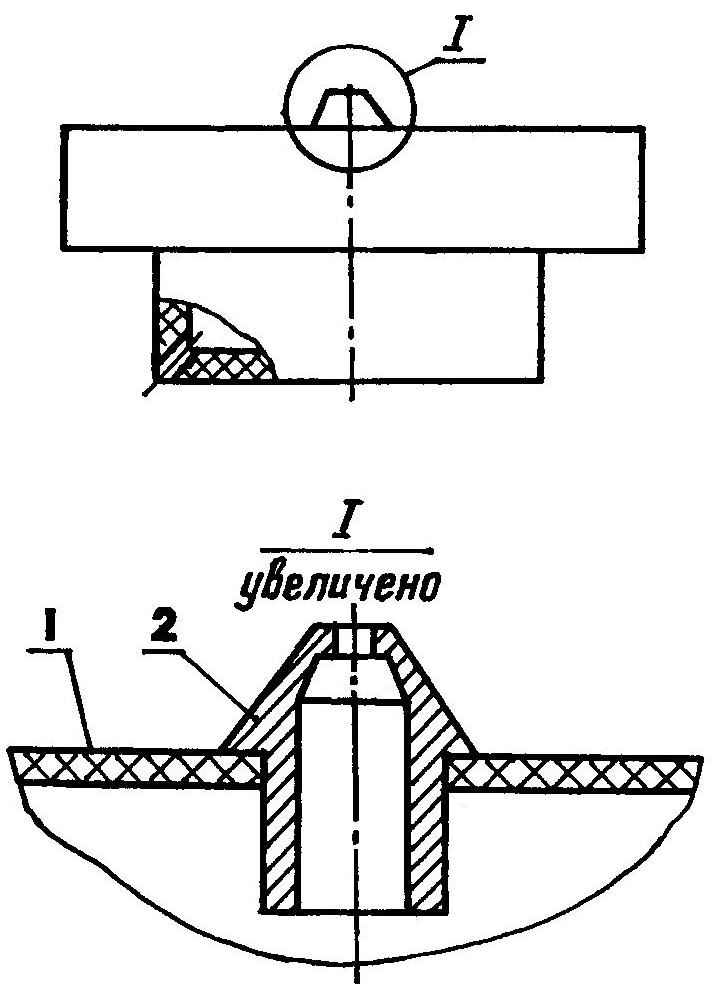 Now, to remove a blockage, enough for me to squeeze the fitting of the pump hose and pump — to blow out the drain hole. And since the pump is much more efficient piece of wire or sewing needles that I used before, and cleaning, that is, purging is required much less frequently.

COVER WILL NOT BE LOST

Trunk lid motorcycle “Voskhod-ZM” holds up pretty bad and may at any time be lost. To avoid this, I hung it on cut piano hinges, making progresiv the cover and in the wall of the glove box (Fig. 3). The loop was attached by steel rivets. 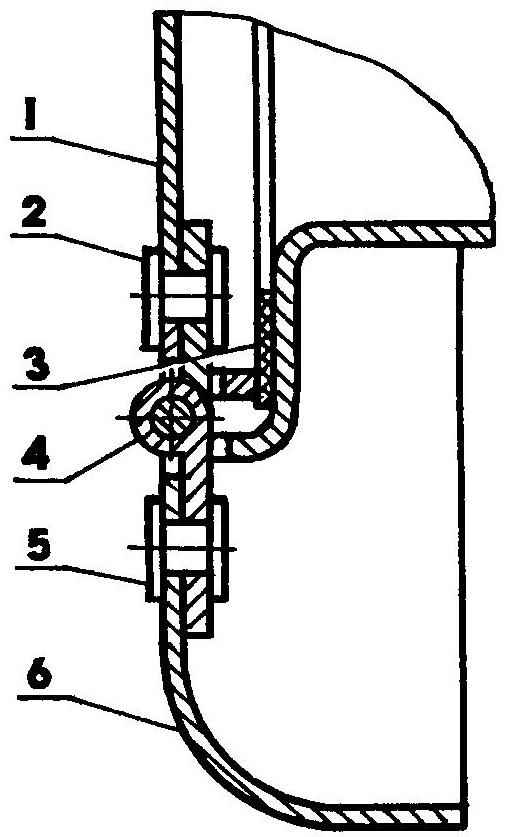 Later the cover began to rattle and — worse — to keep the water out. Because the trunk is part of the electrical motorcycle (relay-interrupter, etc.), I had the contour of the cover to glue the gasket, cut from an old rubber camera from a motorcycle wheel.

However, even the modified trunk “Sunrise” does not fully meet its purpose. So it is really possible to keep small things without risk to lose them on the road, I’ve fitted the glove box—drawer as the Desk. To do this, the back side of the boot lid attached box, the volume of which is close to the volume of the glove box (Fig. 4). Now stored in it things don’t fall out on the road, as it was before, had only to open it. 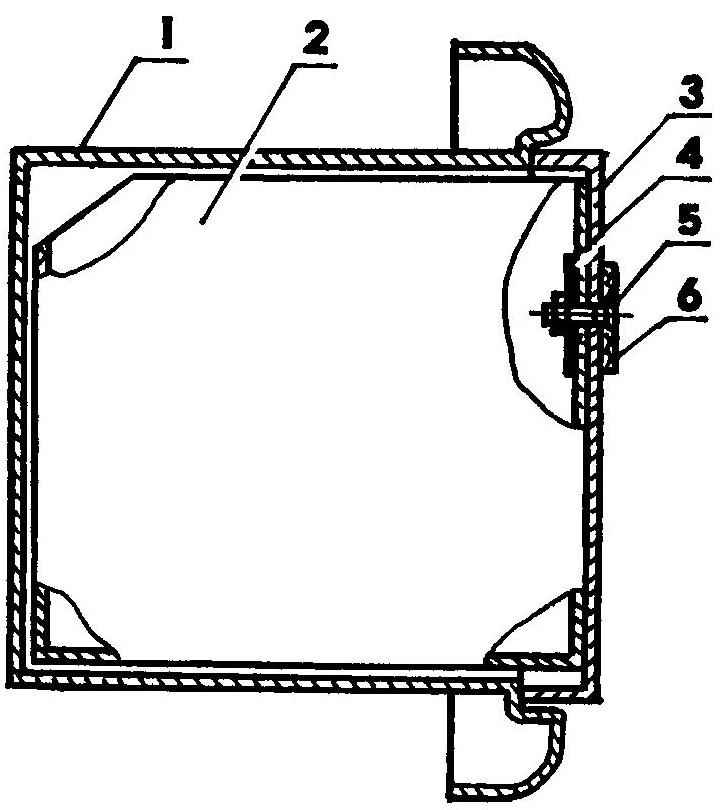 The box I picked up ready. However, it can be done independently of steel or aluminum sheet. The main thing is to tightly box was in the trunk. To the cover it is secured with two M6 bolts with reinforcing plate on the inside and decorative strap on the outside.

I believe that this solution can be used on other bikes. Of course, given their design features.