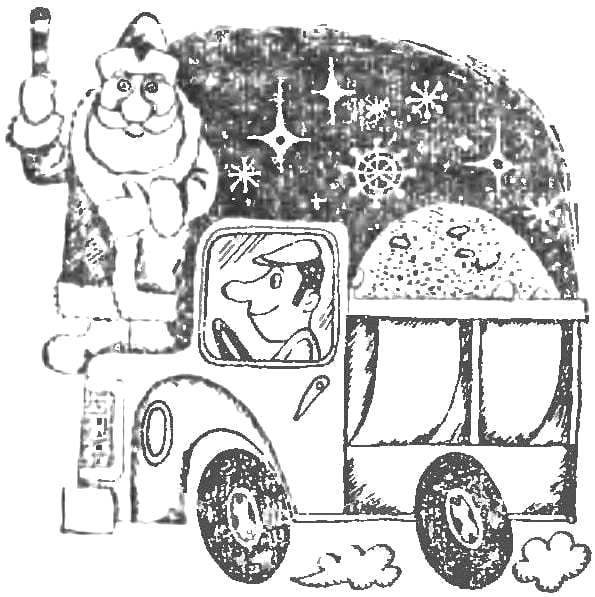 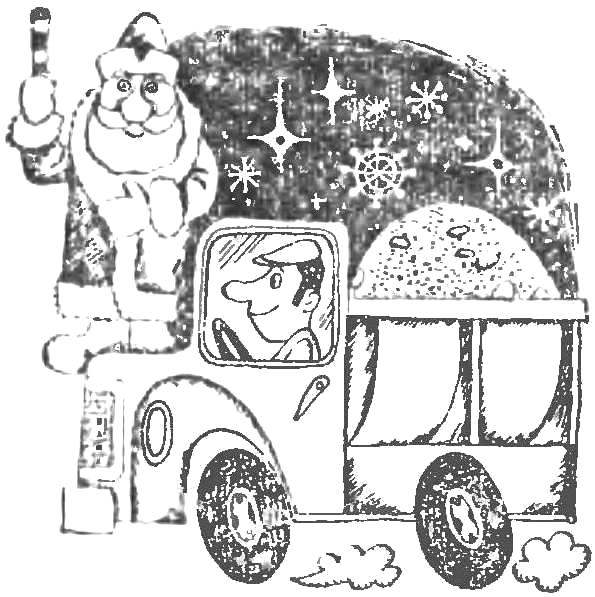 Came to the editor, inventor raskryl map of the Soviet Union. It was marked with lines of climatic zones of the country.
— Look, — said P. I. Profatilov, even in the southern zone, the monthly average temperature of January reaches -10°. More than half of the territory belongs to the zone with average January temperatures below -20°, not to mention the Arctic, the polar regions and the subzone of very low temperature.
In these spaces with a harsh climate works more than five months of the year in the main part of the vehicle Park, more than 60%.
The impact of cold on car? Already at desjatikratno the cold viscosity of gasoline increased by 76%, it becomes “lazy,” i.e. ignites with difficulty.
The oil in the crankcase thickens so that it is not supplied to the oil pipe. And viscosity of gear oils designed especially for the winter time, with temperature changes from + 100 to 0° increases 1700 times!
In such circumstances, start the engine extremely difficult. And the cold start of the engine, as experts estimate, equivalent to the wear of 200 kilometers, since his primary work is on the verge of dry friction.
Large fleet have the ability to warm up the car. First build heated garages. When this is not possible, try to pass through the engine block hot steam. However, the consumption of steam is so great that it required a powerful boiler.
Use electric heating, but it lasts a very long time — 10 a.m.
Harbor motors for a night a sort of “blanket”, under which comes the hot air. Costs this method is 5 thousand rubles per year for one car.
But all this, again, is available in large fleets, the number of which is negligible compared to the huge number of mobile convoys, working in the field, and a great many collective and state garages where the only and traditional way to “revive” engine — heat it with hot water. But if the block barely and heated, the lubrication system remains cool, since the sump is under the engine. The drivers are worn for hours with buckets of hot water, sometimes, as in the line to go to anything later. 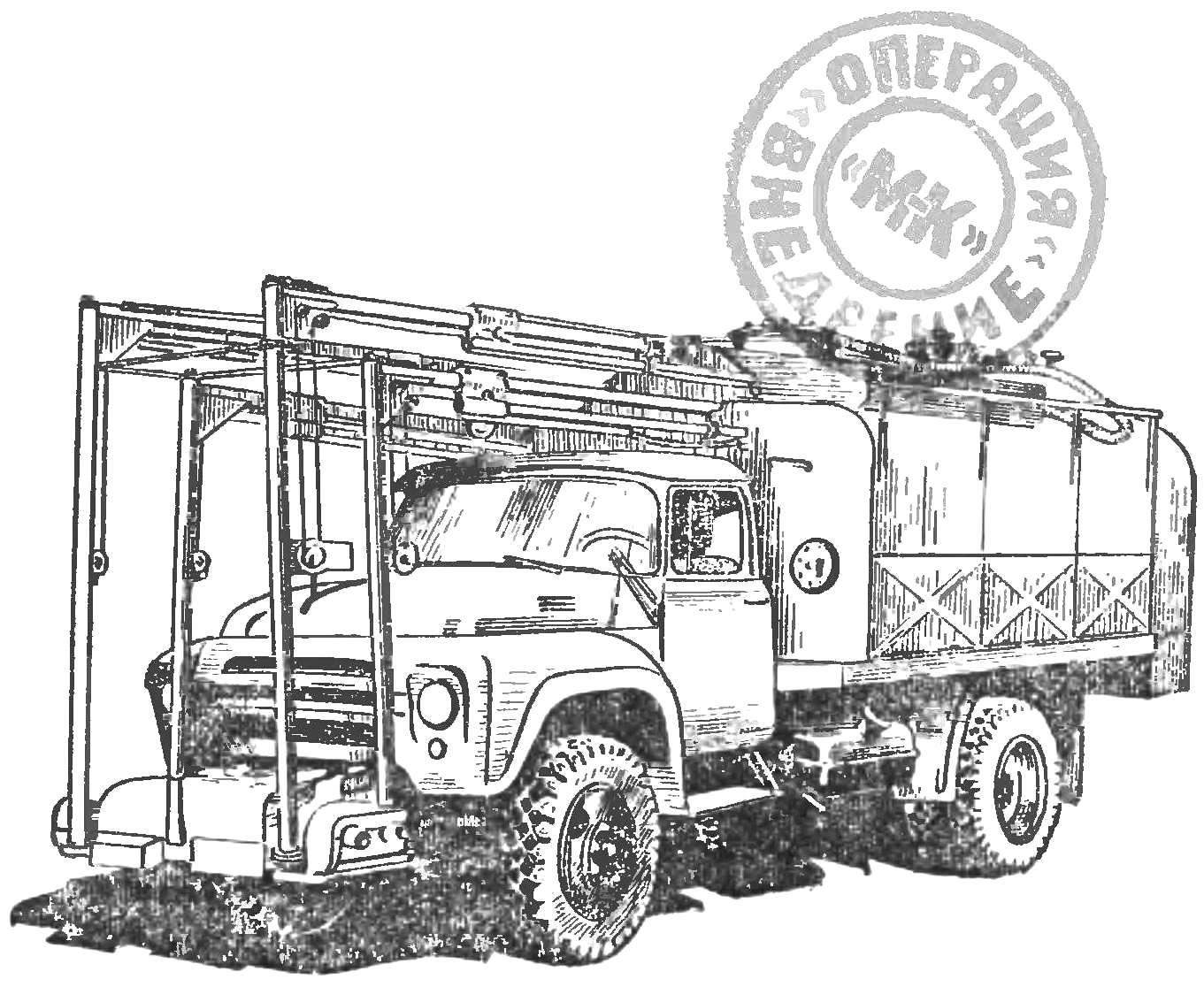 Pyotr Ilyich Profatilov — experienced driver. Have experienced all these difficulties. And, as chief of the fleet, he decided to undertake the development of a device that could solve the painful problem of pre-heating the engine.
It was a success. It turned out a kind of heating pad for car. Convenient, compact, and most importantly, extraordinarily efficient: heats the entire engine over… 3 minutes. In any frost!
To do it almost every experienced motorist, not to mention the professionals. Looking at the diagram, it is easy to verify that the design is simple. However, this simplicity is based on ingenious engineering solutions.
First, Profatilov overcame the main problem: because the frost is not only a car, but the heater is cold. Gasoline on which it runs, too lazy, poorly lit. How to be?
Profatilov used in the known radio engineering principle of feedback. Up-benzenediol it first missed in the burner housing front burner in the form of a few turns, and then brought to the injection. Now at first weak flame itself heats your gasoline in the coils of the tube, and very soon any frost in the device occurs in a sustainable strong torch.
For complete combustion of the fuel at the end of the housing is mounted a cone-shaped metal afterburner: gets hot, he makes fire even surviving particles of fuel. Before Converter for suction air is made in the casing perforation.
That’s not all. Had to get rid of the open flame to turn the burner in the bottle. The best thought Profatilov, cover the flames with mesh like in the mining light. .
He did it original: torch body has attached a perforated nozzle Cup shape that follows the contours of the bottom of the crankcase. The flame is thus blocked, and the nozzle has a high flow of hot air (500-600°).
Head warmers tight Carter. The hot gases warm the oil and rises, at the same time pour warm the engine block. It turned out that one instrument has warmed up and the oil system and the engine!
The first experience gave an unexpected result. In the morning, at thirty-degree frost Profatilov walked over to the frozen car with my heating pad. Connect it to the crankcase. And just a couple of minutes the engine warmed up, the car ran briskly along the snowy road.
Long studied Profatilov an unusual effect of your device. Noticed a characteristic feature: heat oil in the crankcase is coming from all directions at once. There is a kind of thermal scope. A thin heated layer of lubricant immediately “out” in the oil line. Then the next layer, and so on. So quickly comes into operation the lubrication system, feeding sogretsya at the same time as the engine block. 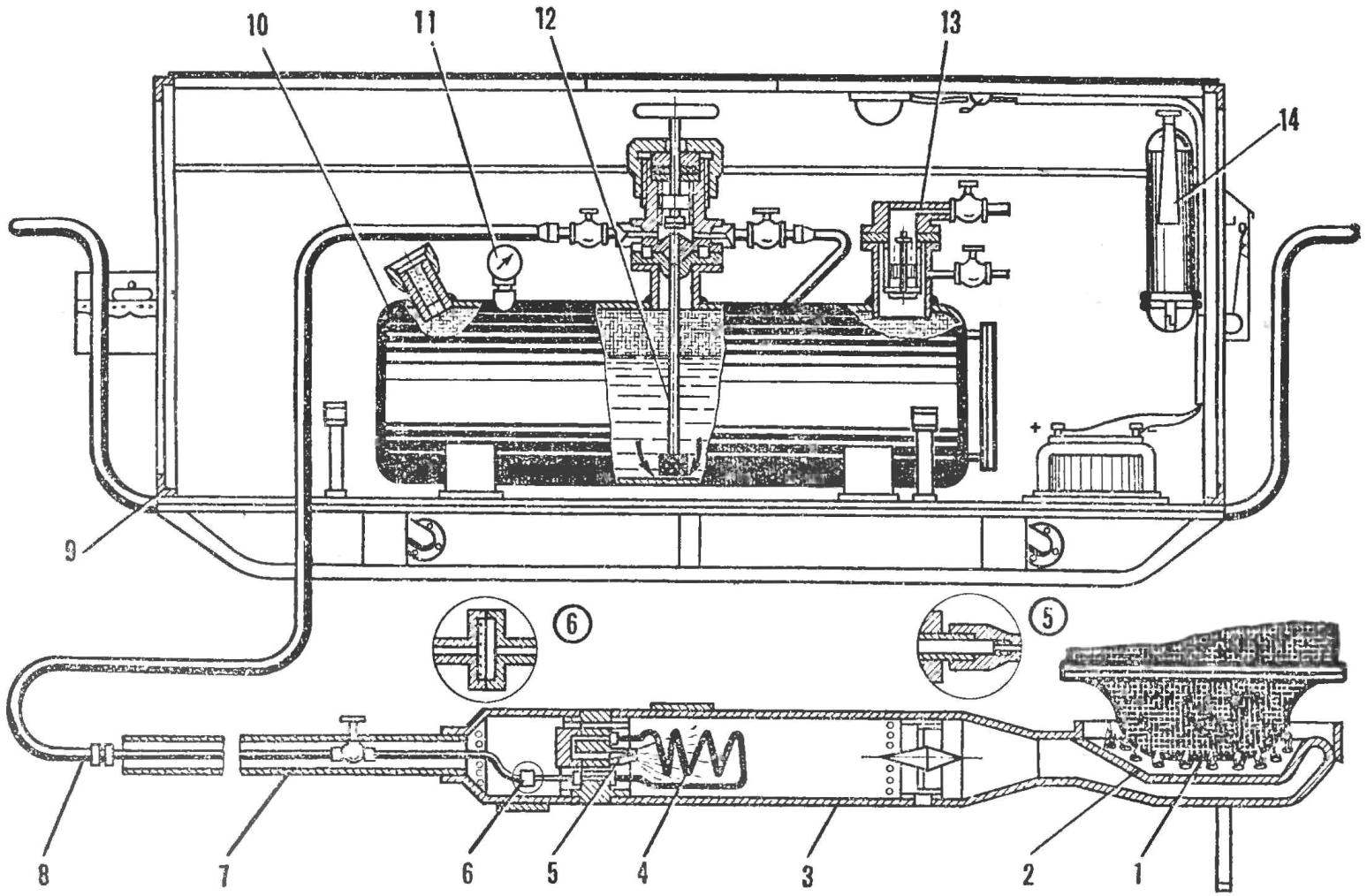 Diagram of the device for pre-heating the engine:
1 — crankcase 2 — distribution head, 3 — cell burner 4 — the coil of pipe 5 injector nozzle, 6 — filter, 7 — tubular handle, 8 — fuel line 9 — the case of the fuel feed system 10 — fuel tank 11 — pressure gauge 12 — nozzles with filter, 13 — node compressed air supply, 14 — a fire extinguisher.
New autobiographical liked drivers. The more that it consumes for its operation the same gasoline as the car. For each run spent a total of 200 g of fuel. The new device pays for itself after two or three months.
In severe frosts only one pre-heating of the engine still does not solve the problem run. The fact that temperature decreases by 1° battery capacity starter battery is reduced by 4%. At — 25° discharge disappears. So the engine is warmed up it is also necessary to “scroll”.
Profatilov together with a group of employees designed a “starter” car. On the chassis of the truck ZIL-130 put topleveladmin tank for four warmers. On top of the tank put the tank with a curved bottom.
In it are hot water and oil.
On the bumper is Profatilova gear design that transmits torque from the engine starting of the vehicle on the motor serviced the car.
Car heater for an hour, only one hour, produces in flight 100 cars. In other words, its capacity from 10 to 200 times higher in comparison with all known methods of starting of automobile engines in the winter.
The first device CDB-А913, awarded a gold medal VDNH USSR, already working in Russia convoy No. 1791. Paid for itself in a year. Although Zagorskaya convoy — strong fleet, with plenty of opportunities in other ways to prepare the machine in the winter a flight from new no manual, no drivers not willing to give up. The patronage over it took the youth. First mastered it just came from the army, the driver of the second class Vyacheslav Ovchinnikov. The training took a few days. Now he passes his experience on to others.
One of the young drivers, merry, sprightly man, said:
— We live! But soon ln installation Profatilova will appear in all the fleets?
— Yes, car-heaters, of course, not everyone will. The factory required them, the Central issue, ‘ I replied.
— With the machine, and it’s true, it is difficult But there are hand warmer. He Profatilov said that it can be combined with a starter, and please move past the cars run. But if it will be hard, it is necessary to adapt the hoist and deliver the installation. It is easy to do. So tell me about her drivers, young innovators fleets and all those who work on the machines.
What we are doing.
RATOV A.