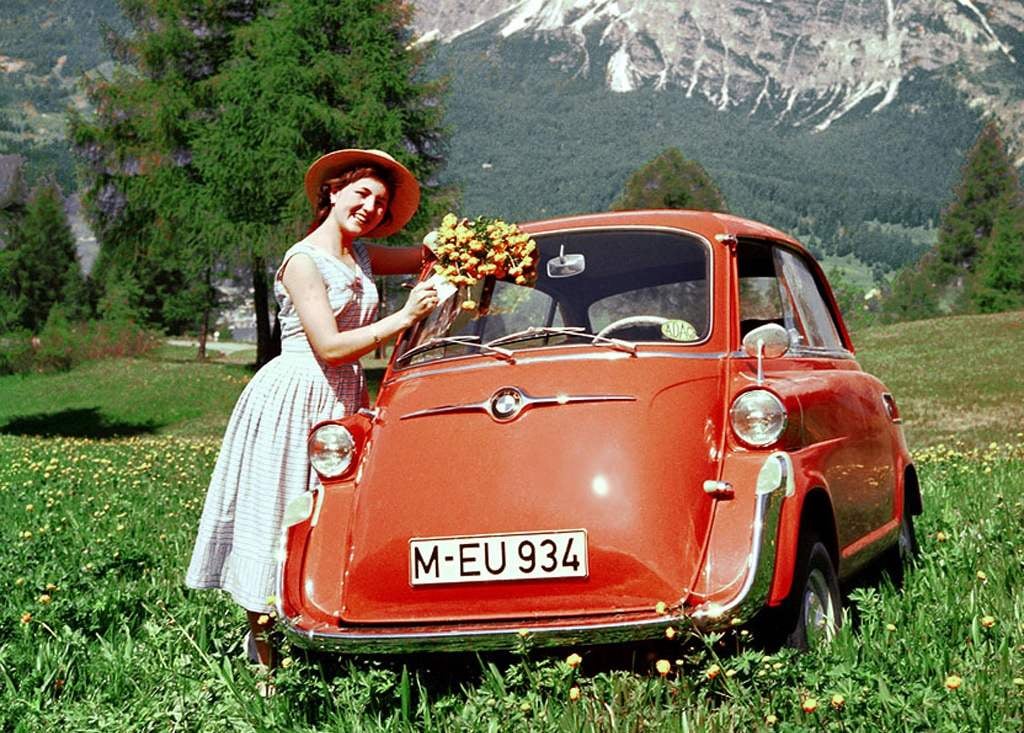 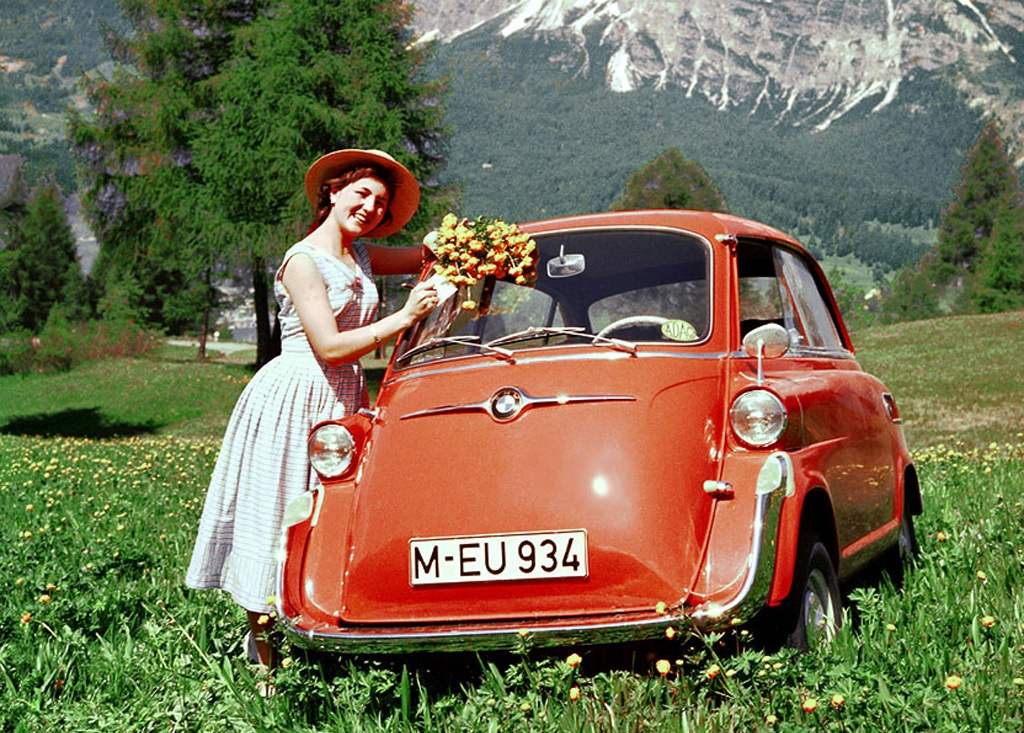 European euphoria that accompanied the end of world war II soon gave way to a deep apathy. The economic crisis caused by the post-war devastation of unemployment and galloping inflation, a heavy burden fell on the long-suffering Europe. First and foremost, this crisis has affected the automotive industry. The thing is. that plummeted consumer demand for fairly expensive cars classic layout, which was not pocket the majority of the population.

In the current environment, a number of European automotive and even aviation companies launched production of affordable compact microcar One of the most interesting machines of this type in 1955 began producing by BMW under license from the Italian company Sally. This was the original double car door in front of the body. On it was mounted a single-cylinder motorcycle engine working volume of 245 cm3 and a power of 12 HP — however, the car accelerated to 80 km/h!
The demand for such small and inexpensive minicar was very high. In 1958 the company released a more spacious four-seater BMW 600 engine working volume of 582 cm3 capacity of 20 HP Compact van (in modern terminology) was issued in the amount of 35 thousand copies
BMW 600: power 2-Tiendrebeogo of the engine is 19.5 HP with a displacement volume of 582 cm3; curb weight 560 kg maximum speed 85 km/h maximum capacity: 4 people.