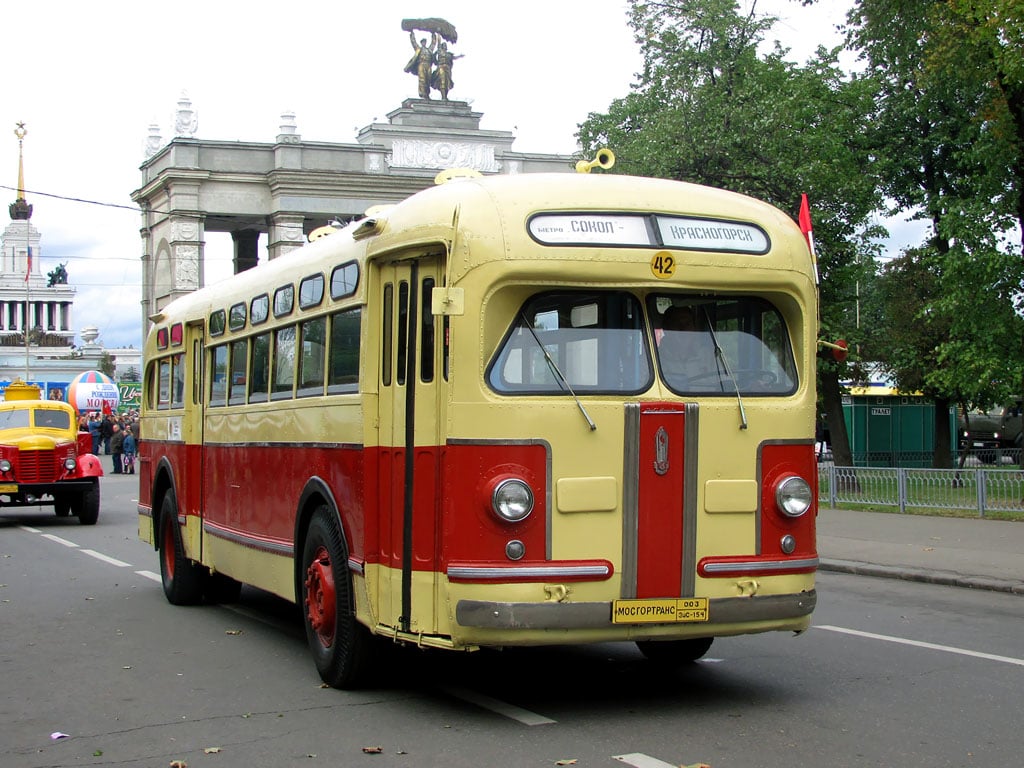 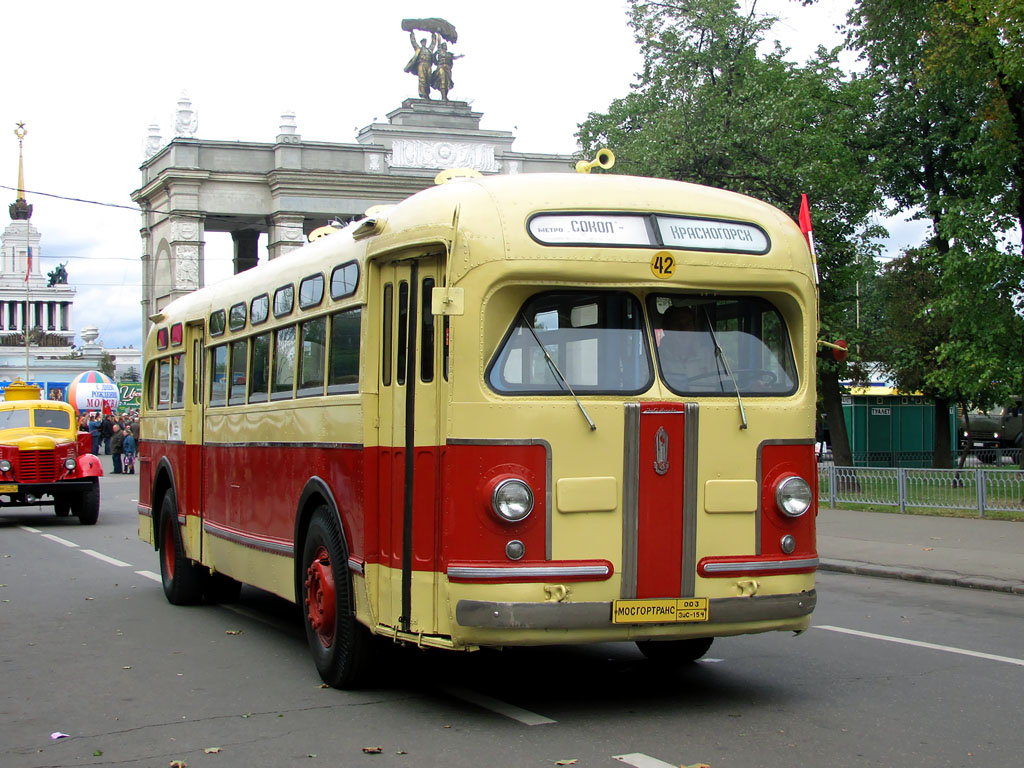 The development of industry in our country in the mid 30-ies of the last century entailed the growth of cities, and in these conditions all the more urgent became the problem of their passenger traffic. The most rational in this situation was the creation of bus routes mobile and, unlike the tram, does not require the laying of tracks and the contact network.
The main buses in that time was the ZIS-8, I-6 and later ZIS-16, were designed using the modified chassis of a standard truck, little suited for passenger cars, and come close (because of the traditional bonnet layout) wooden body. The ratio of the useful and the full areas of this bus was not more than 0.75.
Insufficient engine power and weak brakes with a mechanical drive is not provided by the dynamic acceleration and deceleration of such a bus is needed when driving on city routes with the usual interval between stops of 0.4 kilometer. Hard (“cargo”) the suspension is not able to provide passengers with the necessary comfort, and the driver — normal working conditions. Besides the standard manual transmission required the driver execution for a shift of several thousand tedious operations of the clutch and gear shift, led to unpleasant tremors in the movement and uneven loading of the engine.
The output could look only to create a city bus a fundamentally new wagon that increase the utilization of usable area up to 90 percent, and on a dedicated chassis with a more powerful engine.
Prototypes of these buses were built in November 1937, at the research Institute of urban transport on the basis of ZIS-8 (there was only the body and front axle from I-6), and then, at the end of 1938, in the Scientific-research tractor Institute under the brand name NACHI-A. the Latter had a metal monocoque, with a capacity of 60 people (40 seats), a new 6-cylinder overhead valve engine MB-27 power of 114 kW (155 HP) located in the back across the car, and brakes with pneumatic drive. Experienced wagon buses were created in 1941 for Gas (GAZ-71) and ZIS (ZIS-17).
The advantages of the new machines, despite certain shortcomings, was undeniable, but in that tense prewar time, the industry did not have the necessary resources and work areas for their production.
In 1945, the increased capabilities of the domestic automotive industry, the urgent need of urban passenger transport in a new, more efficient rolling stock for the growing post-war public transportation, as well as the obvious successes of the foreign bus created by the time a number of progressive structures, forced the leadership of ZIS to engage seriously in the development of fundamentally new urban bus average capacity with all-metal monocoque body rolling-type diesel engine and electric continuously variable transmission, like most modern passenger cars in the us city of GMC firms (with hydraulic assist) and Mack (with electric transmission). 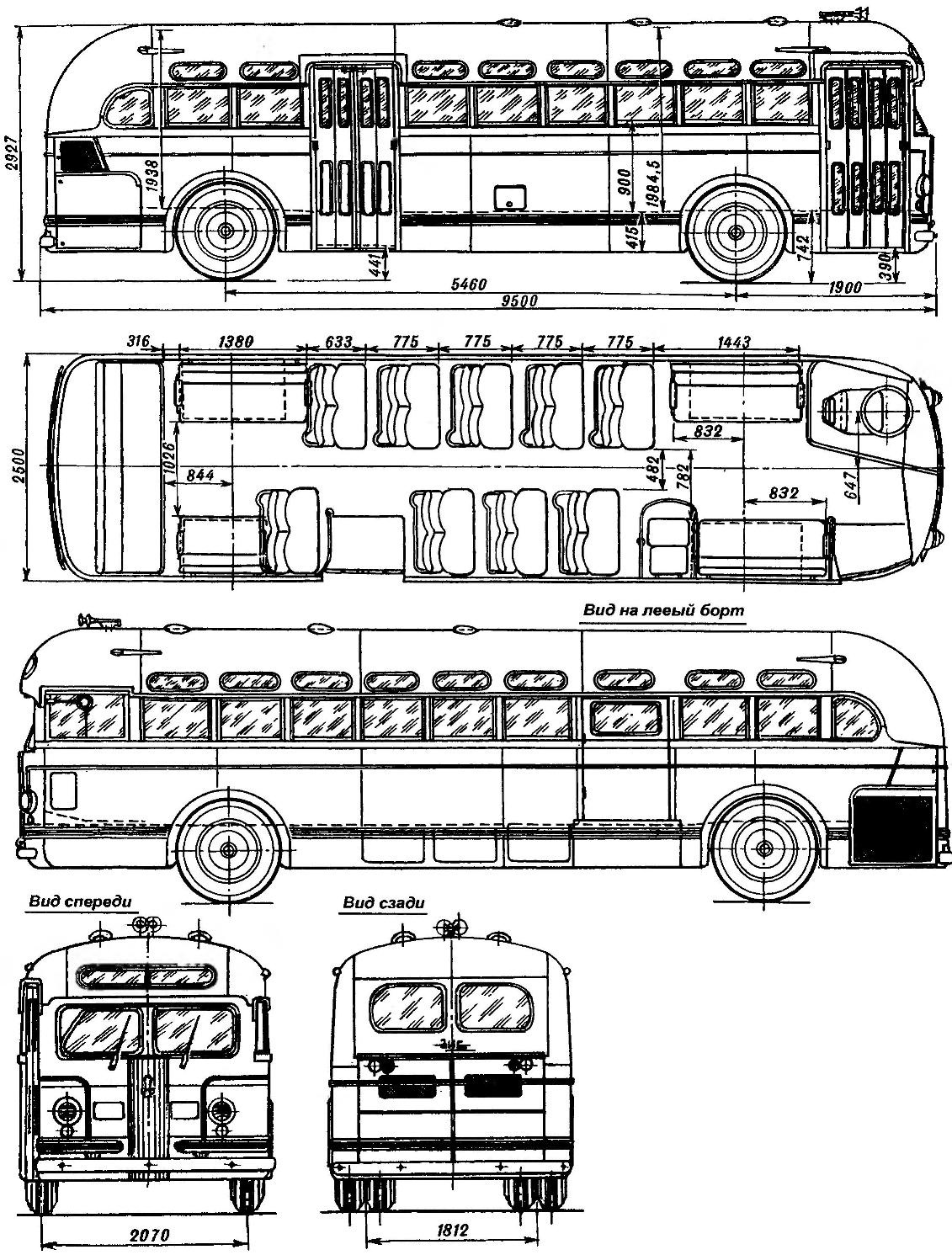 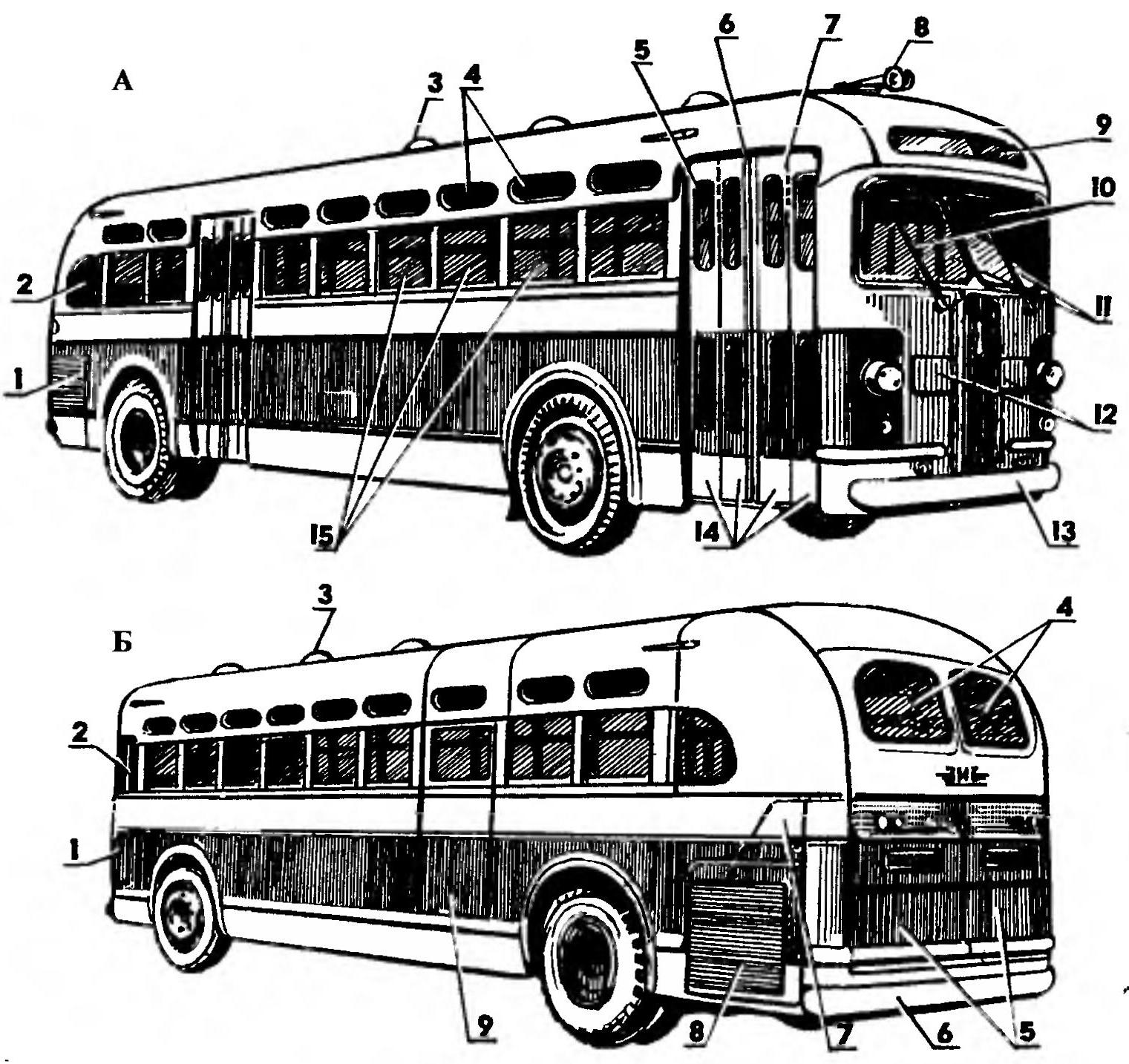 The front suspension of the bus 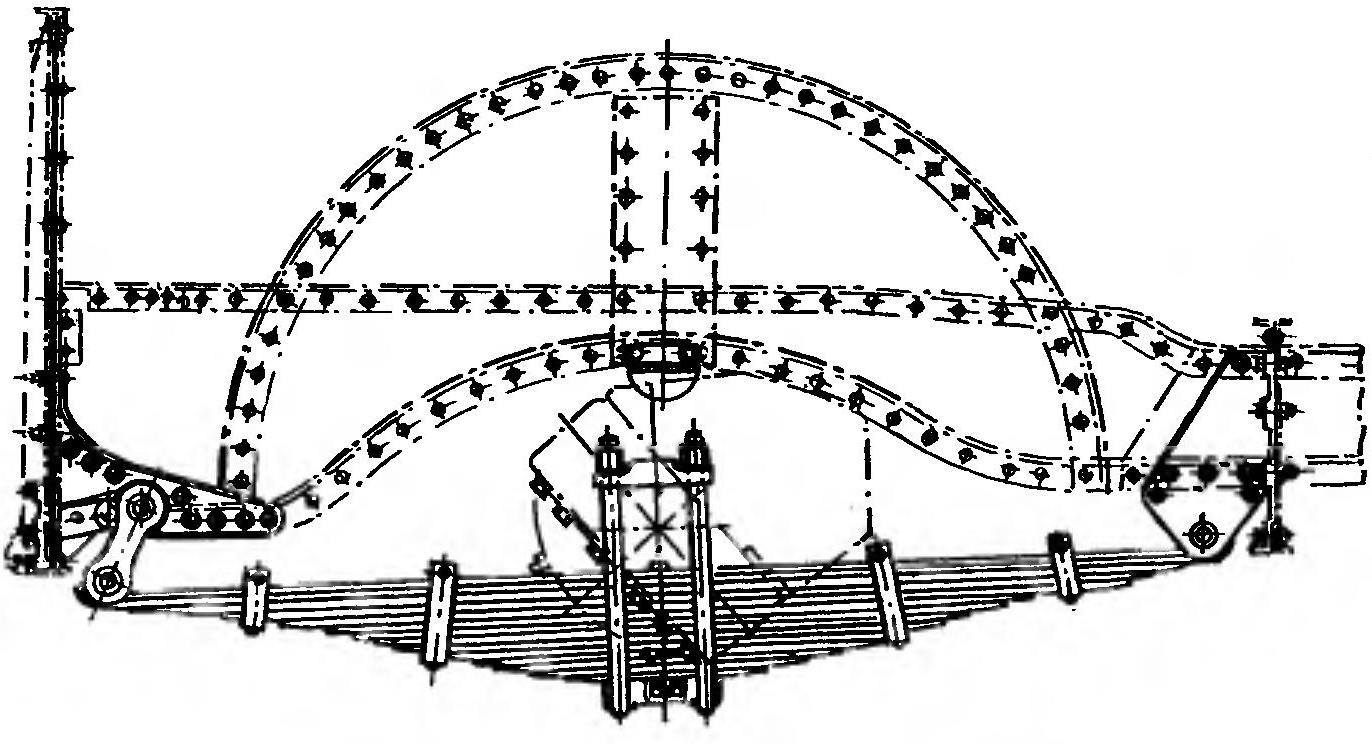