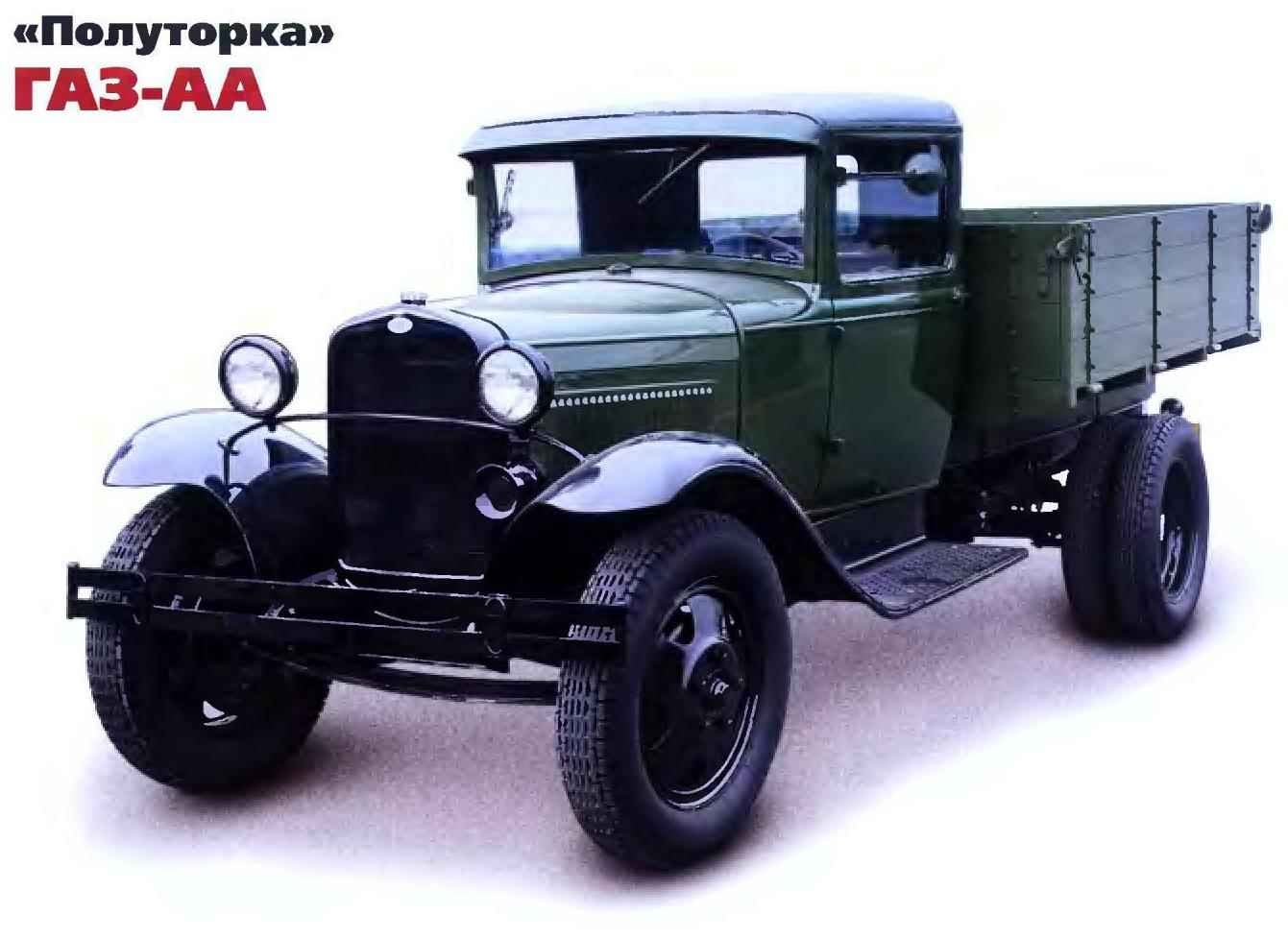 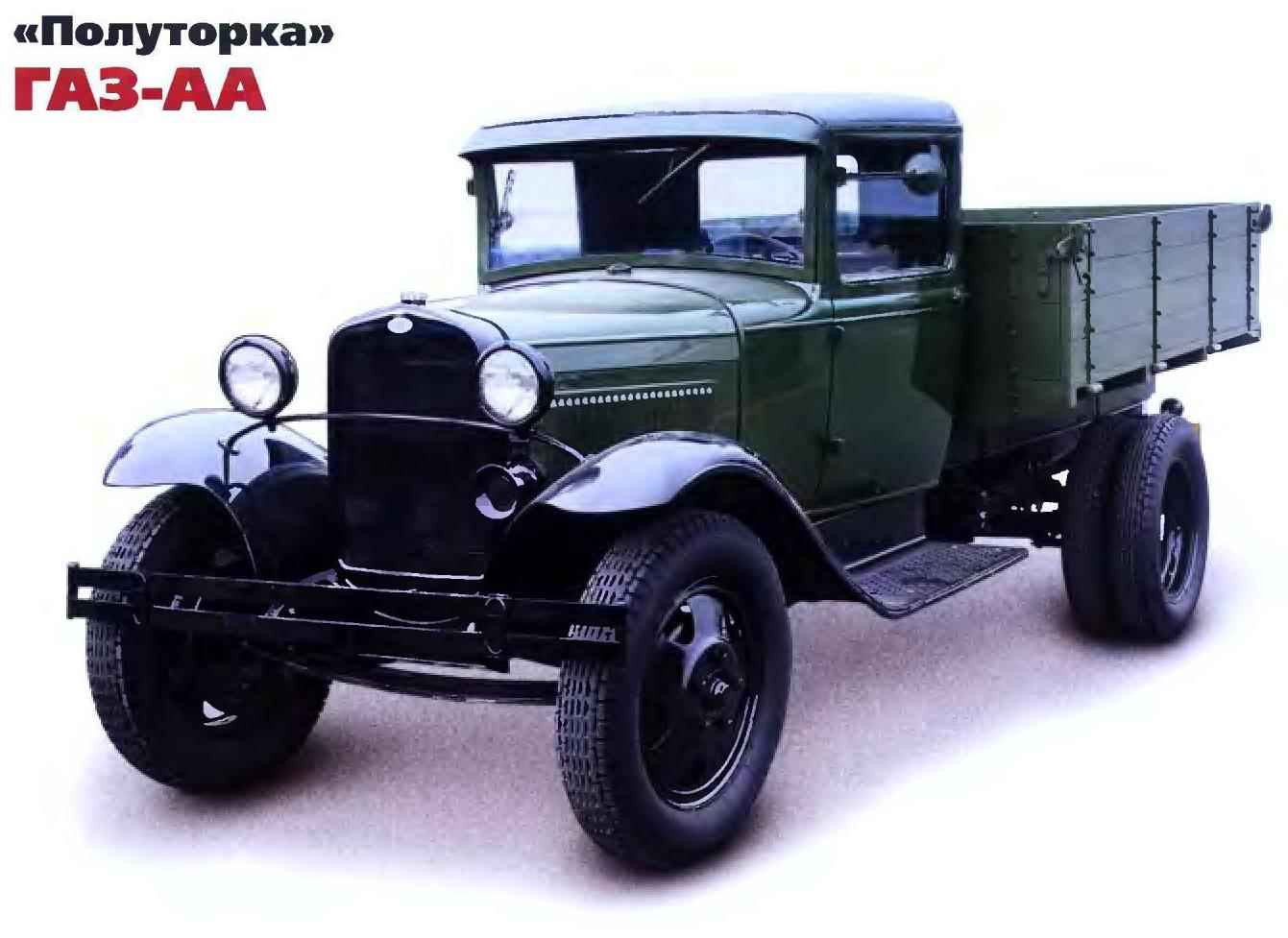 GAZ-AA: FROM THE TRUCK TO THE BUS. A family of GAZ-AA GAZ-MM. The need for mass polutoratonny car originated in the Soviet Union in the late 1920-ies in the country to build new factories, canals, roads and power plants, and exercise is no simple, reliable and repairable cars was simply unthinkable. The construction site of the automobile giant was chosen Nizhniy Novgorod, has qualified personnel, well-developed transport network, and powerful Metalworking industry.

Preliminary design of the enterprise was ordered to the American company Ford Motor Company, where may 31, 1929 went to the Soviet government Commission. Soon, with the Americans an agreement was signed, under which the administration of the Ford Motor Company has pledged to provide the Soviet Union with technical assistance in the construction of the plant, organization of production of cars and trucks, as well as the training of Soviet specialists and trainees in the American automobile plants in the amount of 50 persons annually.

Prototypes of the cars to release them on the new American steel automobile cars – trucks Ford-AA and cars Ford-A.

Mass production polutoratonny truck NAZ-AA began at the Nizhny Novgorod automobile plant 29 Jan 1932. However, at the end of this year, the city and the factory, and manufactured the car was renamed the city was named Gorky, the company Gorky automobile plant and the cars and trucks – GAZ-a and GAZ-AA. The first lorry was done by Ford to the drawings, but taking into account the Russian realities overseas, the car had to equip a reinforced crankcase of clutch, new steering gear, air filter, and constructed on Gas wooden Board body.

Initially, the trucks were collected with the use of Ford’s components, and since 1933, all GAZ-AA have come out of the factory gates, fully equipped with domestic parts, mechanisms and aggregates. 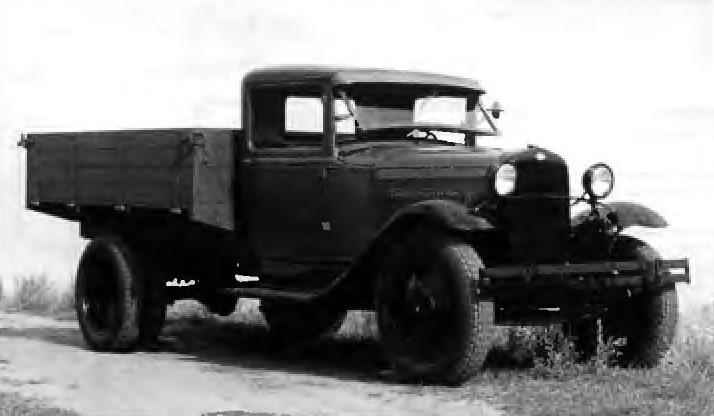 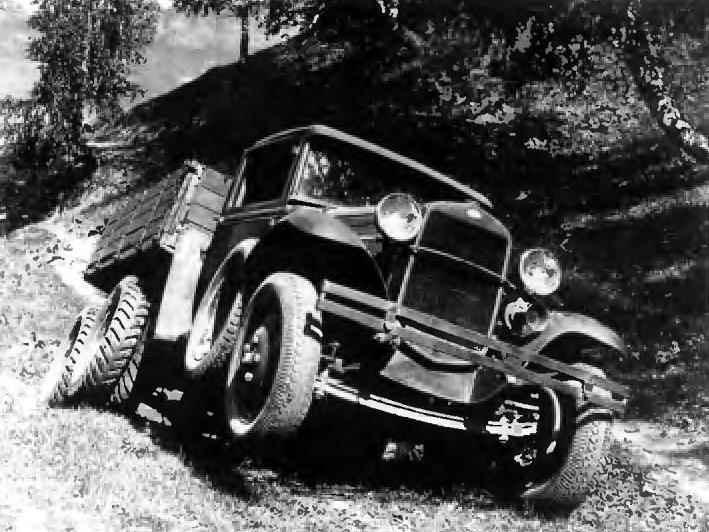 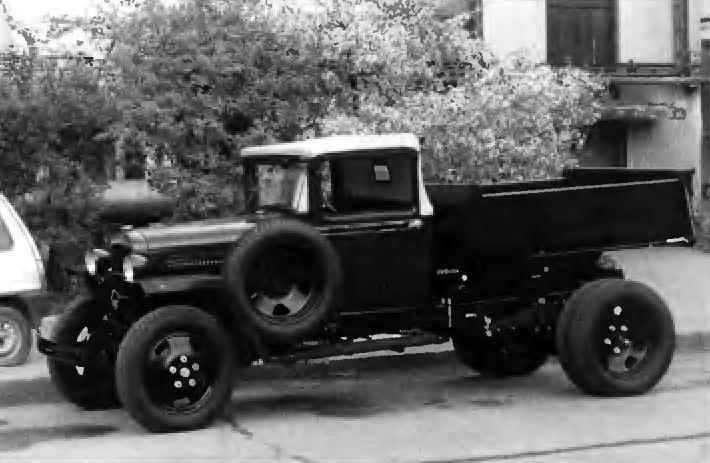 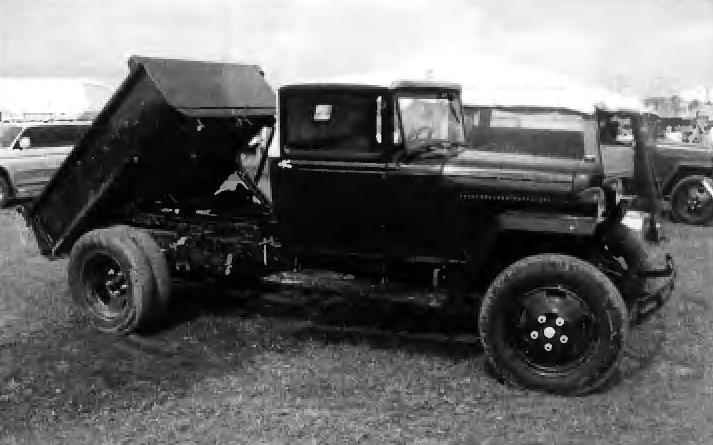 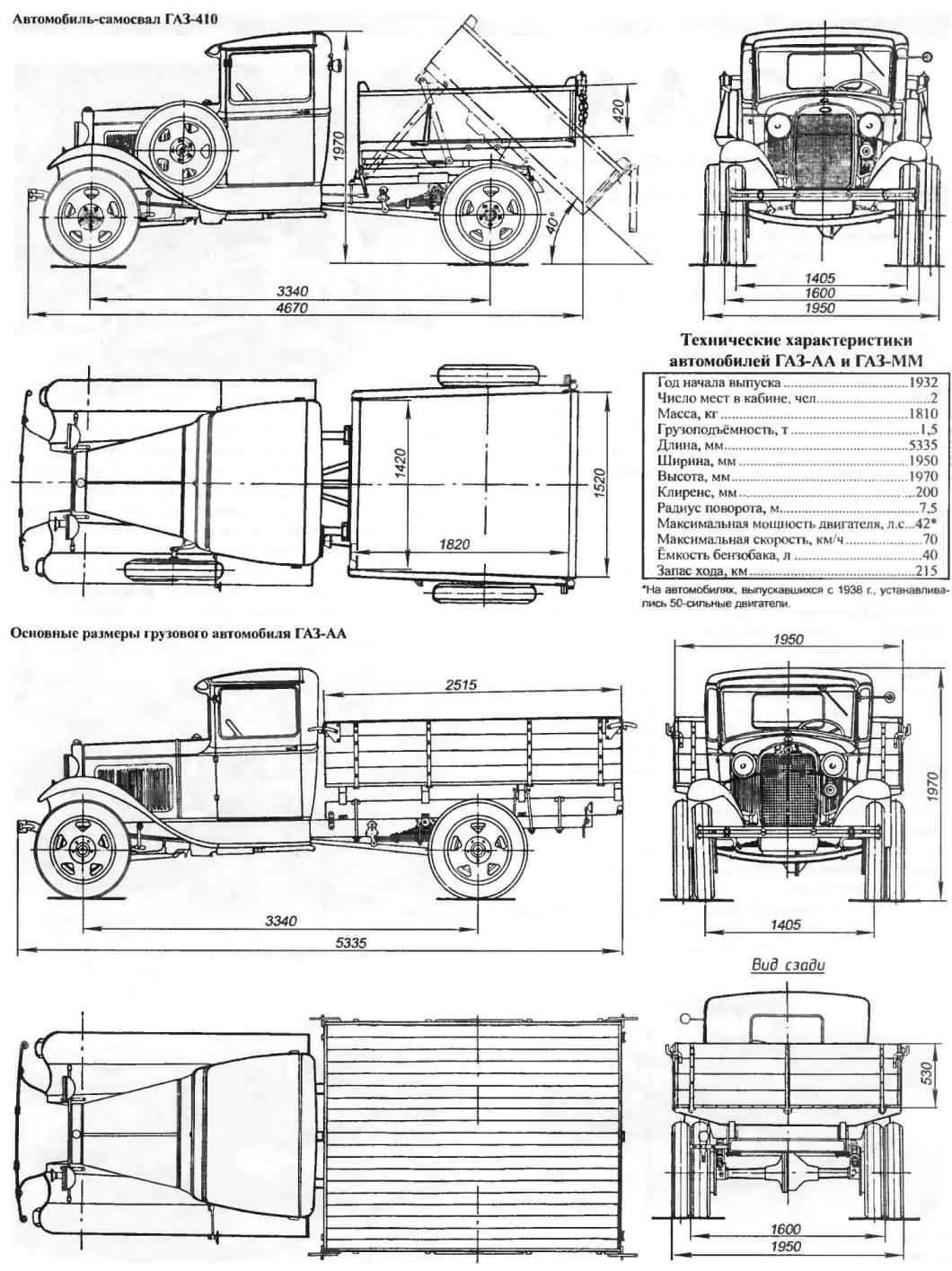 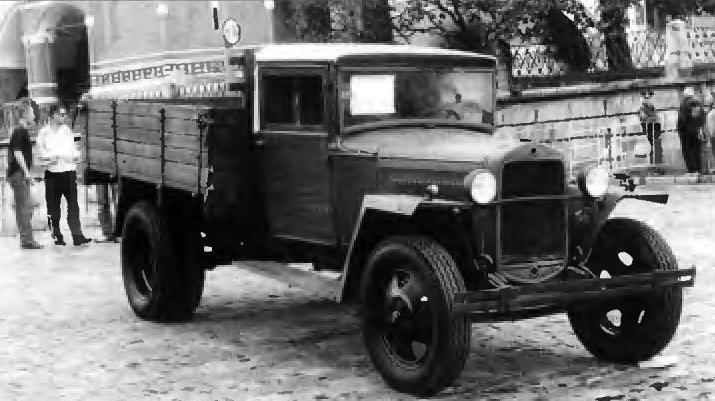 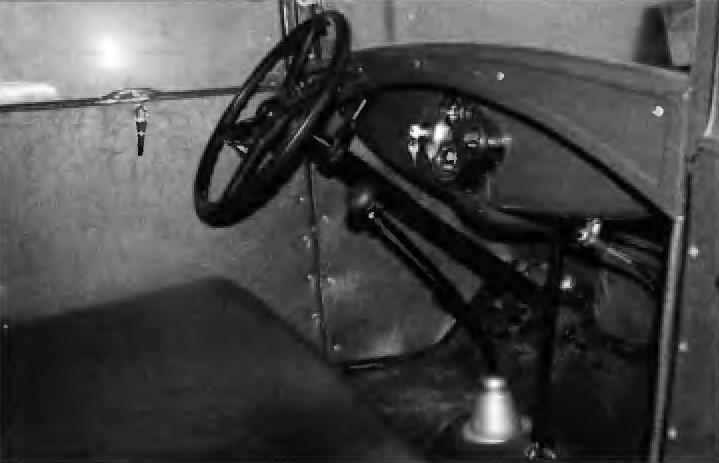 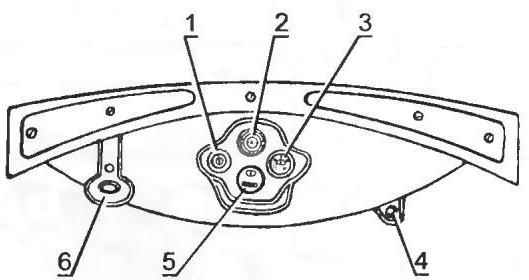 It should be noted that for the beginning of the 1930-ies the truck had quite a perfect design. The basis of the truck was a powerful spar frame, which was fixed cabin and the body. The power unit was a 42-horsepower gasoline engine displacement 3,285 liters. The main advantage of this engine was his “omnivorous” – he worked not only on cheap low octane gasoline, which we are hardly heard – A-52, but naptha or kerosene.

By the way, 40-litre fuel tank on GAZ-AA was located above the carburetor so that gasoline is fed to it without a pump, by gravity.

Suspension lorry – dependent, and the front axle was resting on the transverse semi-elliptic leaf springs with push rods, and rear – pair of longitudinal cantilever leaf springs without shock absorbers. The rear suspension had the original design with so-called pusher tube, which is located inside the propeller shaft. The pipe rested in a bronze bushing, which is due to the increased wear required frequent repairs.

The main brake had a mechanical drive, but because of its low efficiency drivers prefer engine braking.

Until 1934, the cab of the truck was made of wood and pressed cardboard, and later on the car was installed a metal cab with a leatherette roof. In 1938 GAZ-AA upgraded – it is equipped with 50-horsepower engine, enhanced suspension, improved steering, a more robust propeller shaft, and, accordingly, was given a new name – GAZ-MM. However, externally, the old and the new lorry did not differ from one another.

Electrician GAZ-AA differed by low reliability, especially low resource had the battery and starter, so that drivers often had to start the car only with the help of crank. Did not differ reliability and tires, while the standard occurs in 20 thousand miles they were worn out already after 8-9 thousand miles. the Shortage of tires has led to the fact that during the war the factory conveyor sometimes went lorry with single rear wheels.

In 1934 it was deployed serial production of GAZ-AAA three-axle version of a lorry. This car was created under the leadership of chief designer V. A. Grachev plant. All in all, the Gas were produced 37 373 triaxial car.

Lorry served as a good base for creating a wide variety of modifications. Thus, the subsidiary of GAZ, the Gorky plant of buses in the period from 1933 to 1950 was about 17-seat bus GAZ-03-30, before the war most common in the USSR. The body of the bus had a wooden frame and metal casing. In addition to the “civilian”, on the basis of GAZ-AA staff bus released for needs of red Army, and on the basis of a three-axle lorry GAZ-AAA – army sanitary bus. 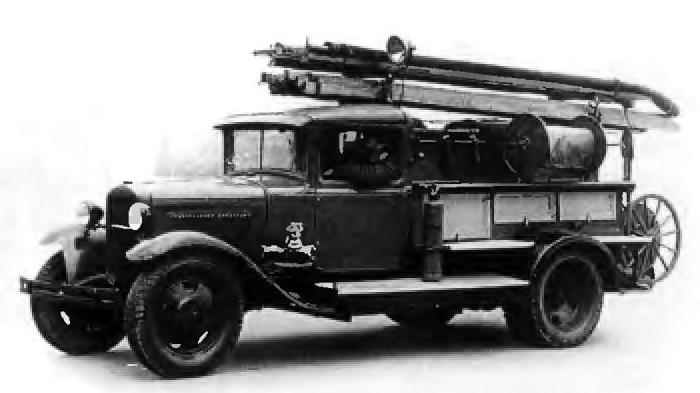 Fire truck based on the GAZ-AA 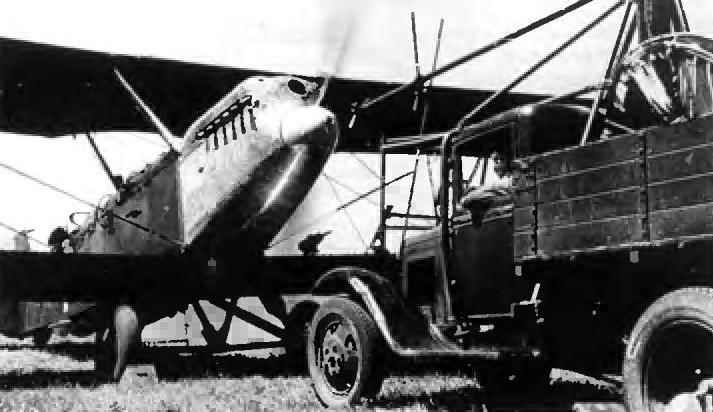 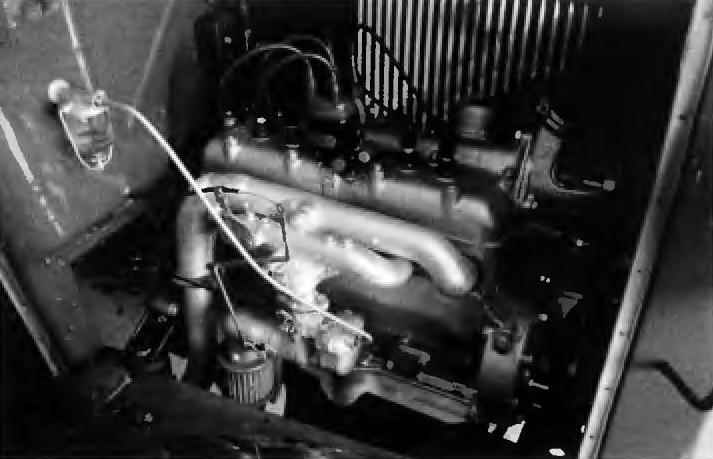 Engine compartment of the truck GAZ-AA 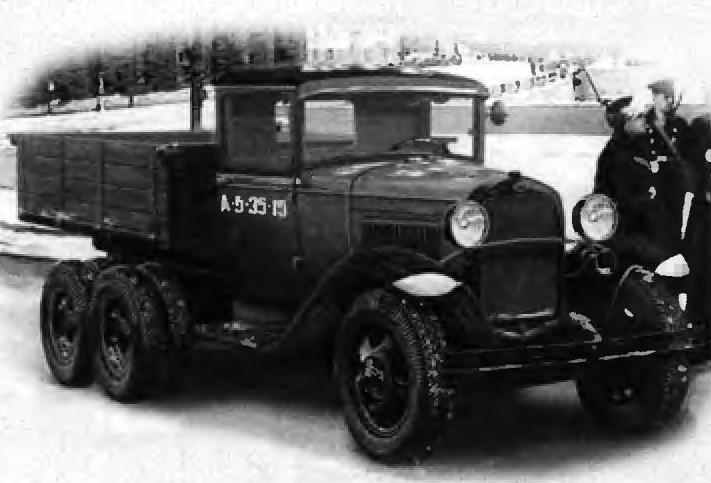 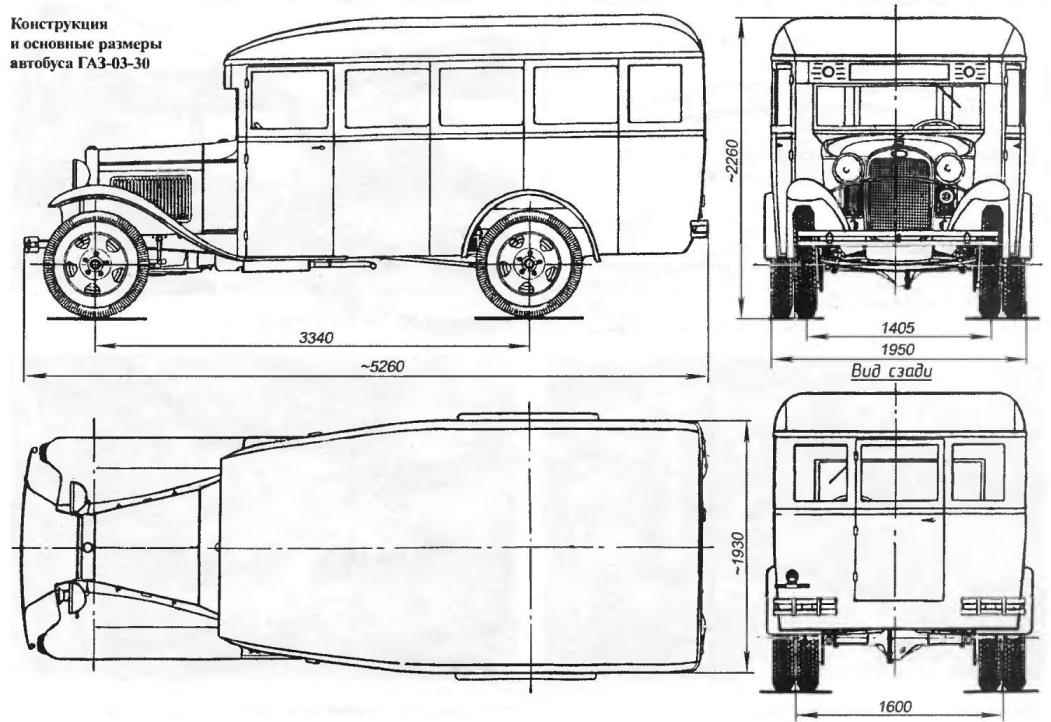 Design and basic dimensions of the bus GAZ-03-30 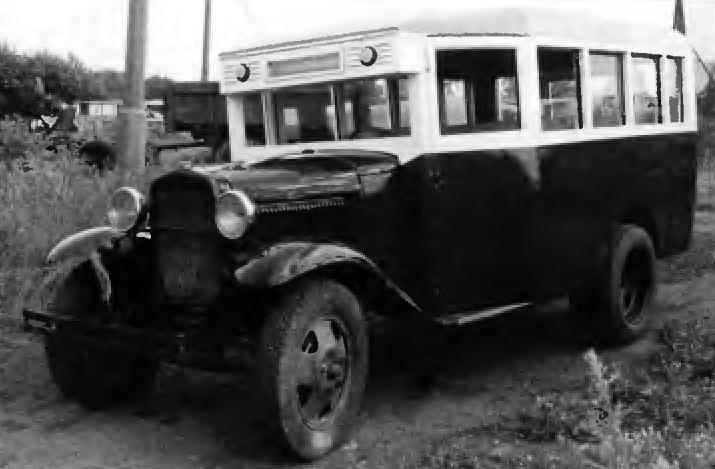 Bus GAZ-03-30, produced on the basis of trucks GAZ-AA and GAZ-MM 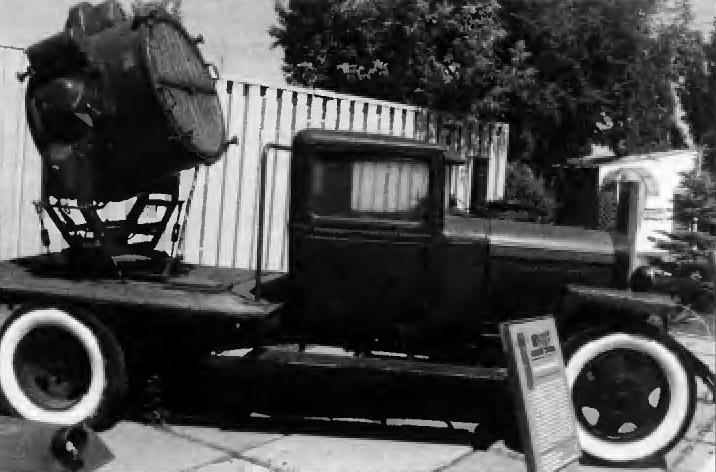 The GAZ-AA with the searchlight installation

In 1936, at the Gorky automobile plant was organized the production of the car-truck GAZ-410 the load capacity of 1.2 tonnes. The tipper body has had the original, a kind of gravity drive, which employs the force of gravity. The body is equipped with locking device handle that was located at the left side of the truck. To unload the car, the driver has shifted the lever, the body bent and the cargo were poured back. The empty body under the influence of gravity back to its original position and again recorded a shut-off device.

At the end of 1930-ies on the Gas created by gas-GAZ-42, gas-cylinder GAS-44 and the half-track GAZ-60. On the basis of GAZ-AA and GAZ-MM produced cars-benzozapravschike, vans, and autostarter as-2 designed to start aircraft engines.

A lot of cars Gorky automobile plant was called to service in the red Army – lorry made up more than half the army’s fleet. Most of them were intended to transport troops, using machine side body, fitted with removable benches, which housed 16 fighters.

During the war on the chassis of the GAZ-MM was produced by army medical GAZ-55, staff bus GAZ-05-193, radar, searchlight installations, zvukopoglotiteli and camp workshops, and 3850 trucks GAZ-AA and GAZ-MM was equipped with antiaircraft guns and Quad anti-aircraft machine guns.

With the beginning of the great Patriotic war, the cars of the Gorky automobile plant had significantly simplified, due to lack of metal and the desire to reduce cycle time of production of cars. So, the lorry was equipped with only rear brakes, they lost the front bumper and right headlight, and is rounded stamped front wings on GAZ-AA were the wings of the G-shaped form bent from roofing iron. Everything, the body is opened only the rear Board, and in 1942 instead of steel began to make a simplified cockpit, covered with tarpaulins and canopy instead of doors. In 1943, the machine was equipped with a closed wooden cabins with canvas roofs.

On the basis of two-axle and three-axle trucks of the designers of the plant had developed a lot of armored cars. So, from 1936 to 1938 on the Gas released 394 armored car BA-6, in the period from 1938 to 1941 – 3331 armored car type BA-10A or BA-10M, and at the end of 1930-ies on a shortened chassis of the GAZ-AAA was established hulls previously released for the life-expired vehicles. In addition, the designers created prototypes of the armored car BA-9, and the floating armored car PB-4 and PB-7. 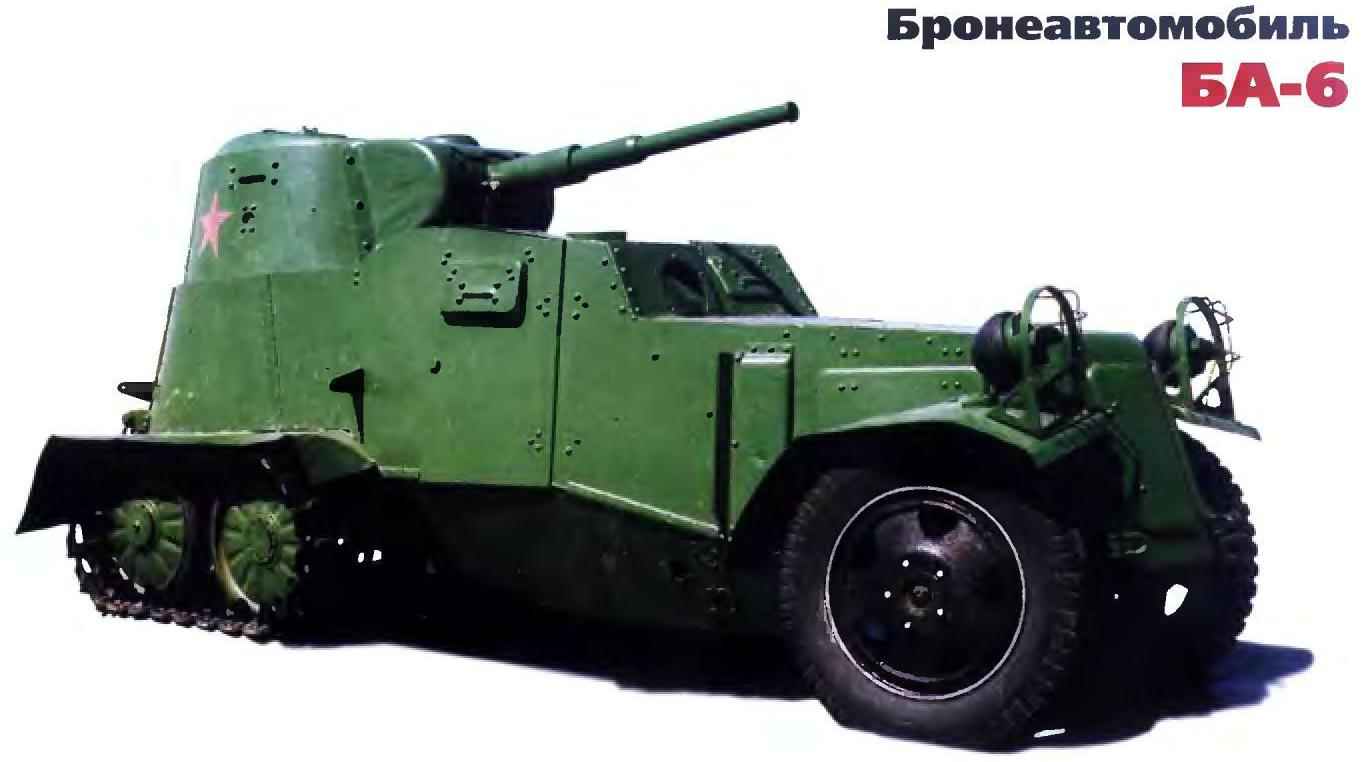 During the war GAS released 102 300 cars of various types and modifications. And in December 1945, the plant launched serial production of the new truck GAZ-51 and GAZ-6З. The Assembly of the last of the trucks GAZ-MM were completed on the Gas in October 1949, and a year later at the Ulyanovsk automobile plant.