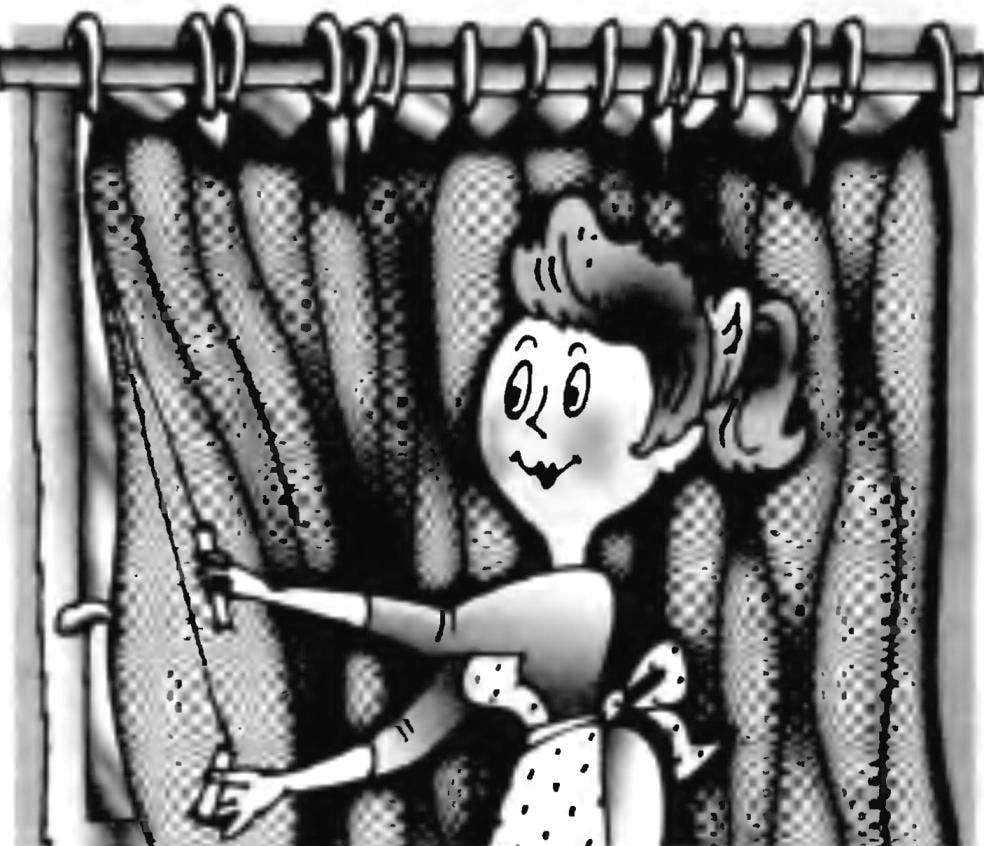 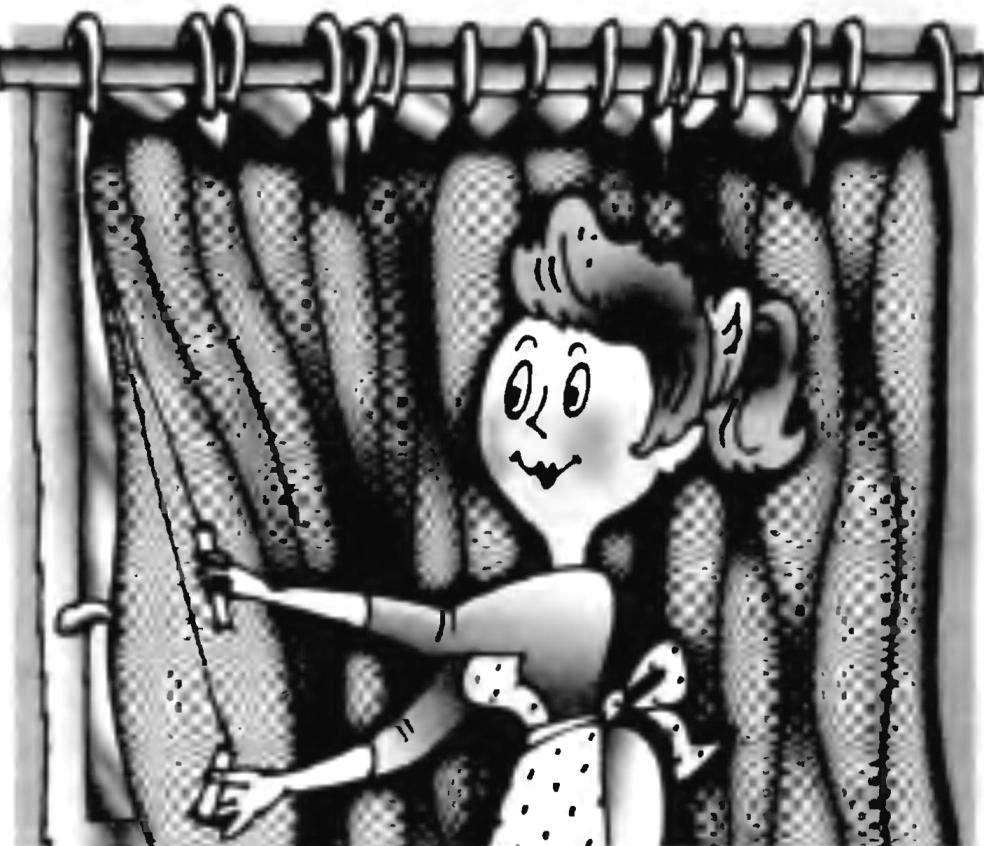 The popular hosts of all sorts of blinds and curtains on the Windows and interior doors, consisting of two sliding panels for a more decorative are hung on wooden rods with big rings. If the material used is thick and heavy, close-open curtains manually is not so simple, and at applying the same sudden effort ring curtains produce a lot of noise.
Of course trade offers and improved versions of curtains with a simple shnurovym or even electrified devices for advancing sheets. However, they are more expensive besides. as a rule, arranged on a metal, most often skid, bars
However, a simple device for mechanically shifting the curtains on a wooden rod is easy to make on their own, and to work such a system would be no less convenient and reliable than the industrial ones.
This will require only a thin but strong silk or synthetic cord and its Length is selected such that it is slightly more than twice the rod length using the cornice.
Cord folded in half and passed inside the rings. to his end the loop turned out to be the far bracket of the cornice. In addition, the cord halfway should tie on the two middle rings, and one node should belong to one branch of the cord, and the second the other branches. The free ends of the cord are moved through the second bracket. 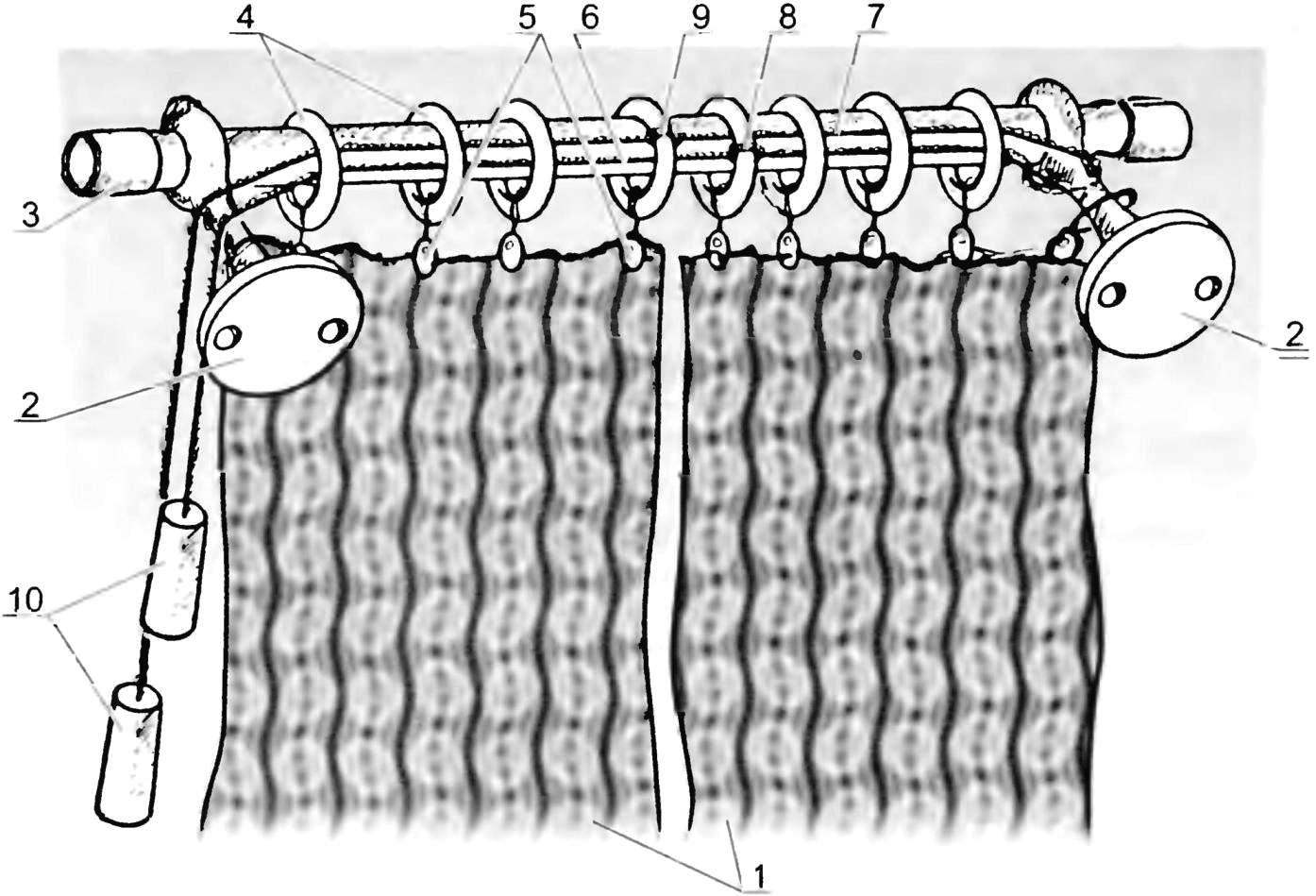 Mechanized curtain:
1 — half blinds; 2 — bracket cornice; 3 —rod, 4— ring; 5 — clamps for hanging curtains, 6 — lower reach of the cord. 7 — upper reach of cord: 8 — node, the lower branches of the cord, 9 — node, the upper branch of the cord; 10 — handles on the ends of the cord
That’s all the trick and ends. From the figure it is seen that when pulling the left end of the cord the curtains begin to move apart; and in order to “draw” the curtain should pull right end of cord. Rings thus move easily and almost noiselessly
Of course, such mechanization can be realized for other types of eaves up to the so-called “strings”, if necessary using nylon cord instead of sand
B. RAWSKI