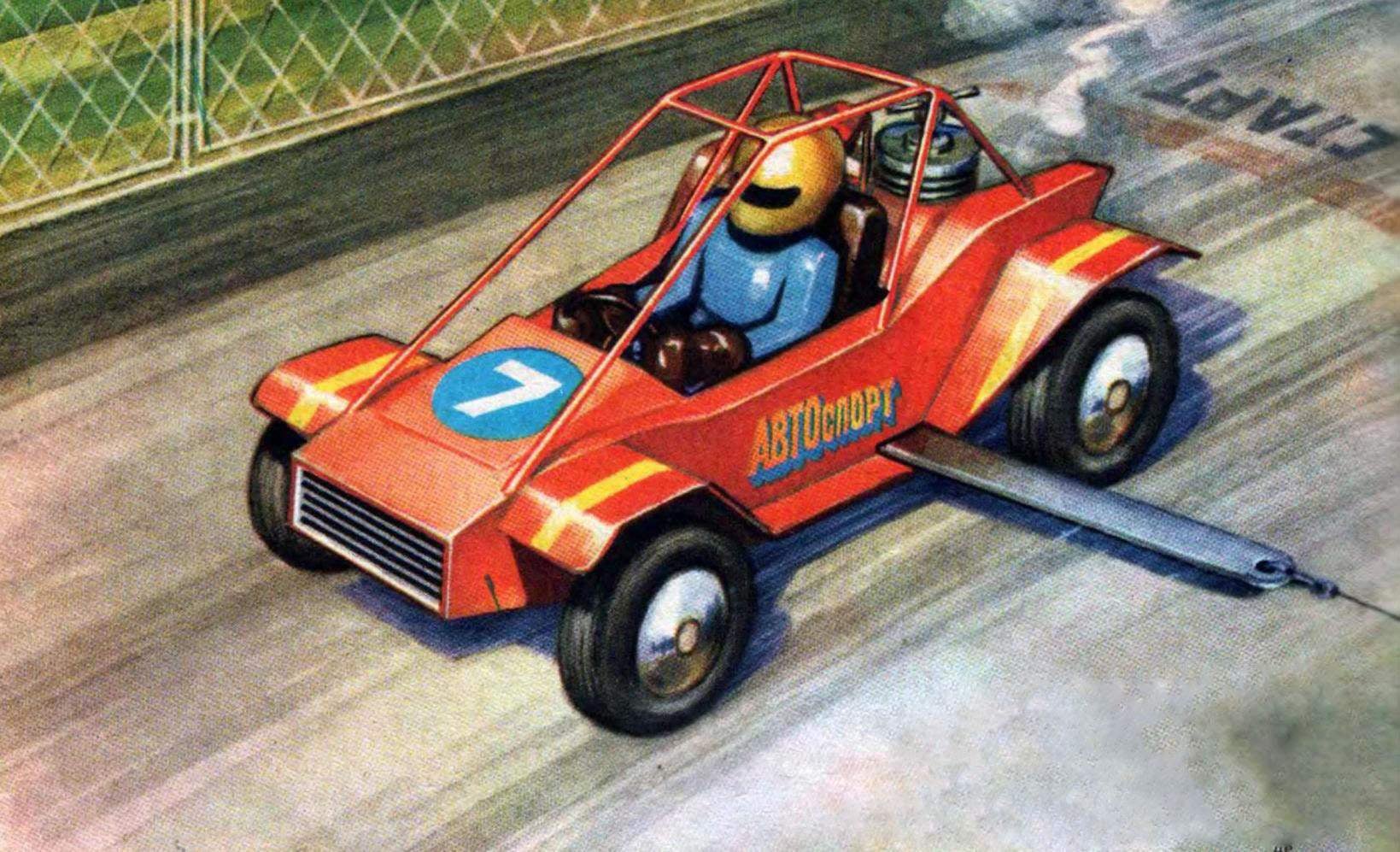 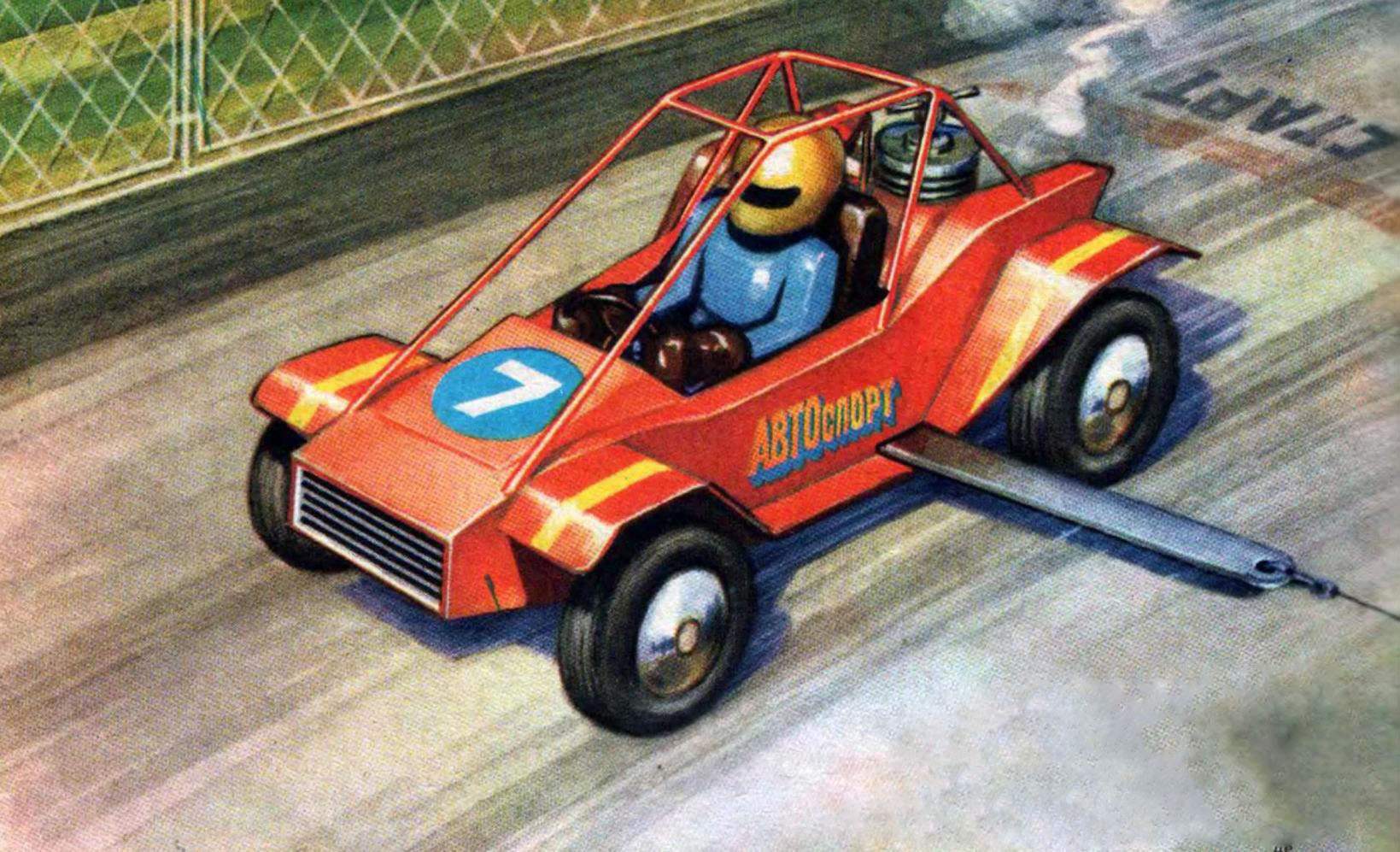 Motorsport fans have long been familiar with the term “rally”. He is known and automodellista-skorostyam is one of the competitions cord racing models, in which miniature cars shall adhere to the set speed. And in the near future the word “rally” will appear in the lexicon of car designers-copies.
A new class attracts many avtomodelistov. And most importantly — use of standard motors without any forcing. In developing such models for sea trials in the foreground, the other task — the creation of the stabilizers of speed.
Technical requirements and models “of the class is not too burdensome even for the young designer. The scale of the copy may be expressed by any natural number (multiple of one). The technical Committee allows the model to compete, if its length, width, base and track, as well as the diameters of the wheels differ from the corresponding dimensions of the prototype, related to the scale, no more than 5 %. The mass of copies must not exceed 2 kg. the model is allowed to install the serial compression (diesel) motors a working volume of 2.5 cm3. The technical Committee does not evaluate a model, but “pass” on the track serve quality coloring and finish, the availability of the main elements of the prototype. The modeller is obliged to present the Commission’s technical drawings of the car taken from any official source (book, magazine).
Assessment of performance is the sum of the results of the three races, and if but one model receives a “wheel”, is exactly the same and the total score of the three attempts. Minimum order the speed be determined by the jury within 60-110 km/h. 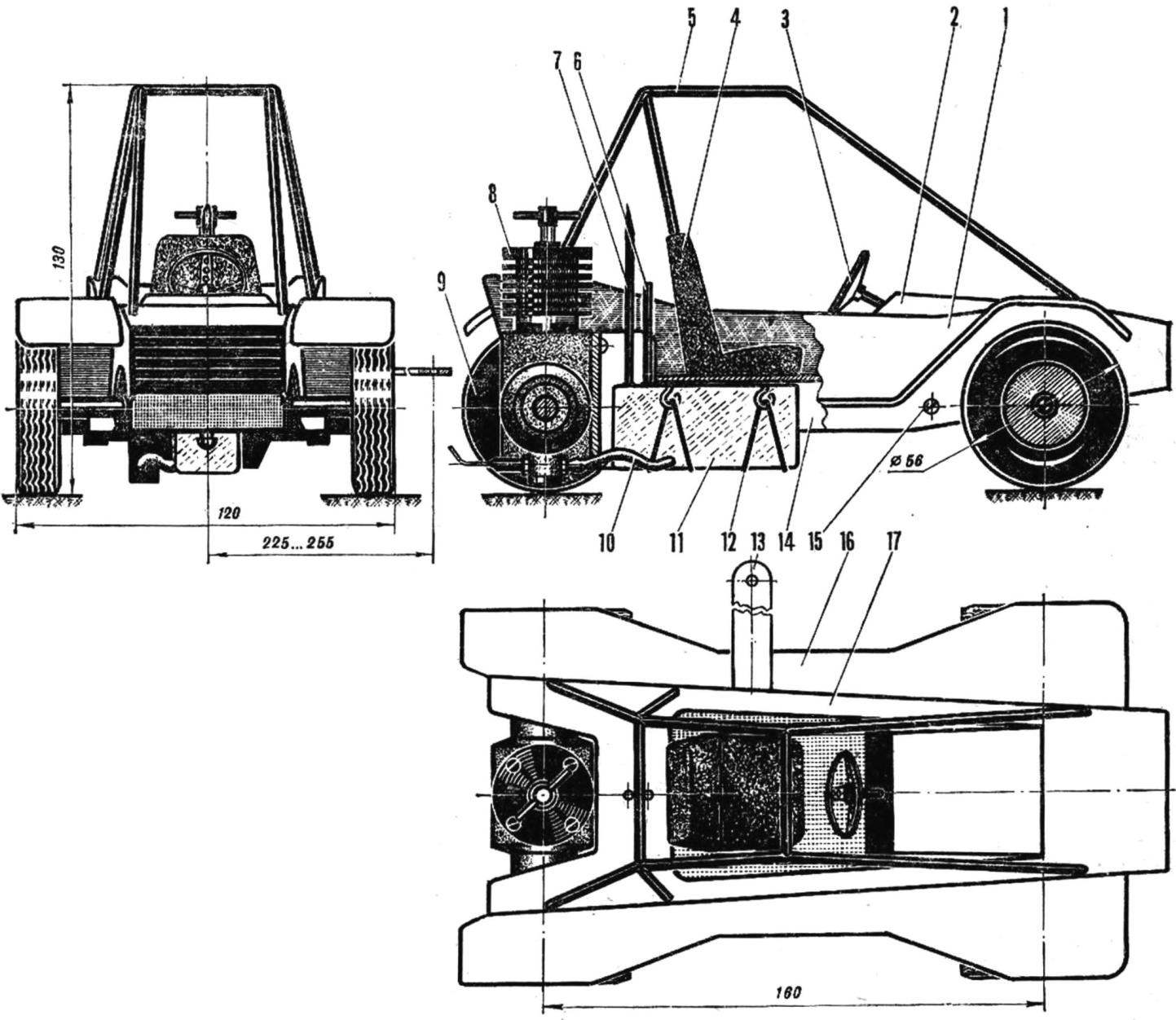 Fig. 1. Training car class “rally”:
1 — sidebar, 2 — cowl, 3 — wheel, 4 — seat, 5 — arc security, 6 and filling tube 7 — drainage tube, 8 — Microdrive “Temp”, 9 — wheel 10 — supply pipe of the engine, 11 — fuel tank 12 — rubber ring, 13 — cord strap, 14 — frame, 15 — pints and nut of attachment of the body to the rams, 16 wing, 17 — upper panel.
Today we introduce you to the drawings and description of the training cord model car buggy created in the Palace of pioneers and schoolchildren of the Pervomaisky district of Moscow under the direction of master of sports of the USSR N. N. Komarov.
Design cord model polyopia car-buggy — developed on the basis of the engine from a set of “Temp” with a direct drive to the drive wheels.
Curved frame made of steel sheet 1.5 mm thick. Its cross section is a channel. At the front of the frame with four screws fixed dural boss with a through hole Ø 6 mm — in which is inserted the front axle, machined from steel 30KHGSA. For attachment to the frame of the engine Temp needed is the spacer: it can be bent from a steel sheet with a thickness of about 2.5 mm. the Engine is attached to putting M3 screws, the same screws to fit the spacer to the frame. 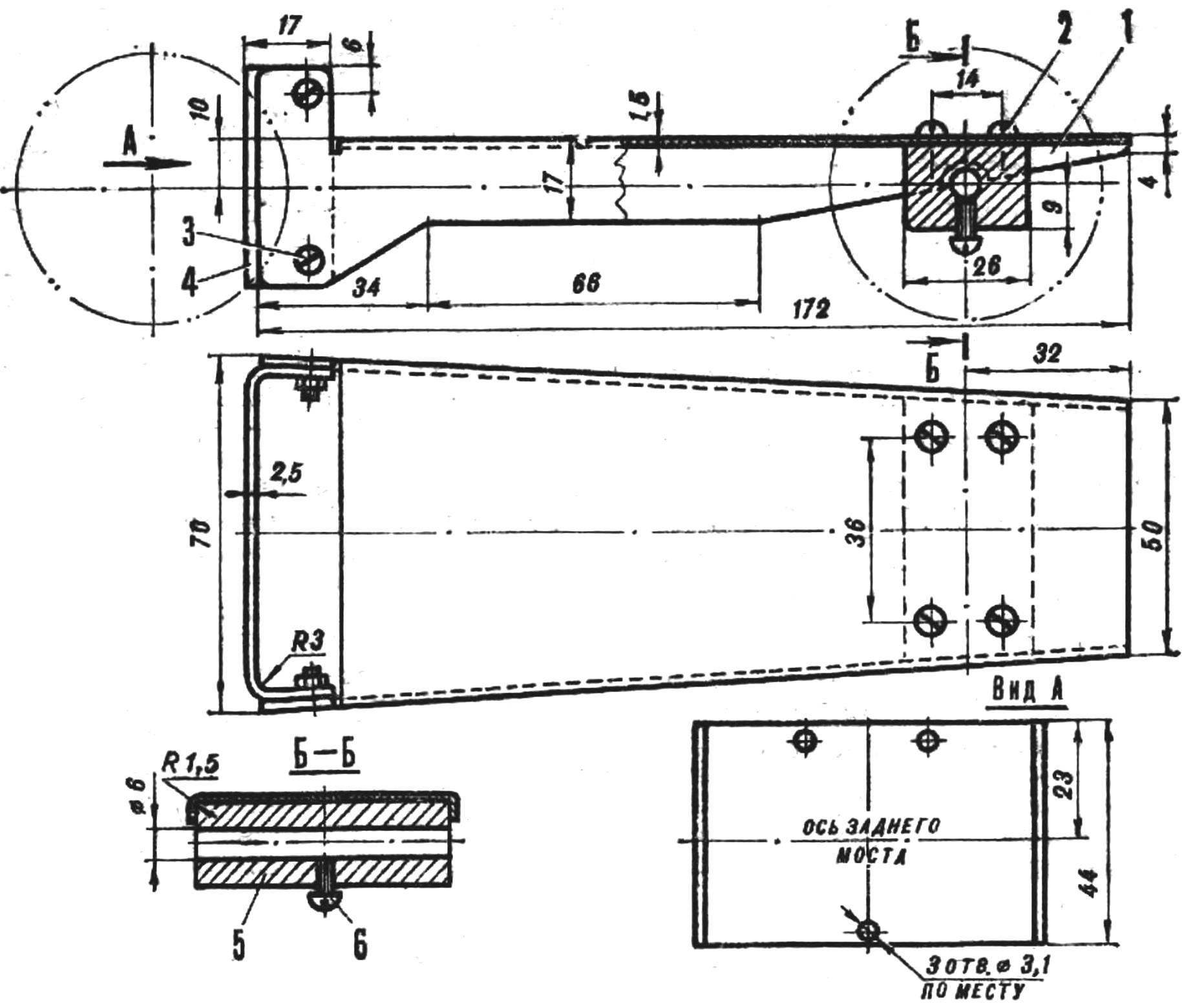 Fig. 2. The frame model in the collection:
1 — frame, 2 — screw fixing boss of the front axle, 3 — screw and nut fastening spacers, 4 spacer, 5 — lug front axle, 6 bolt fixing front axle.
The body is assembled from panels of curved galvanized roofing iron. The proposed manufacturing technology of the hull. First, from a dense paper (Whatman), you need to cut all the body parts and bend them as shown on the drawings. Further, all the elements are held together with pins or glue, in the case of inconsistencies in their form they are adjusted in place — trimmed or first unit. When the dimensions of the body panels will not cause doubts, the contours of these parts are translated ia metal. It remains to cut the workpiece, to bend them to do rifts and flanging — and the body can be collected. You first need to connect the sidewalls with the top panel, then solder the fenders and the hood. Ready body carefully trimmed, joints and dents sravnivayutsya solder.
Now it’s arcs of security. It is best to bend them from a steel wire Ø 4-5 mm. After mutual adjustment they are connected by soldering. To install the arc on the body, in the top panel serverlists six holes. Next, the arcs are inserted into them, riveted to the side walls, and the joints opasayutsya.
A hole in the front of the body is decorated with a lattice — for example, from a transistor radio or assembled from strips of knitting needles.

Fig. 3. Body panels (numbering of items corresponds to the position in Fig. 1).
Fuel tank size 25X20X60 mm made of tinplate. It soldered three tube filling, drainage and power of the engine. Please note that the drain pipe is almost never enters the tank, and filling of only 1 mm is not reaching its bottom. Supply pipe located on the right side of the tank at its bottom. Mount tank for models with two rubber rings to the four hooks located on the bottom of the frame.
“Driver’s seat” it is best to carefully cut the Styrofoam brand PVC and several layers of paint enamel black or brown. Steering wheel arches of steel wires, spokes made of tin.
Cord bar should be cut FROM steel sheet about 2 mm thick. Its width is 10-12 mm. At a distance 225-255 mm from the plane of symmetry of the model in it is drilled a hole for a carabiner Northway thread. Before final fastening of the straps should determine the location of the center of gravity of the model and to fix the bar so that its axis coincides with it.
I. SERICIN