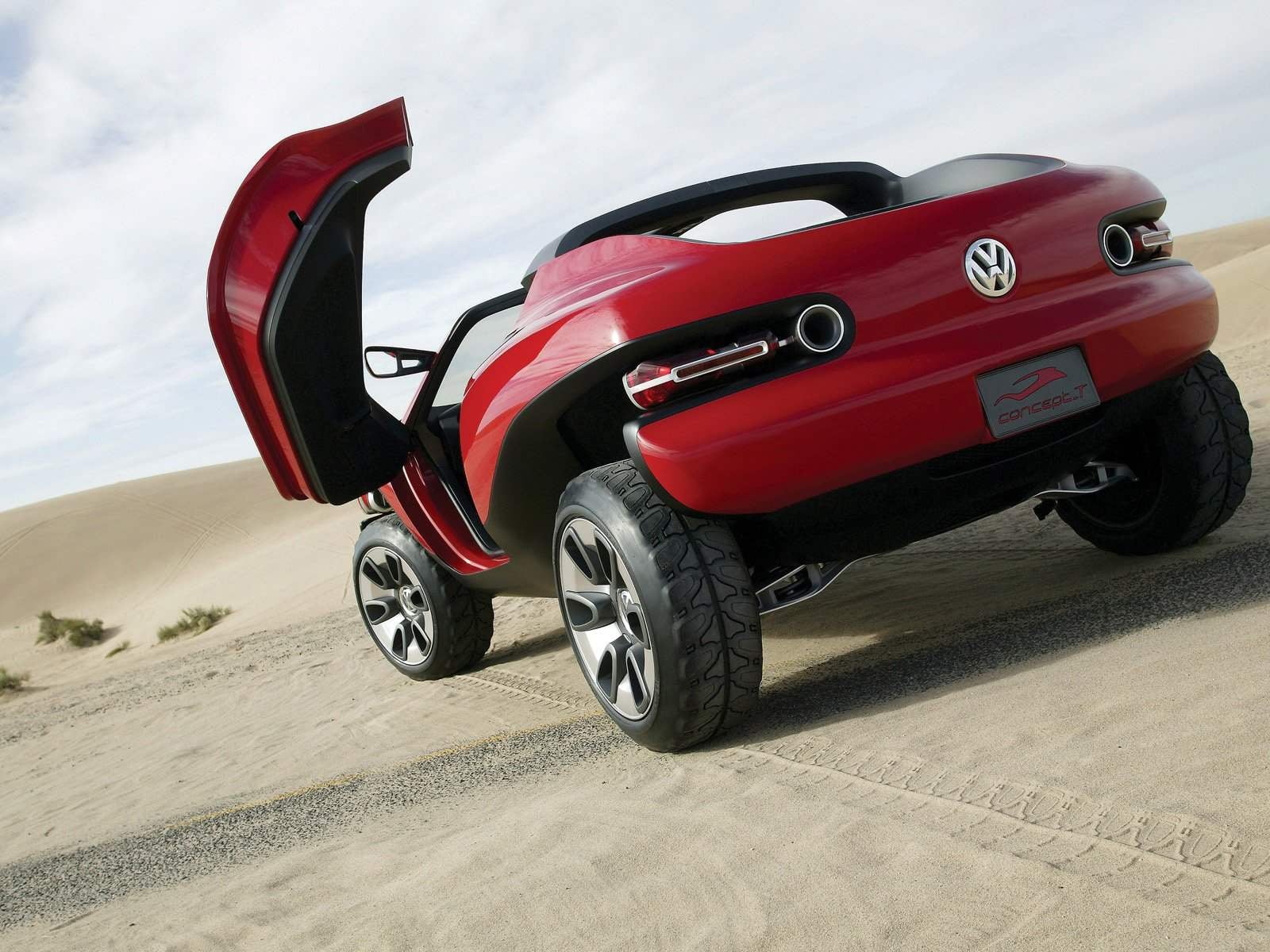 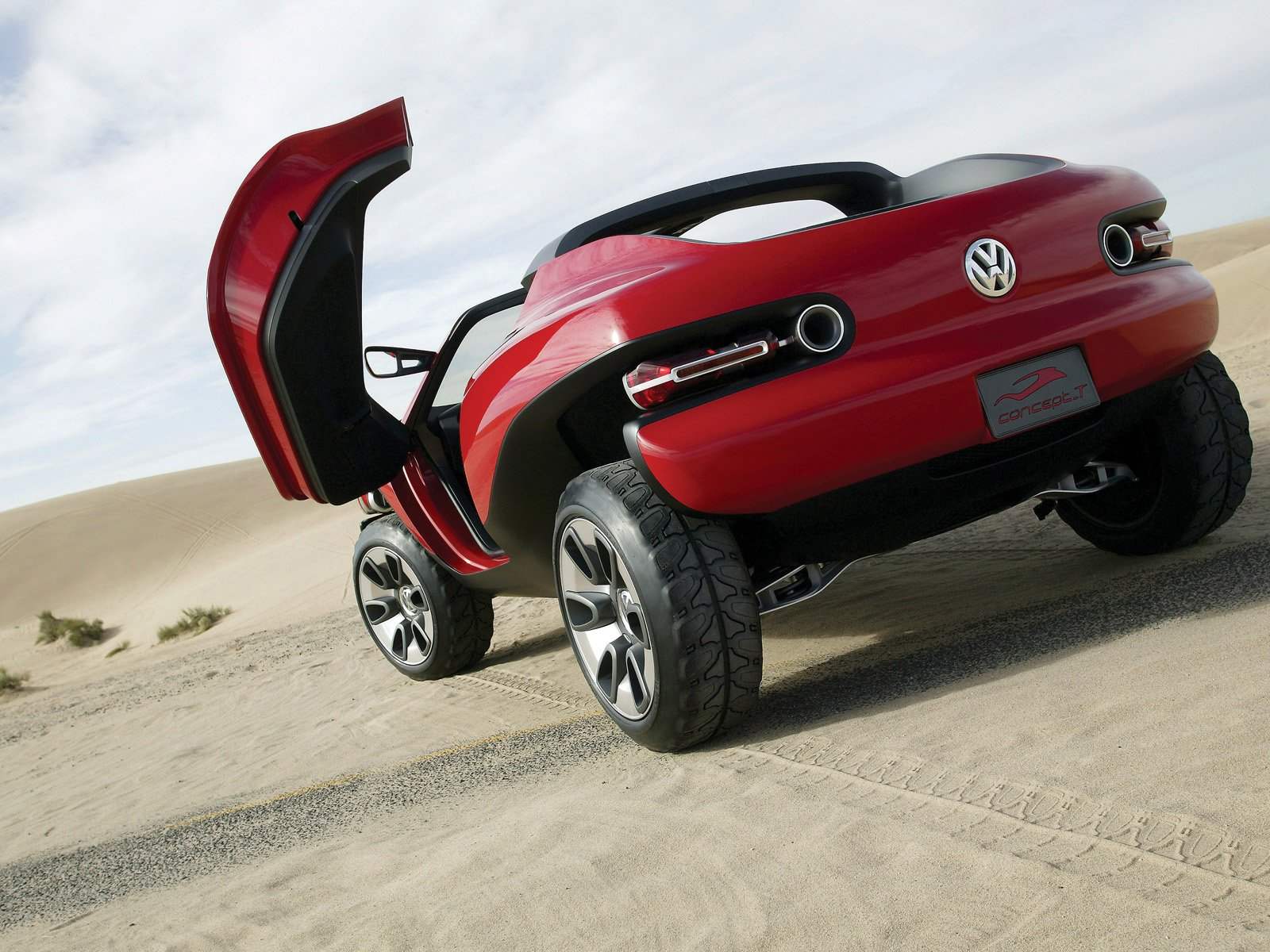 In 1904, the company Volkswagen has released a small series of sporting four-wheel drive is a pleasure car in the segment, created on the basis of the mechanisms of the VW Golf. The first model was shown at the Detroit motor show in 2004, the Car was developed under the leadership of chief designer of the American center style Volkswagen D. Jenkins leading designer of the project K. Brockshmidt, in the style of beach car (dune buggy) with a body of fiberglass. The machine is equipped with a 3.2-liter engine capacity of 240 HP, which allows to accelerate to 100 km/h in 6,6 s.
The machine is made double, with doors opening to the side-up, like the elytra of a beetle Roof has two removable section, the retractable into the recess in the rear part of the body; there is a full-size “Stepney”.
Volrcwagen Concept T: length 4079 mm, width 1963 mm, height 1450 mm, base 2568 mm; engine — 6-cylinder, V-type, power — 240 HP, working volume of 3.2 liters, a maximum torque of 320 Nm; the acceleration time to 100 km/h -6,6, maximum speed of 247 km/h.