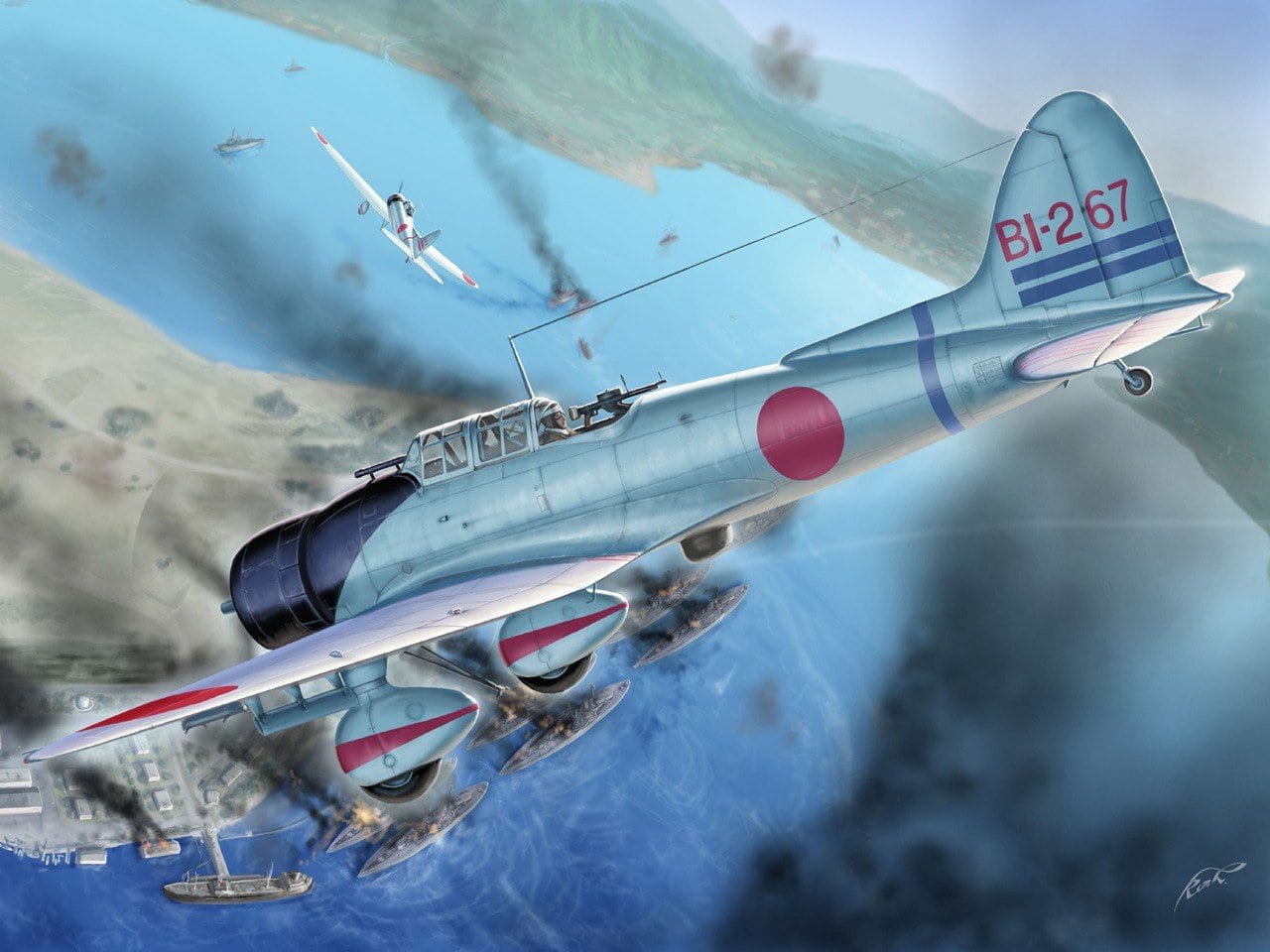 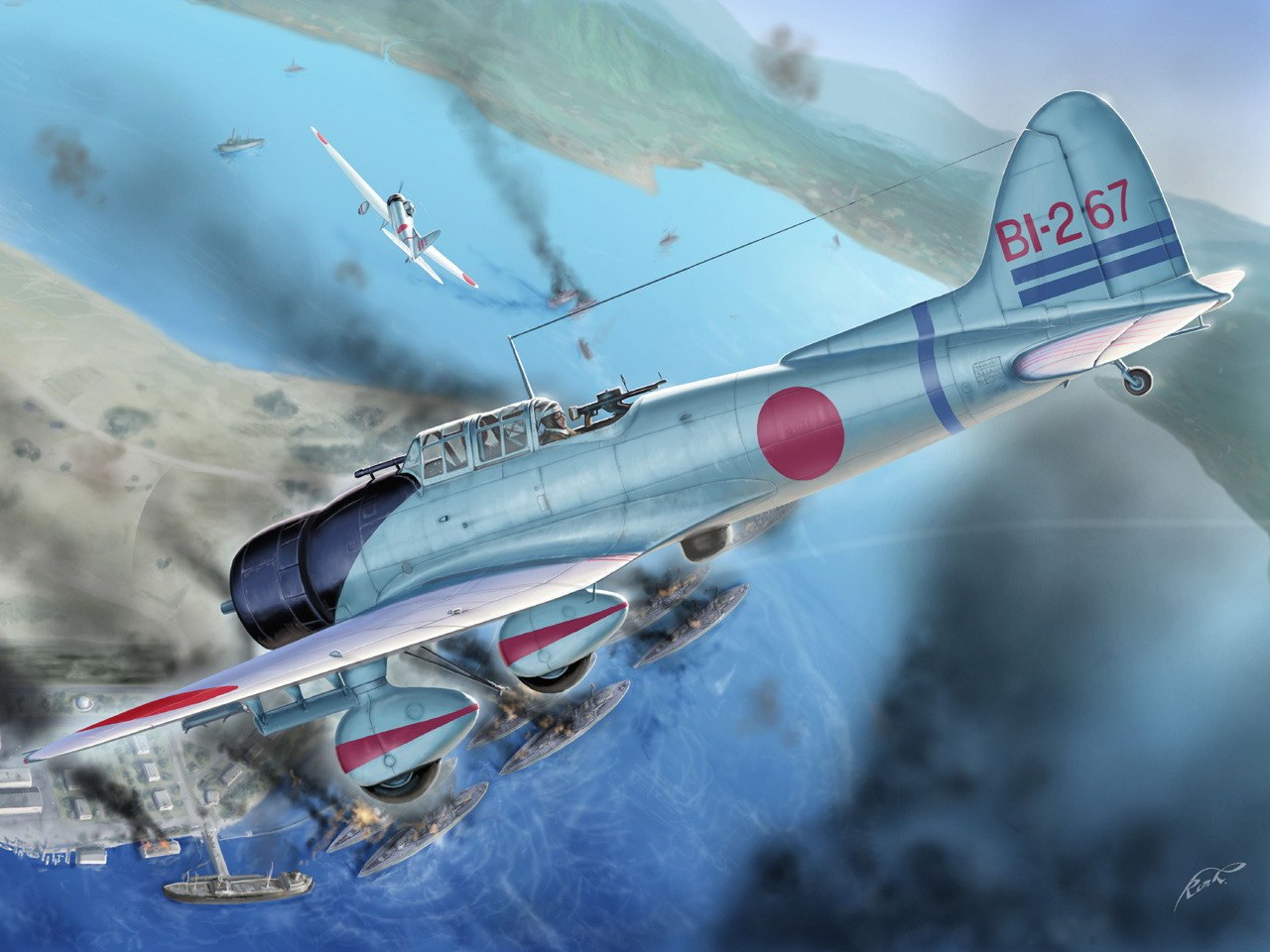 The first Japanese aircraft attacked on 7 December 1941 the American naval base at pearl Harbor and dropped bombs on it, was a compact carrier-based bomber, AICHI D3A. My first flight with a 710-horsepower radial engine Nakajima “Hikari 1” was made in January 1938. According to test results was increased the wing and a more powerful 1000-horsepower radial engine Mitsubishi “, kinsei 43”.
Like the German “classmate” Ju-87 Stuka, which was a terrible weapon of aggression only in the absence of enemy fighters, Japanese bombers, equipped with only two 7.7 mm machine guns firing forward and one of the same caliber to protect the rear hemisphere, were comparatively easy prey for enemy fighters. However, in the first ten months of the Pacific war that these bombers managed to sink more allied ships than any other aircraft of the “axis” Berlin — Rome — Tokyo. In particular, they were sunk by the aircraft carrier “Hermes” and cruisers “Cornwall” and “Devonshire”.
Huge losses D3A bombers during the battle of the coral sea forced the Japanese to transfer the surviving machine on a land aerodrome. It was built about a thousand AICHI D3A.
AICHI D3A2: wingspan 14 380 mm, length 10 to 200 mm, height 3850 mm, wing area 34.9 m2, empty weight 2570 kg, maximum takeoff weight of 3,800 kg, a maximum speed of 430 km/h, engine Mitsubishi”, kinsei 54″ power of 1300 HP, one person crew; armament: three 7.7 mm machine guns and one 250-kg bomb.