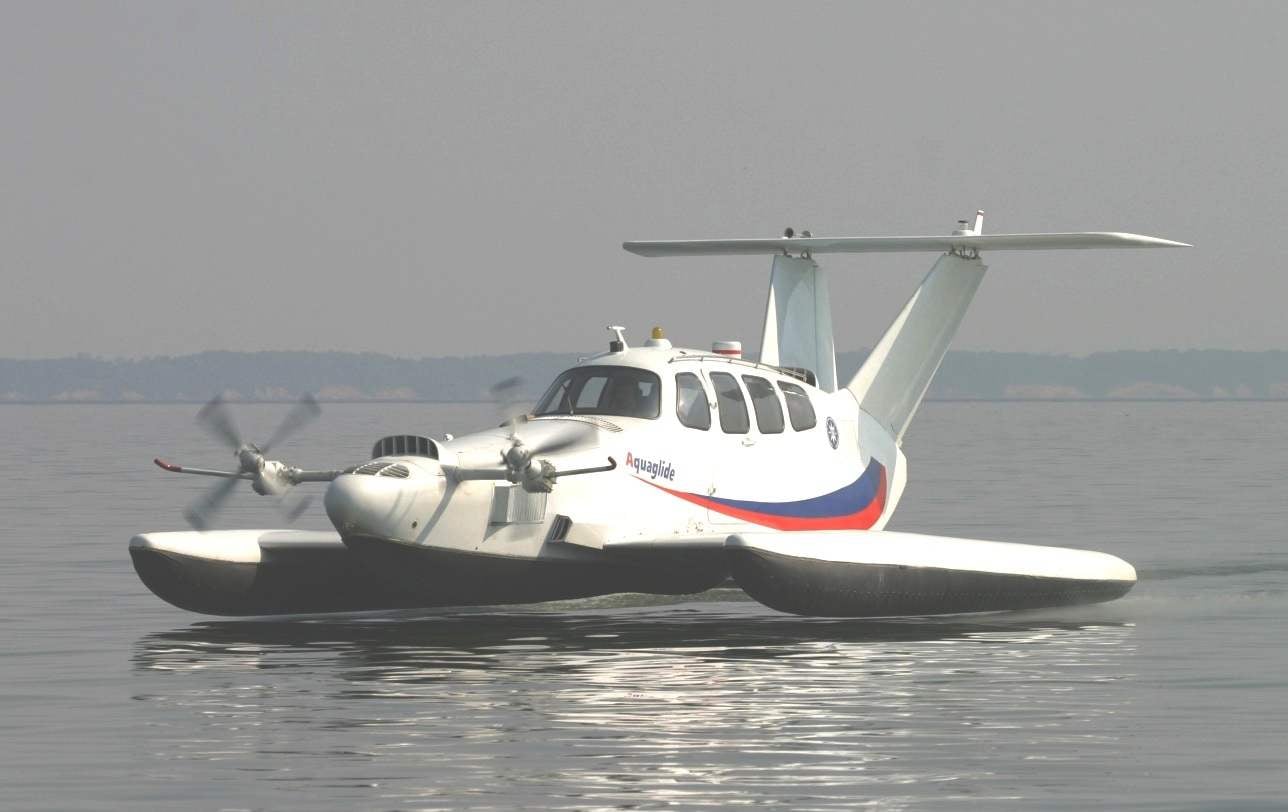 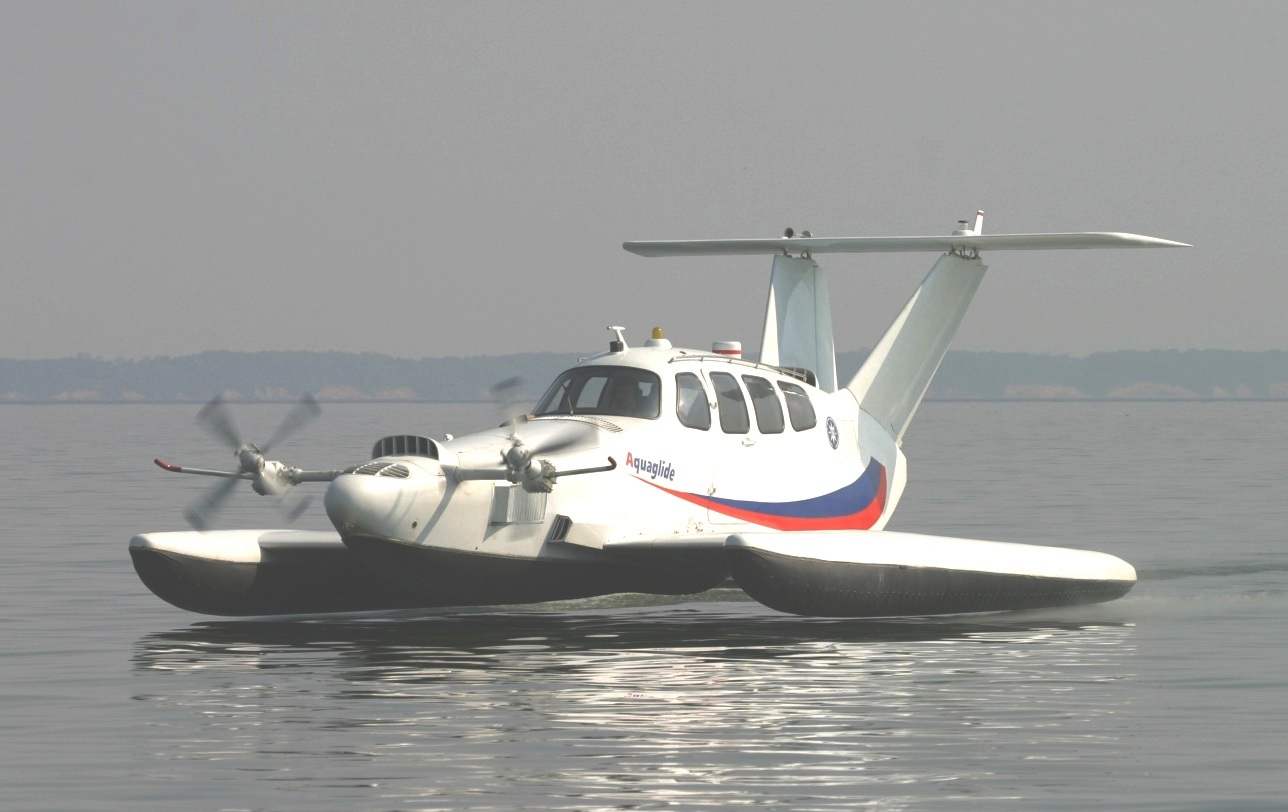 The wig was created with the support of the “Arctic tergovernmental company” in Nizhny Novgorod. “Aquaglide-5” performed by the classical scheme of the aircraft with low-aspect-ratio wing and twin fins. To facilitate take-off unit and output on a hard surface under his wing to create a static air cushion by blowing air from two rotary propellers. About 85% of the lifting power of the apparatus is created by the wing, and the rest — due to the dynamic air cushion. This allows to automatically maintain the altitude.

Since the unit is designed exclusively for the motion near the interface of two media, then it has no Elevator and the ailerons. To control the rate of in-flight aerodynamic the wheel is used, and for maneuvering on the water — to-water “Aquaglide-5” passed the test, received a certificate, prepared for serial production and can be used for the carriage of passengers and small cargoes, for communication, medical emergencies in different parts of the country.