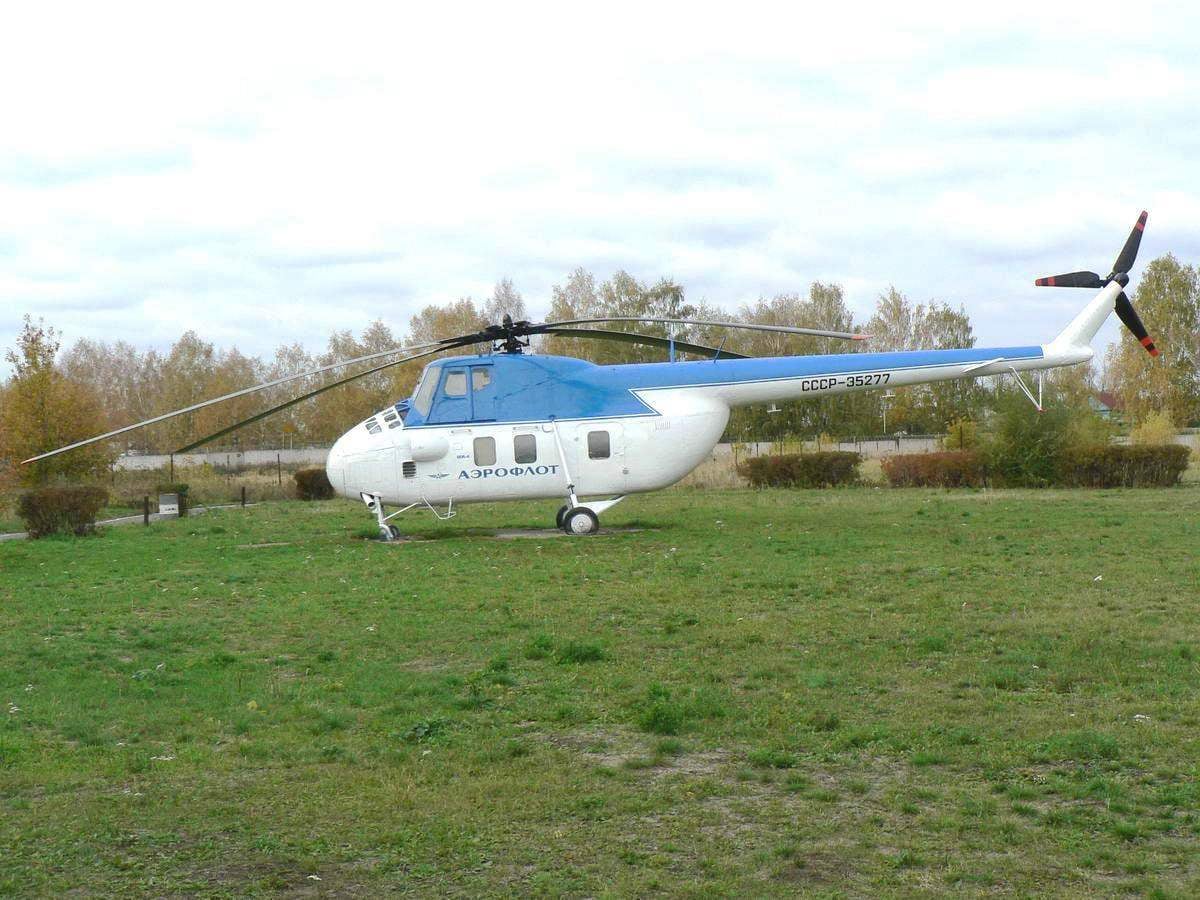 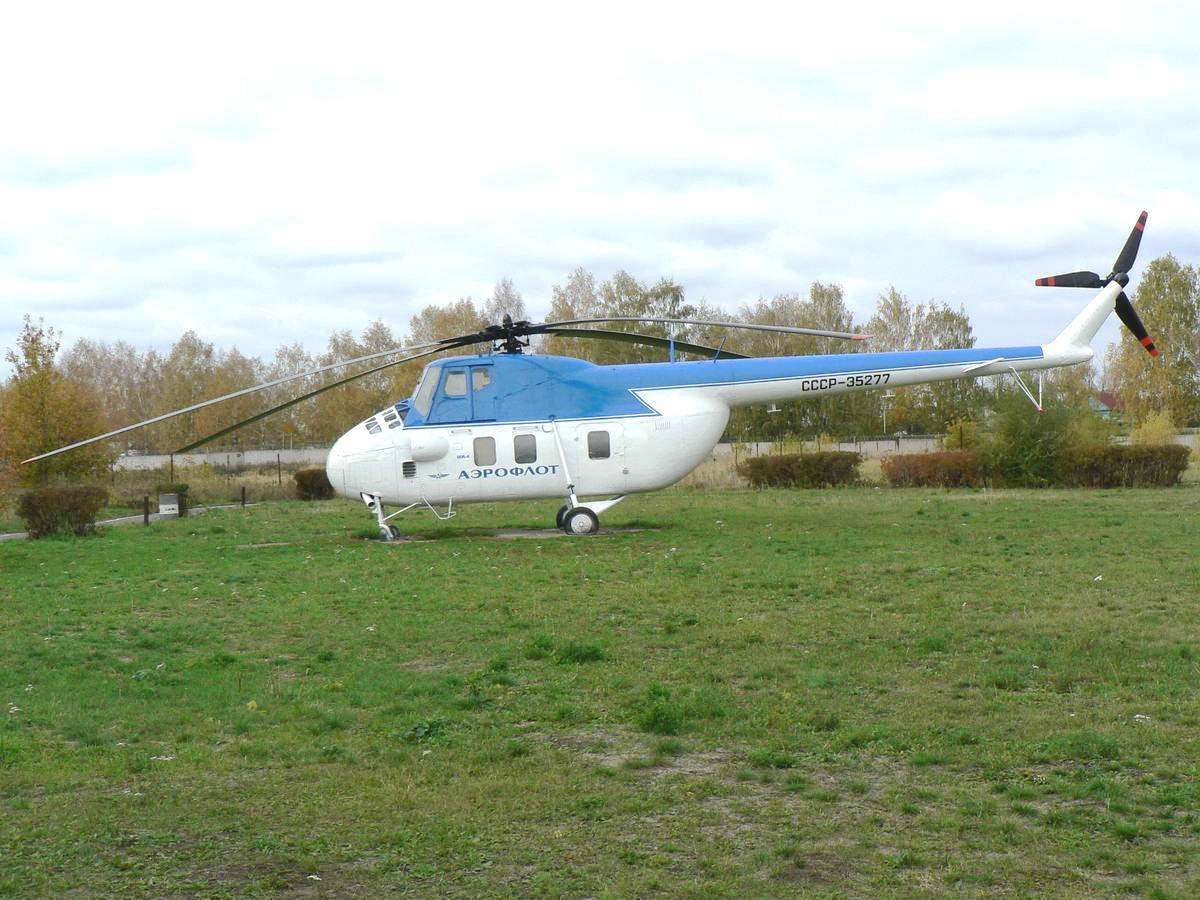 The appearance in the USSR Armed Forces helicopter Mi-4 with a lifting capacity of 2000 kg originally destined to transport paratroopers, immediately attracted the attention of numerous security forces, and GVF. Was no exception and the Navy. Before him opened a wide perspective on the use of Mi-4 not only for the delivery of paratroopers, but also to perform search and rescue operations at sea, minesweeping, search of submarines (the threat of which is constantly growing) and as a torpedo bomber.

First in 1953, created the anti-Mi-4M (there are designations Mi-4ВМ, VM-12). Unlike land of the Mi-4 And anti-submarine helicopter mounted radar SPRS-1 (“Kurs-M”) that is designed to search for submarines, were both above-water and submerged (at periscope depth) position, a set of 18 sonobuoys RGB-N IVA, lowered with a hand winch magnetometer APM-56, optical sight OPB-1S and up to 100 anti-submarine bombs PLAB-MK. Navigator-radar operator was located in the ventral gondola. On Board there was a aerial camera AFA-БА21С.
Mi-4M passed state tests and was recommended for serial production after elimination of the revealed defects. From 1957 to 1958 plant No. 387 in Kazan built 76 helicopters ASW Mi-4M. I must say that the use of these machines was not enough. They actually worked out different methods for search of submarines of the probable enemy, preparing personnel for future more advanced anti-submarine helicopters.
For this, as told to A. Artemyev, at first, the Mi-4M release and cleaning gondola with the magnetometer were carried out using a hand winch. To do this, the Navigator had received permission of the commander, go into the cargo compartment, install the winch handle and counting the revs, release the gondola, controlling her descent to the marks on the cable rope. Followed connect the electrical cable connector of the magnetometer. Only then began the search for the submarine. All this, including the rise of the magnetometer, time-consuming and require considerable physical effort. The flight speed of the helicopter and released the gondola was not to exceed 130 km/h.
To search for surface objects, including submarine moving at periscope depth with the device for operating the engine under water (RDP) at the shoreline, was intended very imperfect radar SPRS-1. The detection range of a submarine in this situation in calm, judging by the results of the testing locator does not exceed 20 km, and However calm the situation at sea is the perfect case, in fact, already at sea about 3 points detection range submarines did not exceed 5 km. SPRS-1 had another drawback — the very limited field of view and only forward. And when searching for the submarine angle scanning spot beam was limited to 150 degrees, when the direction finding of the target — not more than 30 degrees in the horizontal plane. There were difficulties with the recognition on the screen of the coastline.
Since 1957, the Mi-4M organization were formed into separate squadrons base helicopters PLO. In the same year, in accordance with the July 1958 decision of the government anti-Mi-4M equipped with sonar “Rion”, but further experiments did not get.
Two years later, on the basis of serial cars built in October was presented on state tests improved the basic anti-submarine helicopter, the Mi-4M radar “ruby-V”, sometimes referred to as Mi-4МР. In connection with the replacement of radar SPRS-1 for “ruby-V” has moved to another place, the receivers of air pressure sensors measuring the speed of flight, taxi and landing lights. In addition to the standard set proteininteractions and communication equipment, the helicopter was equipped with a set of sonobuoys RGB-N (18 pieces) — the main means of finding submarines, auxiliary magnetometer APM-56 with electric winch LPG-1 and the aerial camera AFA-БАФ21.
Like its predecessor, the Navigator was located in the ventral gondola with the device of emergency relief. In the end, all the modifications to the helicopter empty weight by 130 kg, and in the end decreased payload.
For anti-submarine warfare provided, in particular, bombs MPLAB-100, FAB-500 M-46, PLAB-5 00-300, ФАБ250МУ and ofab-100M. The maximum bomb load was for this option up to 1000 kg.
Leading on the stage of state tests was engineer P. Zakharchenko, and V. pilot Calihan. Tests of the Mi-4M, ended in the spring of 1960, showed that the car was almost equal to the technical conditions for the supply of helicopters in 1959 and the tactical and technical requirements of the air force and industry, to the radar device.
Suffice it to say that radar “Rubin-” after a brief debugging for reliability far exceeded SPRS-1. Sector review forward has risen to 250 degrees, although the rear hemisphere because of installed biological shielding is still not in sight. Station “ruby-V” allow you to confidently detect the coastline and major cities at a distance of 240 — 260 km, naval base — for 150 km and more, which together with the existing radio-navigation and communication equipment was allowed to fly in adverse weather conditions day and night, but when set for Mi-4 weather minimum. Surface ships such as destroyers were found on the removal of 150 km and submarines were at periscope depth and moving use RDP, — a distance of about 28 km.
Mi-4МР, although it was recommended for adoption at the armament as helicopter anti-submarine defense, but still required some refinement. 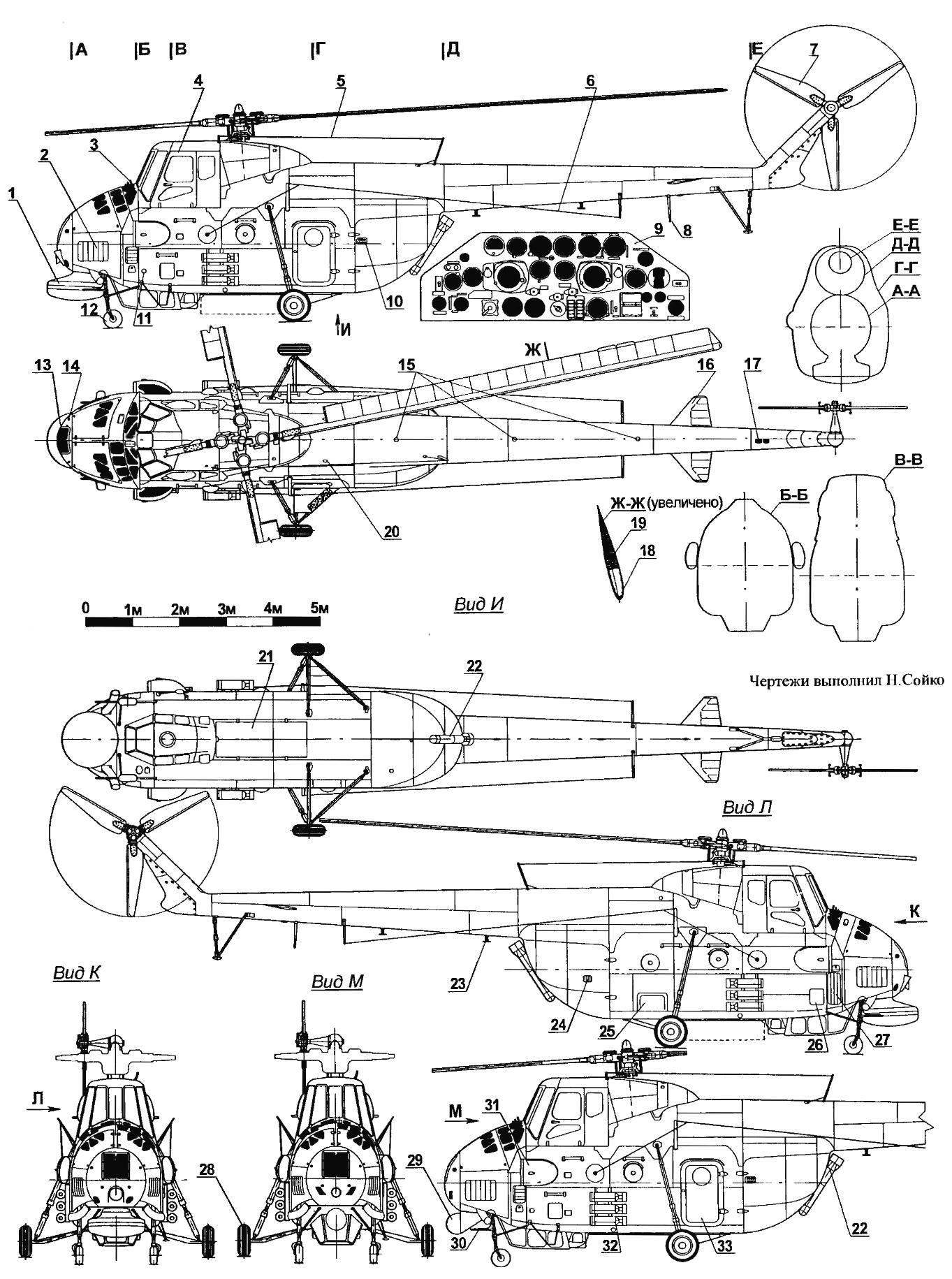