In early 1939, at the meetings of the military and industrial leadership of the Soviet Union repeatedly raised the issue of creating new types of fighters and about the increasing power of the aviation industry in case of war could not cope with the necessary volumes of deliveries of combat aircraft. The impetus for this was the analysis of air fighting in Spain, where it became apparent technological backwardness of Soviet fighters I-15 and I-16 from the new enemy aircraft, particularly from the German BF-109.

The plans for the construction of aircraft 1939 – 1940 there was a release of a number of new machines, the design of which began in almost all aviation design Bureau of the country.

In the autumn of 1939 was clarified requirements for new fighters. In the task indicated that the new machines were supposed to surpass their potential enemies by background characteristics. Ordered the fighters were divided into several types: high-speed single-engine, twin-engine high-speed and maneuverable.
High-speed fighter aircraft was supposed to equip two rifle-calibre machine guns with ammunition 1500 rounds per gun one 23-mm cannon or two heavy machine guns, ammunition 100 rounds or 500 rounds. Weapons maneuvering the aircraft remained machinegun. In addition, each fighter could carry up to eight rockets RS-82 and have the opportunity to install the bomb racks.
Maximum speed 650 km/h fighters had to develop at elevations from 3000 to 9000 m, and the range was supposed to be 600 km.
Lead role in designing an aircraft that meets all these requirements, played OKB of Nikolai Nikolaevich Polikarpov, who was considered to be the best designer of Soviet fighters of that time. Machines of this design Bureau was the basis of Soviet fighter aircraft and enjoyed the deserved respect of pilots.
More recently, in 1938, his creative team has put the air force fighter-biplane with retractable landing gear And a-153. But obsolete biplane scheme is, in principle, could not meet the requirements. Therefore, the main task of the Polikarpov design Bureau was the creation of a promising fighter-monoplane I-180. 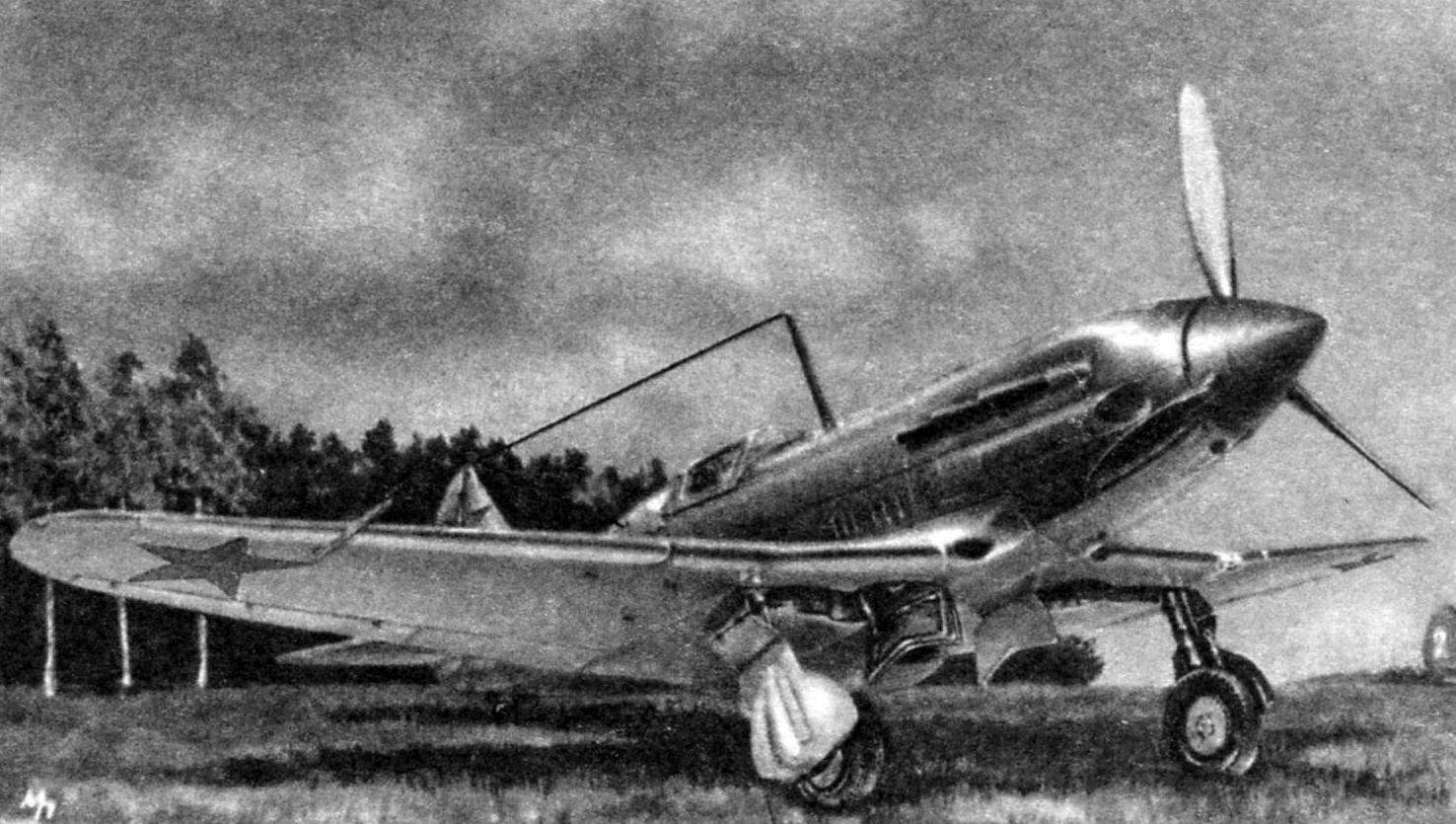 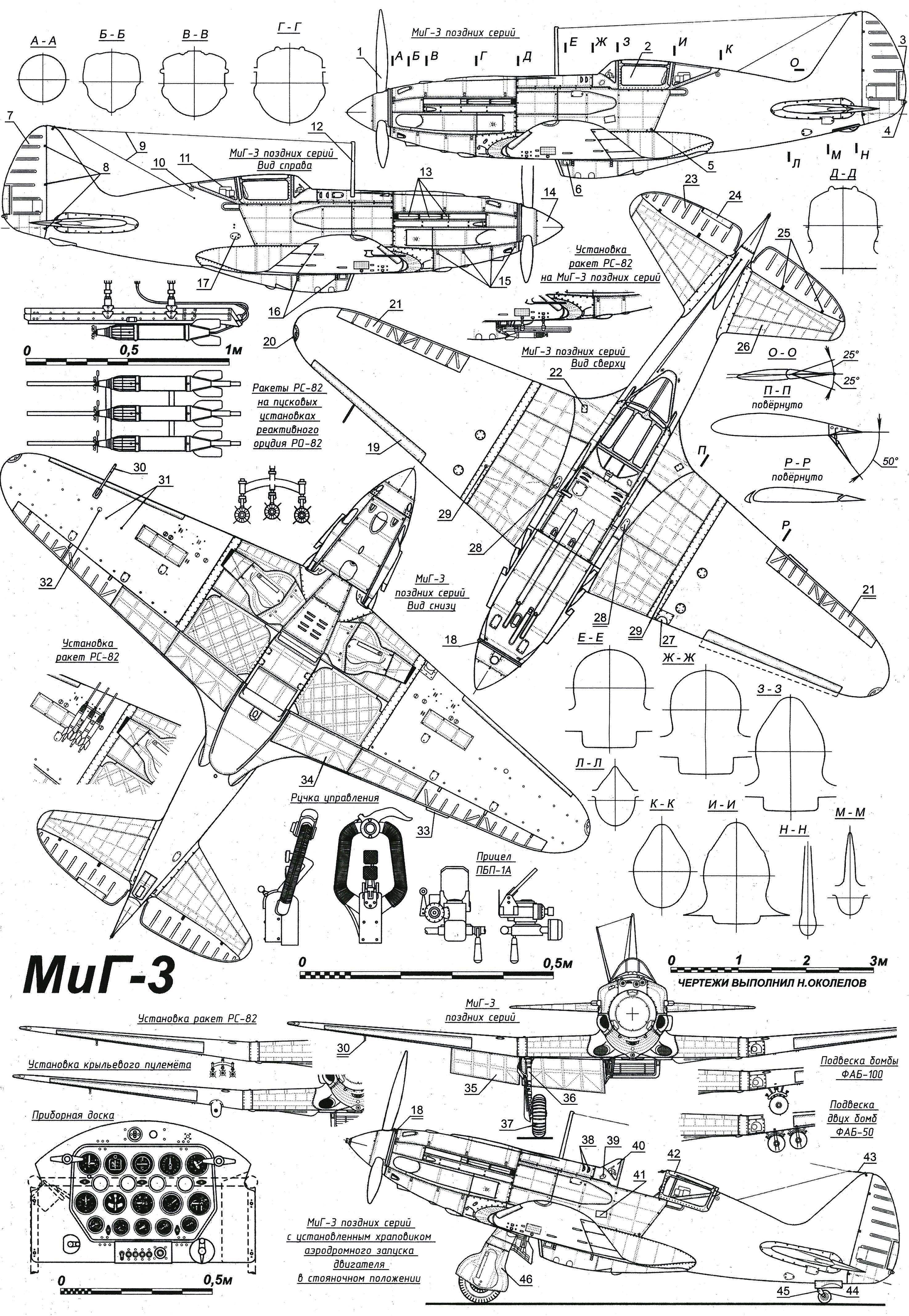 May 24, 1940 Arkady ECAT gained altitude 6900 m and accelerated to the speed of 648,5 km/h. This achievement did not go unnoticed, and after a few days, without waiting for the completion of the test, the fighter launched. On the instructions of the government by the end of 1940 plant No. 1 was to supply 125 serial fighters. In the meantime, improving the production cycle, the pilots continued to surprise everyone with their achievements. August 5, the second sample exceeded the speed of 650 km/h at 7000 m, and the motor worked in nominal mode. For maximum speed at altitude 2220 m a fighter jet flew at a speed of 579 km/h and at a speed of 605 km/h – at an altitude of 3630 meters.
August 18 the same year, at the aviation Day parade aviation, already hackneyed I-16 And I-15, rapid-200 made a strong impression.
Began public testing during which we were able to reach a speed of 628 km/h at an altitude of 7200 meters. However, the test pilots noted the low reliability of the power plant and some difficulties in administration, demanding to improve the stability in roll and pitch. Moreover, to improve the maneuverability And serial-200 is recommended to install the slats. The military wished to be armed, to increase the range from 650 to 1000 km and protestirovat fuel tanks.
In December, the name of the aircraft with removed comments and made wishes changed to MiG-1 and the first ten copies of the series sent to military trials. Variant with increased almost two times range called the MiG-3. All works necessary for that purpose, carried on the fourth prototype of the fighter. Around the same time at the disposal of the designers handed over the first flying motor AM-37. It was installed on the second prototype and was flown on 6 January 1941. In the first flight revealed many shortcomings of the engine, but to fix them failed. On 7 may, the aircraft crashed, and the fine-tuning of the AM-37 was continued in one of the serial MiG-3.
The production MiG-3 with engines AM-35A began on 15 December 1940. The production version differed a new cooling system engine and an extra fuel tank of 250 L. To preserve the alignment of the engine shifted forward, which mount had to be lengthened by 100 mm to improve stability of transverse V wing panels increased by 1°. As a result of improvements take-off mass production of fighters increased by 250 kg., Respectively, decreased the rate of climb deteriorated and landing characteristics. However, aerobatic, high speed and high quality MiG has improved somewhat.
In the spring of 1941 the air force was 660 MiG-1 and MiG-3. But before the war this number was not considered sufficient, and the decree of the Council of people’s Commissars of the production aircraft ordered to increase. As of June 1, was built in 1094 machine.
Despite the fact that “MiG” is constantly improving, to completely get rid of identified test defects and failed. Drill the pilots noted a lack of stability, weak chassis design and the many defects in the power plant, what great confidence the pilots of the plane didn’t use and retraining of pilots of I-16 And I-15 on “MiGs” was hard.
By the beginning of the war fighter units in the Western military districts had 917 “MiGs”, which accounted for roughly a quarter of all Soviet fighters. 48 hours after the attack the Germans in the ranks was 384, and the rest were destroyed mostly on the ground as a result of enemy aircraft attacks and his technical staff during the retreat. And a few of the MiG-3 was in the hands of the enemy absolutely in good condition.
Air battles were few, but they are fully manifested constructionproduction defects, especially in her arms, forcing pilots to go to desperate steps and RAM the enemy aircraft. It is believed that the first aerial ramming during the great Patriotic war was carried out exactly on this type of a fighter.
The loss of personnel and equipment forced to throw in the most valuable footage of test pilots from the air force research Institute and design Bureau, which had a great flight experience and piloting skills. Forming six pieces of special purpose.
Two aviation regiment (401 and 402) was armed with MiG-3. The first was commanded by Hero of the Soviet Union, Colonel S. P. Suprun, second – Lieutenant-Colonel P. M. Stefanovsky, a prominent Soviet pilots of the time.
401 regiment went into battle in the first days of July. Pilots of the regiment fought against superior enemy forces in the district of Orsha, and then at Vyazma. In 44 days of fighting, they shot down 56 enemy aircraft, but lost 28 of its pilots, including the commander – Stepan Pavlovich Suprun. The circumstances of his death are not precisely known. Command of the regiment accepted the Colonel K. K. Kokkinaki, who on his MiG-3 shot down four enemy aircraft in person and three in the group. August 13, 401 regiment was sent to re-form, and test pilots have returned to work.
402-th regiment went into battle July 2 in the Pskov region. Until August, his pilots shot down 27 enemy planes, but lost almost all of its (by mid-July there were only three serviceable MiG-3). After the reorganization of Moscow, the regiment returned to the front in 1942, it was rearmed with Yak-1.
Other parts of fighter aircraft, flew the MiG-3, also heroically fought the enemy; almost all a number of aerial victories have outnumbered the losses.
Among the many pilots who flew the MiG-3, it is necessary to highlight the future of the legendary ACE Alexander Pokryshkin, who fought in MiGs until the end of 1942 and only for the period was down around 15 Nazi planes.