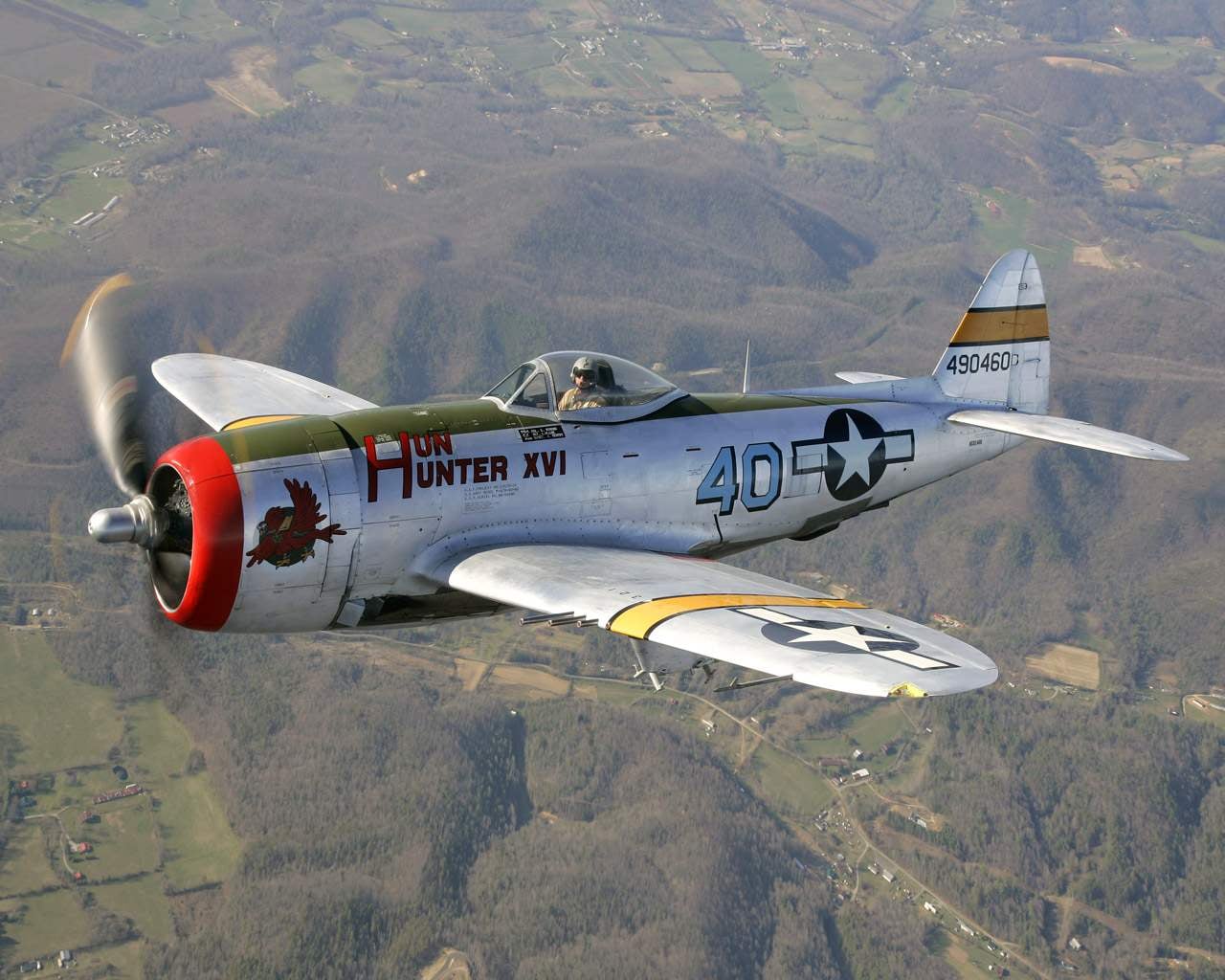 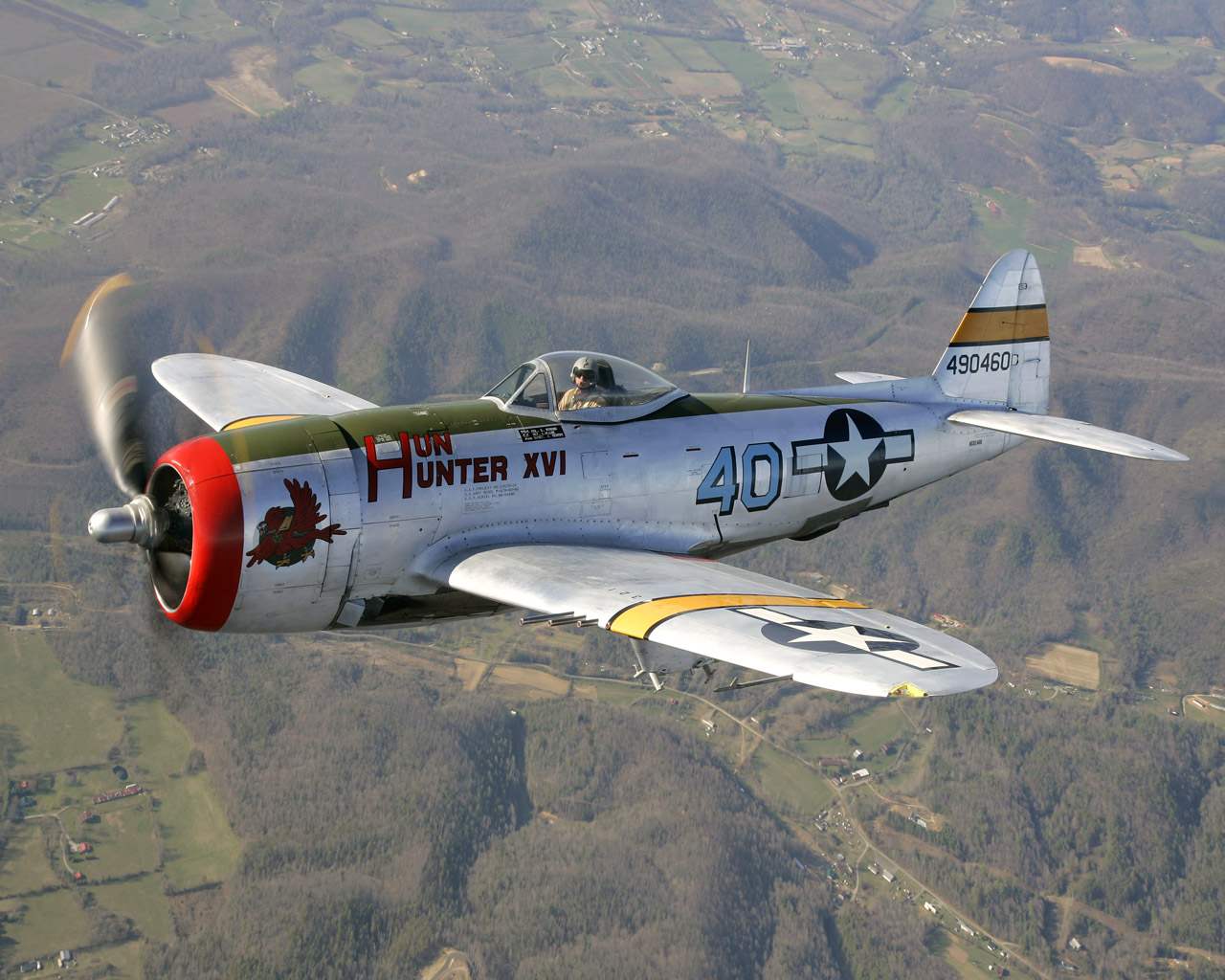 The American aircraft company Republic Aviation Corporation, which specialized in the production of military aircraft, was founded in 1931 under the name of Seversky Aircraft Corporation. The most famous pre-war aircraft company became a long-range fighter P-47D THUNDERBOLT.
The prototype aircraft first took to the air in may 1941. The car was equipped with the engine company Pratt and Whitney power of 2000 HP with a turbocharger driven by exhaust gases. Armament of the fighter consisted of a installed in a wing of eight 12.7 mm machine guns.
In early 1943, aircraft were sent to Britain, and in April they took part in combat operations in support of bombers b-17. The planes were very popular among pilots due to the high survivability. The car was produced in several modifications, among which the most famous was the P-47D with a shortened fuselage and a teardrop canopy pilot, built in 12 602 copies.
P-47D THUNDERBOLT served in Europe, the Mediterranean, the far East, in Burma. At the end of 1944 in Europe received the upgraded P-47M with a new turbocharger, develops a speed of up to 762 km/h To accompany b-29 bombers over the Pacific ocean was produced jet fighter, the P-47N with increased fuel capacity.
REPUBLIC P-47D THUNDERBOLT: length 11 010 mm, wingspan 12 430 mm height 4320 mm, wing area 27,87 m2 takeoff weight of 8800 kg, engines R-2800-59 power of 2300 HP, maximum speed 689 km/h, the range of 2028 km, a ceiling of 12 800 m crew: 1 person armament of eight 12.7 mm machine guns and two 454-kg bombs.