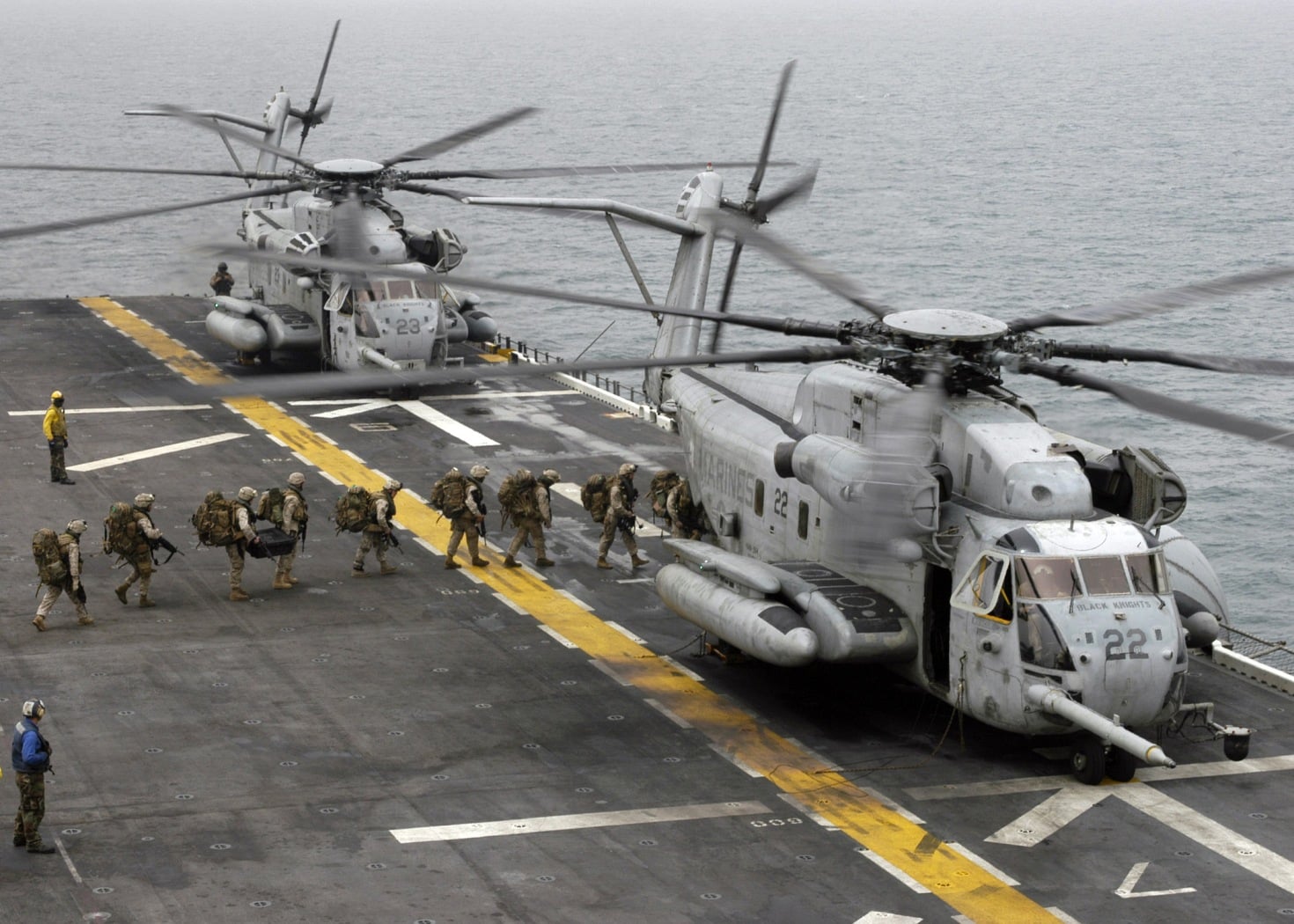 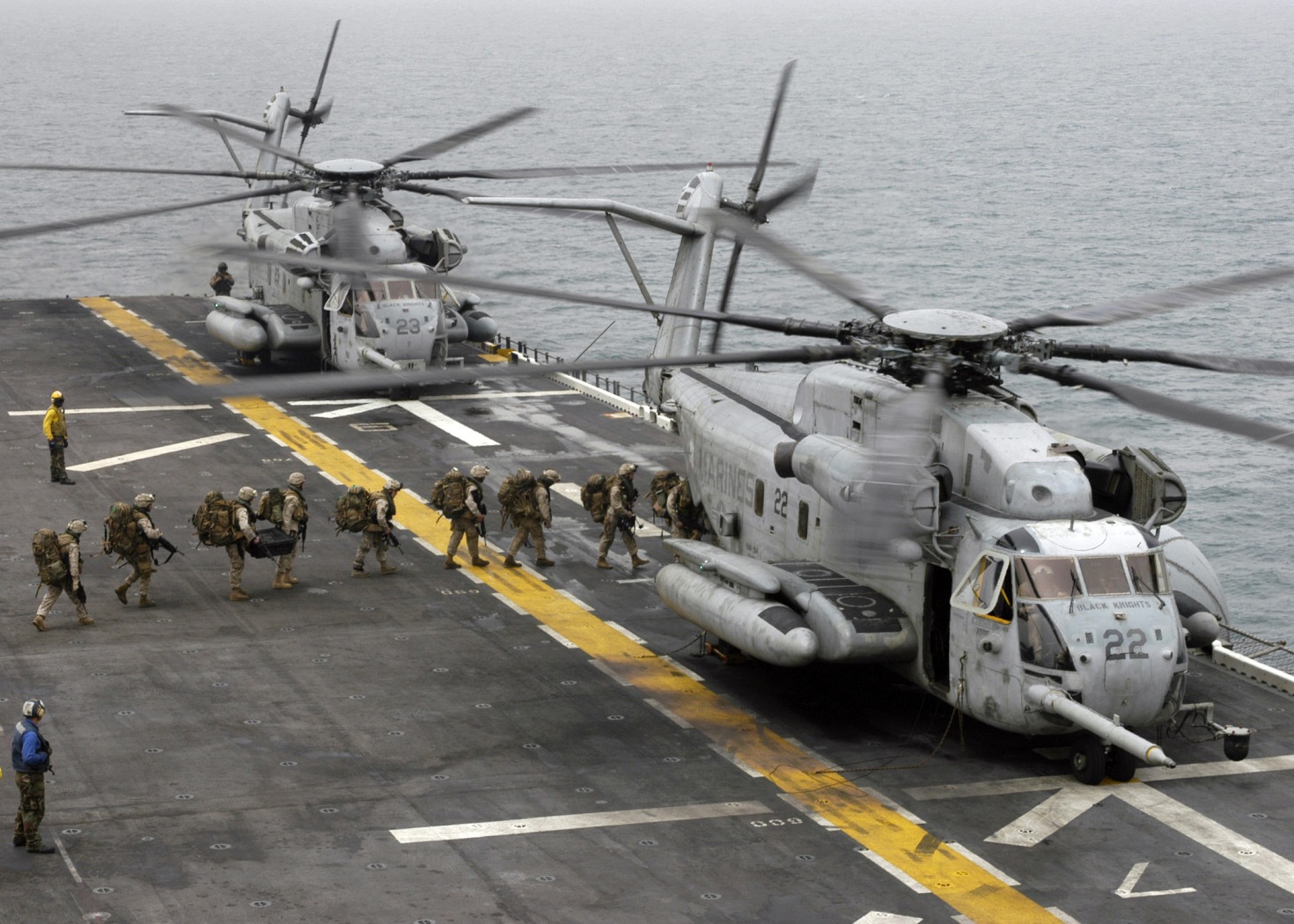 The first flight of the new helicopter, designated V-65, was held in October 1964. This car was designed as a replacement for the aging transport helicopters amphibious S-61 in marine corps of the United States. S-65 had the floats and it can be loaded through the rear hatch even afloat.
Unlike its predecessor, the new helicopter blades can be folded along the fuselage, which allowed to place the machine in the hangars of aircraft carriers. The spars of the blades were made of titanium alloy. Tricycle landing gear with retractable stanchions.
On the basis of the S-65 was released quite a few modifications. The first, called the CH-53A Stallion and was intended for marine corps: the helicopter could carry 38 paratroopers, or 24 wounded with four accompanying.
With the establishment in 1967 of a series of helicopters with a crew of six people were taken into account the experience of fighting in Vietnam. On the machine set three machine guns, 20 mm cannon, and a system of refueling in the air, as well as more powerful engines.
This was followed by the variants G, D and N, and each subsequent engines had more power and therefore a greater load capacity.
In the 70-ies of the firm Sikorsky in accordance with the terms of reference of the Navy once more upgraded S-65. In this vertical thrust has been doubled by installing a third engine and seven-bladed rotor. The upgraded cabin of the helicopter, dubbed SN-53Н Super Stallion, had a capacity of 55 paratroopers. A version of this aircraft called MH-53Е Sea Dragon is a mine sweeper, a characteristic feature of which is improved floats, containing 12 to 100 l of fuel.
SIKORSKY MH-53Е SEA DRAGON: the diameter of the rotor 22 020 mm; the maximum speed of 270 km/h; cruising speed 150 km/h; working altitude above the sea 30-50 m; load capacity (on external sling) 13 600 kg; powerplant — three engine T-64-GE-416 for 2298 kW; crew 3-4.