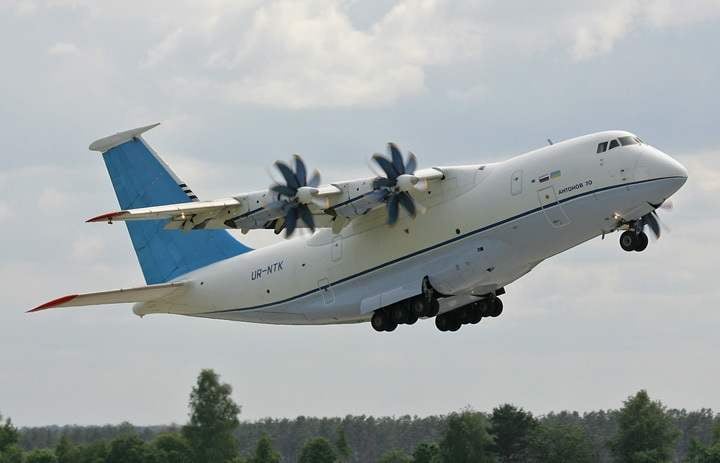 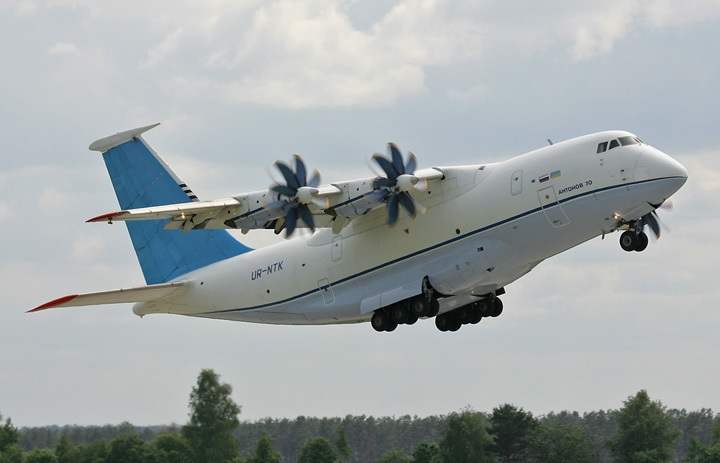 The development of military transport aircraft (MTC) An-70 intended to replace the An-12, began in 1986 After seven years of tactical and technical requirements specified, wherein, based on the need to transport a medium tank, the maximum capacity of the machine increased up to 47 T. the Peculiarity of the aircraft were four gas-turbine engine with coaxial propeller-fans and fly-by-wire control system In aircraft design is widely used composite materials. The first flight of the An-70 took place on 16 December 1994 10 February 1995 and the plane crashed. To continue testing built a second model, testing and refinement which is ongoing.