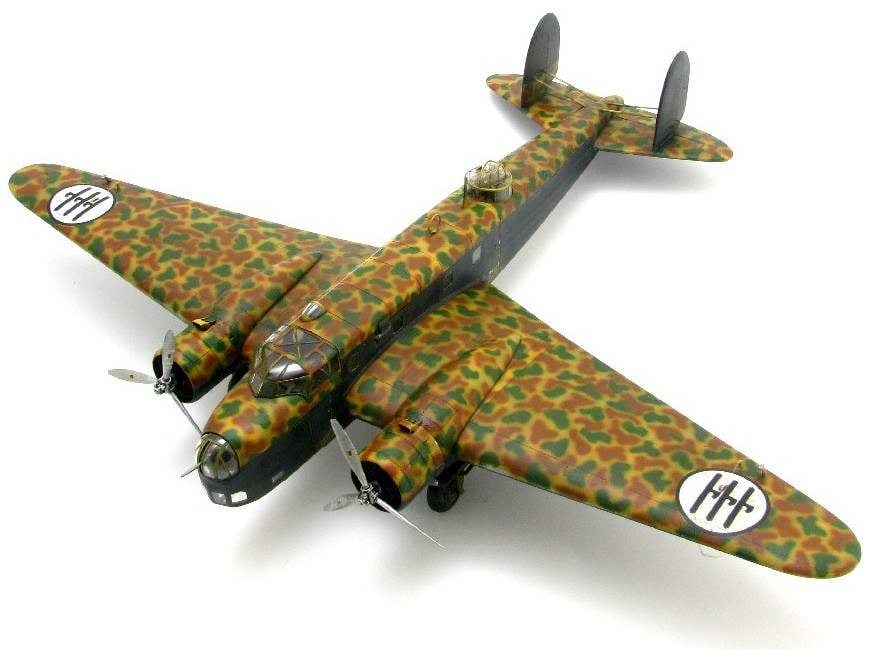 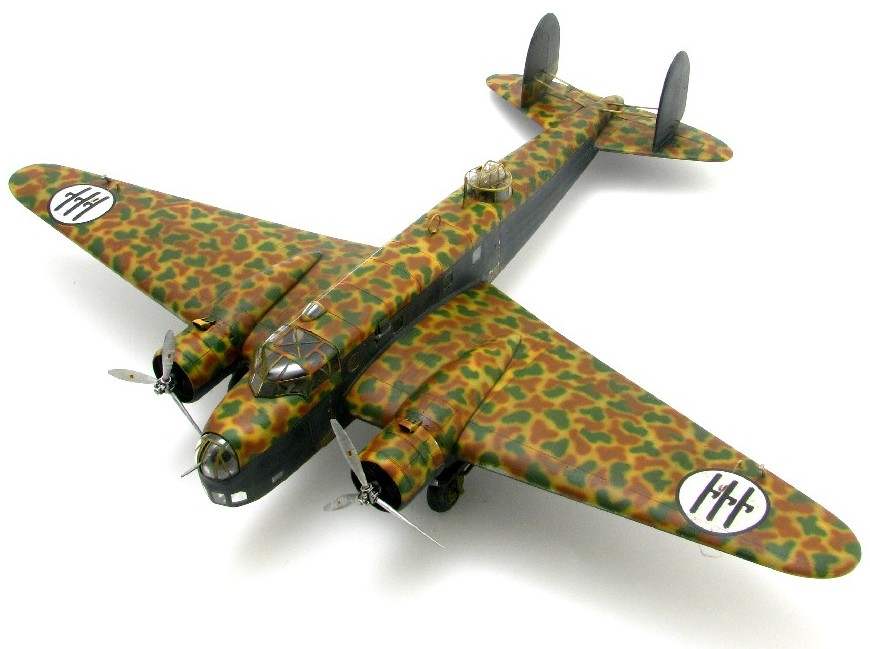 An Italian bomber FIAT BR.20 Cicogna. Italian aircraft FIAT BR.20 Cicogna (Italian. — AIST), created in the prewar years, engineer, Celestino Rosatelli, differed from the other two-engine bombers in service with the Italian air force. He had a successful design was completed with the most modern equipment and could carry an impressive bomb load. Combat patrol bomber began in the skies of Spain and ended with the end of world war II on the allied side of Germany, the Italian air force.

In the autumn of 1935 the air Ministry of Italy announced a competition to create a twin-engine bomber of medium range, which needed Italian air force. According to the contest conditions, the aircraft should have a maximum speed of 385 km/h and can carry 1200 kg of bombs to a distance of not less than 1000 km, the competition was attended by the firm Breda, Cant, Caproni, CMASA and Piaggio, who presented respectively the planes: VA.82, Z. 1011, Sa.135, EGA and R. 32.
Thanks to the experience obtained Rosatelli and his team in the creation of a twin-engine commercial aircraft A. P. R. 2, prototype bomber BR.20 (serial number MM.274) was built in record time. 10 Feb 1936 test pilot of the firm Enrico ROLANDI plane lifted into the air from the factory airfield in Turin.
During comparative tests, the car has received from pilots and flight confirmed the declared characteristics.
New sight mounted on the bomber, allowed to make a bombing altitude of over 4500 meters, with the deviation from the target was not more than 11 metres. The maximum speed achieved on tests that exceeded specified in the job and amounted to 432 km/h at an altitude of 5000 meters.
September 25, 1936, the first production aircraft was transferred to the 13th bomber regiment (13 Stormo Bombardamento Terrestre). The second division, in the arms of which began to receive new aircraft, became the 7th Stormo Bombardamento Terrestre.
Crews moved to BR.20 bomber SM.81, immediately felt that the new aircraft is structurally more perfect. Pilots and technical staff with great enthusiasm mastered BR.20.

Bomber FIAT BR.20 Cicogna from 230 squadron of the Italian Legion in the skies of Spain. 1938 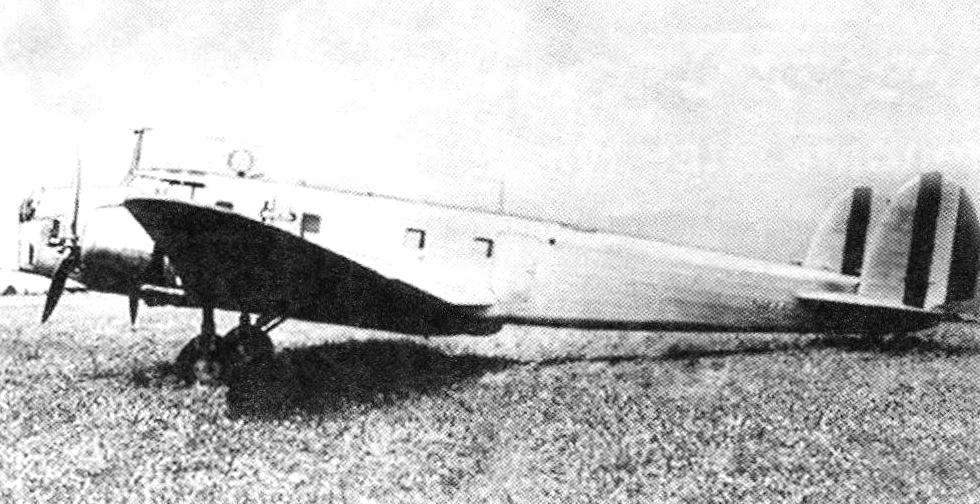 Prototype FIAТ BR.20 Italian air force in the “civil” painting. 1936
However, a new bomber during its trial operation began to show a previously hidden defects. So mounted on the aircraft engines Fiat A. 80 was unreliable and frequently refused. In addition, some modes of operation of the motors had excessive vibration motor and the power elements of the wing structure. Had problems with turrets and DR installed coaxial 7.7 mm machine guns Breda Safat. To the whole, often denied electrical release gear. But all of the identified deficiencies have been fast enough to resolve, and by February 1937 the Italian air force was armed with twenty BR.20 received by this time the name Cicogna.
In 1937 the leadership of fascist Italy who sought to conquer the authority in Europe and the world, invited the air force to submit two BR.20, just released from the Assembly shop, air races Easter — Damascus — Paris. Previously with the aircraft under the designation BR.20A, removed all weapons and a completely redesigned nose section of the fuselage. Fuel capacity was increased from 6100 to 7700 litres.
One of BR.20A with the registration code I-ROBO at the distance of 2921 km showed an average speed of 399 km/h and took the sixth place, the second code I-GAQU finished seventh. The crew of I-8 (the race number of the aircraft I-ROBO) was Colonel of ROLANDI, Colonel Bonini and assistant Rossi. The crew of I-10 (racing room I-CAQU) amounted to Lieutenant Gaeta, Lieutenant-Colonel of the Quest, Lieutenant, and Sergeant Coppi Bordoni. To the chagrin of pilots, both cars during the race had problems with the chassis that did not allow them to win the race.
To evaluate the possibilities of using aircraft in conditions of high temperatures and a large dusty desert in June 1937, a few BR.20 was sent to the 14th Stormo, stationed in Benin (Libya), two more cars joined the 15th Stormo in Castle Benito. In the difficult desert conditions, the bomber proved to be quite a reliable car.
But the first serious military challenge that befell BR.20, became involved in the civil war in Spain.
Spain
In August 1937 the first six bombers from the composition of the 13th and the 7th Stormo Bombardamento Terrestre was transferred to the airbase of Guidonia, where they were preparing to fly to Spain to together with aircraft the Breda BA.65 to be part of the 35-th high-speed bomber group (Gruppo Bombardamento Veloce), the Italian aviation Legion (Aviazione Legionaria). Machine prepared to be transported to Spain, had serial numbers: NC 2, NC 16, NC 23, NC 26, NC 29 and NC 30.
The bombers flew to the airbase in Tablada with one intermediate landing. When landing in the Tablada a plane number 16 NC internally demonstrated the strength of the design have been engine failure, after which the bomber abruptly “failed,” and touched the ground before the start of the runway. However, he blew a few caught in his way of orange trees. After inspection of the aircraft revealed that structural damage in his absent, except for a few scratches on the front edge of the wing.
4 Sep 1937 BR.20 flew to the airfield Soria, located closer to the river Ebro. In this area were the goal, which was supposed to use the bombers. From BR.20, consisting of 35-second speed bomber group formed 230-squadron (Squadriglia), under the command nello Brambilla. Bombers Breda BA.65 became part of 231 squadron under the command of Giulio Fanelli. At the same time, BR.20 received the code of “23” and tactical numbers from 21 to 23.
Flight performance of aircraft BR.20 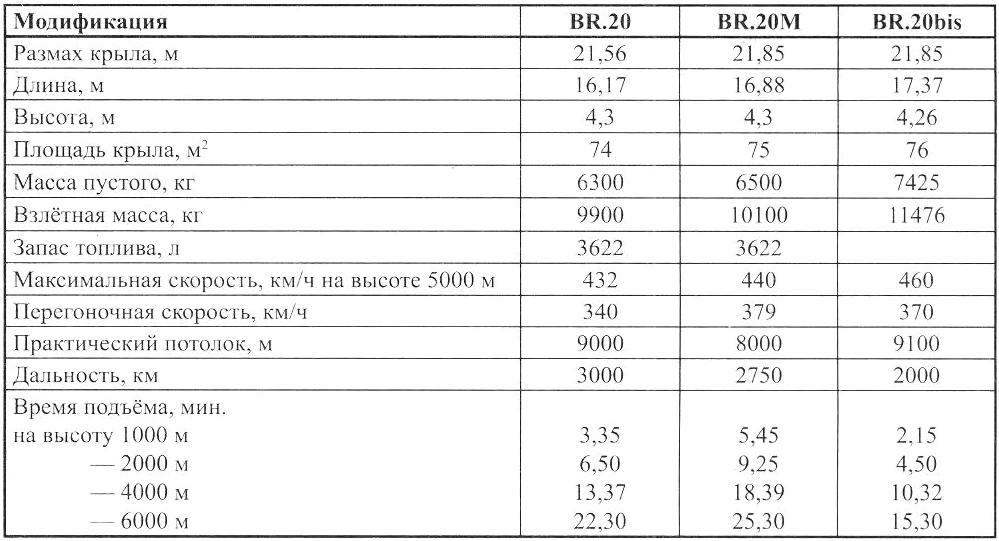 November 26, after a month of trial flights over the combat area, 230 squadron again changed the airfield, flying to the base of the Tu-case. Two days later, the bombers joined in the battle doing his first flights in support of ground troops, defending.
5 December six BR.20 went to the bombing of the Republican troops. Aircraft operated without fighter cover. At an altitude of over 4000 meters the need for fighter escorts were no longer required, since the bomber had the advantage in speed over any Republican fighter, with the exception of the Soviet I-16. Successfully bombed the Republican purposes, all aircraft without loss returned to their base. The attempt of the Republican I-15 attacking bombers was inconclusive. In this area the squadron operated until February 1938.
During the fighting, the plane received positive feedback from pilots. It was noted the stability of the machine, precision bombing and high speed. All of this enabled the bomber to operate from high altitudes without fighter cover.
By the end of may 1938, 230 squadron has made 267 sorties for reconnaissance and bombing, flew in this 2052 hours and dropping on the enemy 580 tons of bombs. For all the time the squadron had no combat losses. Only one car was destroyed on landing as the result of pilot error.
In 1938, the main events unfolded in the area of the river Ebro. Active participation in the fighting on this front took and BR.20 230 squadron. With the purpose of approach to the area of the fighting 4 June 1938, 230 squadron flew to the airfield Puig Morena.
In June-July the main task of the BR.20 became aerial reconnaissance as the front line and the objectives in the deep rear of the enemy. The aircraft mounted cameras AGR.61 allows to obtain high-quality images with heights over 3000 meters. Used bomber and for its intended purpose.
The success of the combat use of the aircraft was forced to increase the number of BR.20 in Spain. July 14, from the airport of Viterbo in Italy soared seven additional Cicogna, the entrance to this part of the 7th Stormo Bombardamento Terrestre.
All seven of the bombers belonged to the second series differed from those already fighting at the front. Mainly changes were made to the weapon system. The aircraft acquired a new top turret in which was mounted a 12.7 mm machine gun (instead of two 7.7 mm caliber), and advanced lower retractable machine gun mount.
During the flight, the bombers made a stopover in Palma de Mallorca, pausing there for five days. Only July 19, BR.20 landed in Moreno.
With the arrival of new aircraft, in the 35th Gruppo Bombardamento Veloce was reorganized. The command of the group took Colonel Hugo Rampelli.
July 21, new bombers, together with BR.20 and VA.64 composition of 230 th and 231 squadrons participated in the RAID on targets near the cities Segale and weaver.
25 Jul 230 squadron suffered its only combat loss. When the bombing of a bridge in the town of Flex in one of the planes consists of 75-mm anti-aircraft shells, with the crew consisting of captain, Lamberto Frattini, major Moreau and Sergeant Ceruti died.
6 Aug all able to rise into the air BR.20 participated in a massive RAID on the Republican crossings and bridges over the river Ebro. While Cicogna dropped sixty 100-kg bombs.
Such bombing committed on 7 and 12 August, helped to thwart the advance of the Republicans. In the days that followed, BR.20 bombing of the Republican parts, particularly the air attack was subjected to the international division of “Lister”.
Flights of bombers were performed at altitudes of 4,000 to 4,500 meters. A good sighting equipment allowed the crew even from this height to put a 50 kg bomb right on target, although in some cases the positions of the Republicans and Franco were just a few tens of meters.
At the end of 1938 the division of BR.20 took part in the reflection of the latest Republican counter-offensive in the area of Barcelona. The fighting here ended January 26, the capture of the city by Franco.
Early in 1939, 230 squadron supported the air offensive of Franco to Toledo and Valencia. 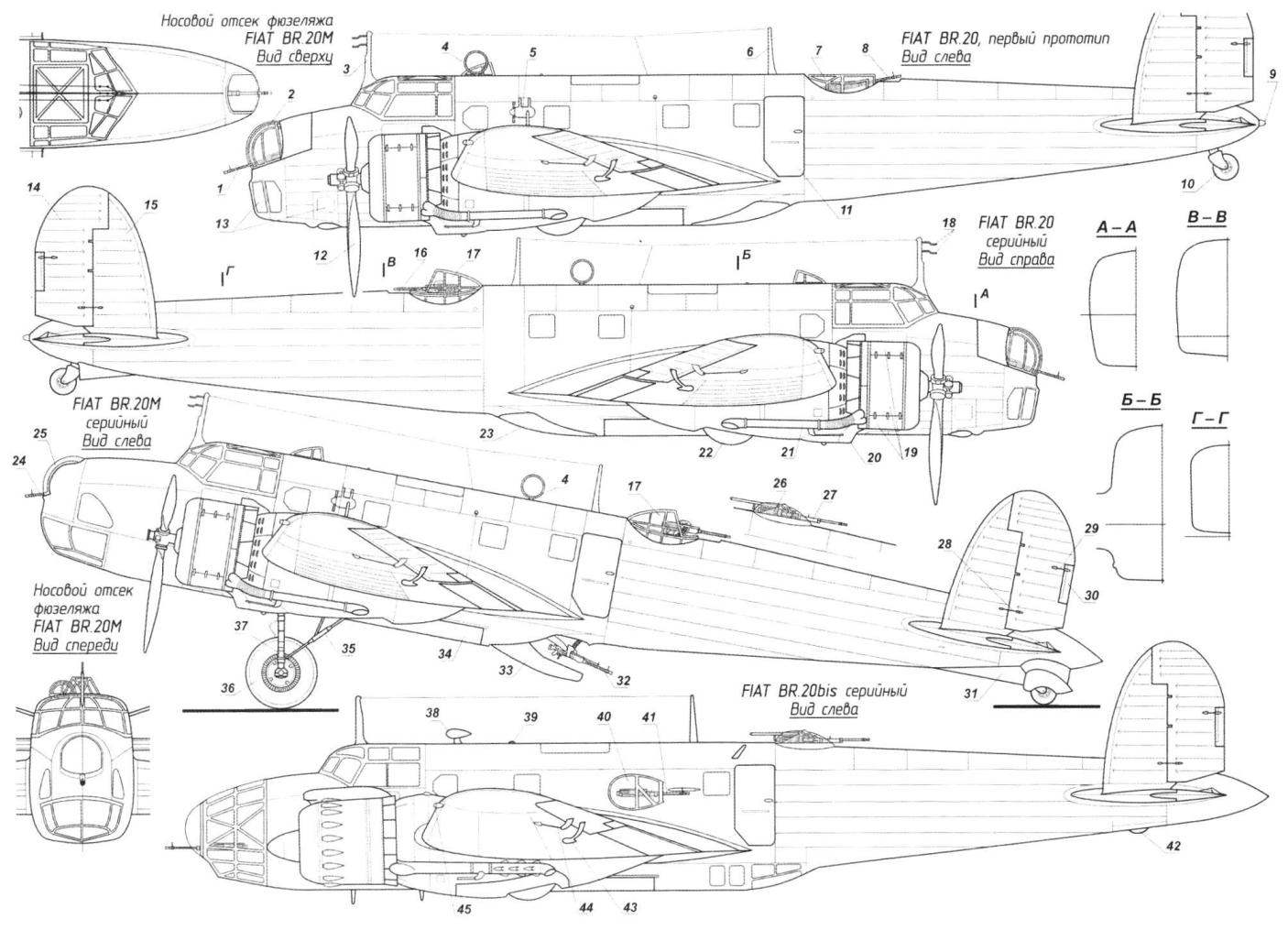 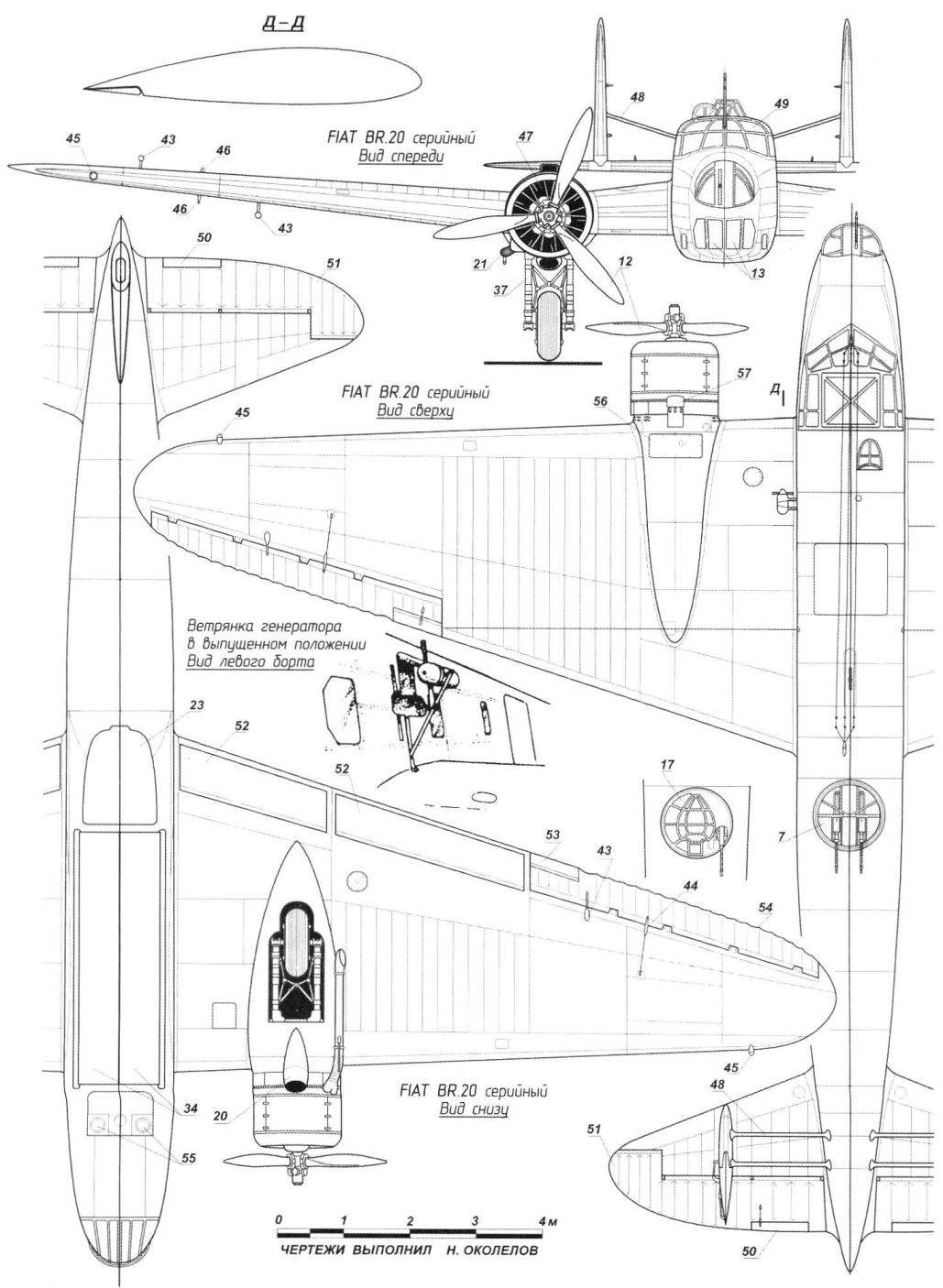 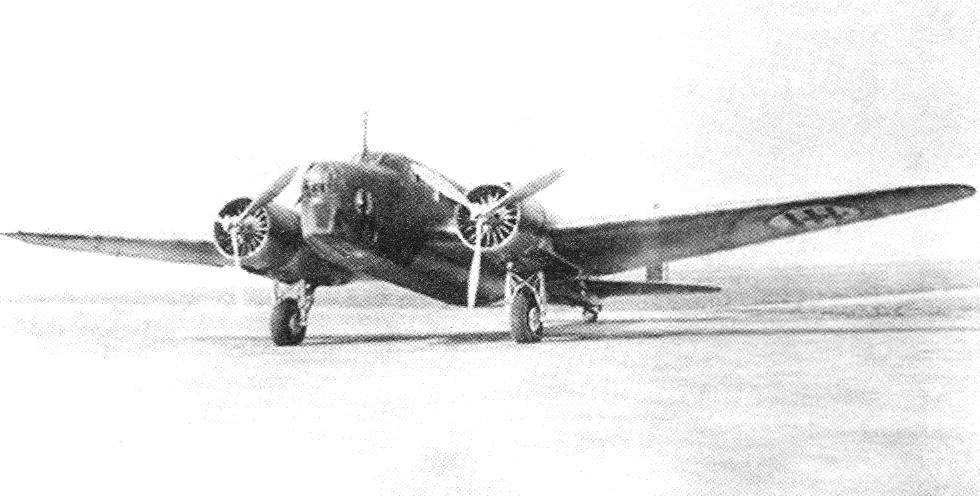 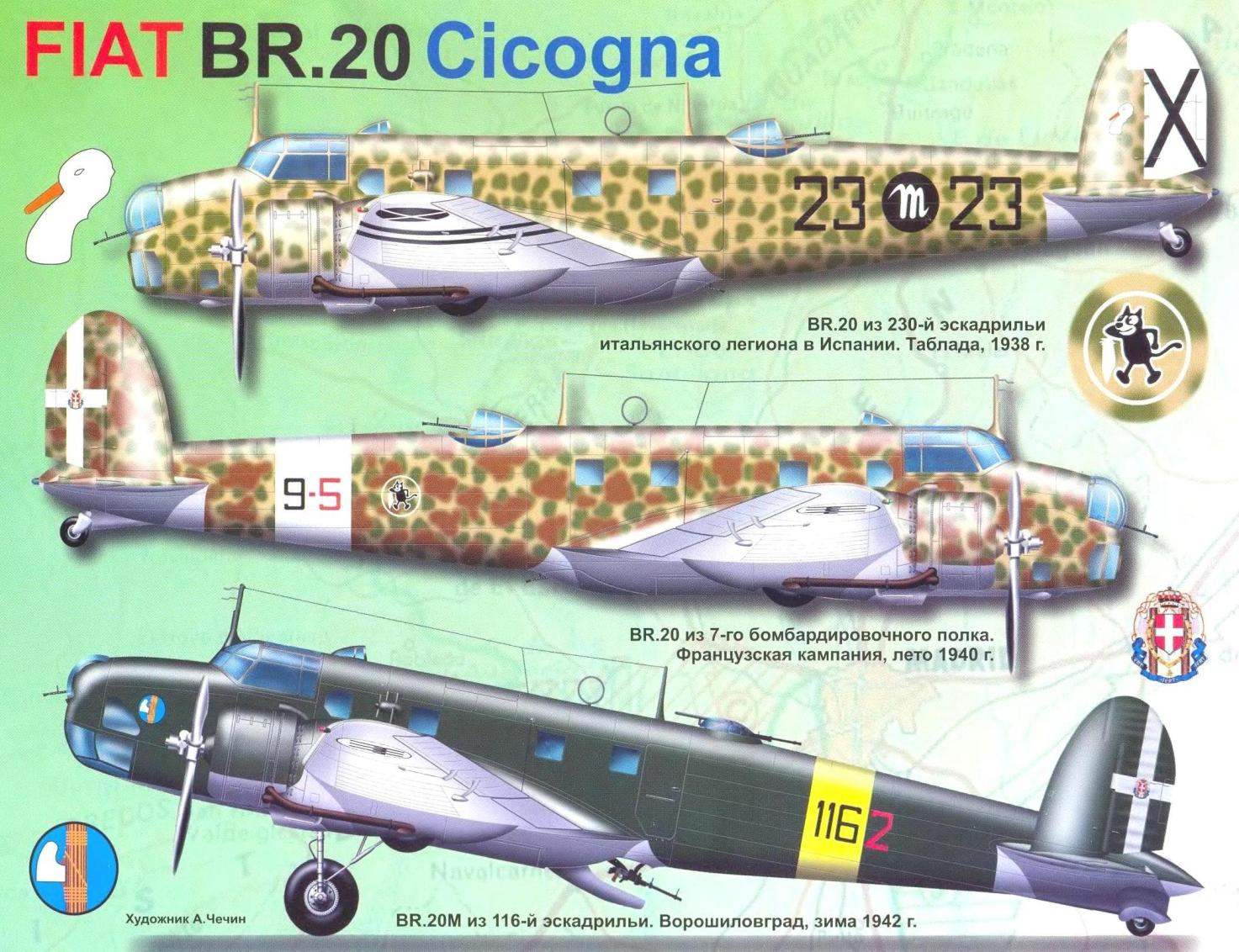