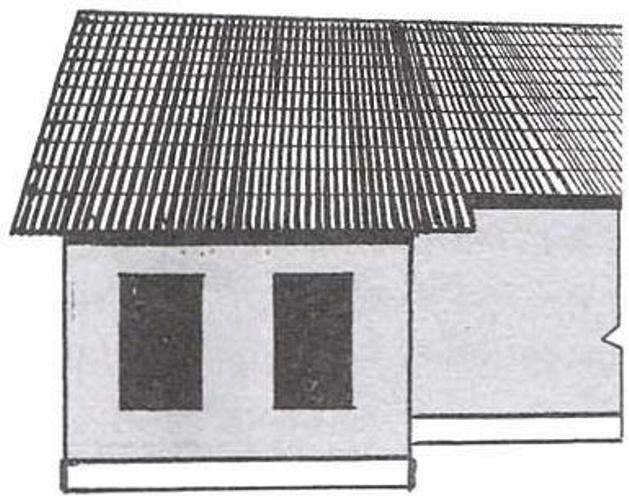 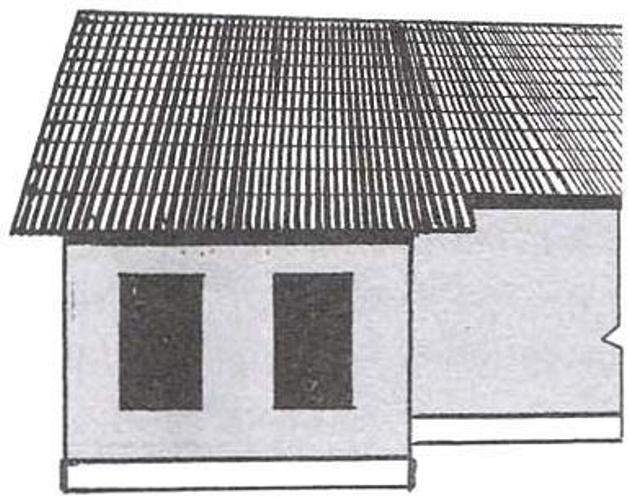 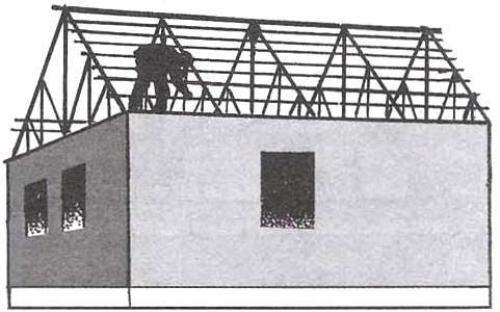 When early man left the caves and moved into the valleys and forests, the primitive housing steel construction with roof canopy, constructed from branches and animal skins. Centuries have passed, people have perfected not only the buildings but also the roof. A Scandinavian proverb says: “the Roof is the fifth facade”. Modern technology and a wide selection of construction materials allow us to make this element of a house is not only reliable, but also beautiful and easy.

Fantasy human tirelessly creates all new design of roofs (corrugated, Kiev). What happens in the world!

For example, in Germany erected the roof, which is three times above the walls of the house. A look at the Chinese or Japanese pagodas: they mischievously lifted to the sky the corners of their roofs. In the West, a very popular herbal coating of buildings: environmentally friendly, heat and cool. Many craftsmen use for their needs the available roof area, placing it solar panels or a water system is solar heated. In Fig.1 presents the most typical forms of roofs.
Despite the great diversity of their structures, still bearing truss-based roof is one. About it, we’ll talk.
In Russia apply a set of rules for design and construction SP 31-105-2002, the eighth section focuses on the roof. 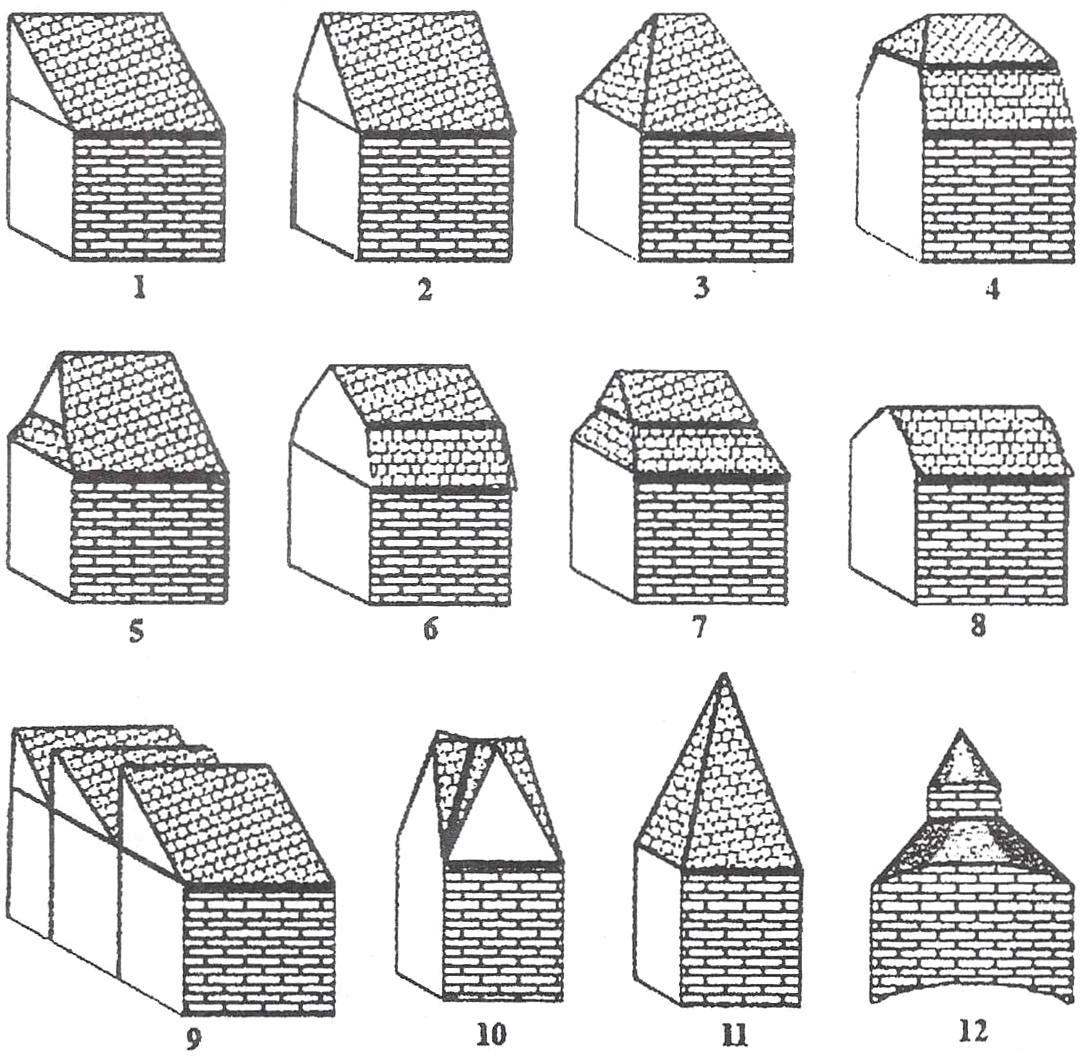 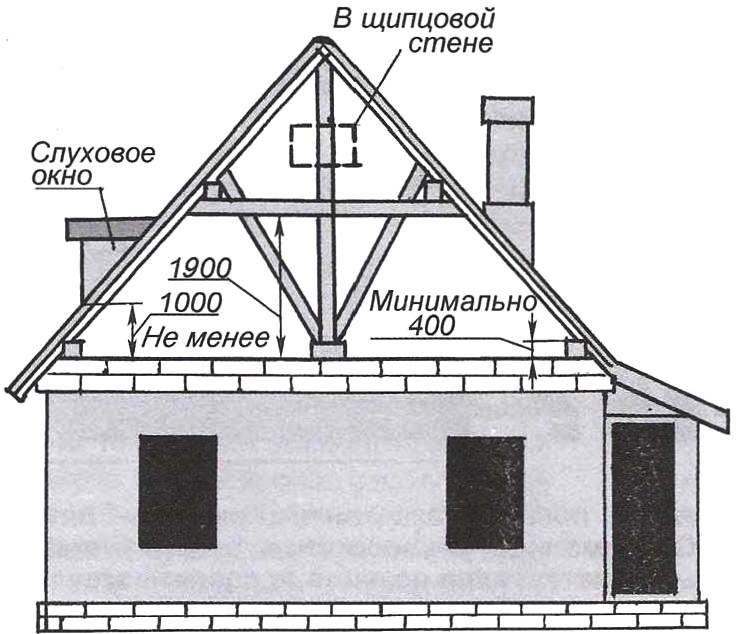 Fig. 2. Recommended standards for the location of some parts of the roof 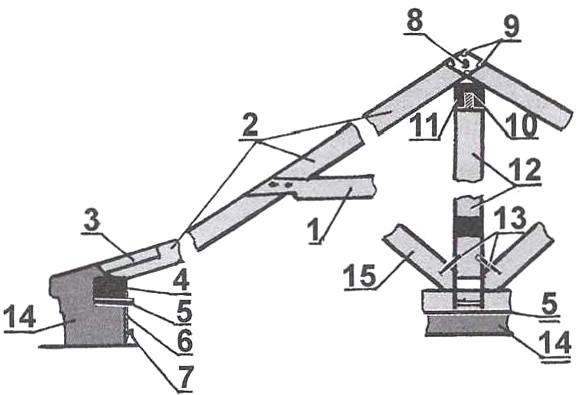 Fig. 3. Diagram of roof trusses:
1 battle; 2—stropilnaja a foot; 3—horse; 4—mauerlat (secondary beam); 5—waterproofing (roofing); 6—strand wire; 7—crutch; 8—bolt; 9—nails, 10—stud; 11—ridge beam; 12—stand; 13—bracket; 14—wall or column; 15—brace
In addition, for more detailed information, you can refer to the construction norms and rules (SNiP II-26-76 to part 2 Chapter 26), where we are talking about roofs.
So, what is the support for various types of coatings? All parts of the roof have special names. To further avoid confusion in terminology, we give a short list (Fig.Z — 5).
Rafters
Load-bearing construction of pitched roof; consist of sloping rafters, vertical posts and inclined struts. If necessary, tie them down horizontal podstropilnye beams. In General, this design can support roof slopes.
Truss
Girder construction of the system of parallel inclined beams (rafter feet) resting the lower end on mauerlat (Fig.6), and the upper on the ridge beam.
Filly
Sewn with nails to the rafter foot a short Board, which supports the eaves of the roof.
Skate
The upper horizontal edge of the roof formed by the intersection of two roof slopes.
Console
Part of a beam or other structure extending beyond the wall plane.
Mauerlat (secondary beams)
Timber which supports a sloping wooden rafters designed to distribute the load of the roof structure. Located on the top inner edge of the stone walls.
Crate
Bruski, boards, poles, planks placed across the rafters for a flooring thereon a roofing material.
Pilaster
A flat vertical ledge in the wall, treated in the form of columns (orders) for support of the roof.
Podelochnyj (quest)
Located between the carrier beam and the support posts are pieces of timber. Designed to distribute vertical load.
Brace (brace)
Construction element that connects the two nodes frame, trusses, rafters. Located diagonally closed loop provides the rigidity of the structure.
Rigel
Horizontal element of the building structure (beam, girder). The frame connects the uprights, frames — support, roof — rafters.
In the total volume of construction works on the construction of a residential house the cost of the roof is about 18%; quality ensure reliability protect the building from rain, wind, and solar radiation.
Refer to the most common in housing construction pitched roof. The slope of ramps depends on many factors: first, the material second, the climatic zone in which the house is located. In Northern areas, the bias should be done as soon as possible bigger to the weight of snow gathered on the roof and do not create a risk of overloading load-bearing structures. And where there are strong winds, the roof must be kept low so she didn’t suffer from destructive impulses. In southern areas, the roof painted in bright colors reflecting the hot sun rays.
As a rule, the roof of an individual house has a cold attic, and the insulation arranged on the attic floor. In gable (front) wall of the attic and in the roof, make auditory and ventilation Windows (Fig.2). This avoids overheating of the premises upper floors in summer and remove moist air penetrating into the attic from the heated space in the winter. There are standards for the height of the attic to ensure its ventilation, lighting, and aisle. The roof is supported on mauerlat, which must be mounted on attic ceilings not less than 400 mm From the bolt or fight to the floor of the attic distance is not less than 1900 mm. 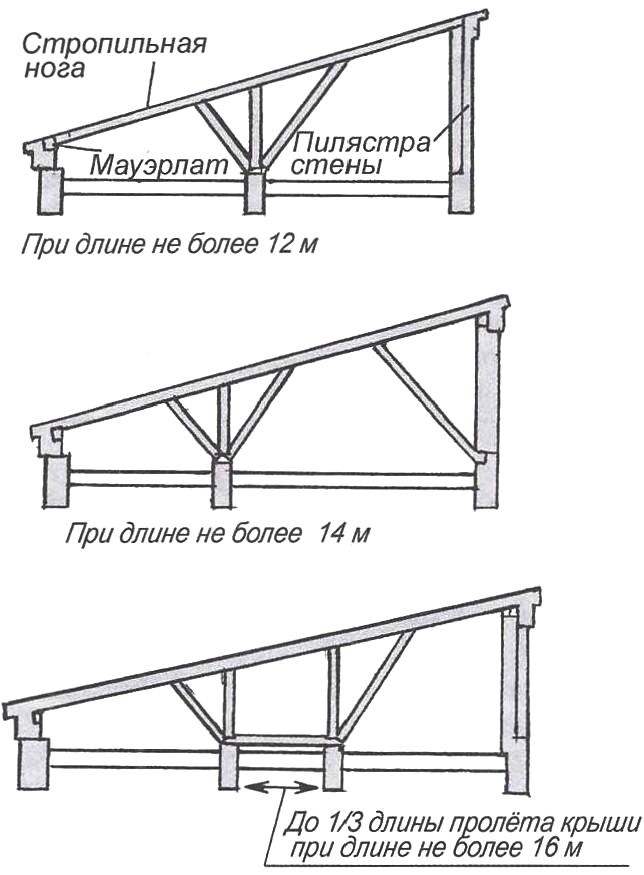 Fig. 4. Fastening the rafters of a shed roof 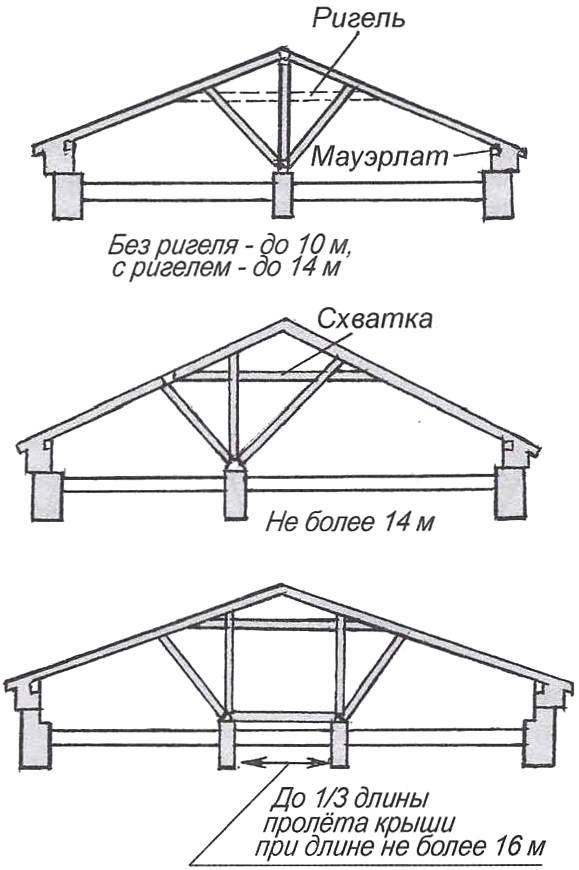 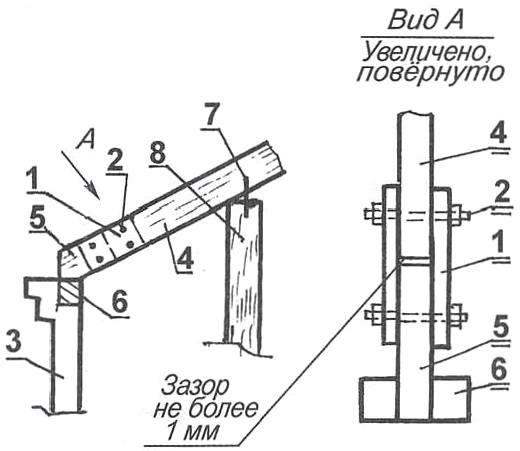 Fig. 6. Replacing the rotten base of roof leg:
1 — wooden side panel; 2—bolt with nuts; 3—exterior wall with pilaster; 4—stropilnaja a foot; 5—a new piece of rafter feet; 6—mauerlat; 7—bracket with two sides; 8 temporary securing(backup)
Fully assembled element to support the roof are called rafter farm. Figure 3 clearly seen, what elements it is composed, and the manner of their attachment. Truss legs (2) are based on mauerlat (4) and the ridge bar (11) which, in turn, is supported on the rack, hung above average bearing walls, floors, and reinforced by struts. With a large span of the rafter the risk of curvature reduces due to the fights (beams) (1). Strong wind blew carrying the truss frame, the ends of the rafter using one mounted to the wall with a wire twist, firmly nailed to the wall with a metal crutch (6, 7). The spacing of the rafters is from 800 to 1200 mm. All the wooden elements resting on concrete and masonry details must be isolated from them with the help of roofing felt or tarred wooden sleepers.
Design supports to overlap depends on the width of the span roof trusses. If the roof is pitched, you should focus on figure 5. If planar, the size is kept in accordance with figure 4.
If the width of the span of the roof is less than 9 m, use the hanging rafters. In this case, the rafter feet rest on the outer wall, and the ends of the reinforcing beam, the so-called puff. Formed a rigid triangle. You can optionally type in to mount the top bolt.
Lately the construction industry has mastered the production of finished wood and metal trusses, which save the developer from complex assemblies. Moreover, the base of the trusses made of reinforced profile that allows you to make the attic floor on these elements.
After completed installation of the rafters, the builders arrange for a wooden crate, composed of strips or boards nailed across the rafters. The degree of density depends on the roof design. Than it is heavier (slate, clay tile), the denser the boardwalk. For example, if a slate roof distance between the boards or timber crates do not more than 490 mm, while the clay tiles — not more than 330 mm. Line connecting elements of the roof have to be on the Board sheathing. In places mates ramps, eaves and along the skate crate solid pitch.
Below the rafters, the ceiling sheathe usually gypsum sheets, and inside lay the necessary hydro – and thermal insulation.
If the attic has a spacious, you can use it under the attic floor or ancillary areas.
Construction companies usually include services for the construction of the roof in the full amount of the construction of a house.
Repair rafter of the roof
If any wooden elements of the roof fell into disrepair, along with the removal of defects it is necessary to identify the cause. Most often it is — a violation of the roof, poor ventilation of the attic, poor insulation and hydroperoxidase podkidnogo space, loose the lock of the attic hatch, overflow expansion tank water heating.
During reconstruction of the roof is recommended to dismantle its parts in order to avoid getting wet during a rain falling out. For repair of wooden structures should be used lumber, moisture content is not more than 25%. Major elements, such as rafter feet, should be treated with fire retardant and antiseptic compositions. You must carefully examine all wood components on the subject of defeat rot, fungus and beetle-grinder. All damaged area must be carefully removed, with the roof and burn. If the damage is minor, you can otesat this place and treated with antiseptic. Then check the insulation integrity of wooden elements from concrete and masonry structures. Not allowed to seal the ends of wooden supports in the wall masonry. If the rafters are changing any detail, design raskrepljajut to efforts to model elements perceived temporary structures.
Rotten end rafter legs removed and install new, attached to the remaining part of the two side plates and through bolts with wide washers, and the cross-sectional area of these plates should be not less than the sectional area of the truss legs (Fig.7). In the figure the cross-sectional area of the position 1+1 = cross-sectional area position 4.
Mauerlat and insulating lining are changed, using an automotive Jack. Sagging roof eliminate only by leveling or replacement of truss legs. Inadmissible her Board to correct this defect.
All joints and notching load-bearing structures must be tightly fitted, the gap may be not more than 1 mm. it is Unacceptable to leave through the cracks.
The developer should know that if he decided to change the type of roof covering, then he will likely have to seal the crate and possibly modify the slope of the rafter.
V. HARBLUK