At their summer cottage in inclement weather you can hide in the room. However, on a Sunny day sometimes want to hide from the scorching rays. And if the area no big trees, which would give a saving shadow, then it is not necessary to build a solid capital gazebo, as is often done. It is possible to equip the area with simple covers, like shown in the figures. This is not difficult to find these available designs that will not only be saved from heat, but also decorate the area.

Here is a simple canopy on four pillars, covering a small area, lined with concrete slabs or plates of linoleum or reline. This aerial gazebo is good because it requires for its construction the high cost of labor and materials, and will serve as no worse than stationary, with the before last a lot of advantages. And, above all, limiting access for self-production. Eight wooden poles or pipe sections and ready with a lightweight frame consisting of four uprights and the upper frame to tension the awning.

Stand and the elements of the frame are interconnected by means of suitable bolts and nuts. Fixing racks can be simplified, in plain recessed in the ground, or with the addition of rubble stone filled in with concrete. Possible portable version. The basis of his serve as fixed in the ground pipes, which stand will simply be inserted at the beginning of the season, and in winter be removed for better preservation.

As the awning can be used various material from cloth to curtain or upholstery fabric. The edges are rows of usersthe through which is passed the cord, with it, the awning is stretched over the top frame. 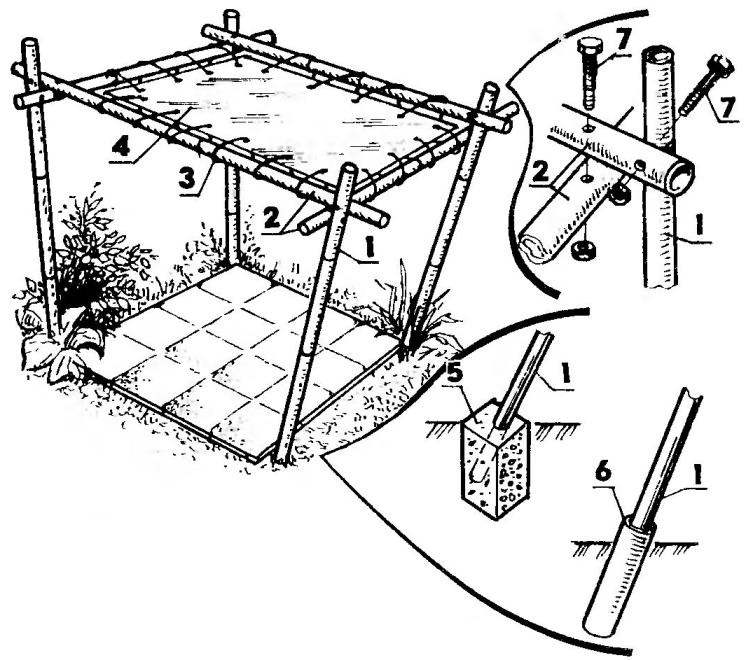 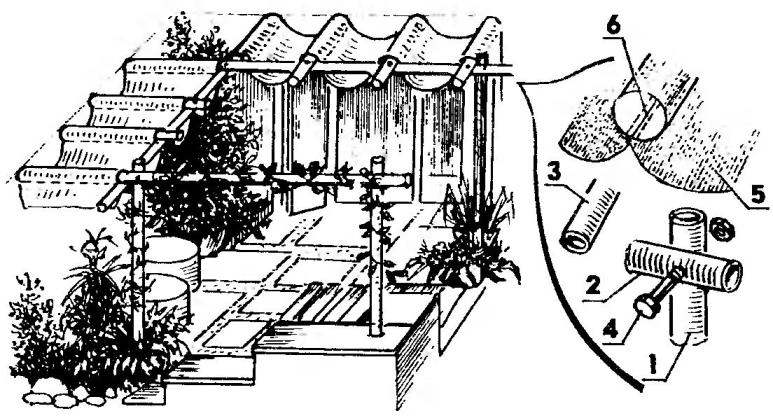 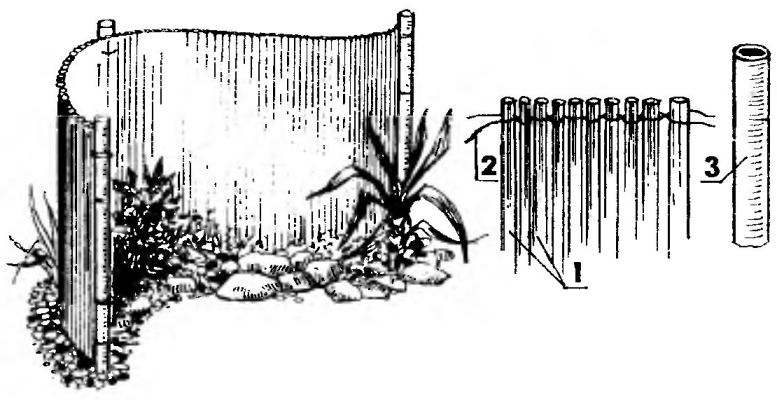 The canopy, arranged at the walls of the house, can perform the role of shaded terraces. This will require several racks of poles and horizontal poles with sparse crossbars. This overlap will be enough to throw on top of a suitable cloth, for example, a matte film is used for greenhouses, tissue or “tracks”, if you want a more dense shading. The panels do not have to pull — fixed only at the ends, they can SAG if the canopy is arranged on the leeward side. However, for greater reliability on the panel should flash for a kind of latterman cross bars placed on the roof of his bed canopy.

It is easy to protect on the land a place of rest and from the wind by erecting a long wall of thin poles or slats. It is enough to dig two or three pole, which will serve as a support wall and to ensure its sustainability. And the wall form a twisted top and bottom cord collected close to each other poles or rails, which can just be on land. Attached to the same cord to the support poles, this screen not only forms a calm wind area, but also serve as a decorative element in the area.