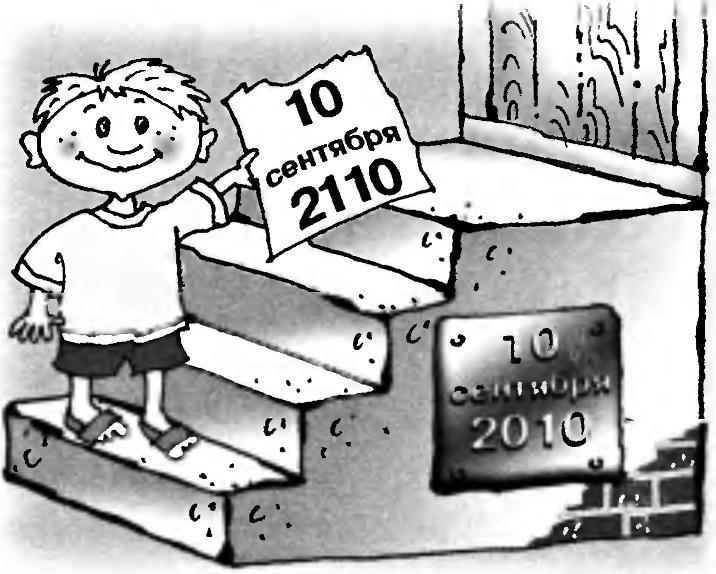 Decided to share with readers design “durable porch”. Beautiful and durable step can be made quickly and simply to any person does not possess the skills of a bricklayer.
For the manufacture of the porch will need the following tools: drill, drill bits 6-12 mm; cutting machine “Bulgarian” with disc diameter 125 mm; tap M8, key 13, screwdriver, vise, level, trowel and hammer. Materials: brick anywhere; the battle of brick or rubble; flat slate; metal angles (enough 45×45 mm); М8х25 mm screws (with countersunk head); wire diameter of 2-3 mm. 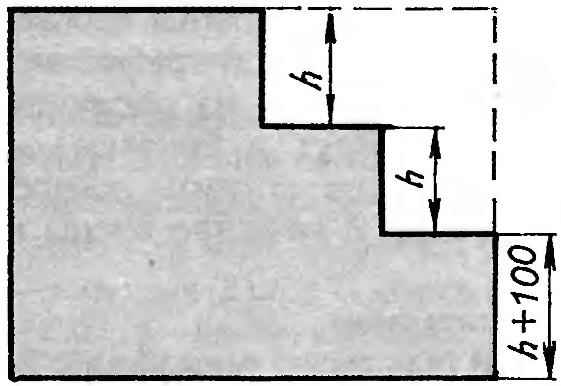 First you need to determine the size of the porch and its steps, taking into account the dimensions of available flat slate, suitable for formwork. Specifying, on two sheets of slate mark and draw the sides of the porch (Fig. 1). Attention! The bottom rung should be 100 mm above the rest (given the depth of the sheet).

Carved from slate sidewalls connected between the front band narrower with metal corners and screws with nuts. The result is a “box” under the brickwork and grouting (see Fig. 2).

Next is marked the position of the porch and the perimeter of the excavated U-shaped groove with a depth of 50-70 mm. 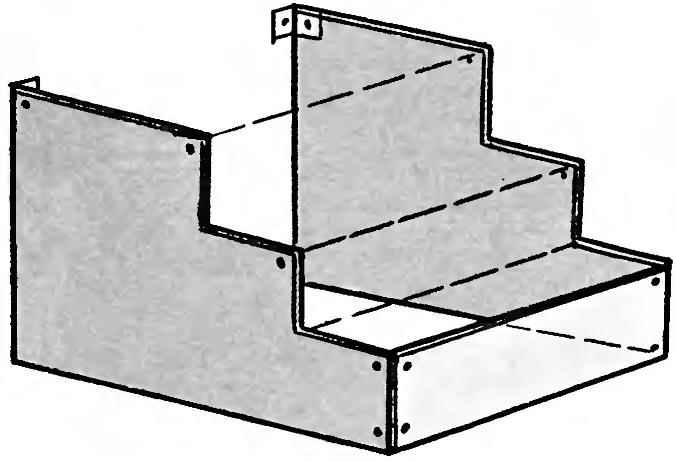 Now, checking the level and if necessary, placing the base of the structure the brick rubble, at this point, place the “box”-the formwork. He then with corners, screws and plastic dowels attached to the wall of the building, as seen in figure 2. Before screwing the screws don’t forget to drill holes in the slate holes for sweat.

Securing the design, again check with a level position. Then cement mortar with brick battle fill the lower part, thus setting the Foundation of the future of the porch. 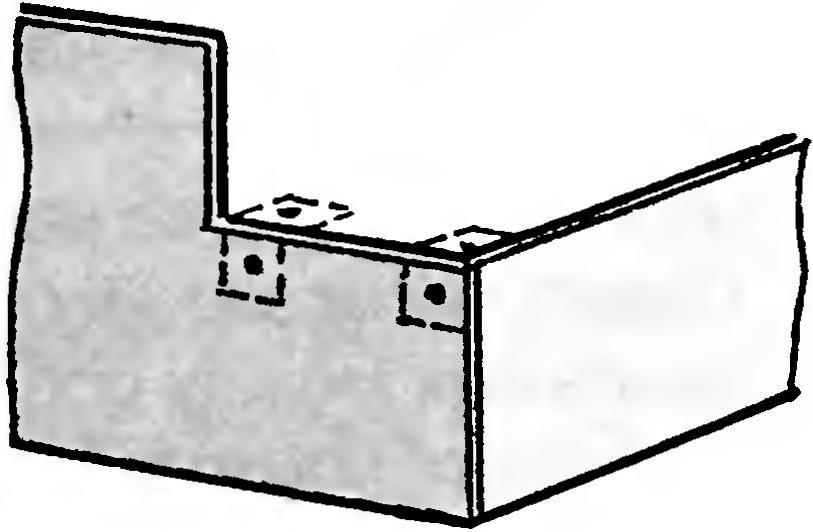 After waiting, when the solution will seize, start to fill the box with bricks and put the steps, spreading them evenly around the perimeter of the structure. The clutch is in a half-brick. In the mortar between layers of brick is laid for the strength of steel wire with a diameter of 2-3 mm. 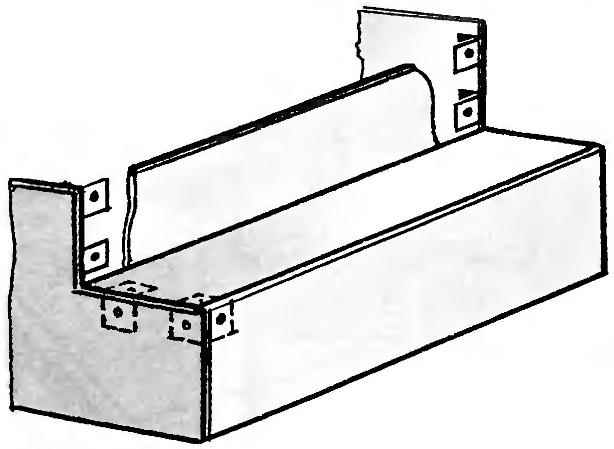 Before reaching the top of the first stage, set in the place of fastening the veneer additional angles (see Fig. 4) and on the place of installation of the front wall of the second step. The slate is cut trim upper area of the first step, so as to completely cover the clutch. The sheet is placed on top of the corners of the first stage and 8 mm drill in it apertures so as to leave marks on the horizontal shelves of angles. Then the angles at the remaining marks the return drilled holes for screws MB and tapped. Then the top of the masonry of the first step is completely filled with mortar and covered previously customized a billet top pad, which is firmly pressed and fastened by four screws. Speaking on the remnants of the solution was removed (the solution should be thick).

Further, from the slate cut of the front wall of the second stage, which is mounted vertically, entering the lower edge of the first step. Part is fixed to the corners of the main structure, also using screws and nuts (see Fig. 4).

Then resumes brickwork. Its internal space is filled with a mixture of brick scrap pieces of wire and mortar. Operation with stairs continues in the above-described sequence until the completion of the planned number of steps to your porch. 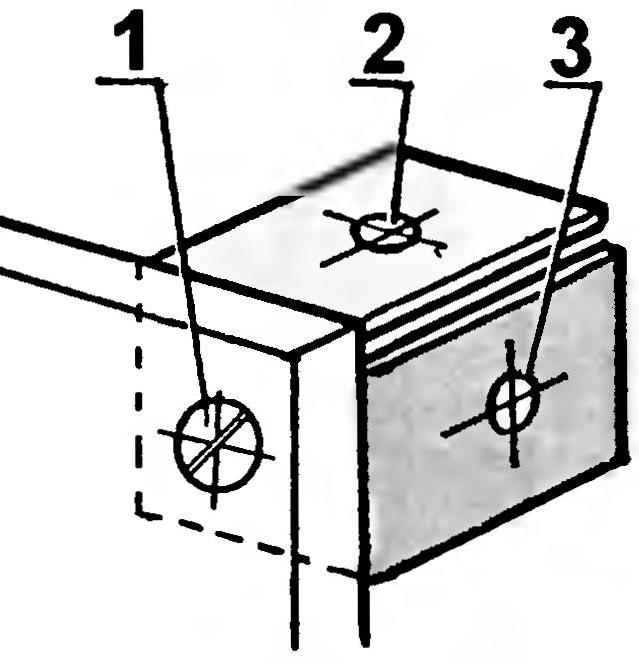 When he reached the top, cut out a large leaf area. Also, as before, is the markup, the holes are drilled and tapped. Bay the top of the solution, the sheet tightly and fasten.

And finally—a few tips. First, the parts must be strictly flush with the abutting horizontal planes. Second: in order not to make unnecessary holes in the intersection of two planes, both area are mounted with one screw (1, Fig. 5).

This design of the porch has a number of advantages: it’s strong geometric shapes, easily built, easy to clean, and most importantly, resistant to weather conditions and reliable in operation.