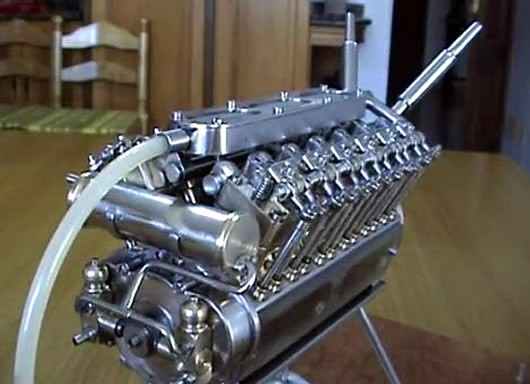 A Spanish engineer named patalo were collected 12-cylinder V-shaped engine, which, he believes, is the smallest such engine in the world. The engine consists of 261 element, made of aluminum, bronze and stainless steel.

Engine capacity was only 12 cubic meters. cm, the cylinder diameter is 11 mm. According to the Spaniard, the creation of the smallest V12 engine he spent more than 1.2 thousand hours. His creation is not for sale, he is dedicated to his children.