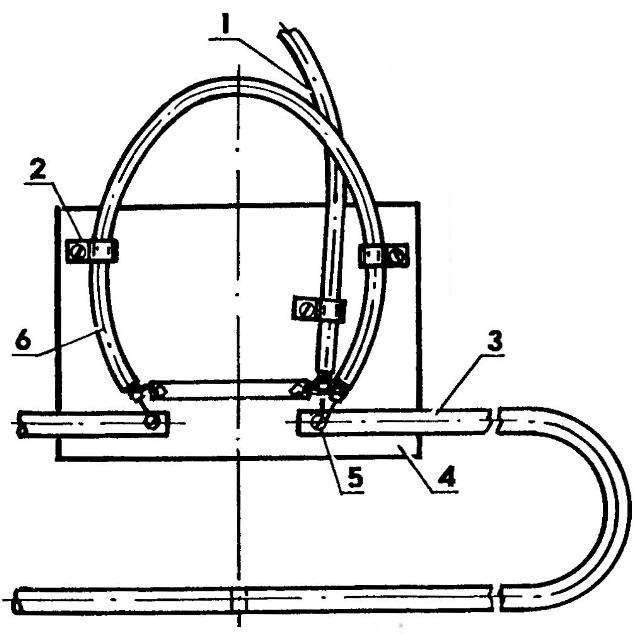 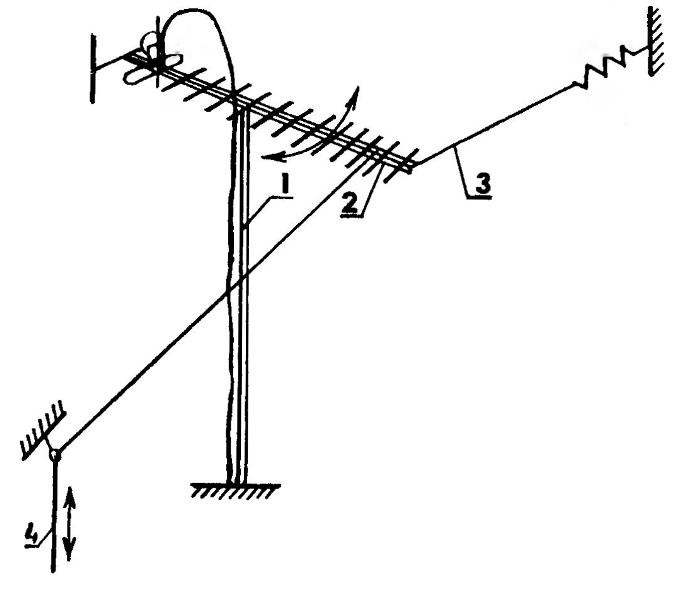 Method of orientation of the antenna on the transmitting television station:
1 — mast; 2 — antenna; 3 — “versus” (a segment of fishing line with a spring); 4 — the leash (line)
It is usually difficult for the eye to determine the position of the antenna with the best reception, especially for designs with wide beamwidth. But easier, if you focus on transmitting the television station used the snap.
In particular, when the free lower end-of the leash provide a label moving along any uniform scale, for example ruler. On the scale, make notches in the two end positions of the label corresponding to the limit angles of rotation of the antenna in which there is disruption of the television image. The exact direction of the television center corresponds to the position of the label relative to both the ticks on the scale.
The lower end of the fishing line is fixed in this position and move to the antenna, performing a final rigid fixation of its arrows in the direction held by the leash and “counterbalance”, the spring, which is preferably positioned in the vicinity of the point of attachment to the support.
Yu. A. Pozdnyakov