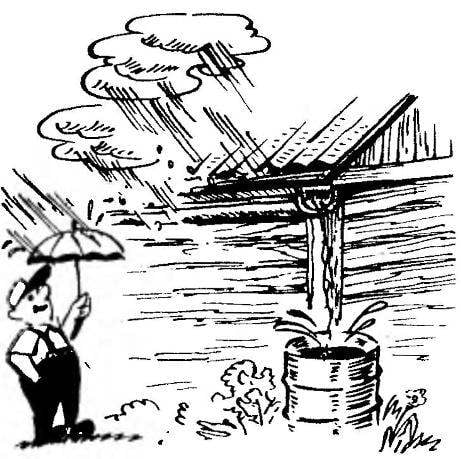 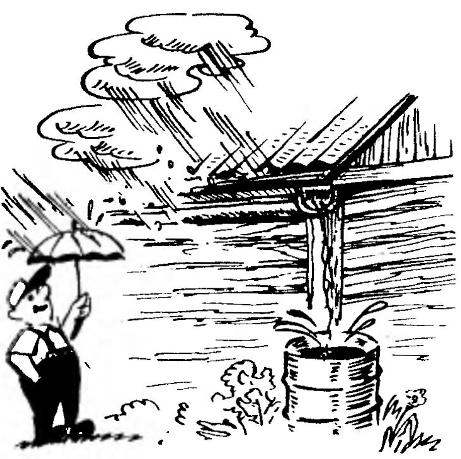 My new house is all good, but there is no drain. From the roof pours on the Foundation, and the wind and walls. Shop gutters with brackets and especially the elbow pipe with funnel of its kind “inspire a quiet longing”. I do not want to spoil their good looks at home.
I decided to do my own thing.
Why not hang the gutters directly into the edge of the roof, because the roof of corrugated iron hard, and in places overlapping sheets even stronger? I made the brackets from steel strip and covered them with primer and enamel paint. “Bed” in brackets made radius gutters, and gutter from defective plastic pipes with a diameter of 100 mm, cut with a hacksaw with fine teeth along the axis in half.
The attachment of the brackets to the roof is pre-determined on the ground along the length of the troughs and taking into account the distances between the overlaps of the roofing sheets. It is acceptable to install the brackets and outside the overlap, especially if the gutters to remove for the winter. Aspen gasket between the roof and brackets picked up different thickness: the closer to the Weir, the thicker, turned to the small slope of the troughs. For the reliability of the connection strip is first attached to the brackets with one screw, and then through the holes in the brackets drilled holes in the strips and the roof and all of this put together with galvanized bolts M6.
When building in areas overlapping gutters paved the sealing strip of soft rubber with a thickness of 2 mm. off the end of the chute most remote from the Weir. 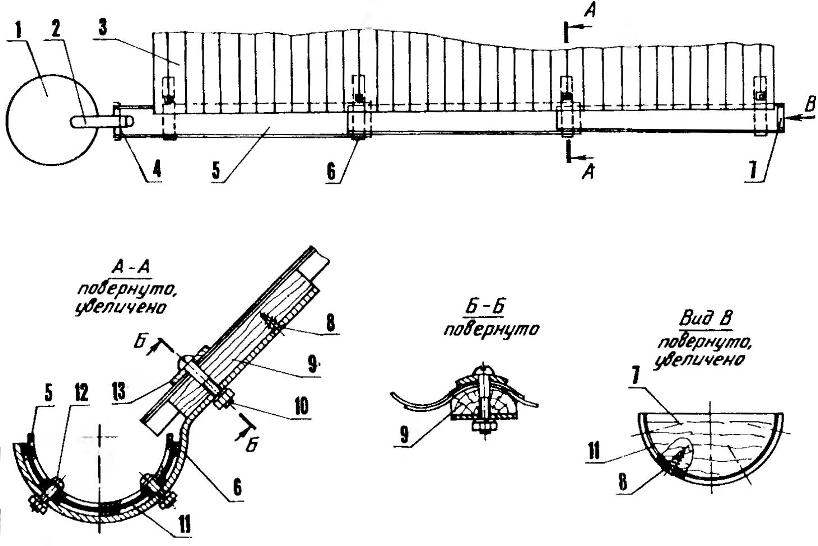