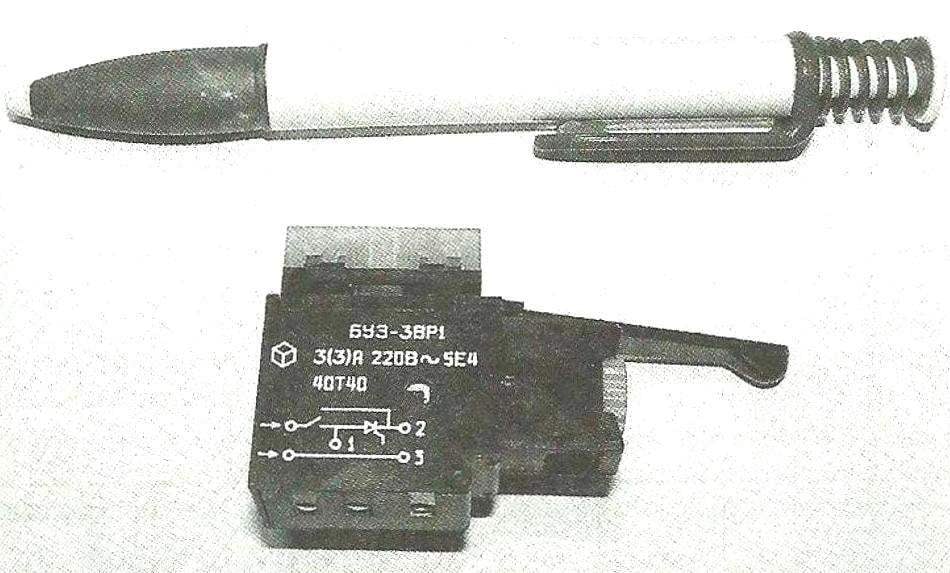 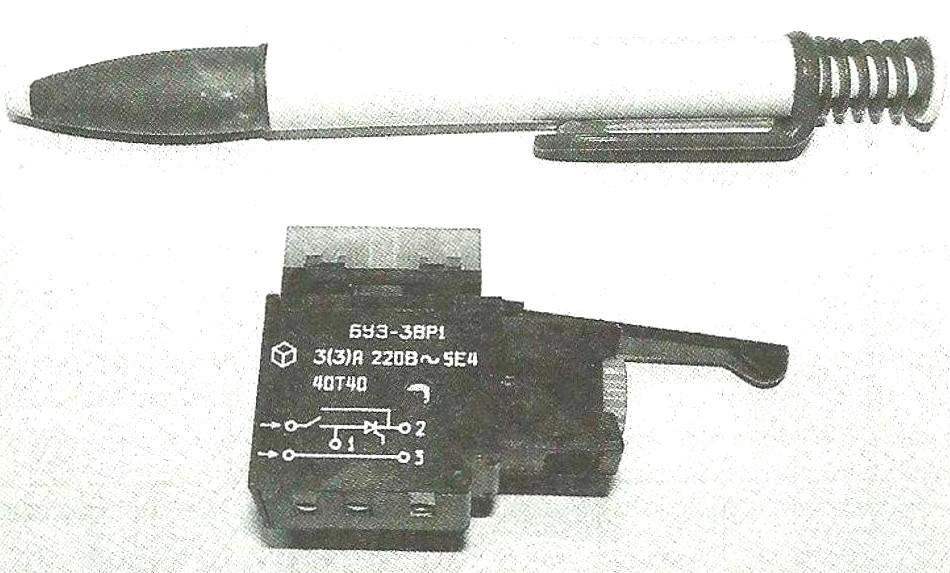 A simple power control of the load can be made from industrial phase speed controller electric BUE-ЗВР1. This device has small dimensions 50×55 mm, excluding handles and a reversible switch. Its purpose is to regulate the speed commutator AC motors.
As for the control units drill (BUE) in General, they are made on the same principle, and contained within a multi-turn variable resistor and the triac. As elements of “obiski” in the circuit there is a dual non-polar capacitor (type K73-53-3 or similar) with tap from mid point – it is needed to smooth out surges through the field winding drills. Sales are like him (in appearance and markings) industrial instrument applied to the body marking BUE, UAH (voltage regulator), etc.
The maximum voltage to the load is supplied when the variable resistor (included in the scheme of connection) minimum resistance. In some types BUE (as in BUE-ЗВР1) provides a reverse switch to reverse the motor rotation. In the marking device indicated by the letter “R”. Marking the numbers after the abbreviations BUE corresponds to the maximum current in the load which it is capable of this regulator. For example, GRN-1-220 is designed for current 1 a and voltage 220 V.
In other related devices, such as BUE-1, reverse mode no, but the scheme include all BUE identical. The control voltage supplied to the load, is due to the delay of opening of the triac with respect to the instant of transition of the voltage (sine wave) through “0”.
Current consumption BUE-ЗВР1 no load “idle mode” only 10 mA. In the BUE button mechanical fixation of the position of the inclusion (in this case it is important) – for the use of the instrument in the regulation of the power load. Before using a mechanical “trigger” the inclusion need to drown to the limit and locked in that position by the lock button. Located in the end of the “trigger” control knob of the variable resistor to regulate output voltage. These parameters BUE allowed to experiment with the use of the unit as a controller of the load voltage, in the form of an incandescent lamp. Wiring diagram for BUE is shown in Fig.

Electric circuit of control unit electric drill (BUE)
Power lamp EL1 should not exceed 400 watts. Connected parallel to the lamp, the voltmeter showed a voltage of 35 In one extreme position of the regulator, 225 In the other. The experiment was conducted in the evening under artificial light with a frequency of voltage in the lighting network of 50 Hz and a voltage of 228 V filament lamps, for a voltage of 220 V it is possible to apply the soldering iron (limiting thus its capacity) and other suitable devices.
For power control, load any other elements is not required. The cost of BUE in electronics stores today does not exceed 70 rubles. Connect input and output circuits is made according to a drawn on the body BUE the Pinout and terminals. Contact BUE under the symbol “1” used to connect the capacitors and the excitation winding of the motor is ignored.
Described BUE is designed to work both active and inductive load capacity of load of 400 watts (we are talking about a temporary load switching). That is, the use of BUE in 24 hours with a load capacity of 400 watts will bring it down because of the violation of the thermal regime. For long-term use must be carefully disassembled the case BUE and set the thyristor to the cooling radiator area of not less than 200 cm2. The range of adjustment of the current of the load voltage relative to the input voltage of 220 V is in the range of 15…98 %. Operating temperature range -40…+70° C.
A. KASHKAROV, St. Petersburg