The owners of a motorcycle with a sidecar often wonder about how to increase its capacity? The original solution to this question offered a reader of our magazine A. Tatarnikov in his article “Compliant trailer”, published in the “Modeller-designer” №12 for 1992. The design of its motorized with asymmetrical location of the node coupling and gauge coincides with the track of the tractor, has become quite popular among motorcyclists. Over the years, there are many versions of the famous trailer. Today is one of the latest and most interesting.

Article A. Tatarnikova read a few years ago. Loved the space arrangement of the trailer, moving exactly in the track of the motorcycle. By that time I already had a plot of land and a motorcycle “IZH-the planet” with a stroller. Many on the Planet do not move, so that additional cargo trailer was just necessary.
When I proceeded to close its manufacture, faced technological and financial difficulties. In design A. Tatarnikova often used turning parts, in particular sleeves of the rocker suspension. It was also necessary to purchase eight “moskvichova” silent blocks, four motorcycle rear shock absorber, electrical and lighting equipment. All this is not cheap.
So I decided, based on the idea of the author, to build a trailer of his own design. And one that can be done at home with minimal use of machine tools — with only welding machine, electric drills and plumbing tools.
Had to abandon the balance wheel suspension and use the torsion. Own hands to make the torsion is difficult, and I took two of the site of the old motorcycle side trailers BP-65. Collet attachment points to the frame of the stroller dismantled and put instead of them the stub and the housing are interconnected by six bridges. The distance 168 mm between the axes of the torsion bars and the respective wheels are found purely geometrically: perpendicular from the attachment point on a line connecting the points of tangency of the wheels of the road surface (with a combined track of the tractor trailer combination), divide it in half; the track width is 1,100 mm; the offset UEL coupling relative to the axis of the trailer — 225 mm, and the distance between the center of the node coupling and the axis of the left wheel — 1560 mm. was a good hard bridge. 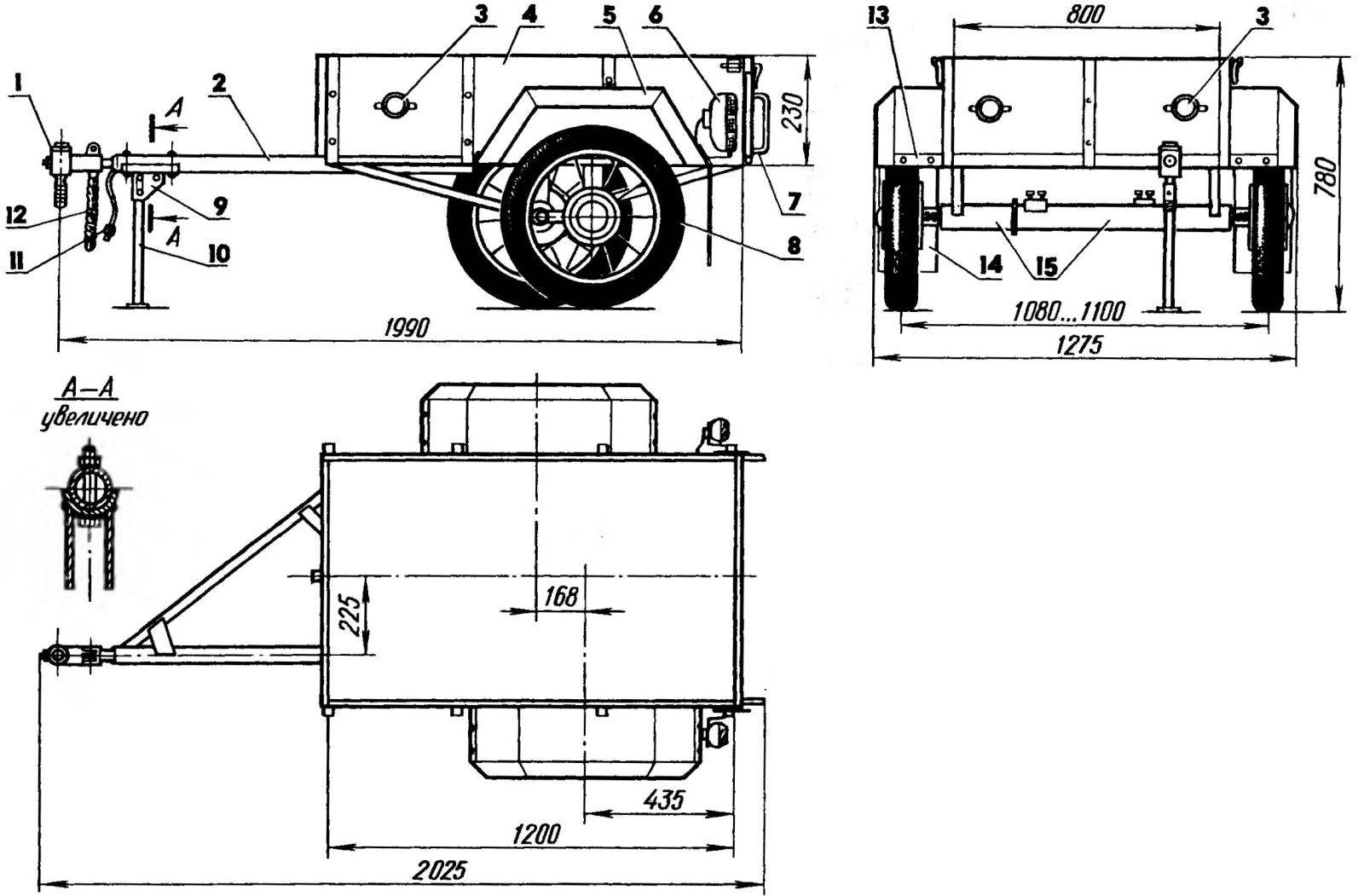 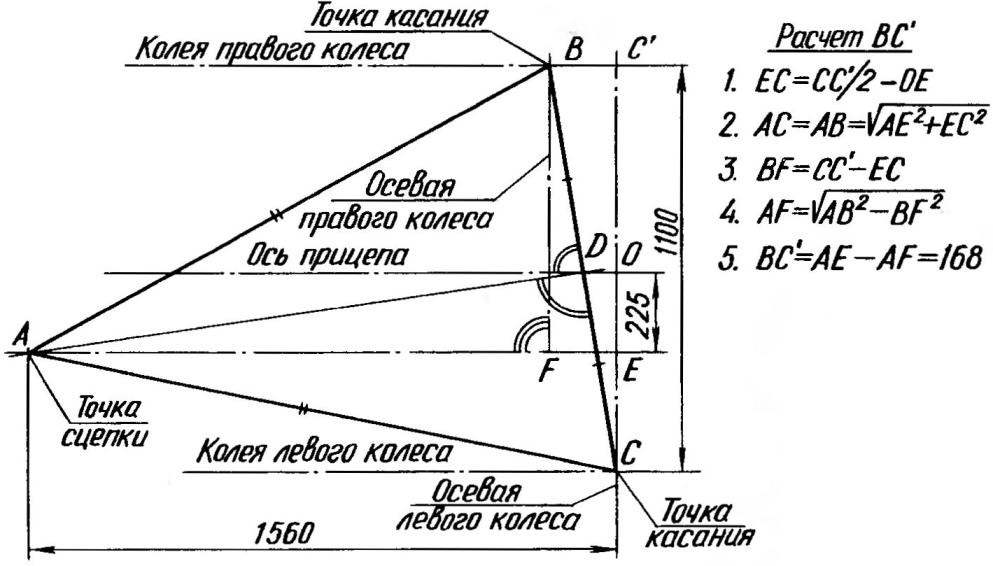 Diagram of finding the distance between the axes of the wheels of the trailer. 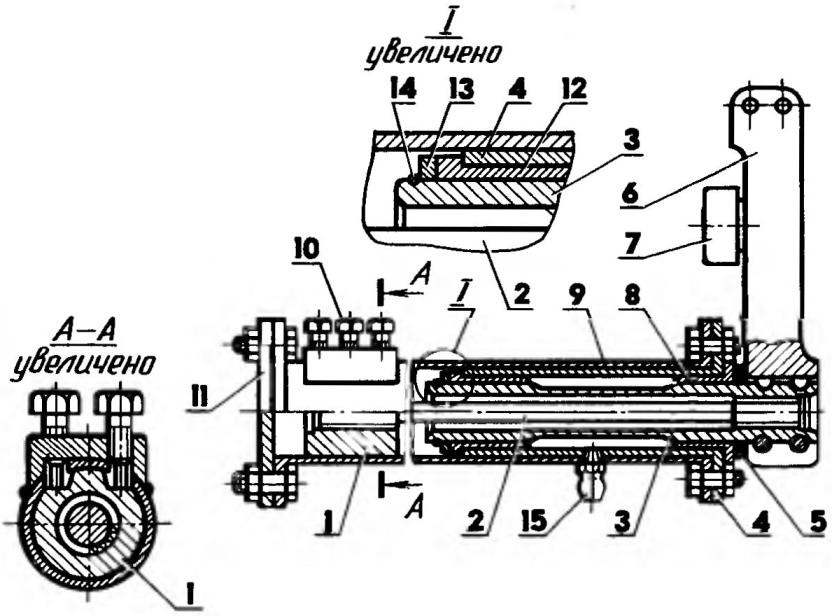 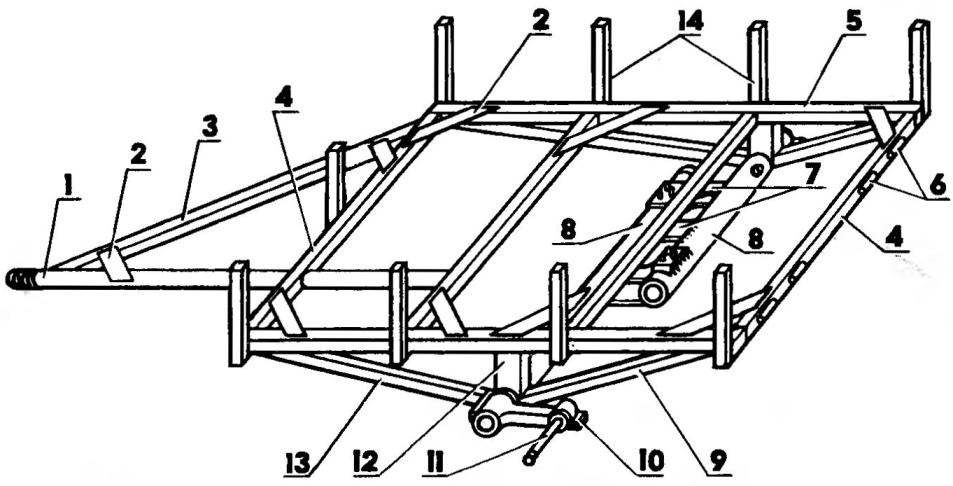 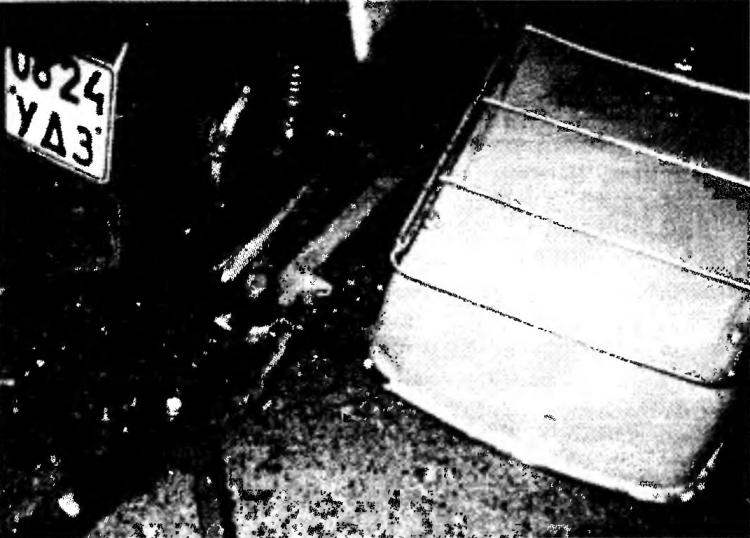 Electrical equipment of the trailer is made in a single-schema, and connects to the motorcycle via a connector mounted on the traction pipe of a motorcycle. Lights of Motopista—two integrated flashlight with “dimensions”, “the turn-rottami” and stop signals.
The trailer I became indispensable in the garden, the vegetable garden and the construction of a country house. Particularly pleased with his “obedience”: it exactly follows the track of a motorcycle, making it easier to manage motophoto and increasing its permeability.
Y. KHOLMOGOROV, G. And f e in a to