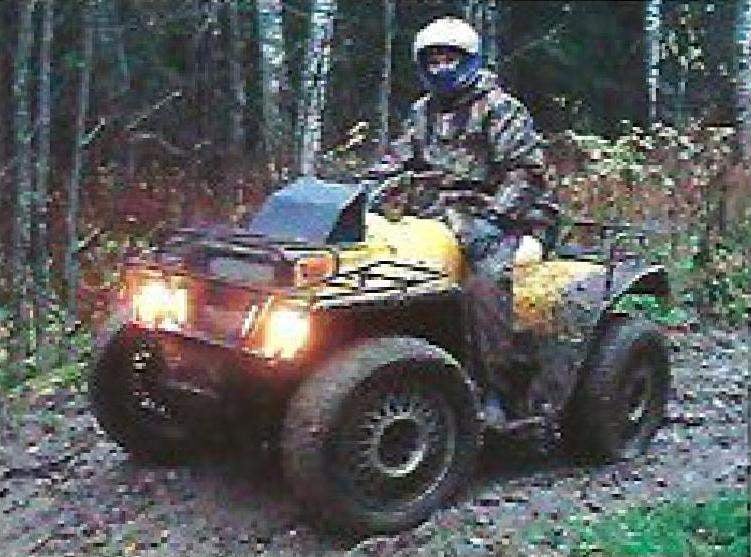 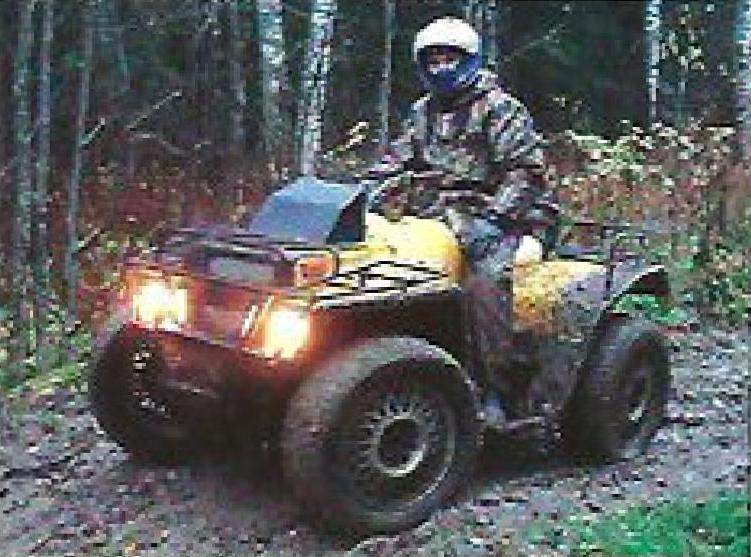 The ATV is made of that which was in the garage. Generally in the construction tried to use as many parts from domestic cars. Yes, and that turning was smaller. Engines with gearbox (welded differential) – from the car “Oka” VAZ-11113. Quad – double. Seat though homemade, but made on the principle of the factory – the passenger sits slightly above the driver, it has the backrest and footrests.
Frame – homemade, made from plumbing pipe diameter 32 mm. a-arm independent podoski also homemade, made of pipes with a diameter of 27 mi. The shock absorbers – from the Zhiguli “classics” front. springs from “Oki”, also front. But in the case of the remake, so pack when traveling alone, sometimes on bumps the suspension breaks.
Front and rear gearboxes – all from the same “classics” remade under the inner CV joints from the VAZ-2109 – the Hubs are also from the VAZ-2109, howling disc brakes.
The wheels are 15-inch radius, using spacers for widening the track. Front axle – switchable through a homemade transfer case.
Case vykleili, made of fiberglass.
The steering is assembled on the buggy and converted into its design. Was made so that you can adjust the similarity collapse. But, as did so never and not regulated: everything is fine – speed is small, and riding on the pavement.
When they built the car, was the desire to register, but then learned how to do this, various references, I decided not to register – then go on the road, and when transferring to the place, then in this case there is a reference in the released Assembly {engine). And the question will arise, though it is not never stopped.
ATV for a year to operate, mostly happy with everything.
A. KUSTOV, St. Peterburg