During winter outings to the country — to relax or for stashing the gifts of the garden — or in a tourist hike of the day can be a situation when you have to carry a heavy backpack. Pull it for yourself, going through the snow — enjoy unpleasant.

For experienced visitors there is a humorous saying: “smart in the mountain will not go, clever the mountain will bypass”. There is a possibility in this case to “circumvent” the undesirable situation, shifting the burden from our own shoulders for easy ski trailer, to collect which, as evidenced by the Hungarian magazine”, Earmaster”, available to everyone.
The proposed option is designed for the use of skiing under their mount. However, inherent in the described design principle can be transformed on a normal cross-country (and even kids) skis. And in all cases, the skis are easily removed from this trailer again used for their original purpose.
And how they are converted in the trailer? With a simple frame under the cargo area, fixed bindings, and a rack that holds socks ski together. 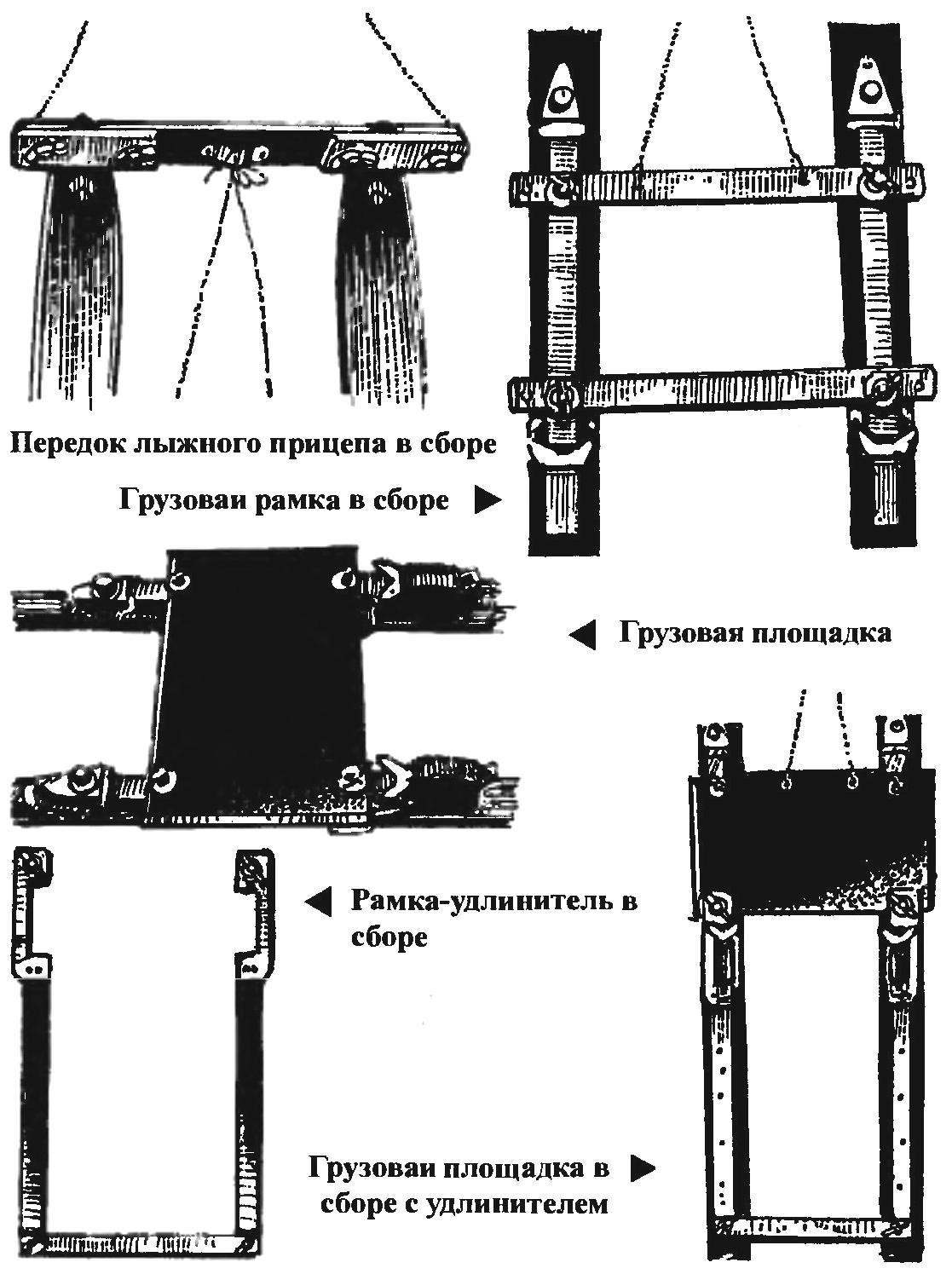 The frame consists of two longitudinal wooden slats base— two straps-crossbars. The dimensions of the longitudinal straps and the limit switches adjusted so that you can fix them to the ski mount. In addition, the backs of the straps are on the bottom of the brackets, precluding lateral displacement of the frame. Between the elements of the framework are collected on the bolts with wing nuts. They are fixed and imposed on the frame of the load platform out of plywood.
If desired, this frame may be added under a big load frame extension, the front of which has a flat metal bracket covering the backs ski bindings and fixed on the frame of the cargo area. The sidewall and the cross member of the frame extension can also be made of wooden slats connected to each other by bolts with wing nuts. Rear trailing edges of the sidewalls are bottom glides, leveling extension on the level of front frame.
As for the front end of the trailer, he is going from one long strap-two short cross bars and overhead bars: the latest attracted with bolts and wing nuts and clamp so ski socks. Ahead of the front are two towing cord, and back, mounted on the crossmember metal eyelet, tether cords to the cross member truck frame. 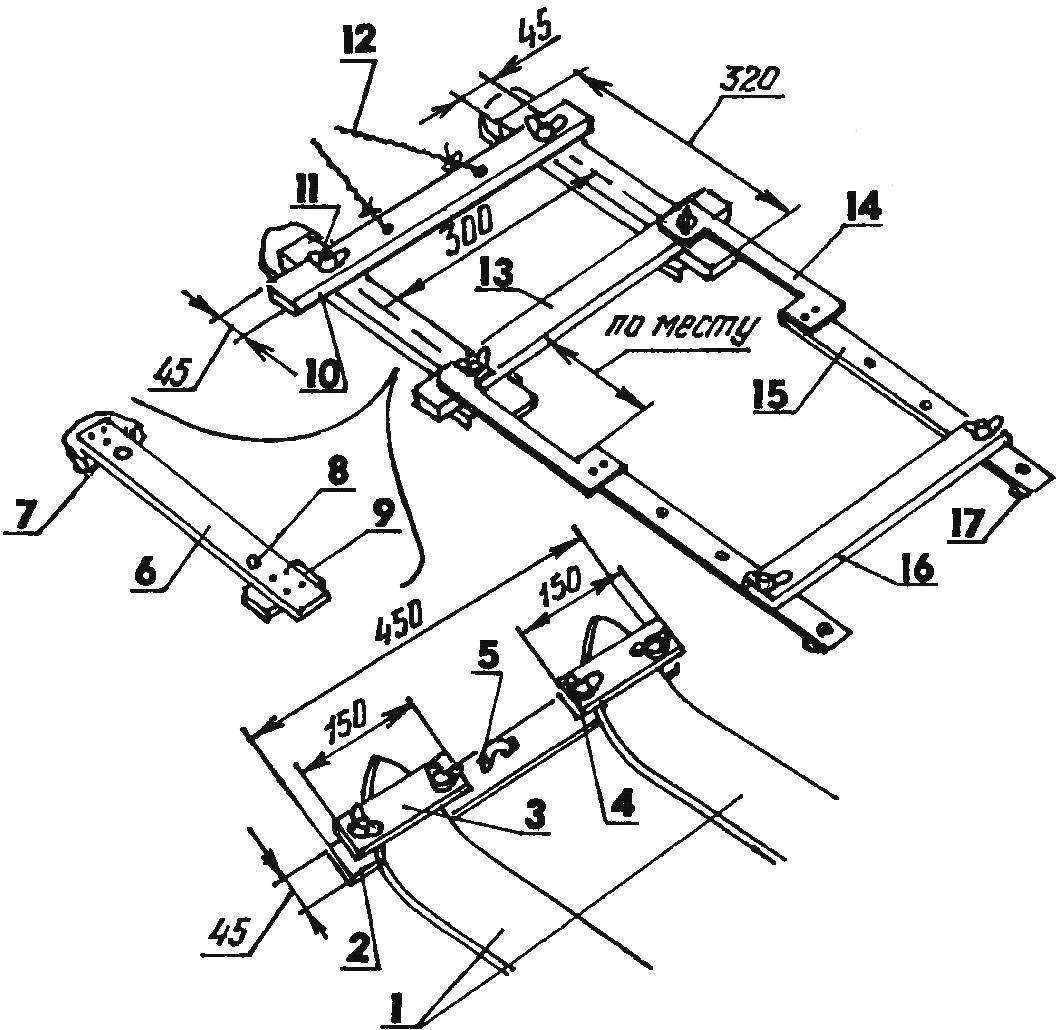